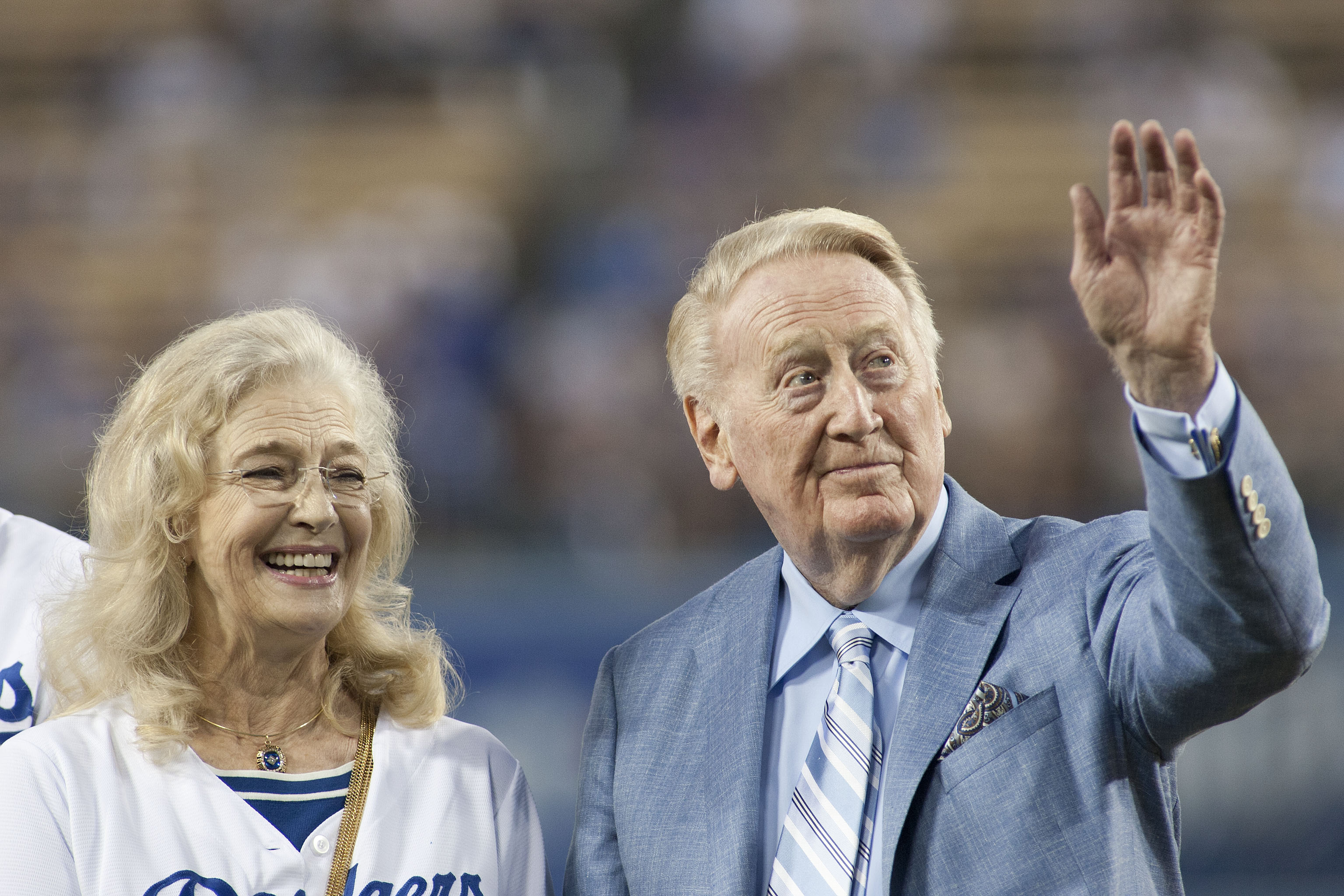 "She is really inspirational," Vin, 93 – who was hospitalized after a fall back in April – told AP last August.

"Her faith is extremely important and I think that's a major reason she's held up." 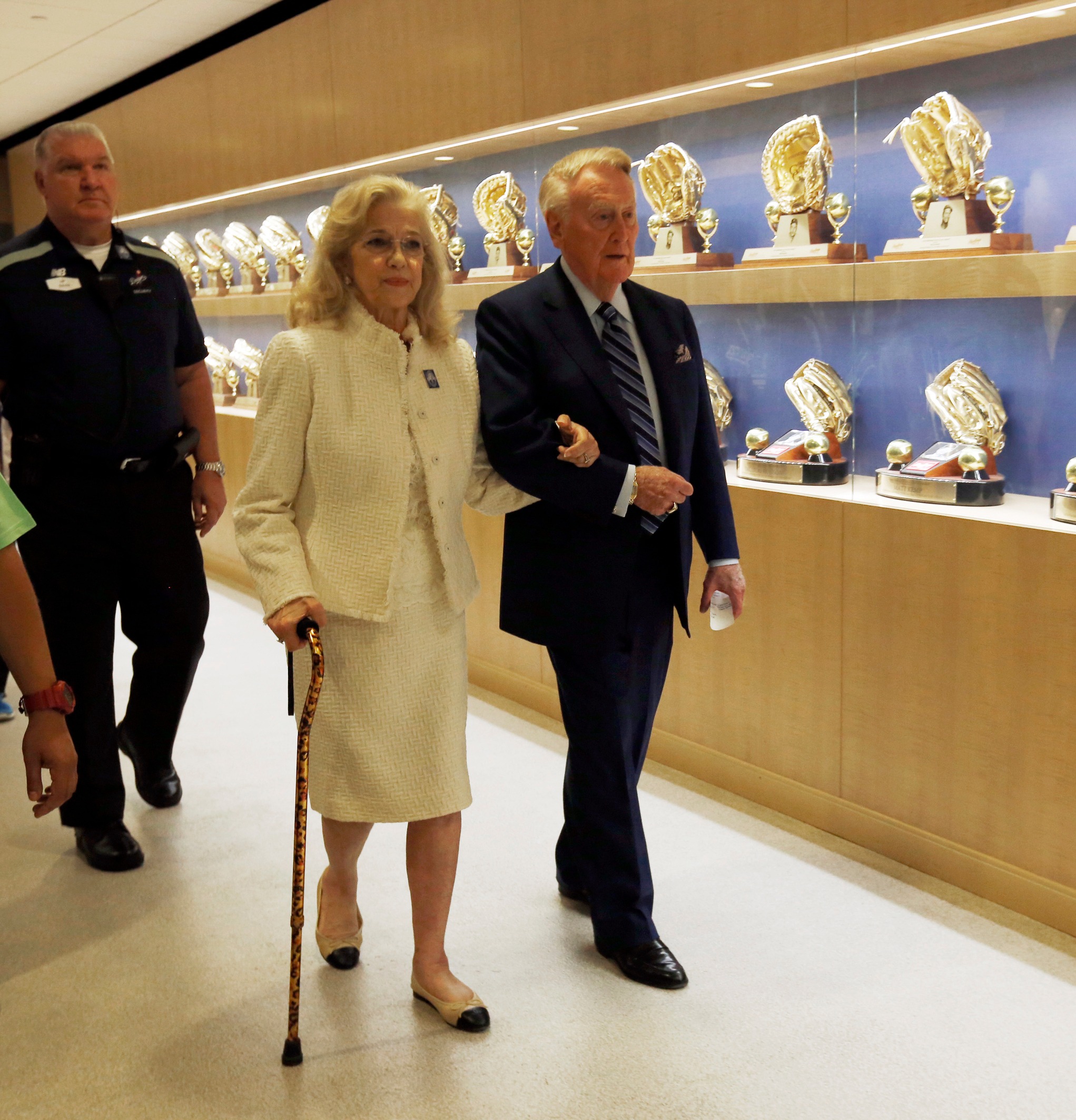 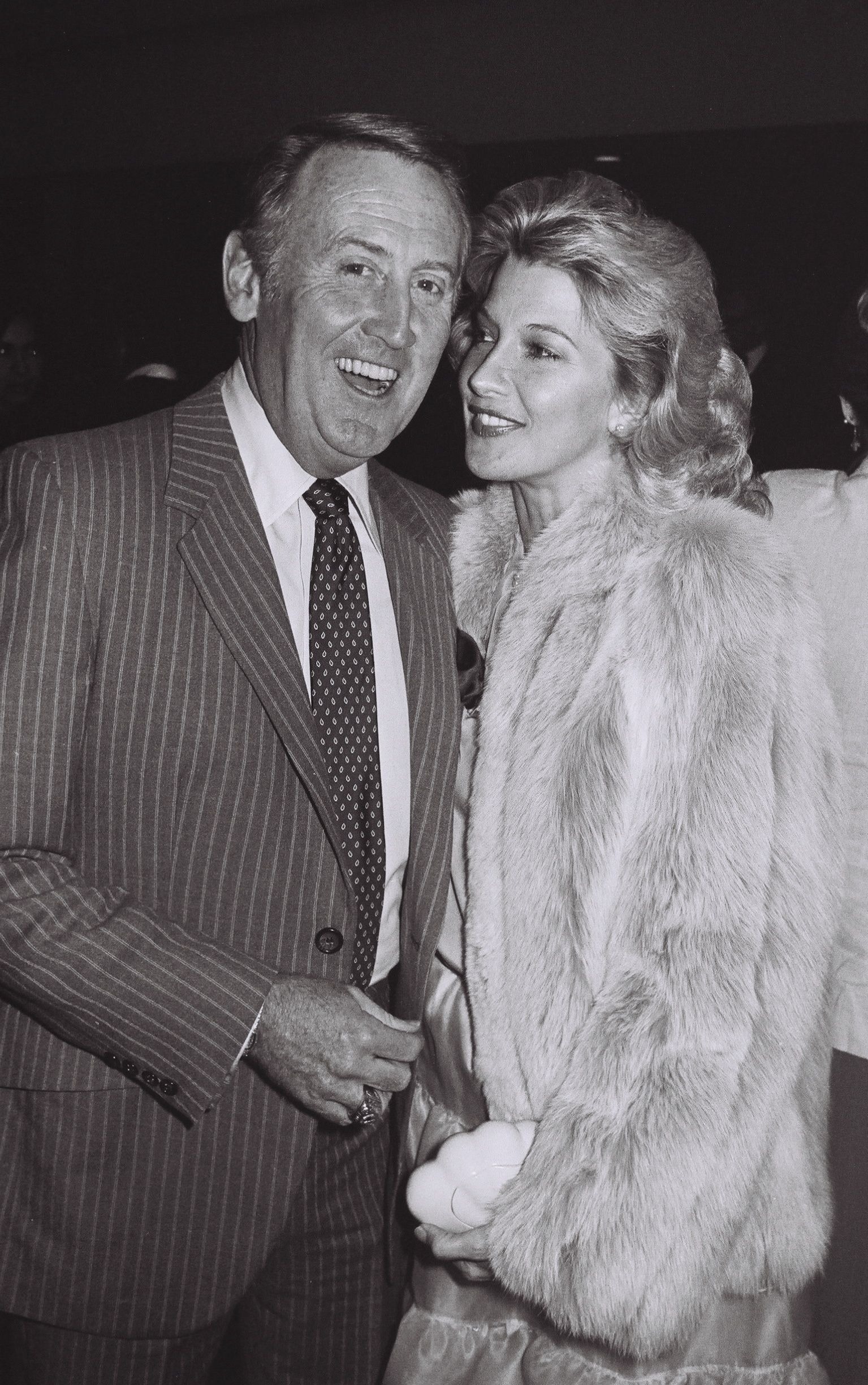 Vin said he found it "ironic" that his wife had the same condition as Gehrig, the New York Yankees great who was forced to retire in 1939 because of the disease. There is no cure.

"We are saddened to learn of the passing of Sandi Scully, the loving wife of Vin and a dear member of the Dodger family," Dodgers president Stan Kasten said.

"Sandi was Vin's biggest fan and was always there in loving support of him at Dodger Stadium until she began her battle with ALS.

"She was truly Vin's and the Scully family's rock, and she will be dearly missed." 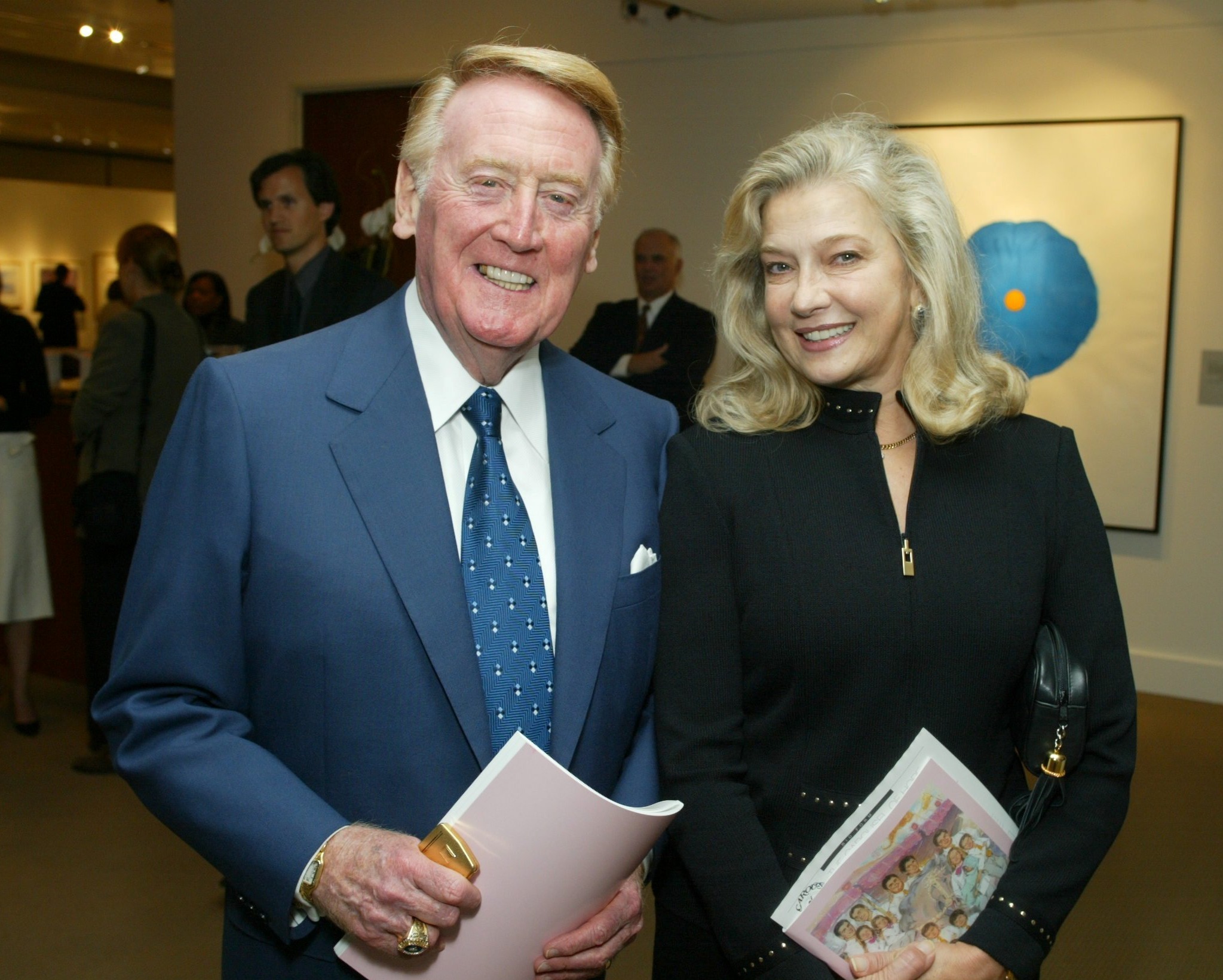 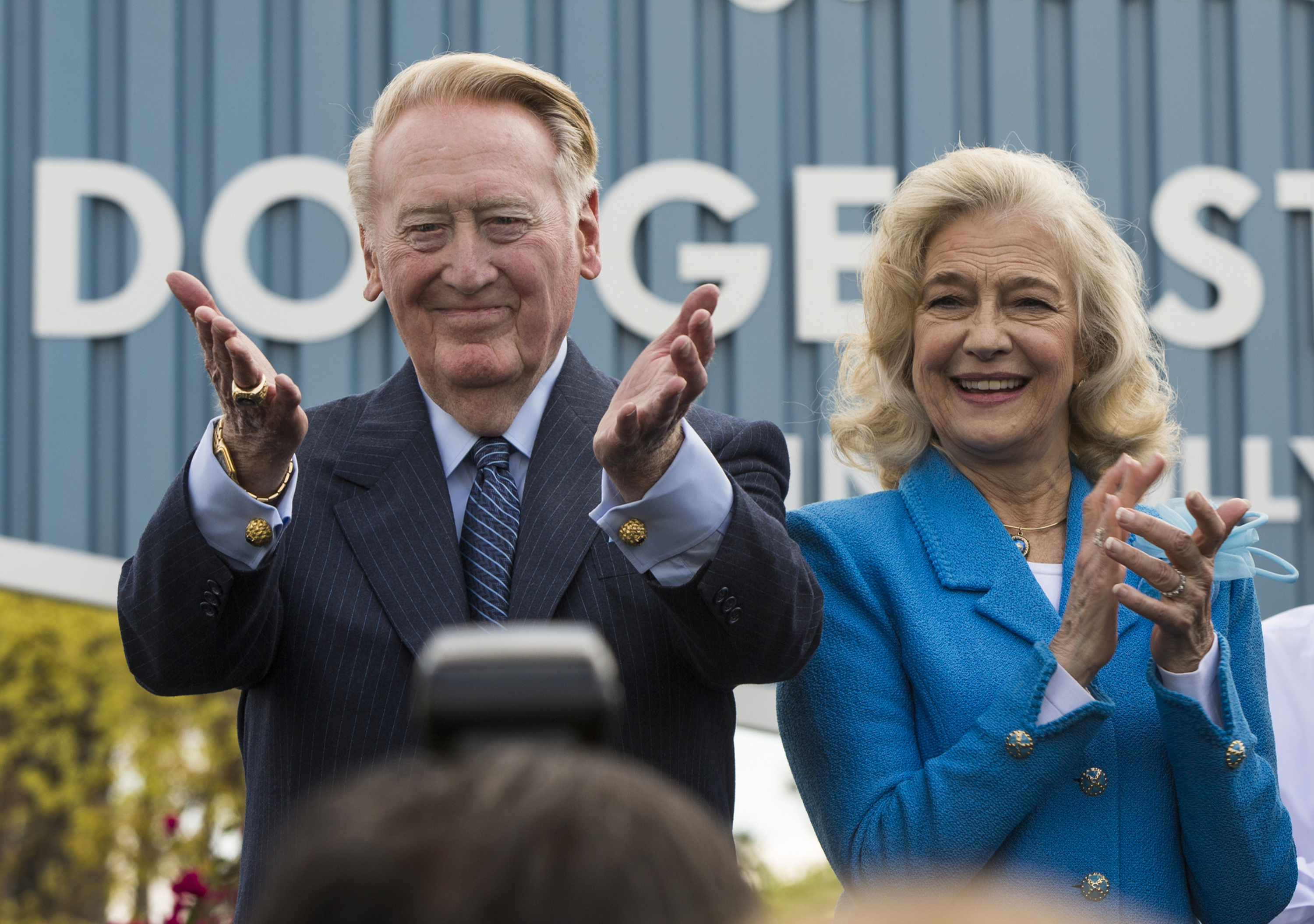 In September, Vin auctioned off years of his personal memorabilia, which raised over $2 million.

He and his wife of 47 years donated a portion of the money to UCLA for ALS research.

Born Sandra Hunt on December 27, 1944, in Cascade, Virginia, she married Vin in November 1973 and they had one daughter, Catherine. 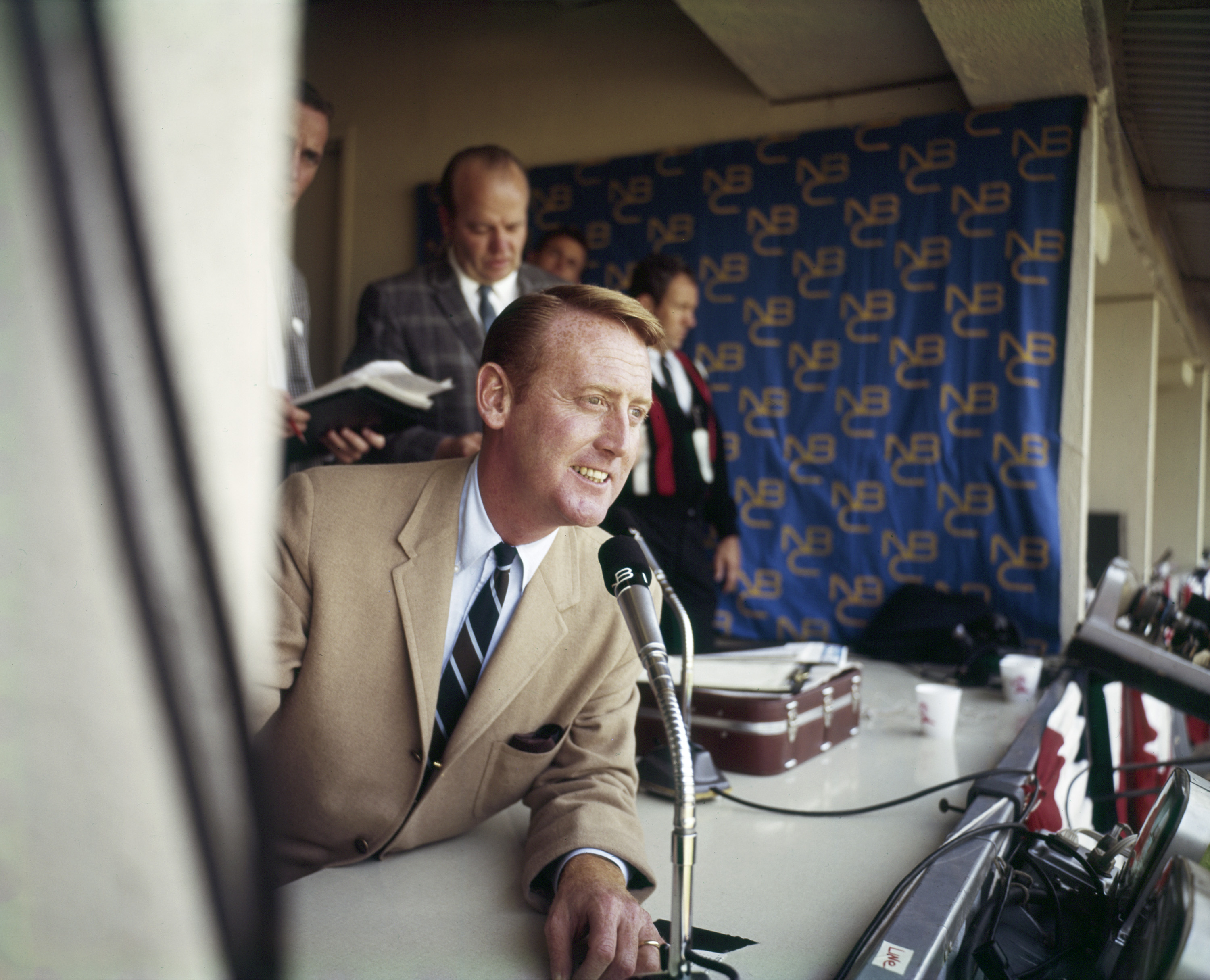 She had two children of her own from a previous marriage and he had three children with his first wife, who died of an accidental overdose in 1972.

She frequently accompanied her husband when he broadcast games at Dodger Stadium.

Vin's 67-year run with the Dodgers ended with his retirement in 2016.

He was in the booth for his final home game on September 27 and he waved to the cheering crowd with Sandra next to him.

The Scully family have suggested that donations may be made to the Department of Neuromuscular Disease at UCLA/ALS Research.

There should be no doubt now how serious the coronavirus pandemic is. The UK has passed 100,000 deaths, and more

There should be no doubt now how serious the coronavirus pandemic is. The UK has passed 100,000 deaths, and more