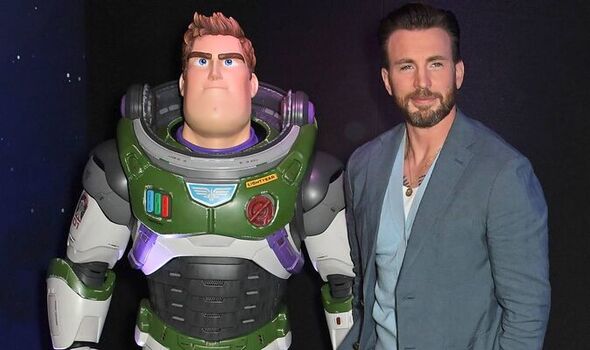 Or is it? Pixar’s latest experiment in brand extension is so ground-breaking, critics need to coin a new term to describe it. Erm… side prequel, maybe? An opening caption helps clear things up.

“In 1995, a boy called Andy got a Buzz Lightyear toy for his birthday. It was from his favourite movie. This is that movie.”

Then the fog descends again. Do the film’s slick computer animation and progressive politics belong in a 90s-set sci-fi? And will this unusually melancholic space adventure be any kids’ favourite movie?

Human space ranger Buzz (Chris Evans) arrives on a distant planet where he gets marooned with hundreds of scientists after accidentally crippling the mother ship.

Guilt-ridden and determined to get home, he keeps testing an experimental rocket fuel in his space-fighter jet.

As each failure makes him jump four years ahead in time, he only fleetingly witnesses the colonists building a new society and his boss (who’s gay and female, which you wouldn’t see in many 90s movies) raising a child and growing old.

After finally achieving warp speed, he returns to the planet many years in the future to find the colony surrounded by hostile robots.

To save the humans (now the grandchildren of his comrades), he must learn the value of teamwork and work with three hapless rookie soldiers (Taika Waititi, Keke Palmer and Dale Soules).

As earnest human Buzz is a lot less fun than his deluded plastic namesake, the side characters needed to be much more amusing.

Thankfully, there’s a decent animal sidekick. Like all felines, Buzz’s robo-cat Sox (Peter Sohn) is cute and full of fiendish, violent surprises. If this really was Andy’s favourite movie, there would have been a moggy in his toy box.