Home » Line of Duty: Who is Ian Buckells? When has he been in drama before?

Line of Duty series six has been focusing on the investigation into DCI Jo Davidson (played by Kelly Macdonald) and her leadership in the murder investigation of Gail Vela (Andi Osho). But while AC-12 have been looking deeper into corruption within the force, they came across Detective Superintendent Ian Buckells (Nigel Boyle). Unfortunately for him, Jo led Detective Superintendent Ted Hastings (Adrian Dunbar) and DI Steve Arnott (Martin Compston) straight to him.

WARNING: This article contains spoilers from Line of Duty.

Suspicion was surrounding DCI Davidson but she pointed out to DI Kate Fleming (Vicky McClure) some of Buckell’s own activities.

He was the one who had Pc Ryan Pilkington (Gregory Piper) join MIU (Murder Investigation Unit) and when his car was searched, a laptop was found.

This was incriminating evidence as it was linked to the murder of journalist Gail Vela.

So AC-12 had no choice but to arrest Buckells who later witnessed the murder of lawyer Jimmy Lakewell (Patrick Baladi) who was lured to his cell for another inmate to strangle him from behind. 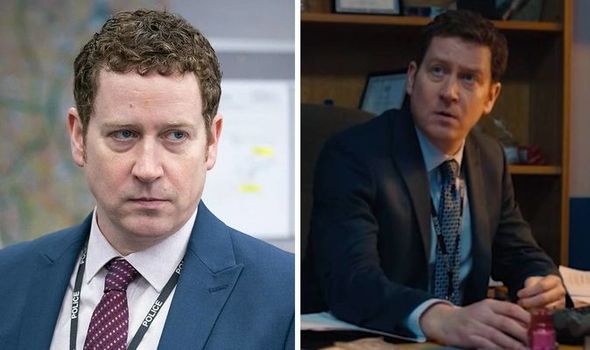 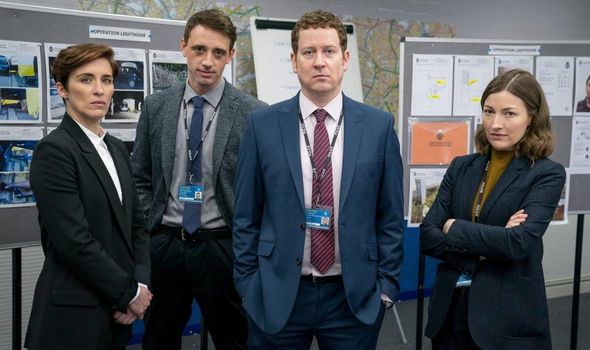 Buckells was in the first-ever series of Line of Duty as he was appointed the SIO in the case of the disappearance of Jackie Laverty.

Fans first meet Ryan Pilkington in this same series who not only gave DCI Tony Gates (Lennie James) the burner phones but also tried to cut off Steve’s fingers with a pair of boltcutters.

As pointed out in series six, Buckells was the person at the time who decided against taking any further action against Ryan.

This meant he was able to get into the police, seeing as he had no criminal record. 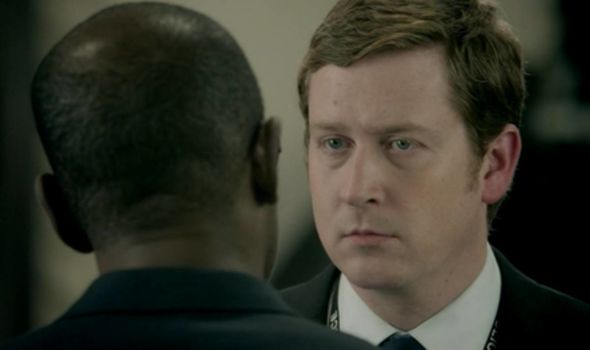 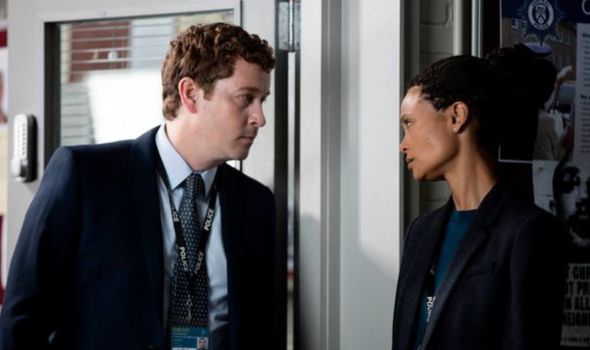 He was once again seen in season four after AC-12 recommend removing DCI Roz Huntley (Thandie Newton) from Operation Trapdoor which was looking into the killer known as Balaclava Man.

Buckells was nominated to replace Huntley on the investigation but at this point, Kate was working undercover in the team and was quickly recognised by him.

AC-12 told Buckells to keep quiet about Kate but word still got out and Huntley was able to use her real identity to her advantage during an interview.

Buckells claimed it wasn’t him and simply said it was because their undercover officers had a “shelf life” and they needed to stop treating everyone “like mugs”.

He has since returned for season six where he remains under scrutiny.

Is Buckells really involved in the murder of Gail Vela or is the Detective Superintendent being set up?

Jo remains locked up for her part in covering up for the OCG, something which she claims she was coerced into.

This is because of her connection with Tommy Hunter (Brian McCardie), who was revealed not only to be her uncle but her dad.

Line of Duty will be coming to an end this weekend with just the season six finale left to air.

Fans are hoping to find out who could be H, better known in later series as the Fourth Man by the end of the series.

As of yet, it is unclear if Line of Duty will return though as season seven hasn’t been renewed.

Line of Duty season 6 concludes tomorrow, Sunday, May 2, at 9pm on BBC One.