Little Yarns is a podcast from ABC Kids Listen that explores Indigenous languages from all over Australia. The show is hosted by Rudi Bremer, producer of the Radio National's Indigenous arts and culture program, Awaye.

Bremer regularly explored the history of Aboriginal words as part of Awaye and was asked by ABC Kids to turn these segments into a show aimed at preschoolers. Little Yarns is the charming result, the short episodes are a fun and informative listen for kids, parents and educators. 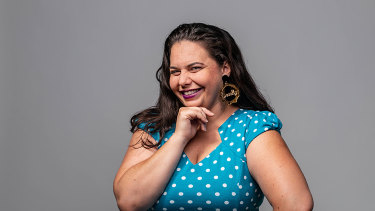 Bremer describes the show simply as interviews with "black fellas from all over the country, asking them to share a couple their favourite words from their language, and to also give us a little bit of a yarn, a bit of a story to go along with it."

Bremer says "there is something quite nice about returning to an oral tradition" to tell Indigenous stories and explore the diverse languages and cultures of the many Indigenous nations of Australia.

"Something that has hindered language work in certain areas has to do with the fact that we [are] oral cultures. And so written records either don't exist, or if they do exist, they exist through a white lens. So the spellings can change, depending on who it was, who wrote it down and what sort of sound they heard at the time…"

"Something that has come up is people saying 'I don't know how to spell this word, but this is my favourite word in my language. I want to tell you about it.' And, and I kind of think to myself, if I was doing this as a written project, I'd have missed that beautiful word, because they were too concerned about [the spelling]."

Bremer's goal with Little Yarns is to celebrate the diversity of Indigenous cultures and languages.

"There is often this kind of sense of a homogenous Aboriginal identity. And while there is a certain level of commonalities and common experiences amongst us, and we do have a lot of shared slang, it's really nice to have the opportunity to celebrate what is distinctly different about us as well.

"People have this misconception that our languages either don't exist or that they're dead languages. I prefer the term sleeping languages … Because you can wake a language up if it's sleeping, but if you talk about it as a sort of dead or extinct language, it's hard to come back from that.

"There's something about the way that people think about an ancient culture which makes their brain kind of think [it must be] stuck in the past. But we're continuing cultures. We have a history, but we also have a present and a future. And that is exciting to me."