FORGET the £50k prize money – the real winners of Love Island 2019 will be those who cash in on their popularity in the weeks, months and – with a bit of luck – years after the final.

From nightclub PAs to #spon posts and launching their own beauty, fitness or clothing lines, after 60 days in the sunshine, the new Islanders could see their wealth soaring to millions. 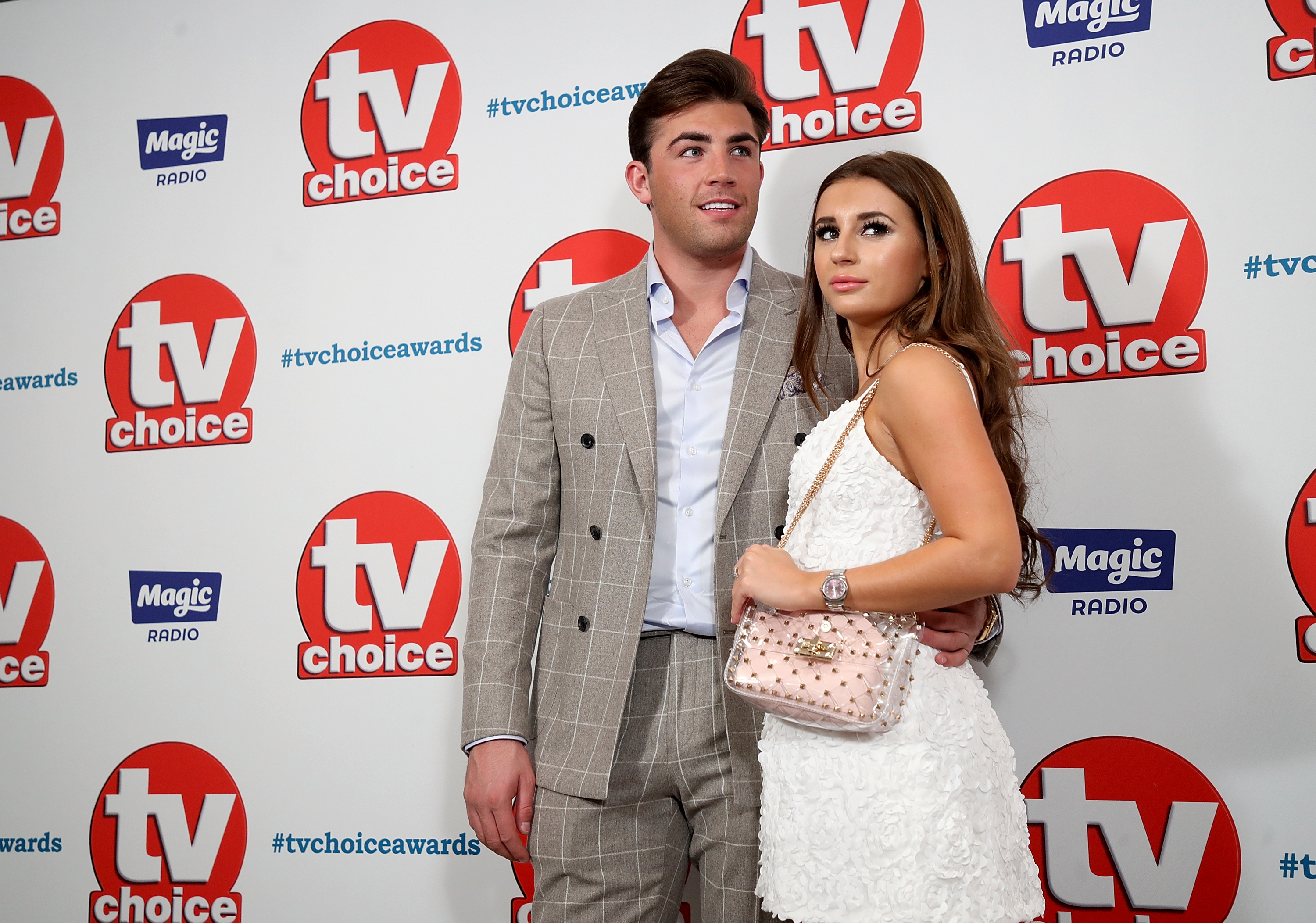 “Getting a berth in the famous villa is like winning the jackpot in a lottery that is only open to the young, single and aesthetically blessed,” says Matt Nicholls of United Agents, who has represented some of Britain’s most successful reality stars, including Vicky Pattison, Lucy Watson and Georgia Toffolo.

“If they do well in the competition and are managed astutely afterwards then a plethora of lucrative revenue streams can transform them into successful brands.

"The Love Islanders know that getting on to the show can change their life.”

So who are the biggest earners since the show was revived in 2015? We reveal all… 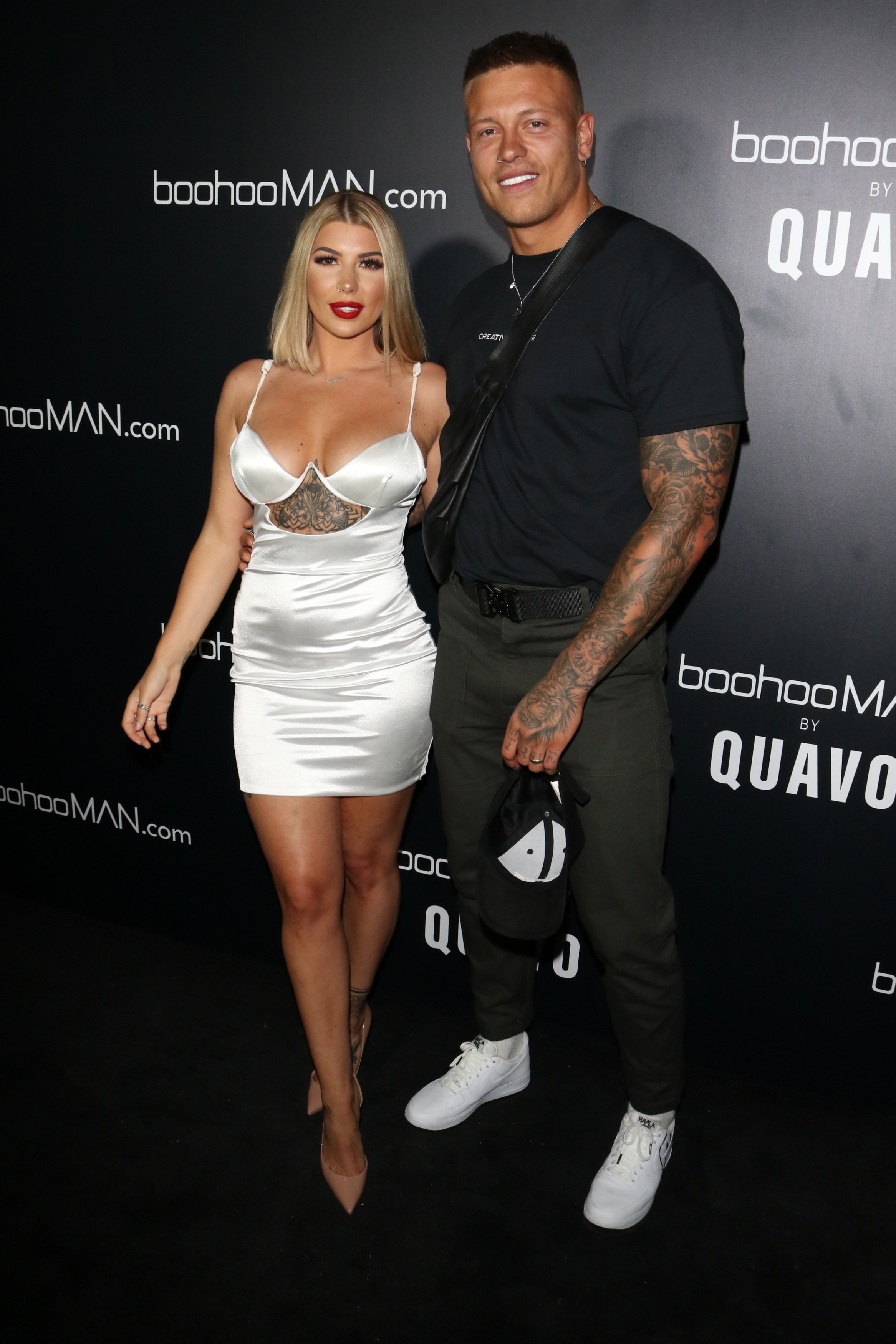 The series two couple were the first Islanders to marry, with a ceremony last September that netted them a £25k magazine deal, and within three years they have carved out careers as mega influencers. 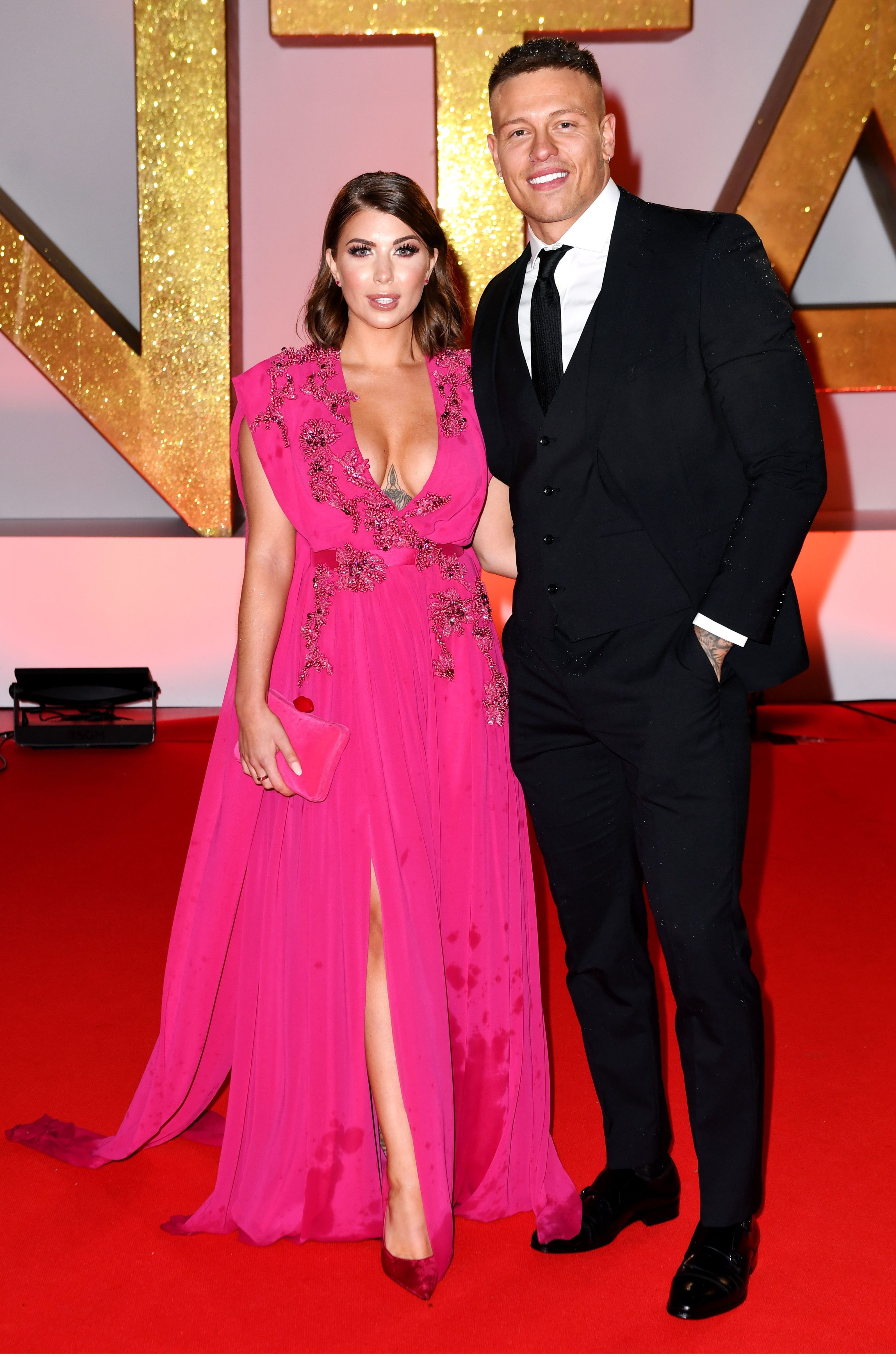 The couple’s fashion label Exempt Society is predicted to turn over £950k in the next two years. It specialises in menswear, designed and modelled by former scaffolder Alex, and Olivia launched a swimwear line in May.

They each do at least one sponsored post daily, for which they make around £2,000. As the face of Mark Hill, Cocoa Brown, Skin Republic, Batiste and W7, Olivia’s income from each ranges from £50k to £200k.

In 2017 MTV recruited the couple, and after their £50k TLC wedding special, Alex & Olivia Said Yes, there are now rumours of a £150k fly-on-the-wall series. 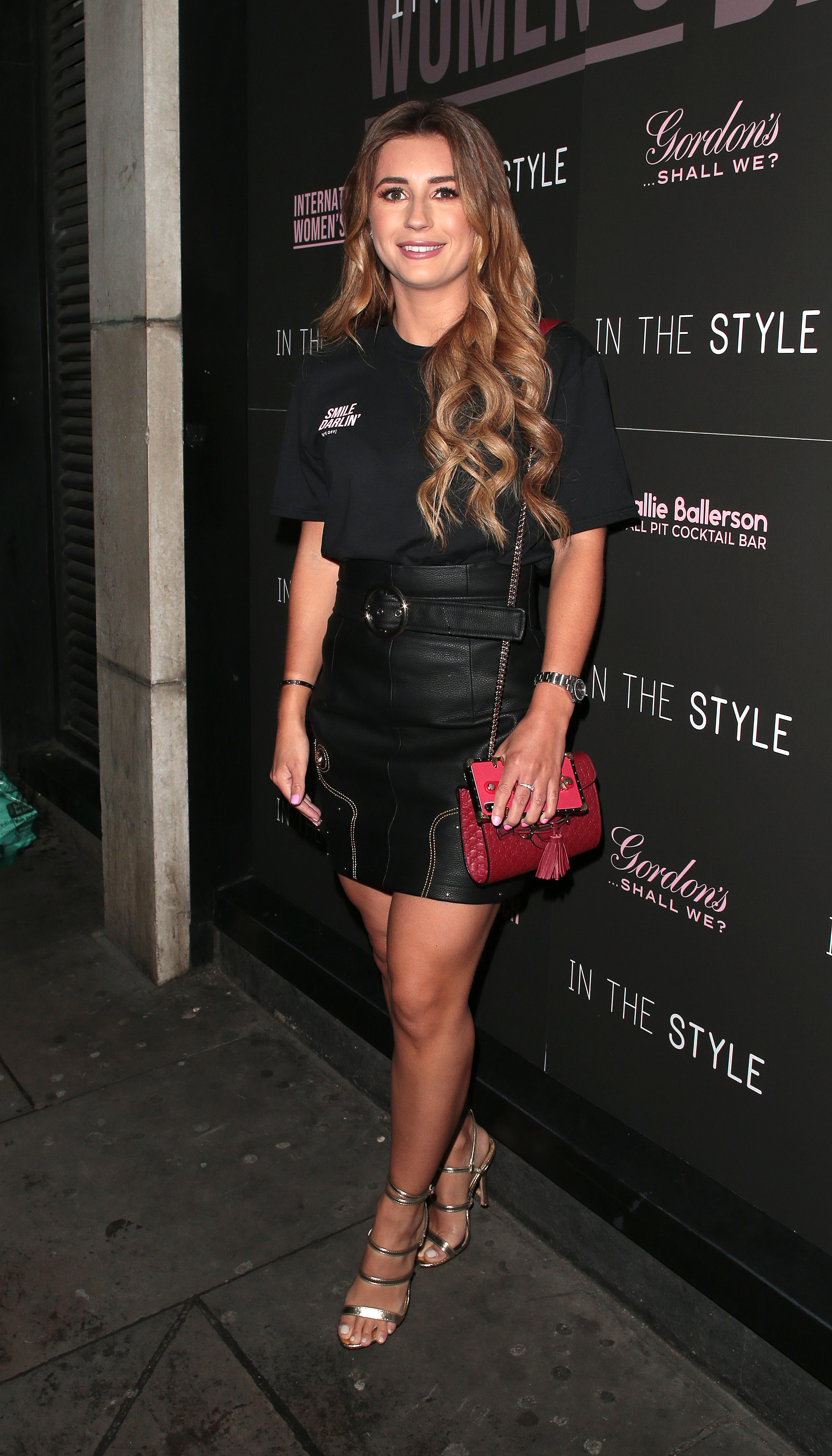 Her £50k shared winnings with ex (sob!) Jack Fincham pale into insignificance when you tot up Dani’s epic earnings since last summer.

She secured a six-figure contract as the face of Mark Hill hair products, and in September joined forces with fashion brand In The Style in a deal tipped to be worth £750k. 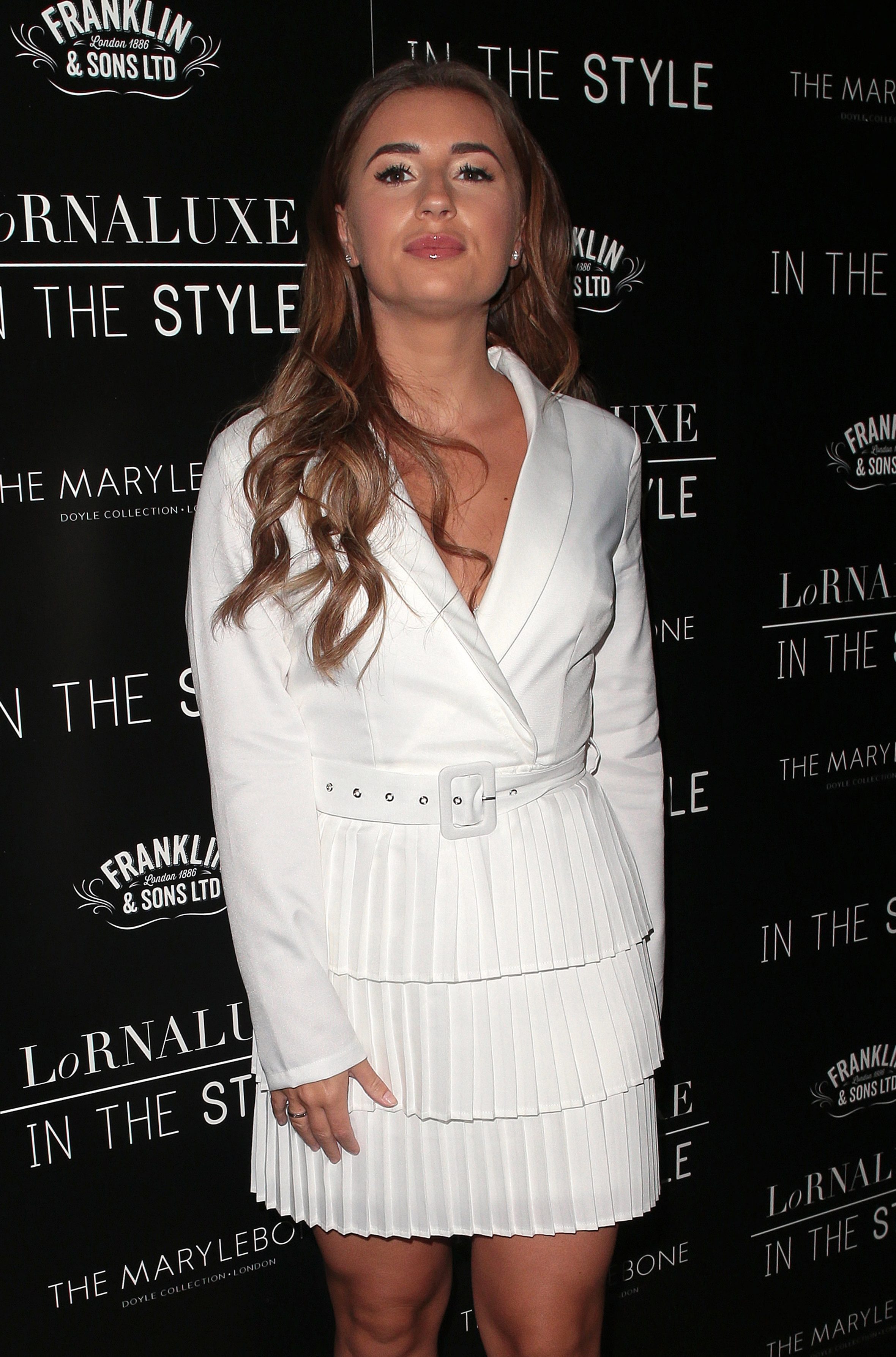 Her bestselling autobiography was published in April for around £50k plus royalties. Together, Dani and Jack banked at least £150k from collaborations with Lucozade Zero and Cadbury and starred in a £90k three-part series for ITVBe.

But despite 3.6m Insta followers giving Dani an earning power of £15k+ per sponsored post, there are limited #ads on her feed.

At Christmas she enjoyed a £25k West End stint in Nativity The Musical, and now with Strictly rumours flying, the only way is up. 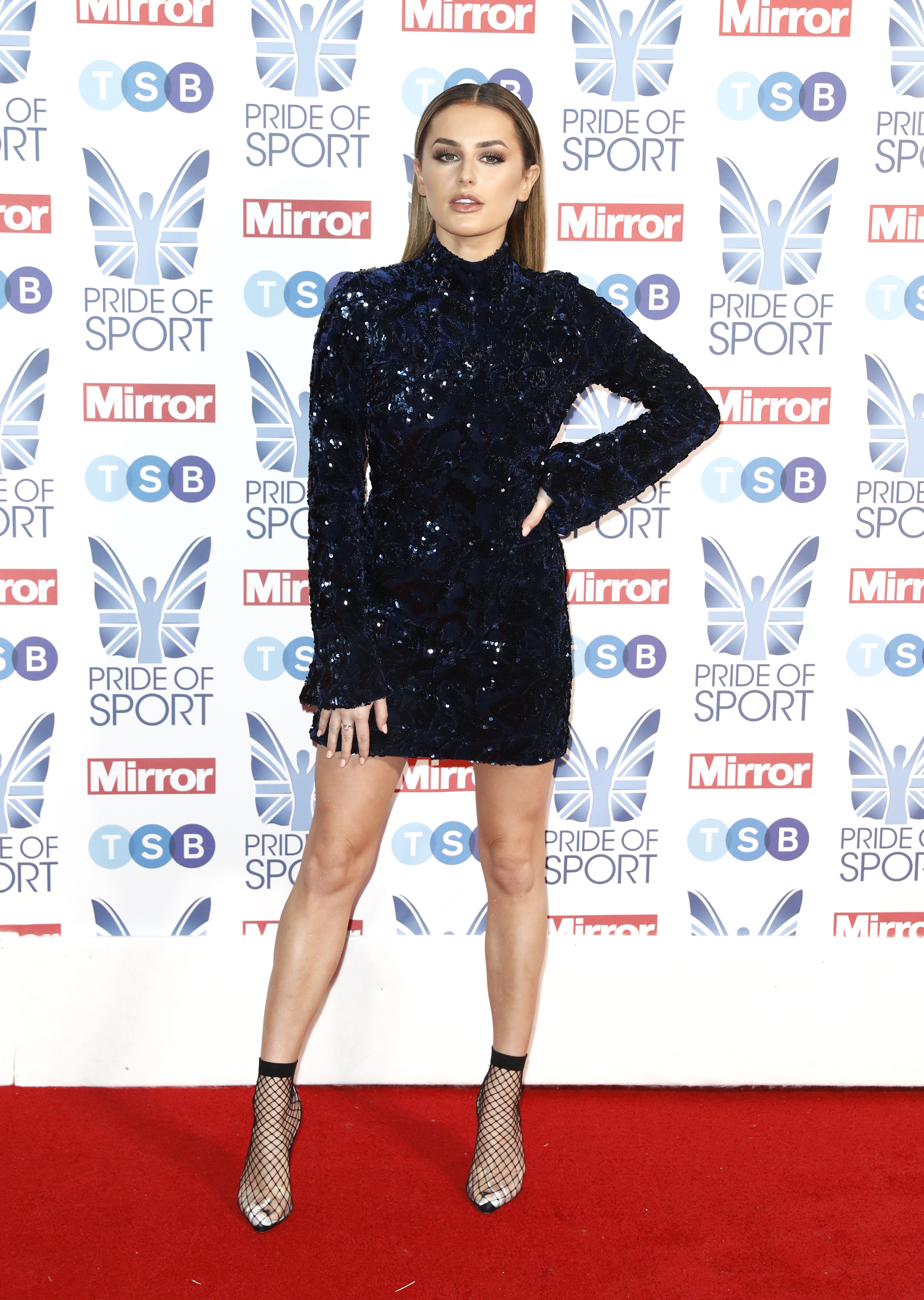 Although Amber and Kem’s relationship nose-dived after they left the villa in 2017, her career sky-rocketed when she landed the lead role in Dolly Parton’s 9 To 5: The Musical, bagging her a six-figure sum. 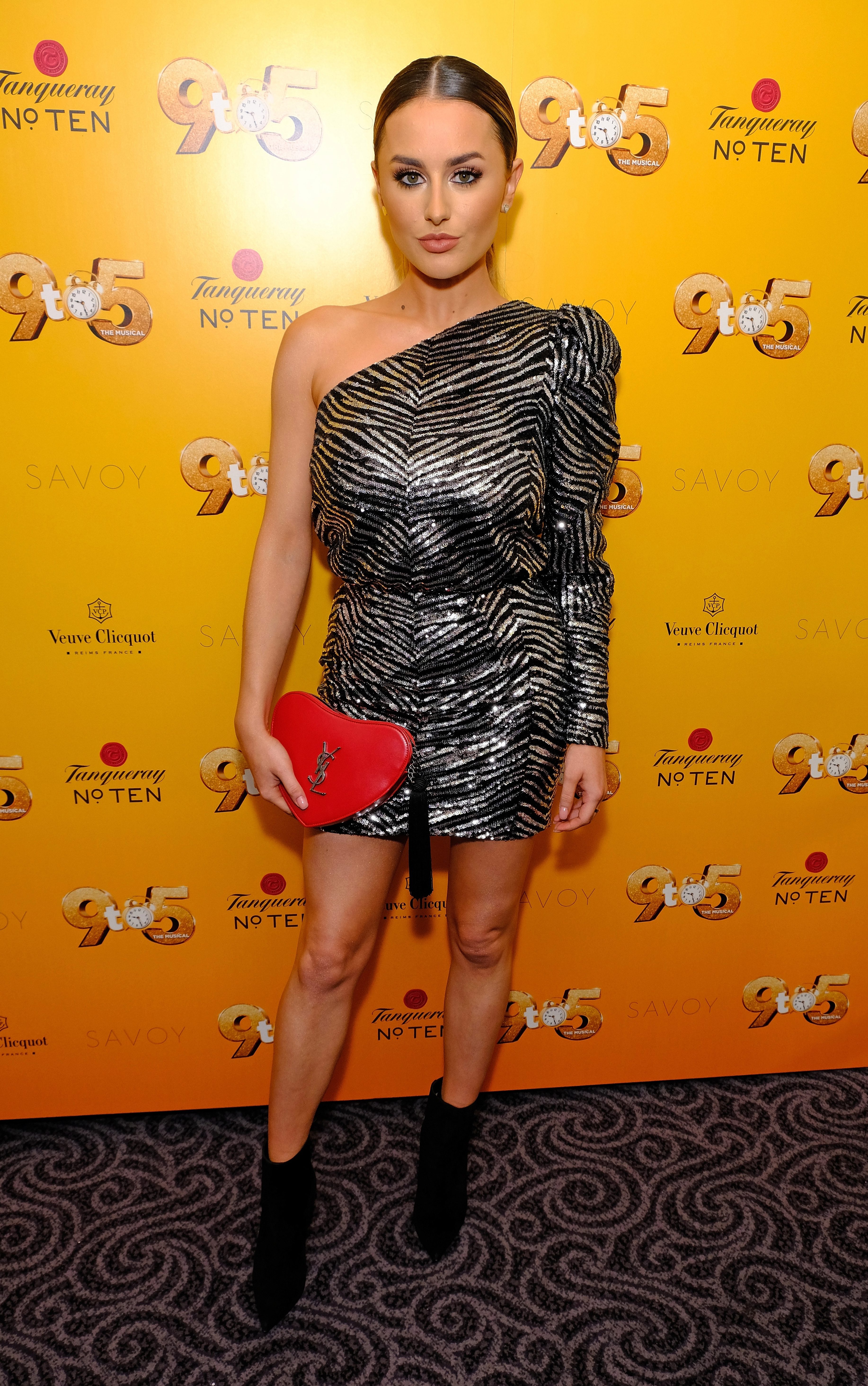 Her social channels feature just a few sponsored posts a month, and by only working with carefully chosen brands she commands up to £10k each – around £240k annually.

Her £500k deal with Motel and £50k from Boux Avenue helped her buy property, and she’s in talks for a stint on Broadway. 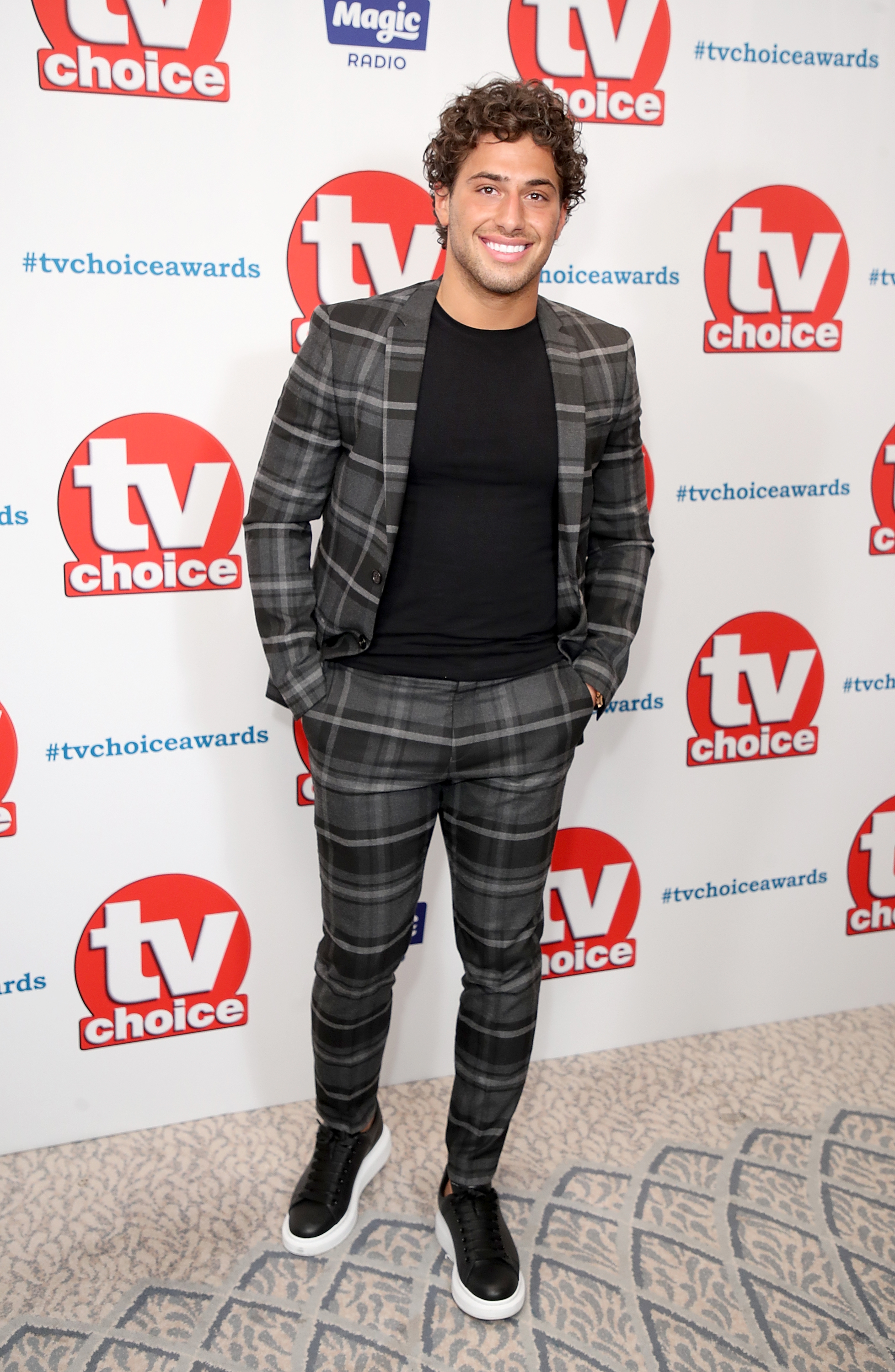 Kem’s ability to crack the tough-to-reach young male demographic has secured him deals worth in excess of £300k with brands including Sainsbury’s and BoohooMAN. Last month came the biggie – becoming Primark’s first menswear ambassador. 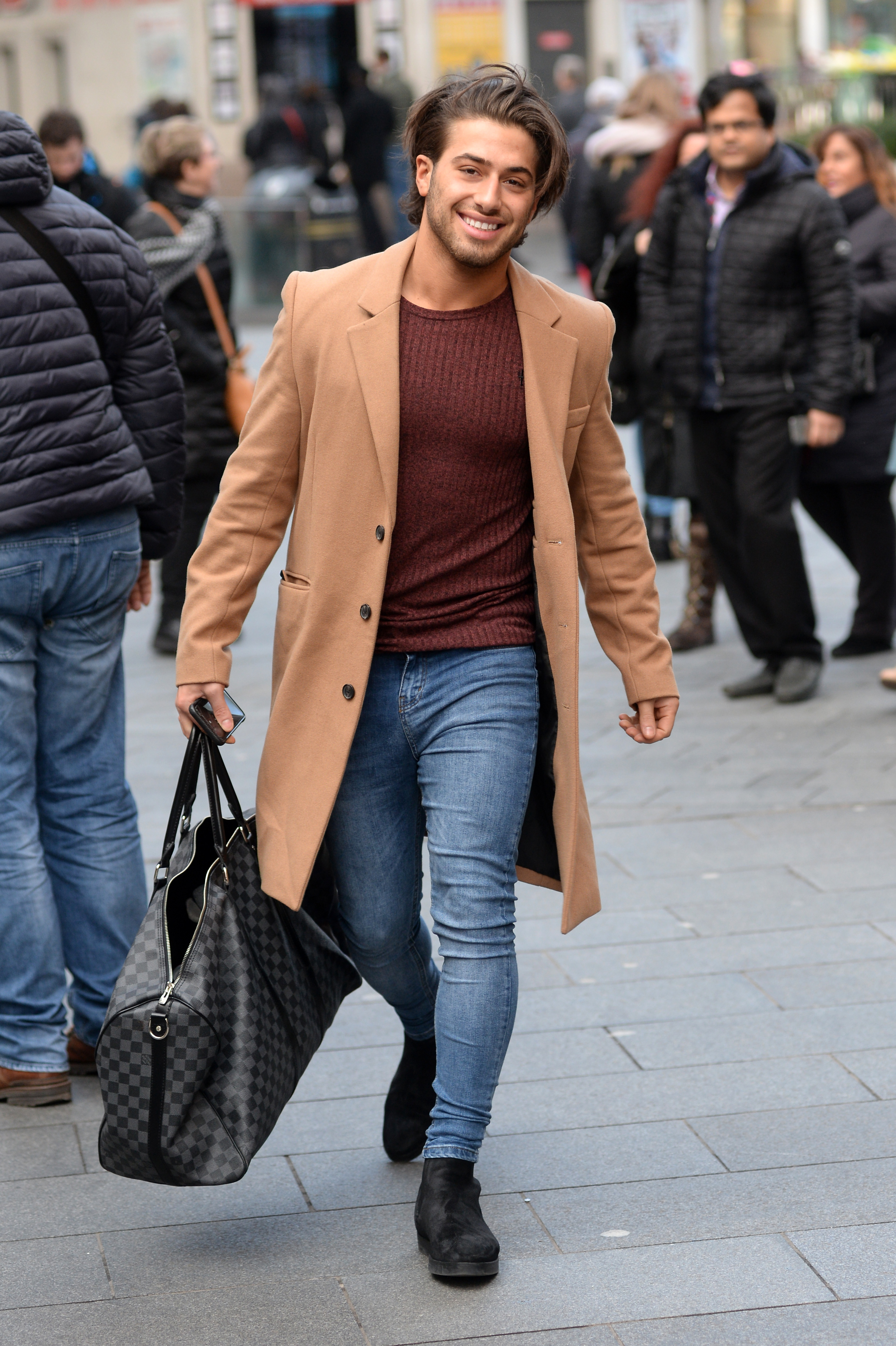 He then joined the 2019 series as a host, and is fast becoming part of the ITV furniture, appearing in Chris & Kem: Straight Outta Love Island and You Vs Chris & Kem.

The pair released fitness DVD Chris & Kem 100% Fit in 2017 and have partnered with Jaffa Cakes and McDonald’s, netting £8k each per post. 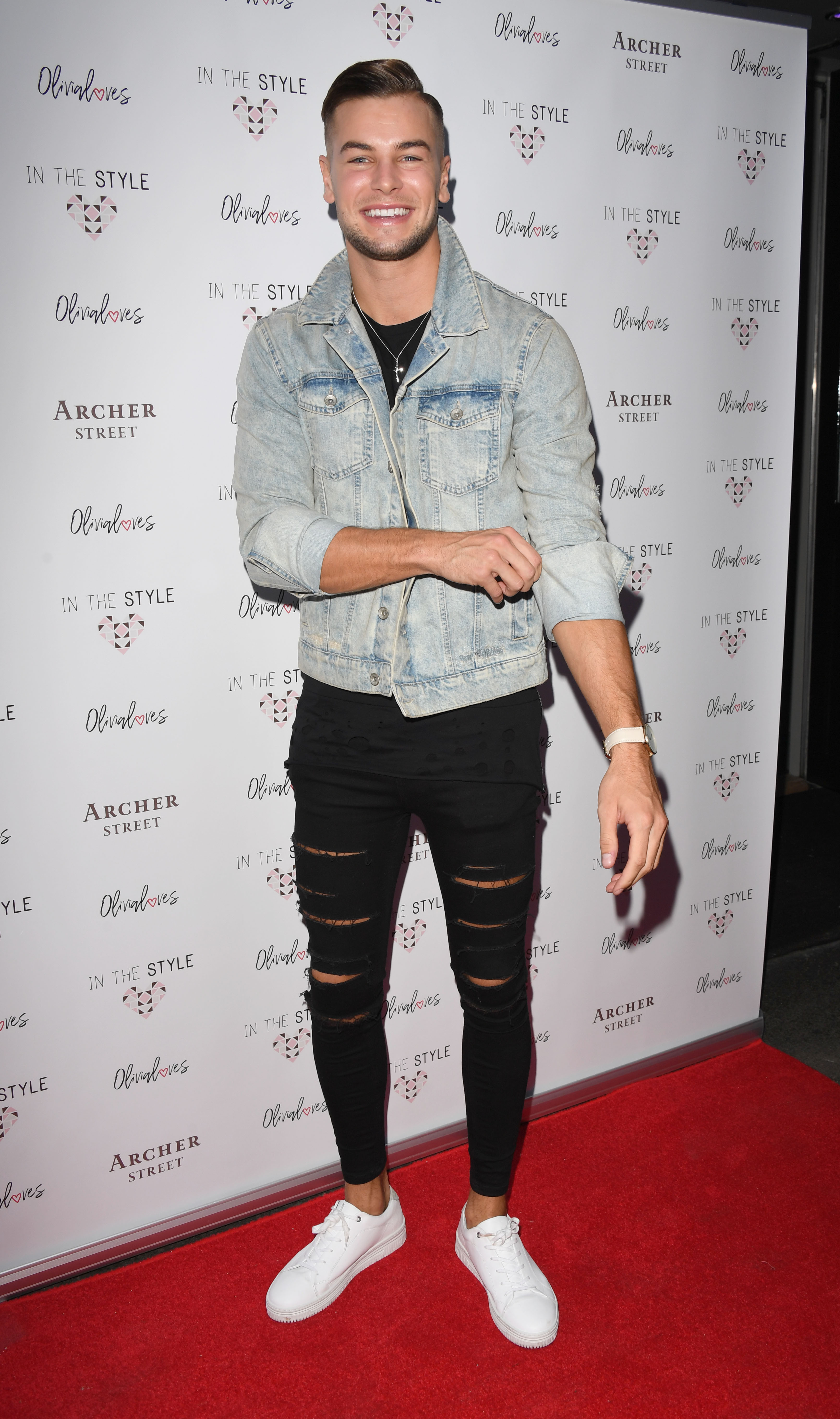 After finishing third in 2017 with then-girlfriend Olivia Attwood, the couple’s split was documented in ITVBe fly-on-the-wall show Chris & Olivia: Crackin’ On.

Along with best pal Kem, Chris’ TV appearances have netted him hundreds of thousands. 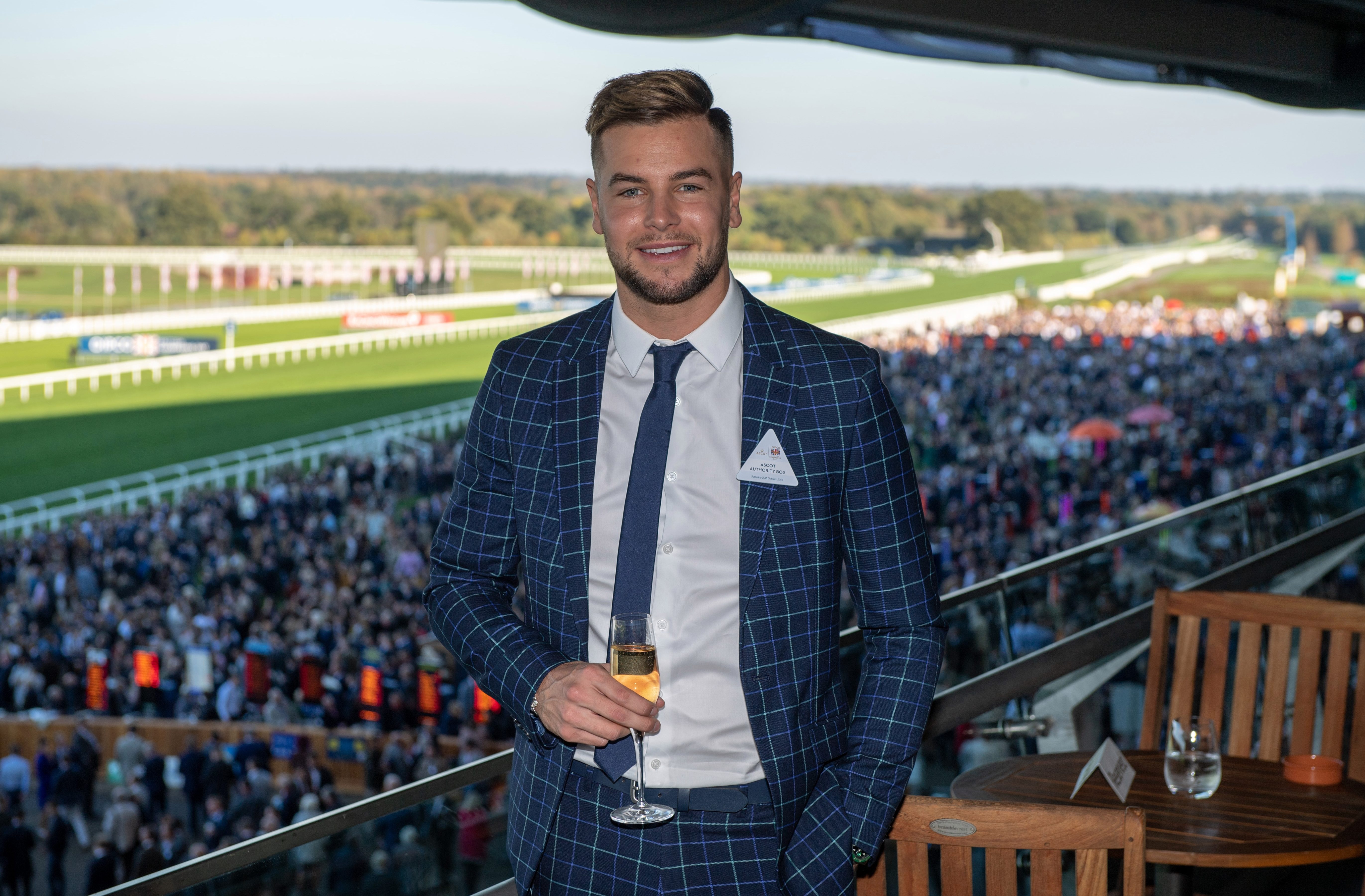 He charges £5k an hour for PAs, plus made a tidy £50k from his autobiography You Bantering Me?

Working with brands on Instagram, he’s advertised for First Choice, Jaffa Cakes and Primark, plus he’s been snapped up to present ITV’s horse-racing coverage. 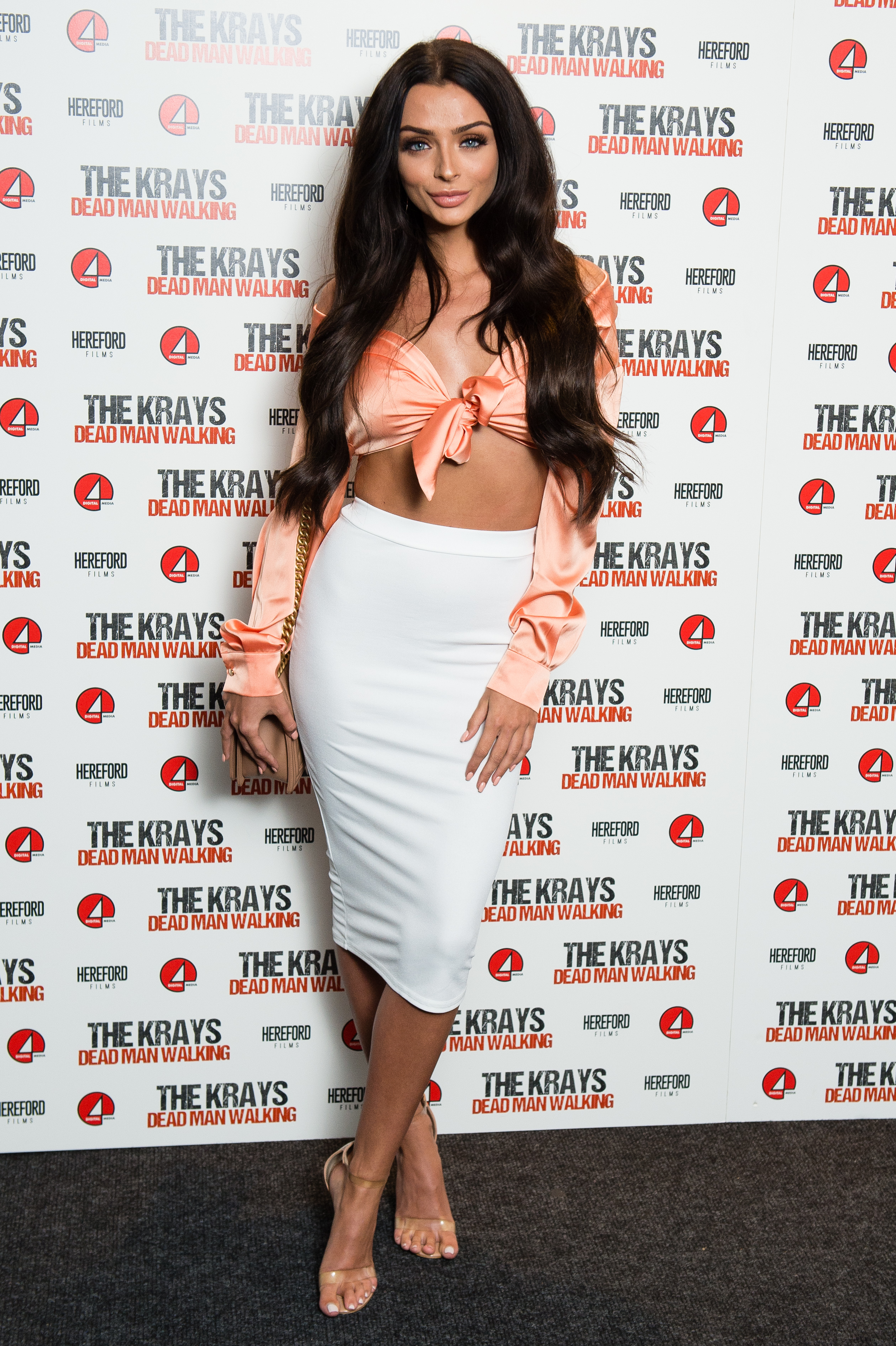 After Kady and Scott Thomas finished third in season two, the couple appeared at nightclubs every night for two months, charging up to £10k a time and raking in a cool £200k each.

In 2017 she launched beauty line By Kady and a year later rolled out Body Goals By Kady, a fitness programme that makes £150k a year. 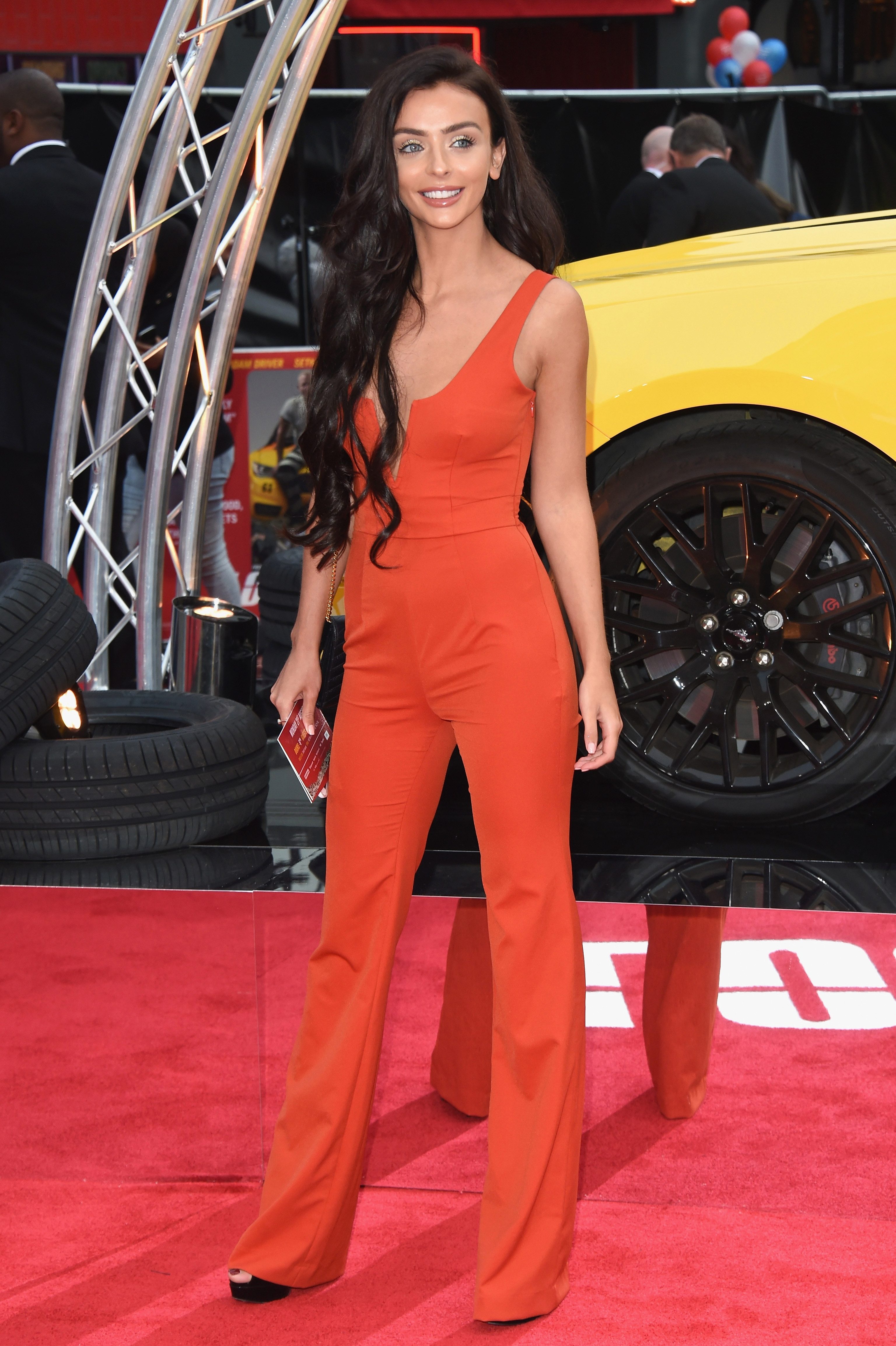 Kady commands £1-2k per post to her 1.2m followers. In April alone she racked up 24 #ad posts, promoting brands like Fashion Nova, and last year she joined TOWIE as Myles Barnett’s girlfriend, raising her profile further. 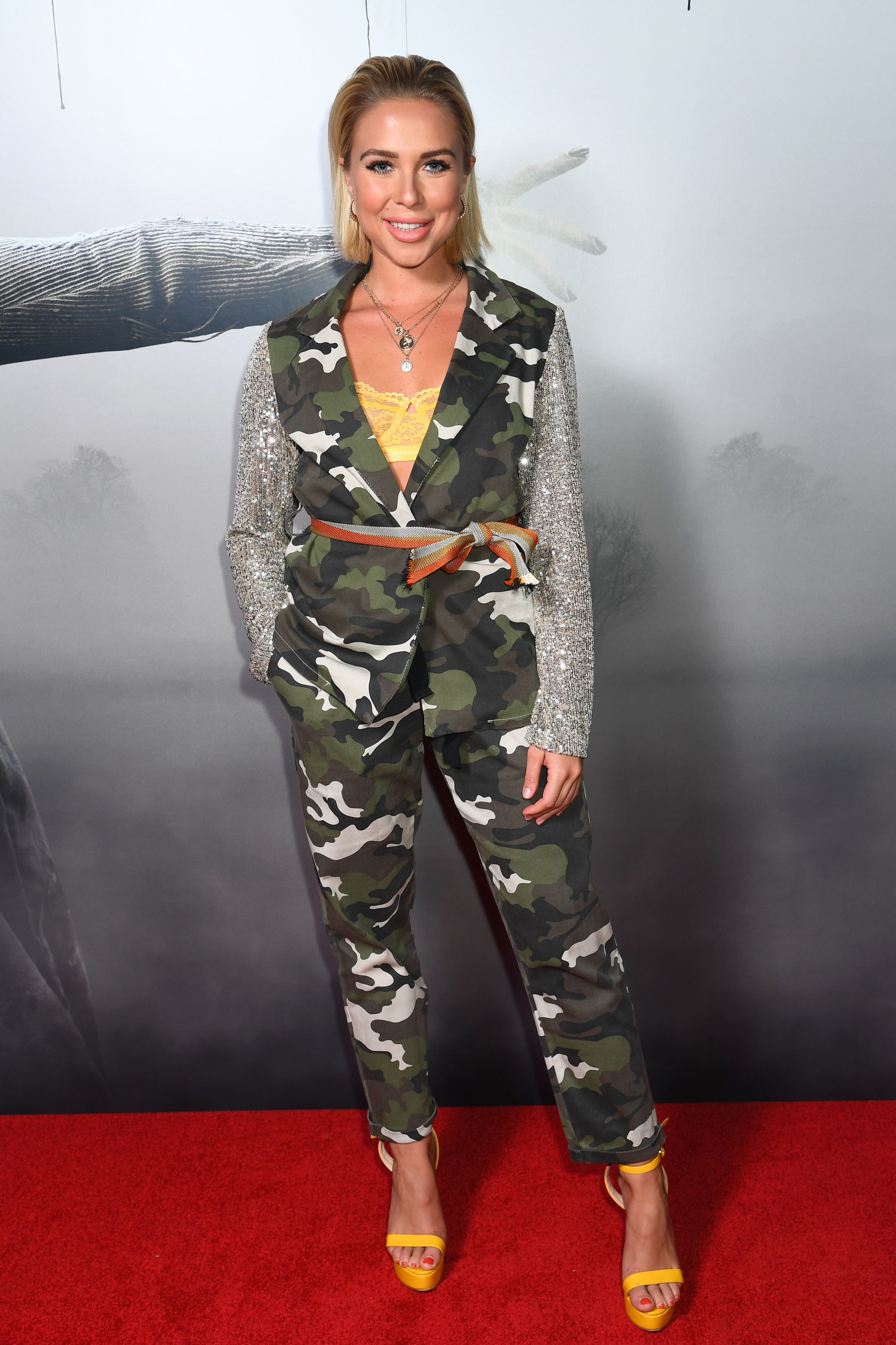 She’s a qualified personal trainer and dancer, and Gabby’s fitness app reached No.1 in the Apple store last January with 60k downloads, earning her around £100k.

She has a £100k-a-year partnership with fitness app Fiit, and her debut book Shape Up With Gabby Allen, published last month, is thought to have earned her £75k.

In October 2017 she joined forces with Quiz clothing in a deal worth around £150k, and raked in £300k from endorsing biggies like Superdrug and AX Paris. 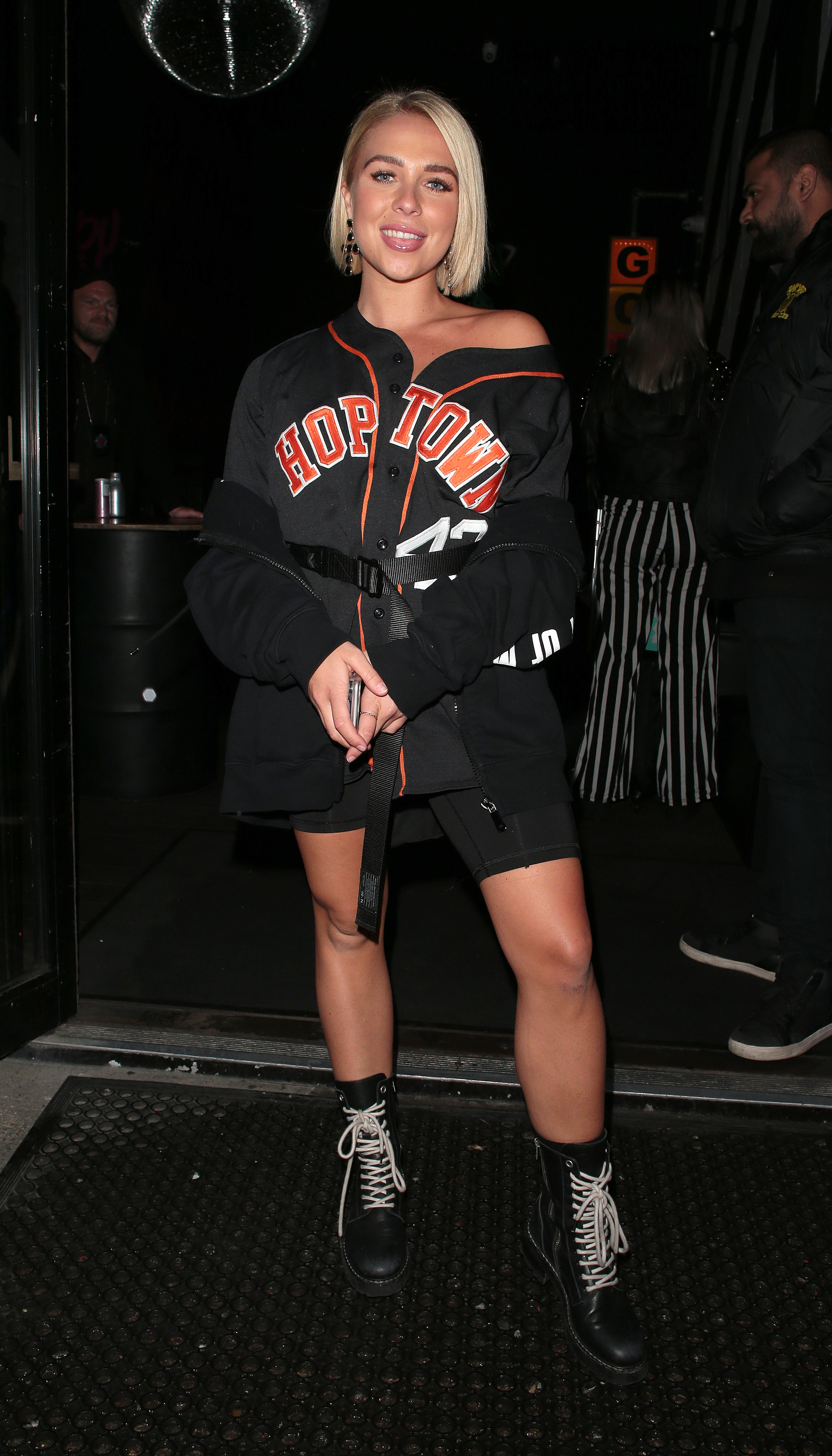 Gabby, from series three, commands up to £3k per Insta post to support brands like Nip+Fab and Daniel Wellington watches (that’s over £144k a year for her average of four posts a month).

She’s partnered with Boohoo and pockets £18-20k by travelling with them to LA and Ibiza. Gabby charges up to £5k to appear at events and featured on last summer’s Celebrity Big Brother for £75k. 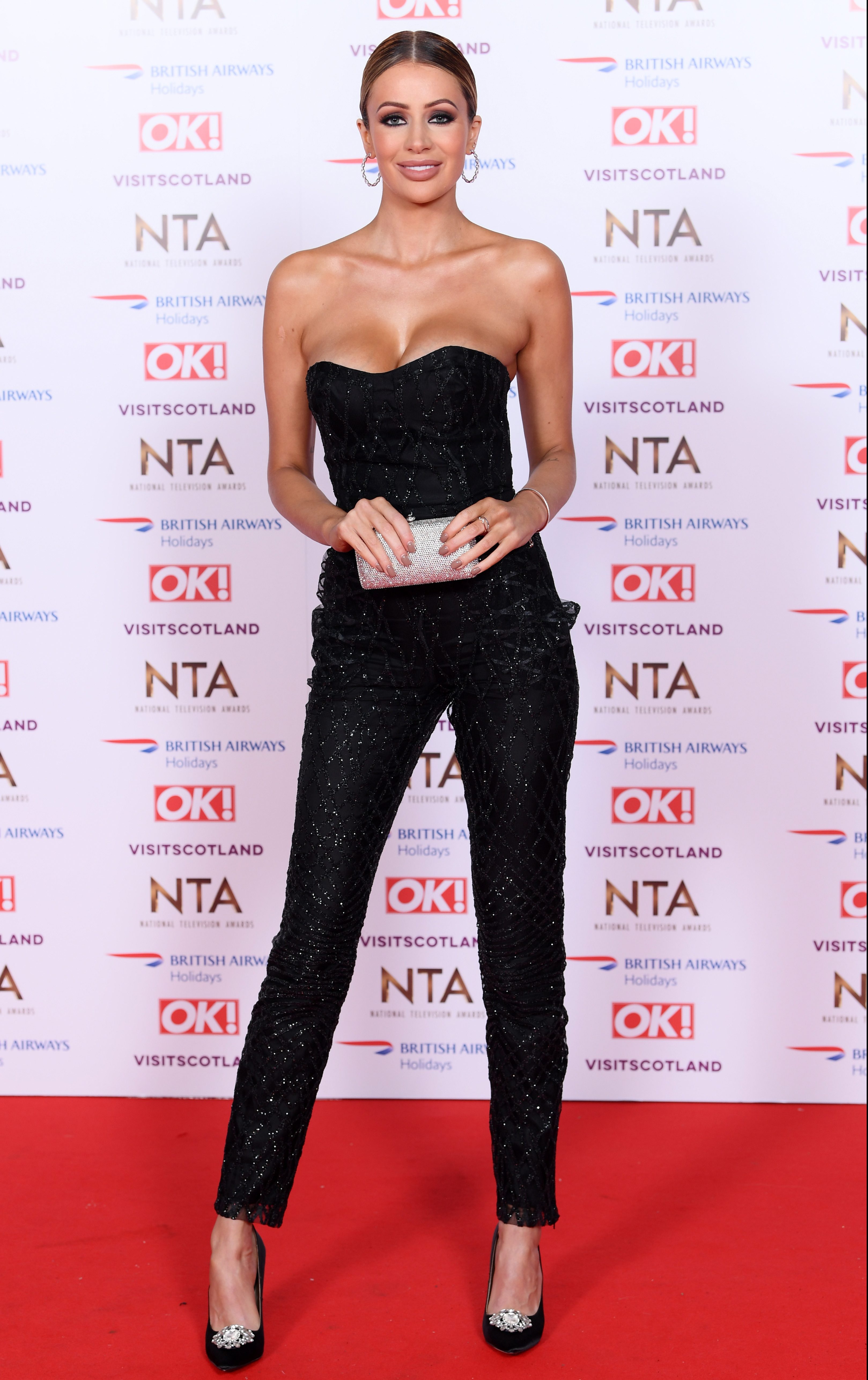 With PAs earning her £10k an hour, social media sponsorships, a magazine column, and a whopping £200k from Channel 4’s Celebs Go Dating, Olivia is in the money.

Plus, programmes such as I’m A Celebrity Get Me Out Of Here: Extra Camp and her reality series with Chris earned her £250k.

Olivia took home around £500k from endorsing the likes of PlayStation and Ladbrokes, and released a fashion line with In The Style in a deal worth £200k. 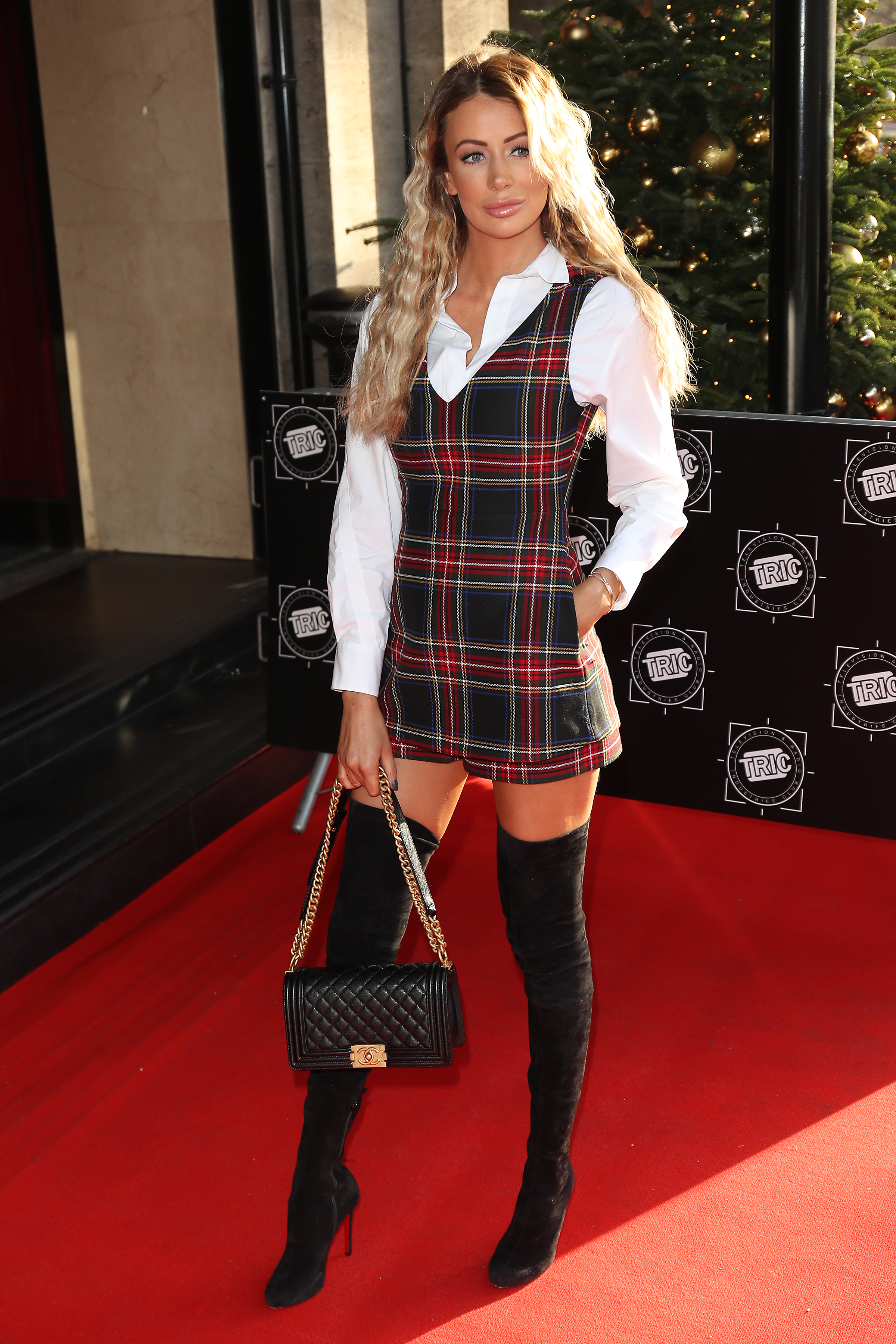 She boasts 1.6m Insta followers, and paid-for partnerships with brands like Missy Empire make her £1.5-2k a go.

No wonder she’s been able to splash out £750k on a couple of investment properties. 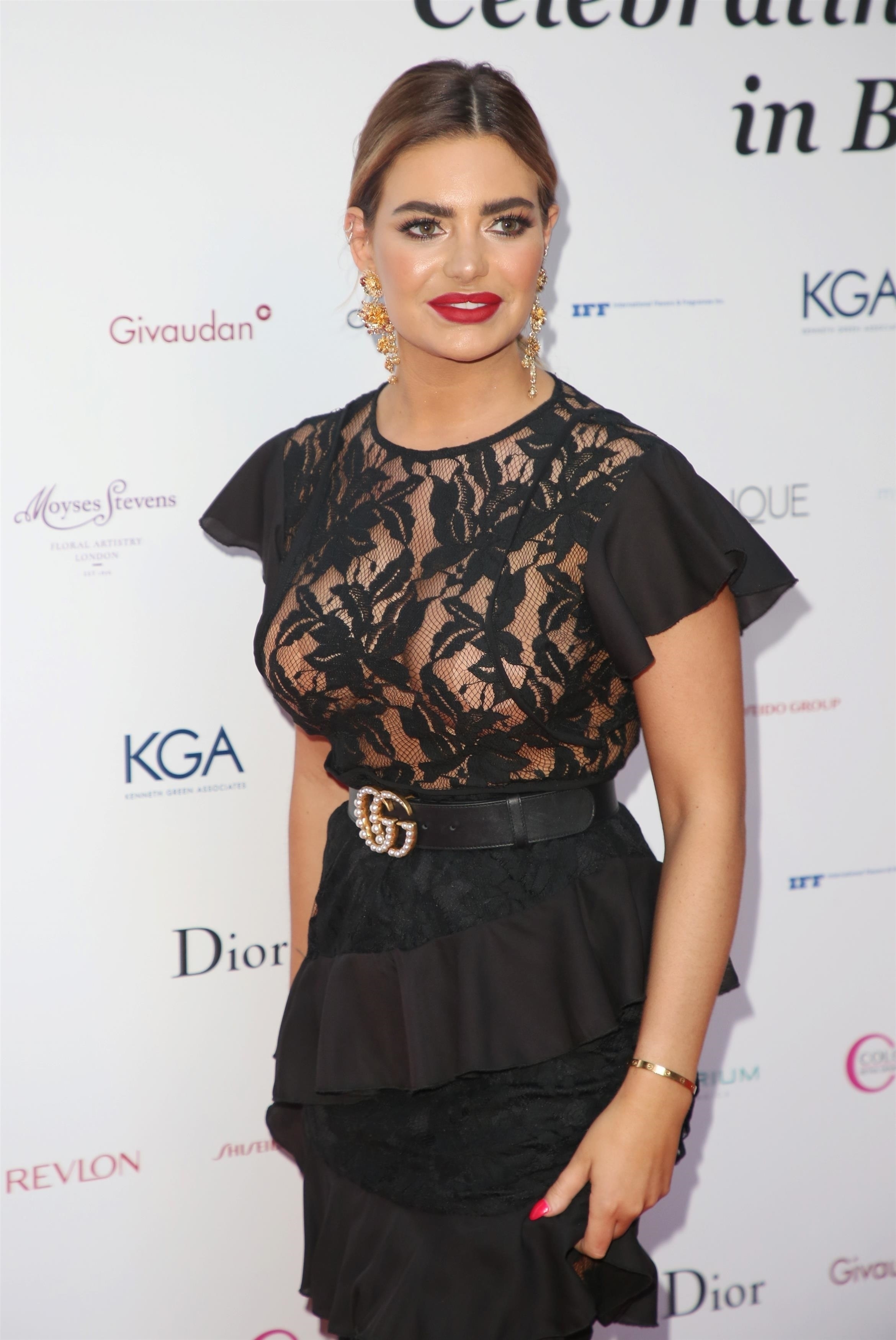 After 2018’s final, Megan turned down Insta opportunities and PAs in order to stand out, and was snapped up by Pretty Little Thing as an ambassador in a deal worth £500k.

In March she starred in Avon’s Stand4Her campaign and continues to endorse its cosmetics on her social channels, alongside other brands including Isle Of Paradise. 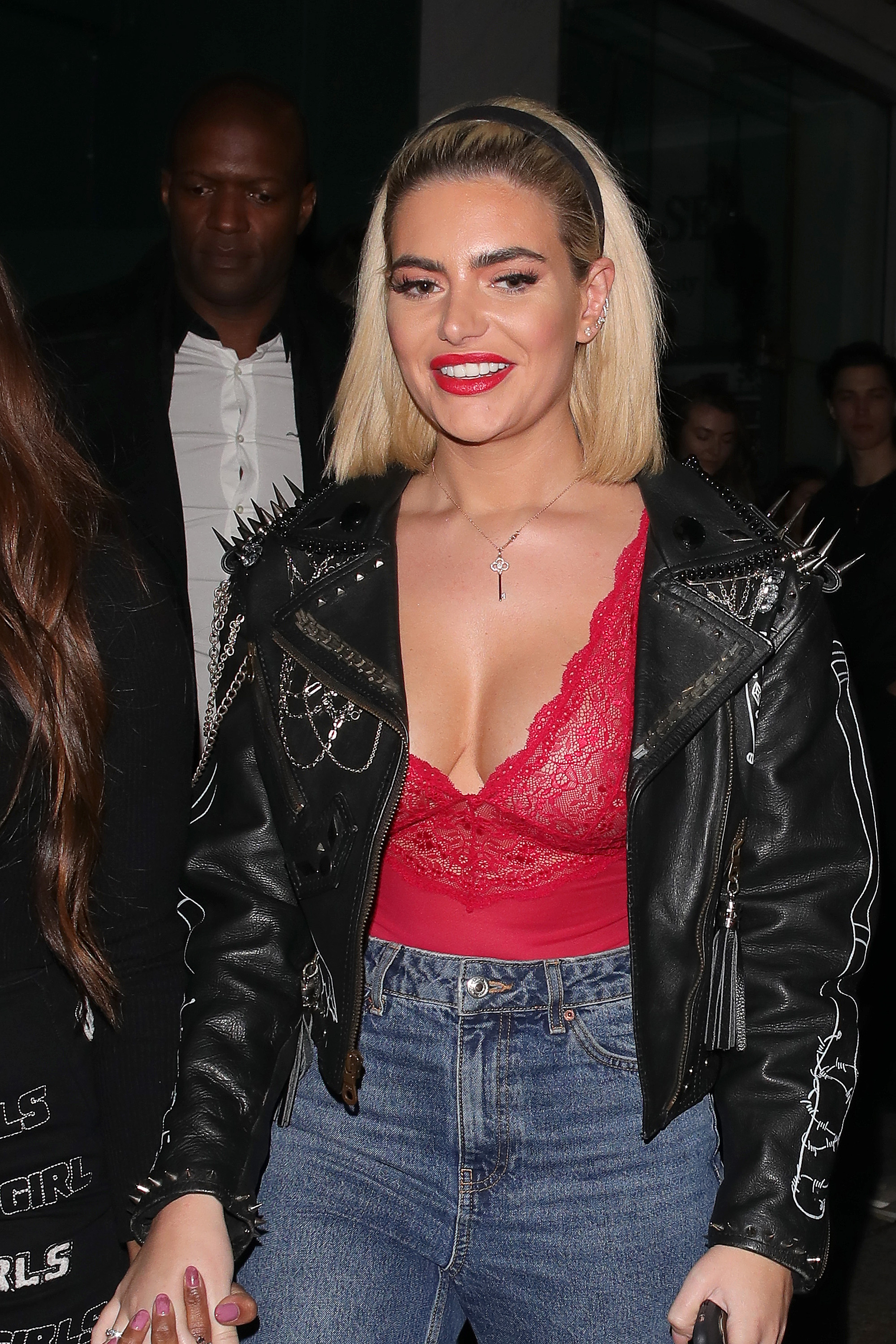 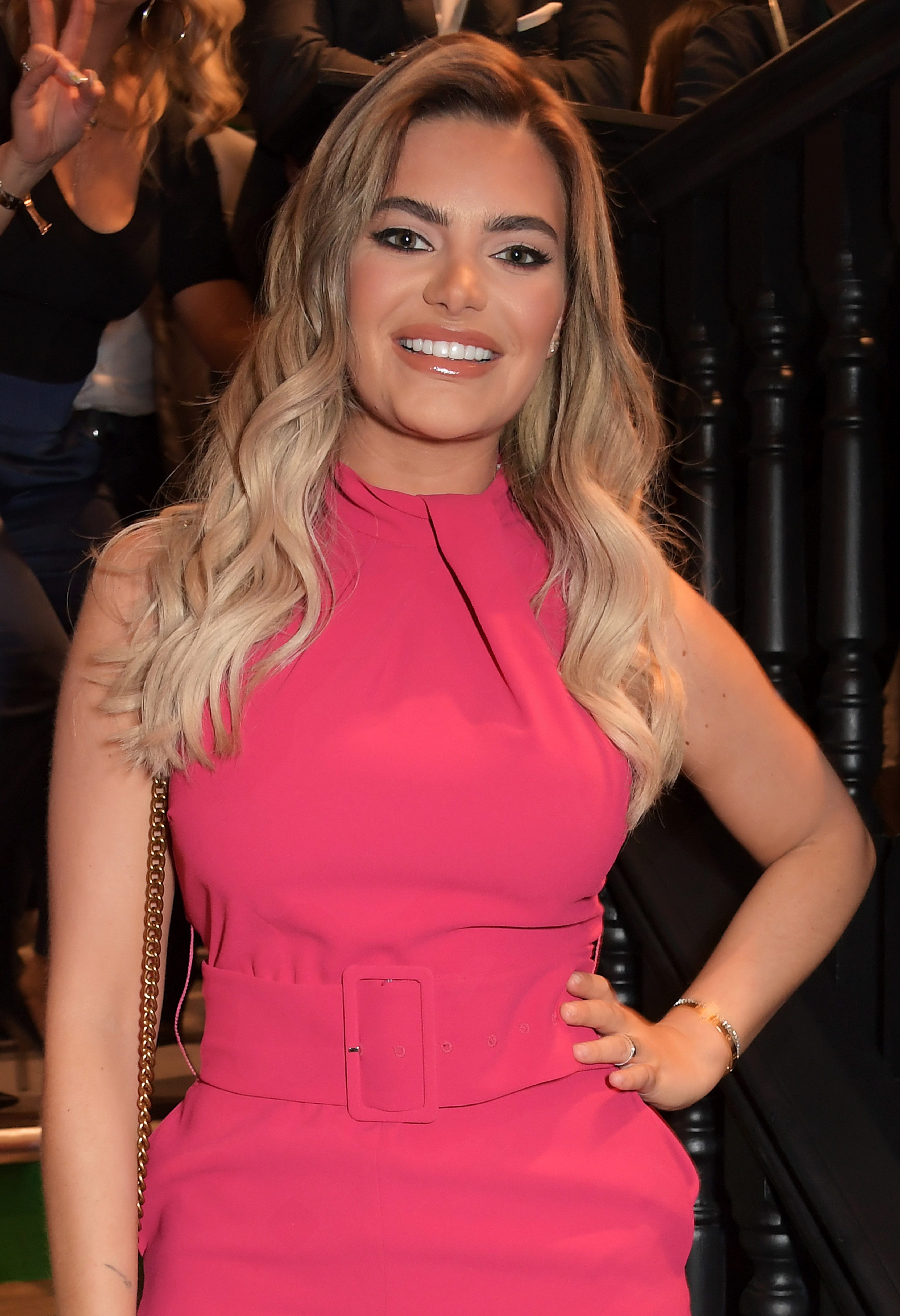 This summer she will release a fitness DVD in a deal worth around £100k.

Her autobiography lands in a couple of months in a £50k deal – near enough the amount she’ll take home from fronting a yet-to-be-announced Stacey-Dooley-esque investigative TV mini series. 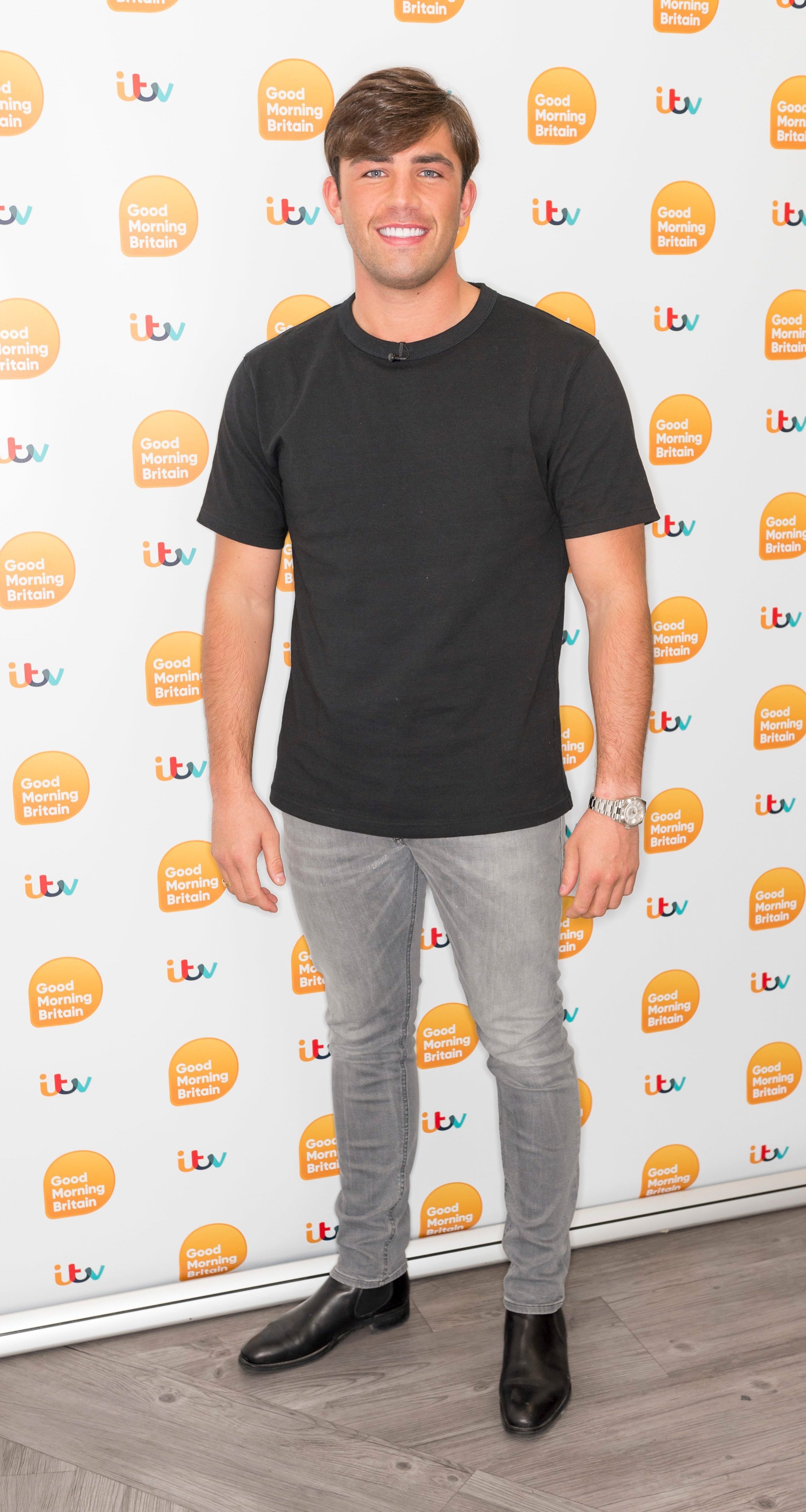 The club PA circuit was Jack’s post Love Island home for weeks, and he raked in around £500k from personal appearances in the months following the show.

He’s banked in excess of £250k for gigs such as ITVBe’s Jack & Dani: Life After Love Island, as well as TV appearances, commercial deals with Cadbury and Lucozade and interviews.

With 2.4m Instagram followers, he charges five figures to promote brands. Endorsement deals with McDonald’s and Protein World each earn him upward of £75k, but Jack is also flourishing in his own line of business.