In the first eight episodes Lucifer season five, Netflix subscribers across the globe got to witness the heated brotherly feud between Lucifer Morningstar (played by Tom Ellis) and Michael (also Ellis) unfold. And it ended on an almighty cliffhanger as Lucifer and Amenadiel (DB Woodside) faced off against Michael and a vengeful Maze (Lesley-Ann Brandt) in a bone-crushing battle – only to be interrupted by none other than God (Dennis Haysbert).

But before Lucifer fans could see the outcome of this celestial family reunion, the first half of season five came to a close.

And sadly, there’s still no sign on exactly when fans can expert part two of Lucifer season five.

However, this hasn’t stopped theories sweeping the web as to exactly how Mr Morningstar and his twin will be able to put their differences aside – or whether they’ll ever be able to do so.

But arguably one of the most likely outcomes from the feud is to see Maze make amends with Lucifer before season five is out. 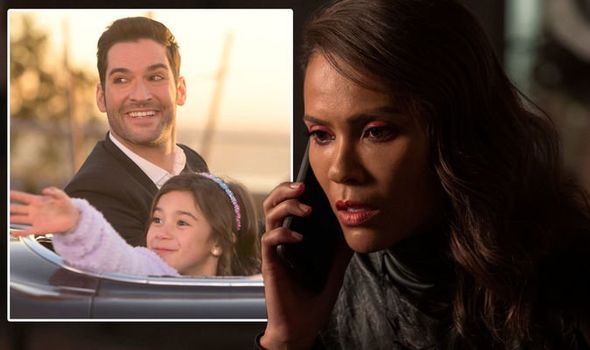 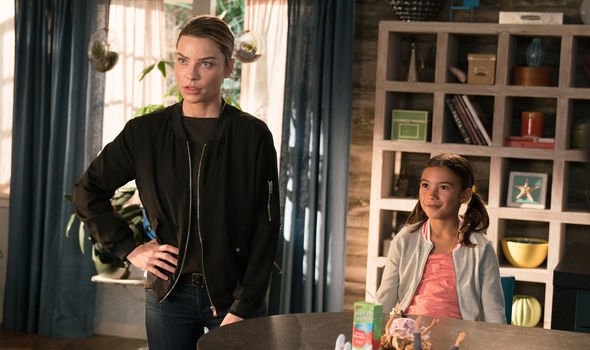 Maze was devastated to learn Lucifer had kept the truth about her mother a secret from her and cut ties on a quest for revenge with Michael.

But given all they’ve been through, no-one’s tipping Maze to be working against Lucifer for too much longer.

And in the next few episodes, she could find herself helped by the assistance of Trixie Espinoza (Scarlett Esteves).

The theory stems from a screenshot from Lucifer shared by fan Booksmagic on Reddit which shows Maze detailing her thoughts on Trixie as Maze says: “Trixie will learn to slash them with her words. 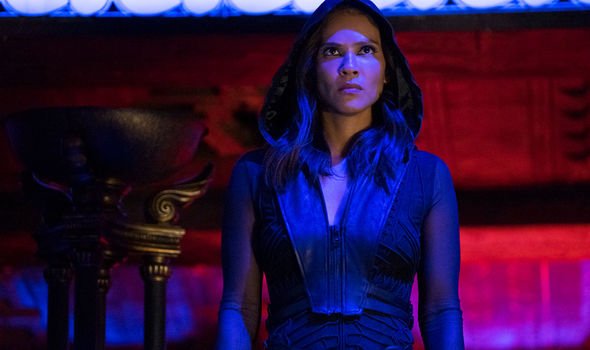 “Then I will teach her the knives,” Maze adds in the famous scene.

With Trixie now growing older and becoming wiser to the conflicts surrounding, could Maze be hinting at a more violent streak to come from her?

After all, Trixie is one of the few humans Maze holds close to her heart – and Trixie does likewise.

So if Maze were to get involved with the takedown of Michael, Trixie’s protective nature could kick in.

Seeing as Maze was going to teach Trixie “the knives”, the Espinoza youngster would be able to wield the supernatural weapons capable of killing a celestial being.

And which celestial being looks most likely to be bowing out of the series ahead of season six? Michael.

Given Trixie’s getting older and her popularity among the Lucifer fandom, her teaming up with Maze would be a welcome twist.

In the meantime, fans continue to remain in the dark as to when exactly the second half of season five will air.

And they’re not alone following a lengthy update from the show’s Writers’ Room Twitter account earlier this month.

“We know everyone wants to know, but truth is even WE don’t know when #LuciferSeason5B will come out,” it tweeted on January 15.

“It’s not finished yet. The pandemic blew up our plans. But when we have an official release date, trust us, we’re dying to let you know! Same with a trailer. #patience #Lucifer.”

Lucifer seasons 4 and 5A are available to stream on Netflix now.