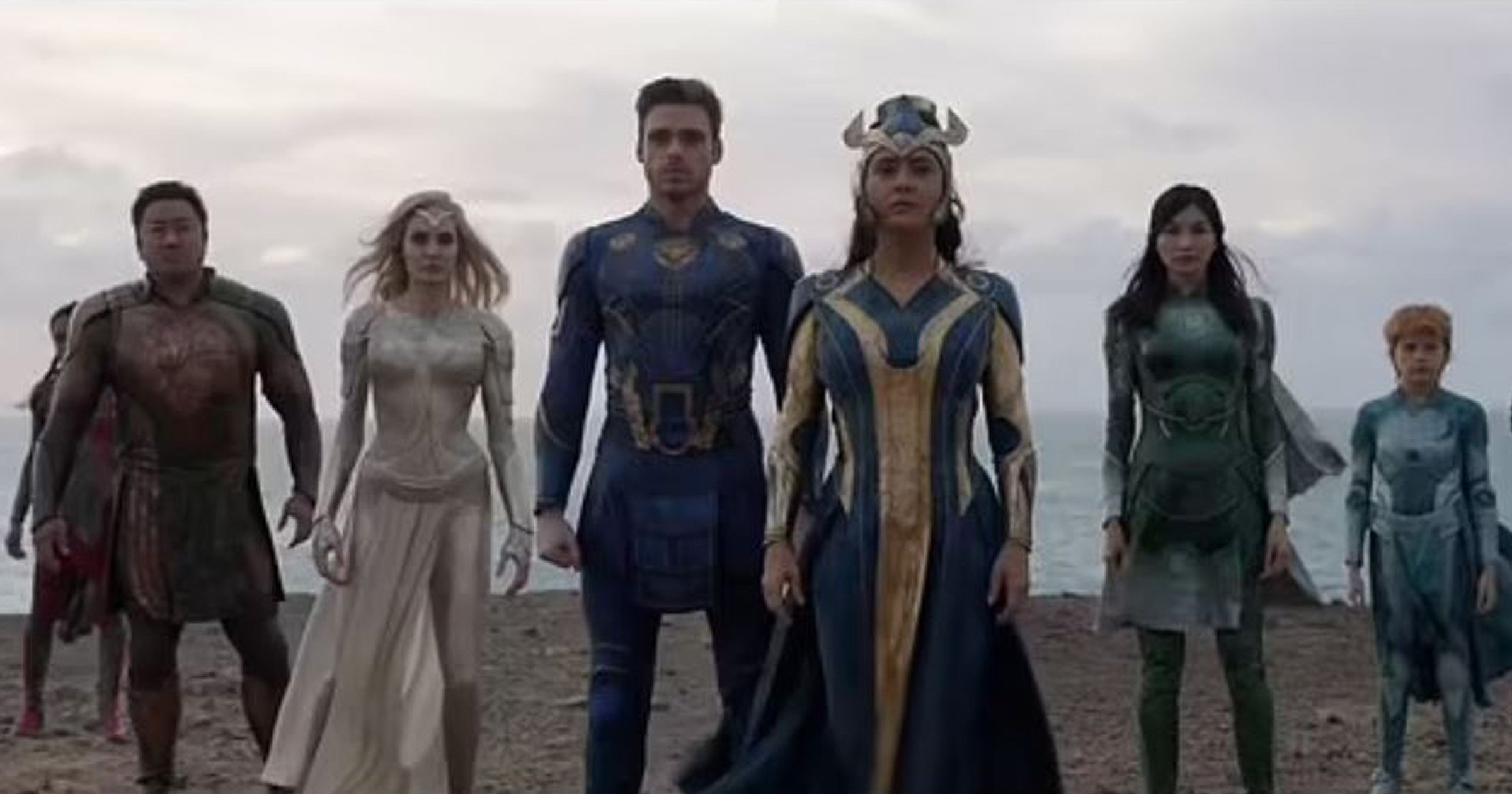 Eternals has reportedly been banned in three countries – Saudi Arabia, Qatar and Kuwait – after their request for Disney to make edits to the blockbuster were denied.

The Marvel blockbuster is set to debut in cinemas around the world on Friday but sources say it will not show in some Middle Eastern territories.

According to The Hollywood Reporter, Eternals – starring Angelina Jolie, Salma Hayek and Kit Harington – was due to debut in the Gulf region on November 11. However, there were reportedly edit requests by local censors that Disney were not willing to make.

The movie has allegedly been removed from websites in each of those countries but it is still listed in the United Arab Emirates.

Insiders believe the decision to put the ban in place was over the same-sex couple featured in the movie as well as the Marvel Cinematic Universe’s first gay superhero. One scene shows the character Phaston (Brian Tyree Henry) and his on-screen husband Ben (Haaz Sleiman) sharing a passionate kiss.

It could have been an issue in the three countries as homosexuality is still illegal across the Gulf.

A regional cinema chain told the publication that Eternals was ‘banned’ in their theatres but did not provide a reason as to why.

The Eternals boasts a star-studded cast, with Gemma Chan starring as Sersei, Richard Madden as Ikaris, Jolie as Thena and Kumail Nanjiani as Kingo.

Harington stars as Dane Whitman and Salma Hayak is Ajak in the Chloe Zhao-directed flick.

It is part of the fourth phase of the MCU. The events kick off immediately after 2019’s Avengers: Endgame when an unexpected tragedy forces the Eternals out of hiding to reunite against the Deviants.