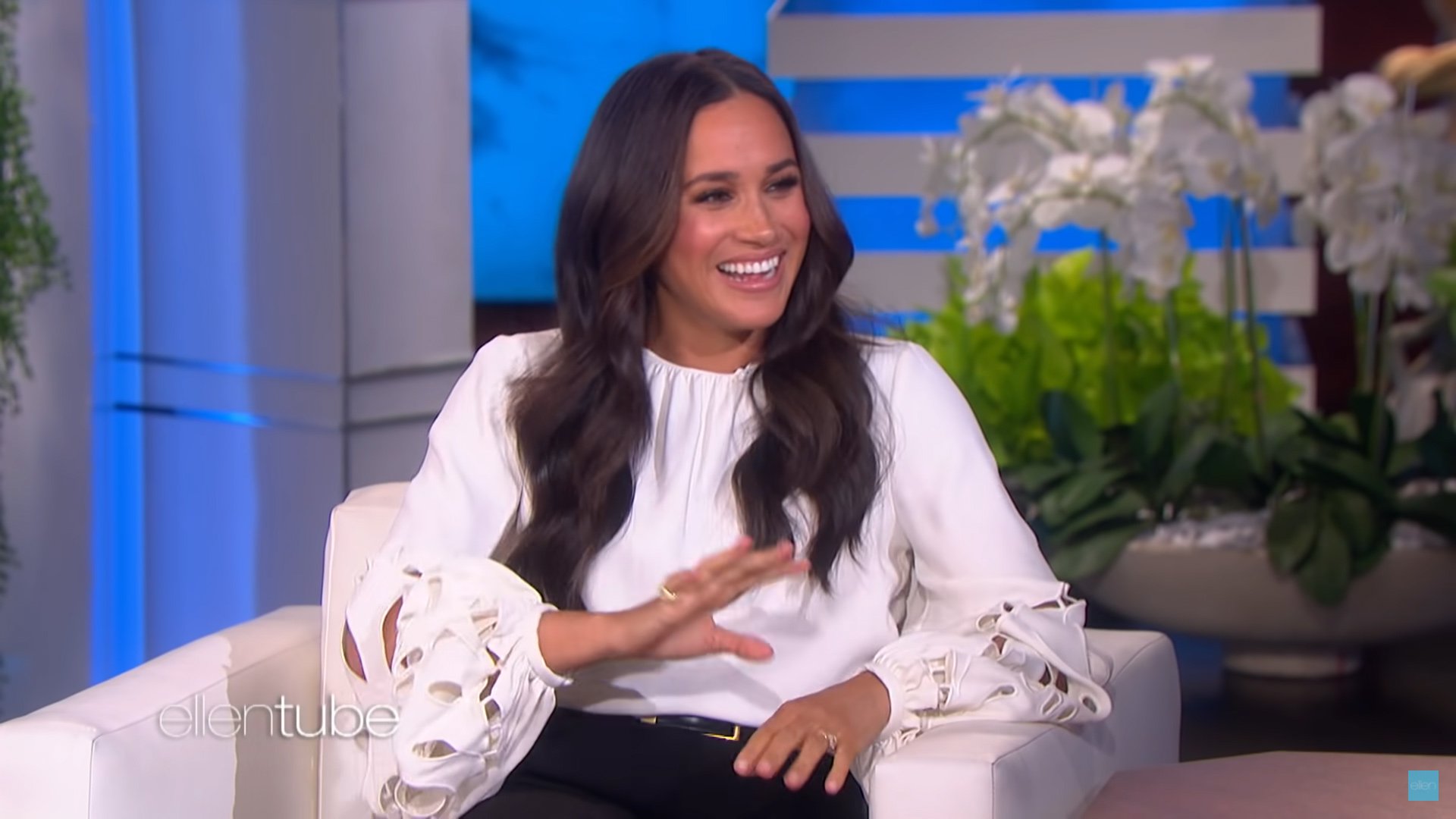 Meghan Markle’s complicated desire to balance privacy and a public life maintains one of the most contentious topics going.

No wonder then the reaction to news she’s filmed an appearance on The Ellen Show has raised eyebrows, just months after that ‘bombshell’ interview with Oprah Winfrey.

Surely, she laid it all out on the table when she took a seat in Oprah’s rose garden. What more could there possibly be to say?

Well, as long as she’s the most talked about woman on the planet – whether she does a sit-down interview with Oprah or hides away in her LA chateau with her real-life prince – naturally there is always going to be a record to set straight.

While I can’t agree with the furore over Meghan wanting to make sure she’s narrator of her story, to do so with an appearance on The Ellen Show is just handing out pitchforks to her detractors.

When Meghan last sat down to share her side of the story, accusations of toxic behaviour and racism in the Royal Family crippling her mental wellbeing, to the point of contemplating suicide, were beyond shocking for both her haters and lovers. While maybe not entirely surprising to everyone, her comments were incomprehensible, a total blow for fans and critics of the monarchy and all its values.

Why then, after putting herself forward as he poster girl for mental health would she turn to Ellen DeGeneres, the host whose show has been accused of being a platform for toxic behaviour to its crew and several guests?

The Ellen Show will be coming to an end after its current run following several members of staff making accusations of racism and intimidation on set, while ratings have also collapsed.

One employee said they were fired for attending two family funerals while another claimed producers joked about Black crew members looking identical.

Show bosses swiftly released a statement which read: ‘Over the course of nearly two decades, 3,000 episodes, and employing over 1,000 staff members, we have strived to create an open, safe, and inclusive work environment.

‘We are truly heartbroken and sorry to learn that even one person in our production family has had a negative experience. It’s not who we are and not who we strive to be, and not the mission Ellen has set for us.

‘For the record, the day to day responsibility of the Ellen Show is completely on us.’

Ellen herself may not have been accused of intimidating her staff, but her previous line of interviewing to several stars has been questionable at best.

Mariah Carey said she was made to feel ‘extremely uncomfortable’ when Ellen interrogated her over pregnancy rumours, even pushing her to drink champagne on air.

When the singer faked taking a sip, Ellen with much excitement yelled: ‘You are pregnant!’

Later, Mariah confirmed she was pregnant but miscarried.

I personally have found myself defending Meghan with more vigour than I really imagined. I’m neither a royalist nor a republican.

Meghan doesn’t particularly inspire me, nor does she make my blood unreasonably boil to the point that she can do no right, even when she’s done little that’s wrong.

When many felt it unnecessary to speak out against the Royal Family in such a showbiz fashion as a sit down tall-all interview with chat show queen Oprah Winfrey, I was here for it. Good for Meghan finally speaking her truth after years of being silenced and having to read, what she claims, are lies after lies about herself.

Should that glass slipper have been on my foot, I’m not sure I would have been so dignified.

But there’s more than a slight unease when Meghan turns to the programme facing unimaginably cruel and appalling accusations such as The Ellen Show.

From a first look at clips from tonight’s interview, it seems unlikely Meghan is going to take swipes at her husband’s family again. Instead, the pair share some laughs as they reminisce about their Facetime with the kids on Halloween, and the last time Meghan was on the Warner Bros. set auditioning to become the next big Hollywood starlet.

The biggest ‘bombshell’ so far is Lilibet’s Halloween costume.

It’s not as though America is short of chat show options, with more reputable and far less controversial hosts.

James Corden’s The Late Late could have been the only bigger misfire, judging by the mass panic when the Harry Potter cast reunion was announced this week with overwhelming trepidation that he’d make an appearance, despite no signs he’s actually involved at all.

But The Kelly Clarkson Show has started to frequently surpass Ellen in the ratings, and if Meghan really wanted to spill all on her daughter’s ‘teething’ surely the most inoffensive and universally liked popstar on the planet would have been a smarter move.

Even those who previously fought her corner appear to be less forthcoming to defend the Duchess of Sussex, and on this occasion, myself included.

I’m all for Meghan gracing magazine covers, sitting down with chat show hosts and if she decided she wanted to Dance With the Stars one day, I honestly don’t see the issue.

She’ll never get the privacy she wants, whether she’s on The Ellen Show or not. She knows this, and, honestly, so do the people accusing her of hypocrisy every time she makes a public appearance.

But at this point, sitting down with the woman at the top of a show now more notorious for its ‘toxicity’ than its record-breaking Emmy winning streak, seems to me to be an ill-judged mistake.