When it came time to produce my film Mayday, a lot of men told me it was much too violent. That’s strange, I thought. So many movies are bloodbaths—the violence in mine is tame in comparison. The last film I saw in a theater before shooting Mayday was John Wick: Chapter 3. Then I realized what they were actually saying: that my female characters are too violent. This made them uneasy.

Mayday tells the story of a young woman, Ana, whose life has been marred by violence, most of which I do not show on screen. When the film begins, she is on the brink of total despair. Then a storm comes, and she’s transported to a dreamlike, ravishing coastline, where, like Dorothy in The Wizard of Oz, she embarks on an epic journey. The women she meets in this new world, which has aesthetic echoes of World World II-era Europe, live a life of wild abandon. No one is telling them what to do, how to look, or what to dream about becoming. At times they seem troubled by events from their past lives, but they are resolutely joyous and free in this one. They’re also at war, and they lure men to their deaths using radio signals like modern-day sirens.

When we began casting, I was told – again, by certain men – that few would audition because the script is too violent. But women did audition. Hundreds of them. They flooded in, and banged down our door for a chance to become these characters that everyone said were too violent.

These actors were not drawn to this film so they could hold a gun or become killing machines; they came because for so many women, violence is a very real part of our existence. Violence against women and girls is a global epidemic. It is authentic to us. This is not a revenge fantasy, and Mayday characters wielding weapons are not just stand-ins for roles we’re used to seeing men play – superheroes or super villains. They are complex women from the real world who just happen to be living in an abandoned submarine: funny, wild, smart, and unapologetic. Their friendships are intimate and unbreakable.

Some of the actors told me that reading the film was a revelation because they felt seen and heard. They were thrilled to see complex, rambunctious women get to do all the things men get to do in movies – ride motorcycles, hurl themselves off cliffs, and fly planes. “Why shouldn’t a girl have fun shooting guns off the back of a submarine?” a reporter asked after Mayday premiered at Sundance. “And why haven’t I seen anything like this before?”

They were also excited not to see women in a position we so often find ourselves on screen. The destroyed bodies of women and girls have become so familiar in film that we’ve become used to thinking of violence in the movies as something that happens to women. Just another brutal murder, another mystery to solve or avenge. Mayday is based on real girls who have suffered tremendous violence and fought to triumph over it. It’s a lonely fight. So, when we see that struggle portrayed from our own vantage point for a change, it resonates. We feel less alone. 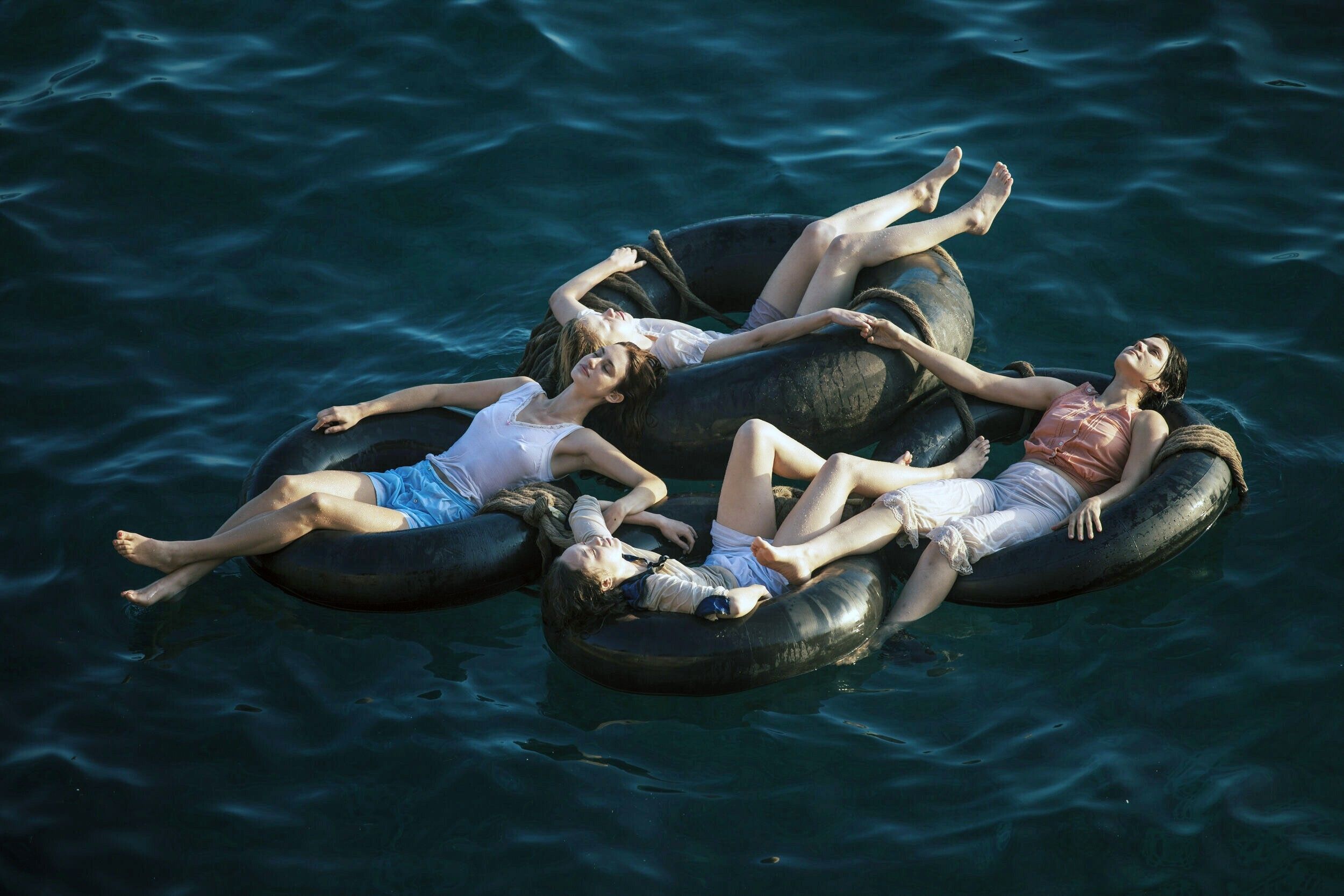 When I finished editing Mayday, some of the men who’d been put off by the script apologized to me. One watched it and said, “At first I thought, Oh, my God, this is so violent it’s hard to watch, but then I realized it wasn’t at all, I’m just not used to seeing women act like this.” Another told me, “Their story is beautiful. I couldn’t see that before.”

My vision for making this movie was always clear: I wanted to show that even in a world saturated by violence, there are still new ways to examine it and the complicated role it plays in our lives. And I was determined to not give one more frame of film to the depiction of female bodies being brutalized. We don’t want to die or be victimized onscreen over and over in horrific ways. We want films that speak to our own struggles with violence, and characters who surprise and inspire us. We are done with all the dreary cliches. We are ready for more.