Naga, 45, and Charlie Stayt, 57, were on hand to present the first-weekend edition of BBC Breakfast this morning, providing viewers with the latest headlines from 6am through to 10am. With Saturday Kitchen on after their programme, the hosts linked up with Matt, 46, to find out what he had coming up after they finished. However, the BBC journalist seemed to shut him down when he suggested she get involved with a segment on the cookery show.

Great Big Lockdown Survey: Tell us what life’s like for you by answering THESE questions

With the journalists providing viewers with the latest headlines and the updates on the coronavirus crisis, they wanted to provide some light relief by speaking with Matt.

The chef was ready and waiting in a different studio, sat down with a guest star appearing on his show and two others joining him via video link.

Even before he could reveal what was coming up on the kitchen-based programme, Naga noticed he wasn’t as chirpy as she thought he would be.

This led the pair to throw jibes back and forth between each other before the presenters clashed towards the end of the crossover where the broadcaster seemed to shut down her colleague. 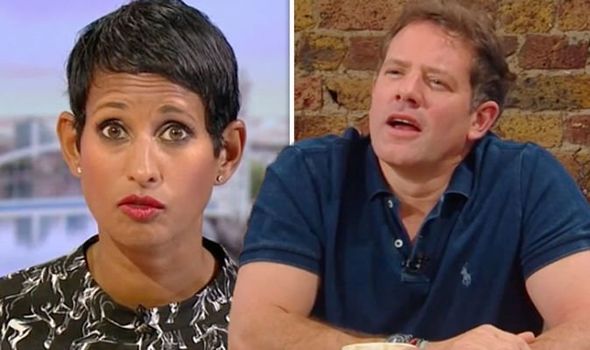 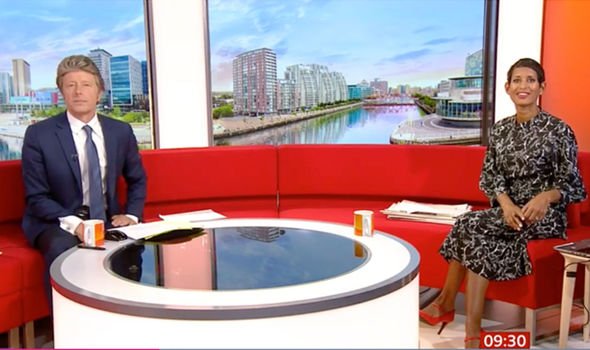 Seeing the chef on screen for the first time, Naga said: “You look pensive again. What’s troubling you, Matthew?”

“Nothing’s troubling me. I’ve just eaten a lot in rehearsals. I’m a bit sleepy, to be honest,” the presenter replied.

“Could do with a nap, but now’s probably not the time,” he joked, to which the journals said: “I suggest you prepare for your show.”

“I will, thank you very much. Because I’m a professional as you are,” the Saturday Kitchen host remarked. 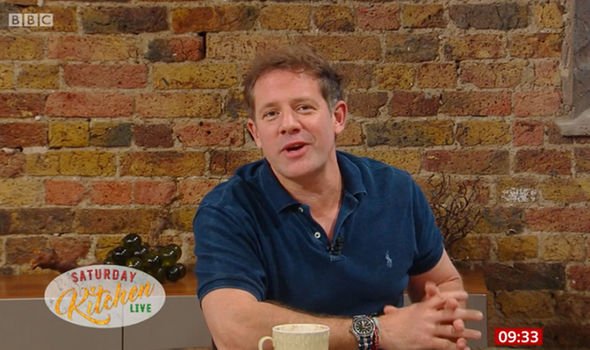 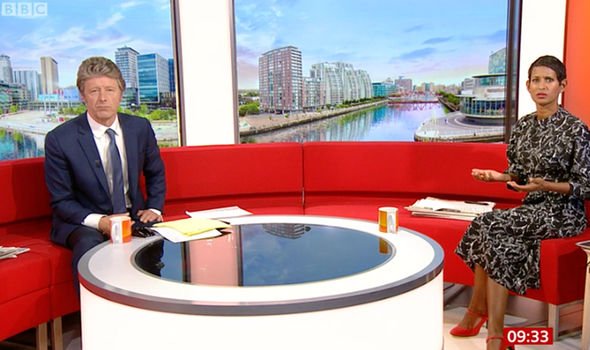 I suggest you prepare for your show

Matt then spoke with his guests about what was coming up on the show after the news, with one of them suggesting viewers get involved with making flags of the world out of food.

After seeing one suggestion from a fan, Naga said she thought spaghetti was the best food to get creative with.

“Because you can make any shapes you want,” she explained to the chef,” which led him to question the journalist’s comments.

“Also, you’ve got to bring the colours in, Naga. So, if there was a really beige flag in spaghetti form, then you’d be winning.”

Hitting back at his response to her idea, the BBC Breakfast star said: “Add a sauce, Matt.”

Not letting the matter go, the chef told his colleague: “Alright, you want to run with this. Give me a flag you would make.”

“I would make the United States flag. The little stars could be parsley or something. There you go,” the broadcaster replied.

Matt encouraged viewer participation and asked those watching at home to send in pictures of their creations.

Wanting to see what his colleague would make, the chef told Naga: “Tell you what, you could send in yours and we’ll show it next week.”

Seemingly shutting down her fellow BBC presenter at this point to end their light-hearted clash, the journalist replied: “Have a good show, Matt.”

Naga seemed to completely ignore what the Saturday Kitchen presenter had said to her, which led Charlie to join in with the jibes.

“I would say be careful what you wish for, Matt,” the journalist added before he and Naga carried on with the rest of the show.