Home » TV & Movies » Nancy dies as Frankie and Zack knock her down in EastEnders hit-and-run horror? 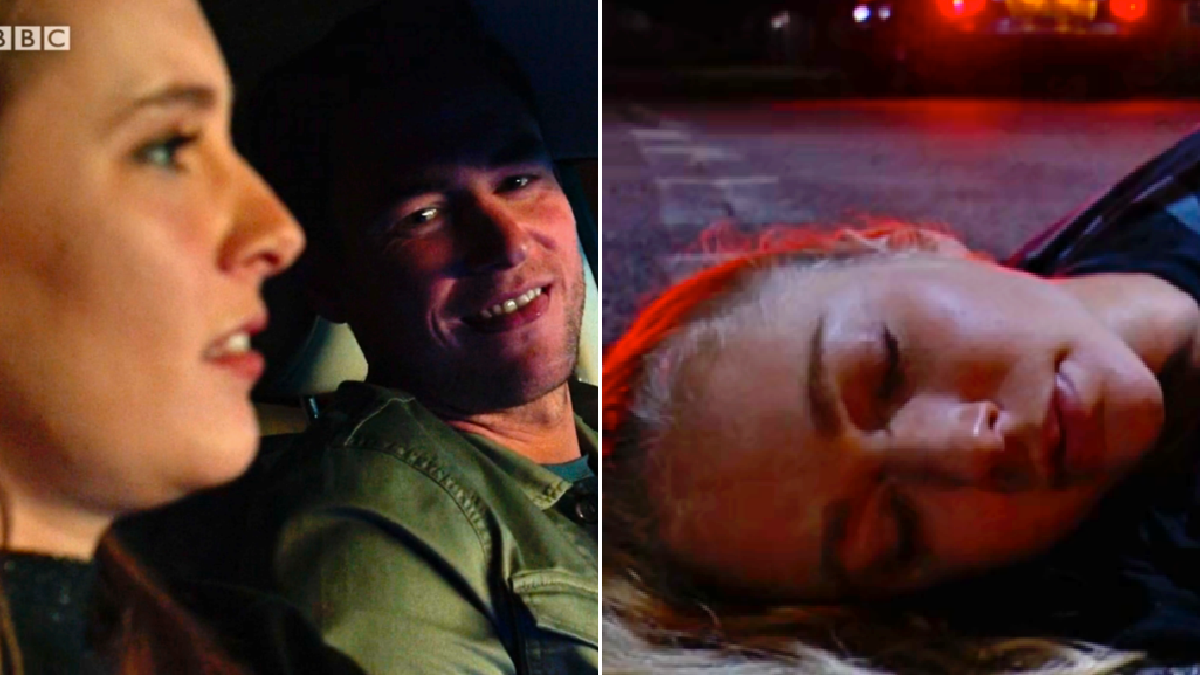 Nancy Carter’s (Maddy Hill) life hangs in the balance in EastEnders, after she was knocked down by Frankie Lewis (Rose Ayling-Ellis) and Zack Hudson (James Farrar).

Nancy was feeling down after learning that her divorce from Tamwar Masood (Himesh Patel) had been finalised.

Frankie, meanwhile, knew something was going on with her sister, but not knowing what it was resulted in her feeling left out.

She was all the more upset when Mick (Danny Dyer) was unable to take her for the driving lesson they’d planned, but after learning that Zack would be taking her instead, she was smiling once again.

Zack, however, decided to get Frankie to drive him around all of his favourite pubs, and by the episode’s conclusion, he was evidently quite drunk.

Back in Walford, Linda (Kellie Bright) visited Nancy at the gym, and attempted to cheer her up, suggesting that she should go for a run, as that used to always help her clear her head.

Nancy thought Linda’s suggestion was a good one, and without hesitation, she decided to get ready, and headed out for a jog.

Frankie, meanwhile, was having fun with Zack while driving, but their car collided with something.

And by something, we mean someone.

Yes, it was Nancy.

The question now is, will Nancy be okay? And what’s more, will Frankie and Zack hang around long enough to find out?

EastEnders continues Wednesday July 7 at 7:35pm on BBC One, or catch the next episode right now on BBC iPlayer!