Narcos: Mexico fans are still awaiting news about a potential season three of the historical drama. While they wait, Félix Gallardo star Diego Luna has given an update about the series and his role in it in a recent interview.

Why does Diego Luna need a break from Narcos?

The show followed the drug cartel leader as he began to lose control of his power in the late 1980s.

This all finished with Gallardo being arrested for his trafficking crimes and being sentenced to 37 years.

But as those familiar with Mexican history will know, Gallardo continued to have some influence. 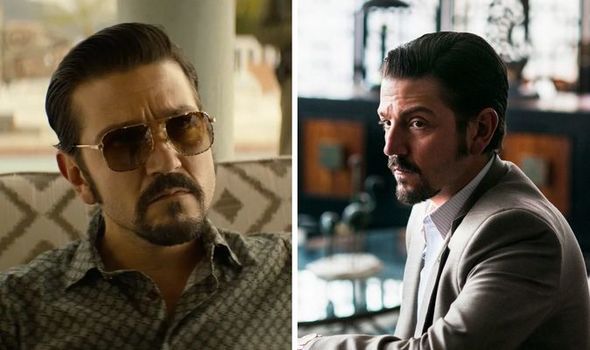 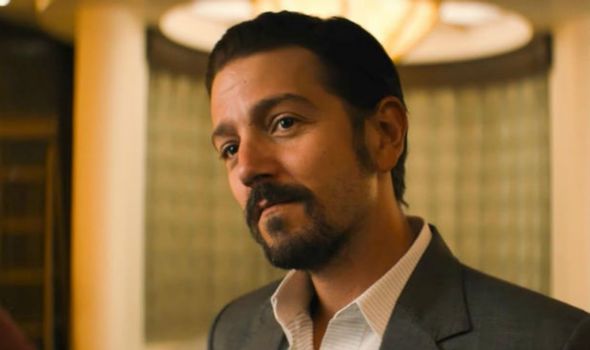 While he is currently in prison, during his early sentence he reportedly was still connected to the world of drug cartels.

He was said to have kept running his organisation via a mobile phone before being transferred to a maximum-security prison in the 1990s.

Therefore, some viewers are eager to know whether future series will explore this or not.

In a recent interview with Indie Wire, Luna, revealed a bit more about whether he will be back. 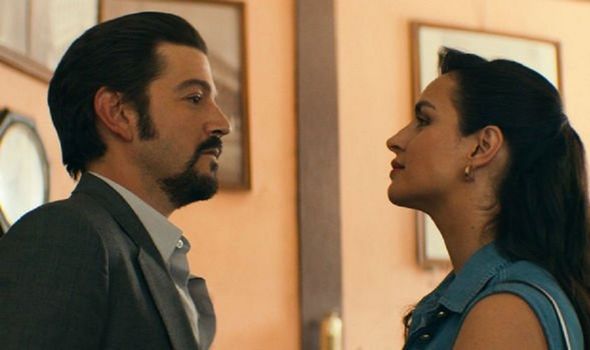 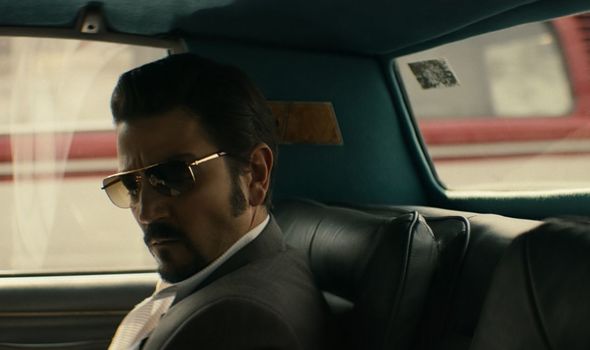 When the star was asked whether he wanted to return to the role, he said: “I don’t know.

“It’s strong material and I love the way the series shoots for quite a long time because you manage to do great stuff and you’re not in a hurry.

“At the same time I’m glad I have my life back and I need a rest.

Narcos Mexico: Who is El Mayo? Will Ismael Zambada appear?
Narcos Mexico: Did Mimi have to learn Spanish? Actress reveals all
Narcos: Who is The Lion in real life? Who is Escobar’s Miami drug boss

“Those two years were really intense for me and that is because I don’t do my job and go back somewhere else.

“I still live in Mexico. I still deal with this news and live with the result of what happened in the 80s and 90s.”

Season two is expected to be the last time Luna stars in Narcos: Mexico in the foreseeable future.

Showrunner Eric Newman also revealed this to the Hollywood Reporter back in February.

He said of Luna’s return: “I do think [this is our goodbye to that character]. Diego is going off to a galaxy far, far away!

“He’ll always be with us in spirit and, honestly, what an incredible privilege to work with him the last two years. I love him.”

Actor Luna also echoed this to the publication, adding: “As soon as I was done with the shooting, it was quite a relief to be honest, in a good way because I am very proud of what we’re doing, but I have to go out and hear and tell other stories.

“Because it’s not the only story that I care about for my country. There are so many other stories that I want to be telling.”

Next, viewers will be seeing the actor in the Disney+ series about Cassian Andor, his character in Rogue One.

Narcos Mexico is available to stream on Netflix now.