Home » TV & Movies » New Beatles book Get Back proves Let It Be sessions were friendly, not fractious

American keyboard whizz Billy Preston has been adding his dazzling skills to their sessions at the newly created Apple Studios in Savile Row, London. 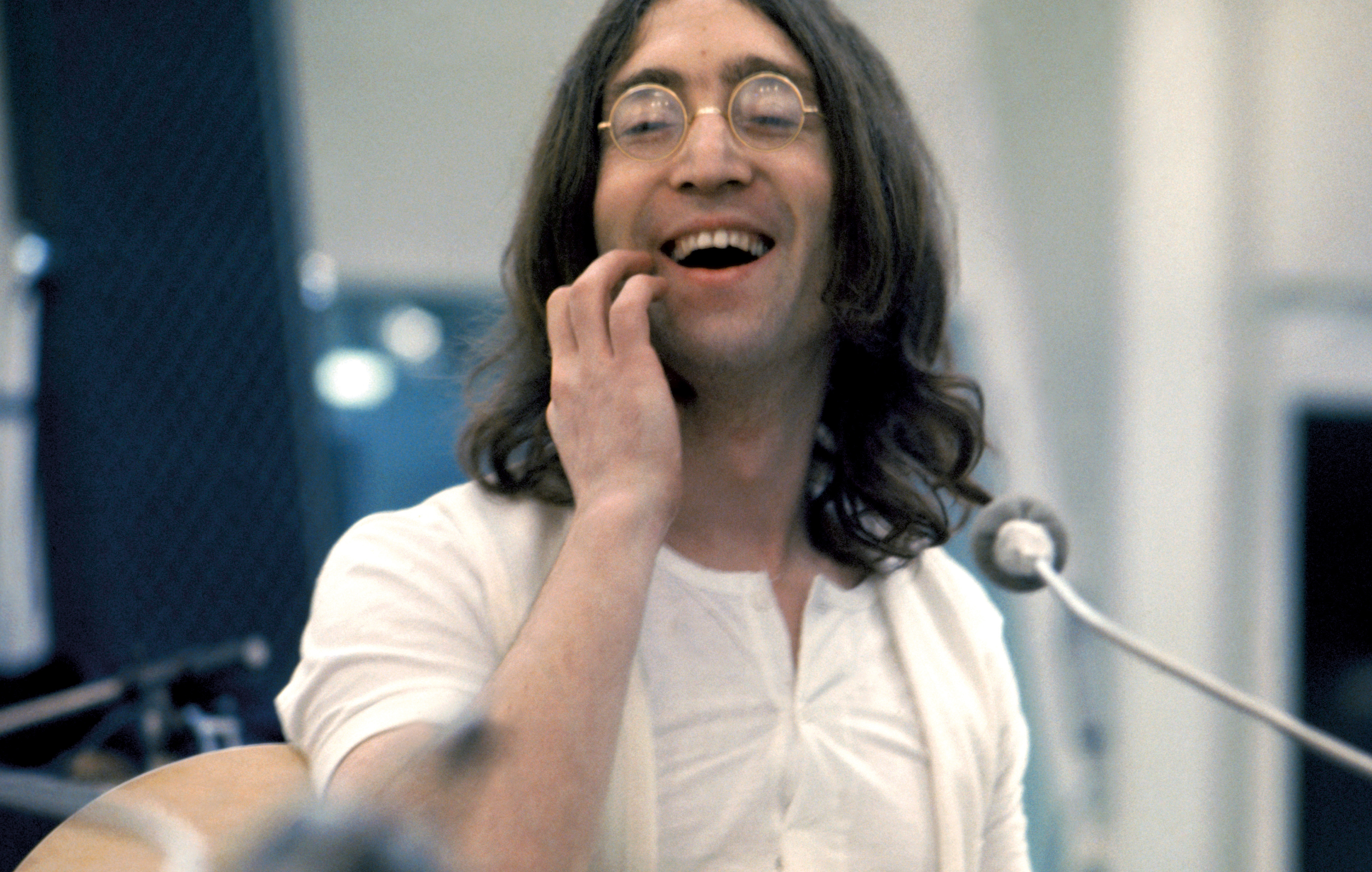 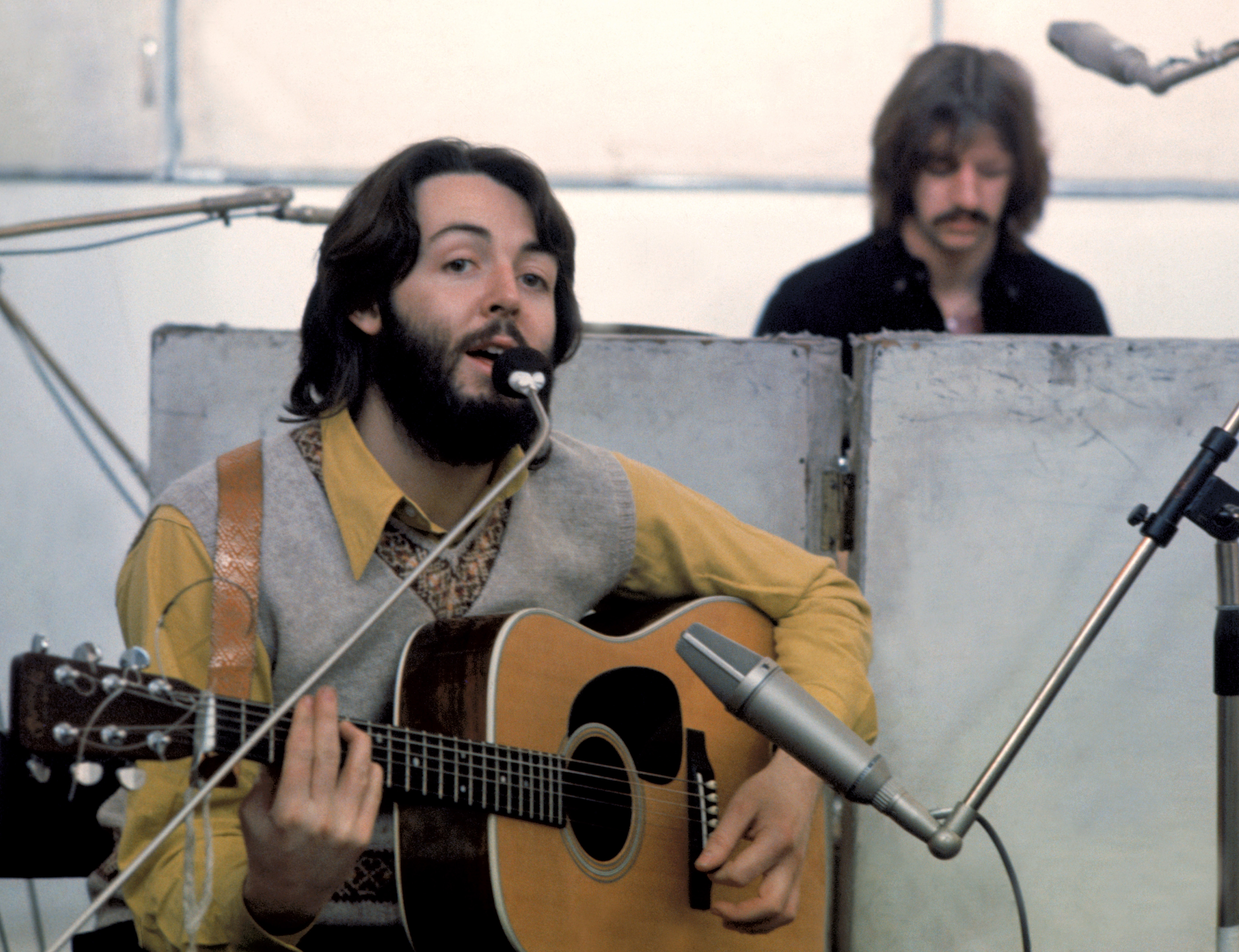 So Harrison says: “We could have him in The Beatles.”

Lennon responds to this intriguing prospect with: “I’d like a fifth Beatle.”

You could take the exchange two ways: Harmless fun between joshing bandmates or a signal that the world’s biggest band is having a tough time.

Conversations such as this have been painstakingly pieced together for a new book The Beatles: Get Back . . . full of endlessly illuminating transcripts, previously unseen photographs and detailed commentary.

The most astonishing thing about the dialogues, drawn from 120 hours of tapes, is that they appear to rewrite history.

For more than half a century, we’ve been led to believe that the various sessions which resulted in the Let It Be album were fractious, dispirited affairs.

All right, we know that two weeks before that “fifth Beatle” chat, when the band were at the cavernous Twickenham Film Studios, Harrison reached breaking point, suddenly announcing to the other three: “I’m leaving.”

In response, Lennon exclaims: “What?” Harrison replies: “The band, now.”

Later, Lennon can be heard saying: “I think that if George doesn’t come back by Monday or Tuesday, we ask Eric Clapton to play.”

But when The Beatles reconvened, albeit in the somewhat shambolic surroundings of the basement at Apple, Harrison returns to the fold.

Despite this unsettling episode, a new picture is emerging of those four momentous weeks culminating in the fabled Savile Row rooftop performance on January 30.

For the most part, the atmosphere appears friendly and informal and the music demonstrates The Fab Four’s intuitive interplay and finely honed lyrical prowess.

Present at various times are their partners Yoko Ono (John), Linda Eastman (Paul) and Maureen Starkey (Ringo) as well as the effervescent Billy Preston, who has such a positive impact on proceedings.

Others involved are engineer Glyn Johns, known for his work with the Rolling Stones, Led Zeppelin and The Who, and the man most commonly called “the fifth Beatle”, producer George Martin.

When Lennon and McCartney are discussing Two Of Us, one of their few proper duets, and the searing Don’t Let Me Down, John says to Paul: “It’s like you and me are lovers. We’ll have to camp it up for those two."

The wonderful and weighty Get Back tome serves as a companion to myriad releases of a remixed Let It Be album (out this Friday) and the epic three-part Get Back documentary by Peter Jackson (set for Disney+ on November 25).

The reason The Lord Of The Rings director has been able to mine a treasure trove of professionally shot footage is because all the sessions were filmed and recorded for the 1970 Let It Be film by Michael Lindsay-Hogg.

Jackson is overwhelmed by the material at his disposal. “It would be fair to say that Let It Be symbolises the breaking-up of The Beatles.

“That’s the mythology, the truth is somewhat different. The real story has been locked in the vaults of Apple Corps for the past 50 years.”

Although most of Let It Be was recorded before the Abbey Road album (released September, 1969), Let It Be appeared the following year with overbearing added production from Phil “Wall Of Sound” Spector.

This was May, 1970, a month after the band that dominated the Sixties broke up.

McCartney was never a fan of the original LP, famously sanctioning a Spector-free “Naked” version in 2003.

He wasn’t keen on Lindsay-Hogg’s accompanying documentary, either, but is delighted with the new multimedia reappraisal.

In his foreword for the coming album release, which includes out-takes, jams, demos and studio chat, he says: “The constant filming began as a minor irritation but we eventually forgot the cameras were there.

“I had always thought the original film Let It Be was pretty sad, as it dealt with the break-up of our band, but the new film shows the camaraderie and love the four of us had between us.

“It also shows the wonderful times we had together and, combined with the newly remastered Let It Be album, stands as a powerful reminder of this time.”

One of the biggest treats for fans is a chance to relive the rooftop performance which proves what an amazing live band The Beatles would have been in the era of bigger, better sound systems.

Their last proper gig was at Candlestick Park, San Francisco, on August 29, 1966, followed by a period solely as a studio band.

McCartney, a consummate live performer on his “long and winding road” to 2021, remembers well the short show that brought the West End of London to a standstill.

“It was convenient and we all enjoyed the novelty of playing on the rooftop space. This was to be the first time we had played live in a while. In fact, it also turned out to be the last time.”

The setlist included three incendiary takes of Get Back, two versions of Don’t Let Me Down and I’ve Got A Feeling and one each of One After 909 and Dig A Pony.

Afterwards, when the band meet to debrief, there’s a lot of discussion about “disturbing the peace” and Harrison even suggests: “We could do it at Hyde Park Corner. That would be allowed.”

It’s those mundane moments that seem to alter perception of The Beatles’ break-up as much as the momentous ones.

In an earlier exchange, we hear Yoko saying she’s trying the toast “without the marmalade today”.

She’s clearly not enthralled by her choice and, to much laughing, Lennon says: “You see what happens. Bad karma.”

Harrison likens the situation to school and says: “I keep thinking any minute the whistle will go and we’ll have to go into assembly.”

It’s worth noting that all this happened a year before The Beatles went their separate ways and all released solo albums before the end of 1970, including Harrison’s sublime All Things Must Pass.

After eight years at the top, the strain inevitably took its toll . . . the pressure of Beatlemania, the overdose death of another “fifth Beatle”, manager Brian Epstein, the financial divisions created by American businessman Allen Klein.

There were other factors too, of course, but let’s go back to an observation by schoolmasterly producer George Martin at the Let It Be recordings.

As he watches the band he’d nurtured since their first single Love Me Do in 1962, he says: “You’re working so well together, you’re looking at each other, you’re seeing each other. You’re just . . . happening.”

No wonder Paul McCartney can finally say: “This is how I want to remember The Beatles.”

Good day in the life of The Beatles

EXCLUSIVE: Here are some choice extracts from The Beatles’ Get Back sessions kindly supplied by Apple Corps… 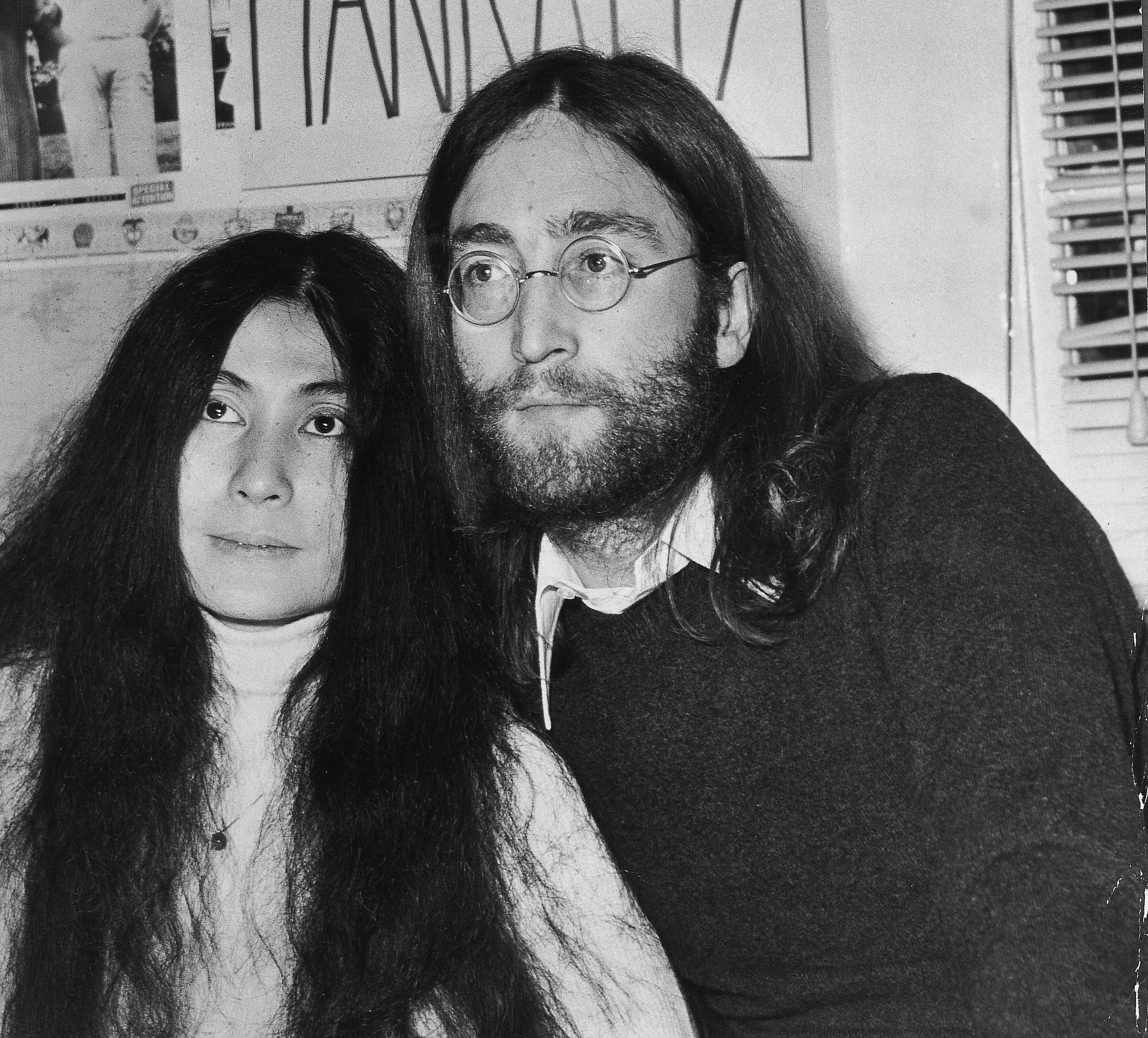 JOHN, Yoko, Paul and George are having breakfast. Billy Preston, the keyboard player who has joined the sessions, is elsewhere. Enter Ringo.

Yoko: I’m trying [the toast] without the marmalade today, you know.

John: You see what happens.

George: It’s funny, isn’t it? I keep thinking any minute the whistle’ll go and we’ll all have to go into assembly or something.

FILM director Michael Lindsay-Hogg talks to John about his appearance in the recent movie The Rolling Stones Rock And Roll Circus (“I was doing a bit of Yer Blues this morning – it’s looking very good”), before all four Beatles talk about Billy Preston, his work on the sessions, and plans for his solo releases on Apple. 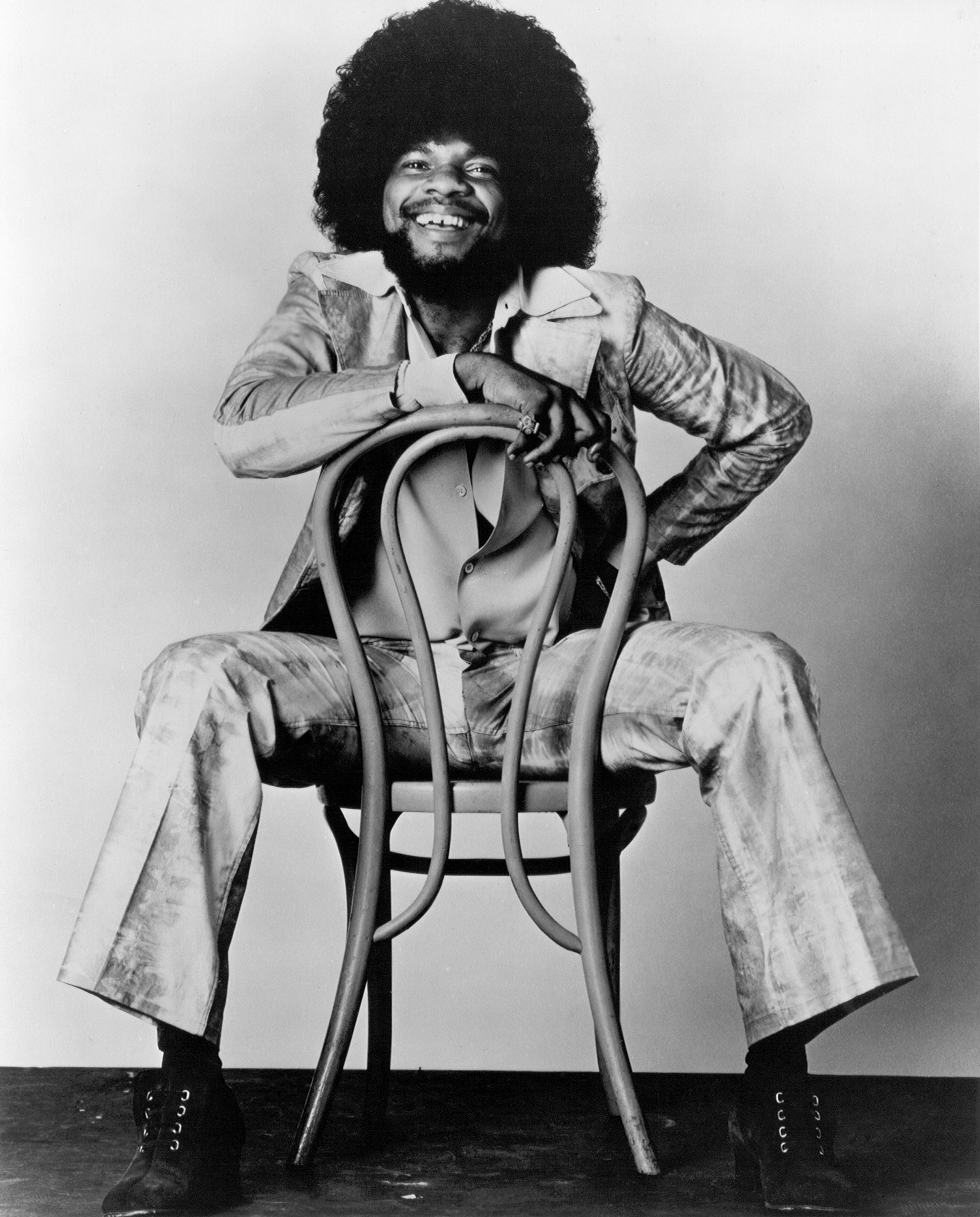 George: Billy just really is so knocked out, so thrilled [to be] doing it. And also, you know, he sees it as a great opportunity . . .

George: We could have him in The Beatles as well.

WITH producer George Martin watching on, the band work on Two Of Us, which is now slower than the Twickenham version, but still based on the same feel.

It then quickly acquires the arrangement used on the finished version, which Paul compares to I’ll Follow The Sun, from Beatles For Sale. 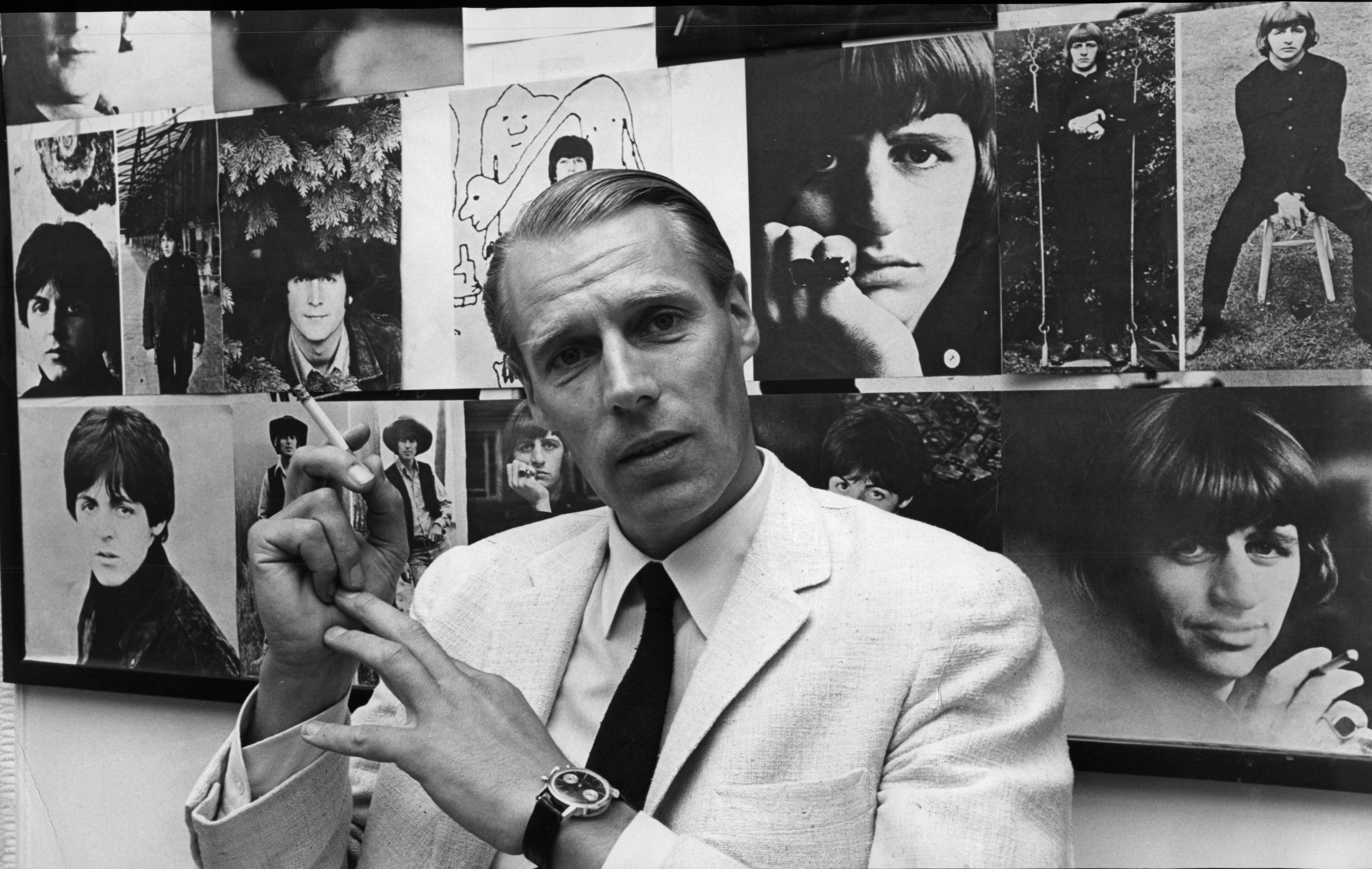 John: Yeah. It’s like you and me are lovers.

John: We shall have to camp it up for those two.

Paul: Yeah, well, I’ll be wearing my skirt on the show anyway.

More work on the song.

George: Shall we hear it?

John: [making his way to the control room] Track it. Put the violins on. Let’s go.

John: Release it in Italy only. Let’s just make a different single for every country. . . Just every song we make we release as a single somewhere. Because every one suits one country.

George: It sounds lovely that, now. After all the anguish we went through with it. 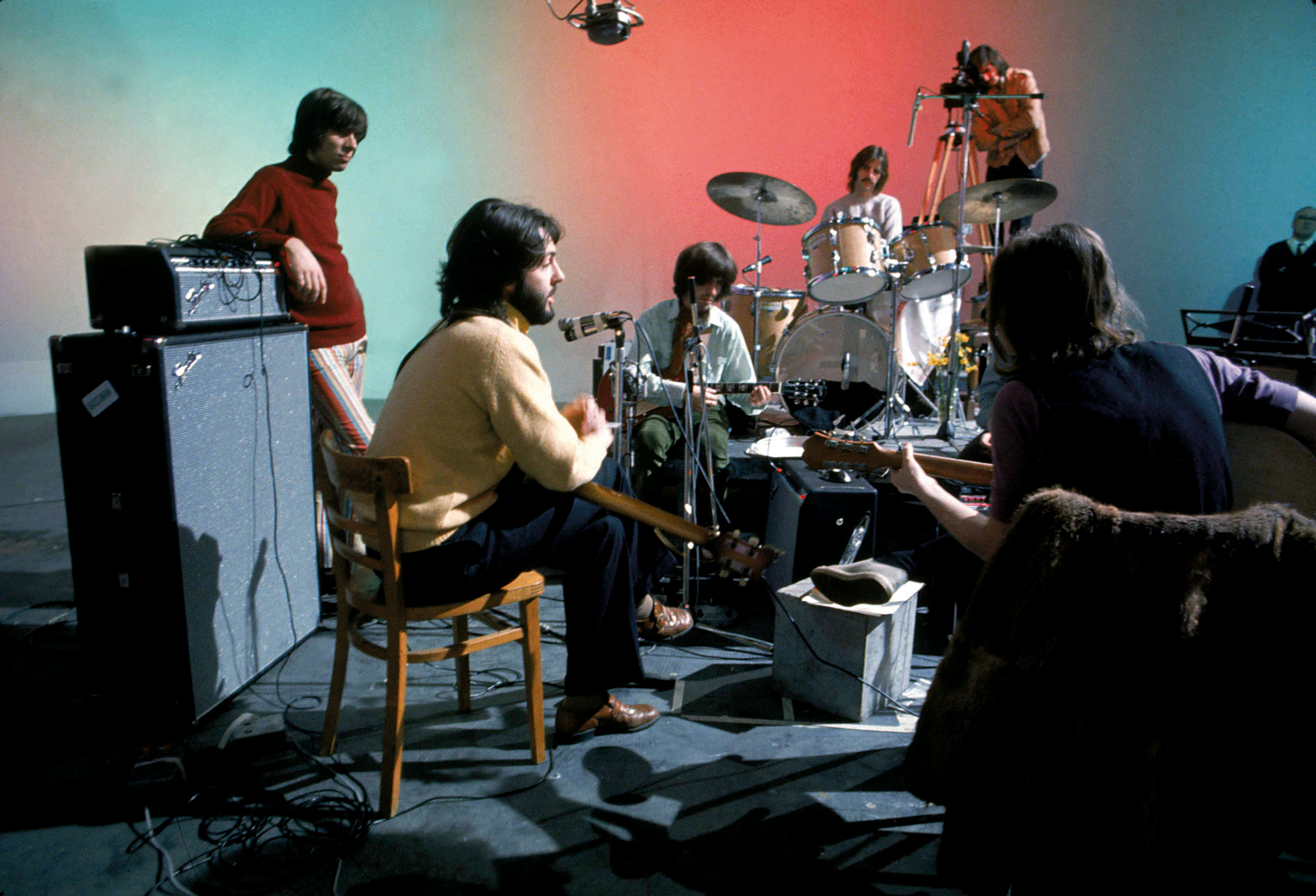 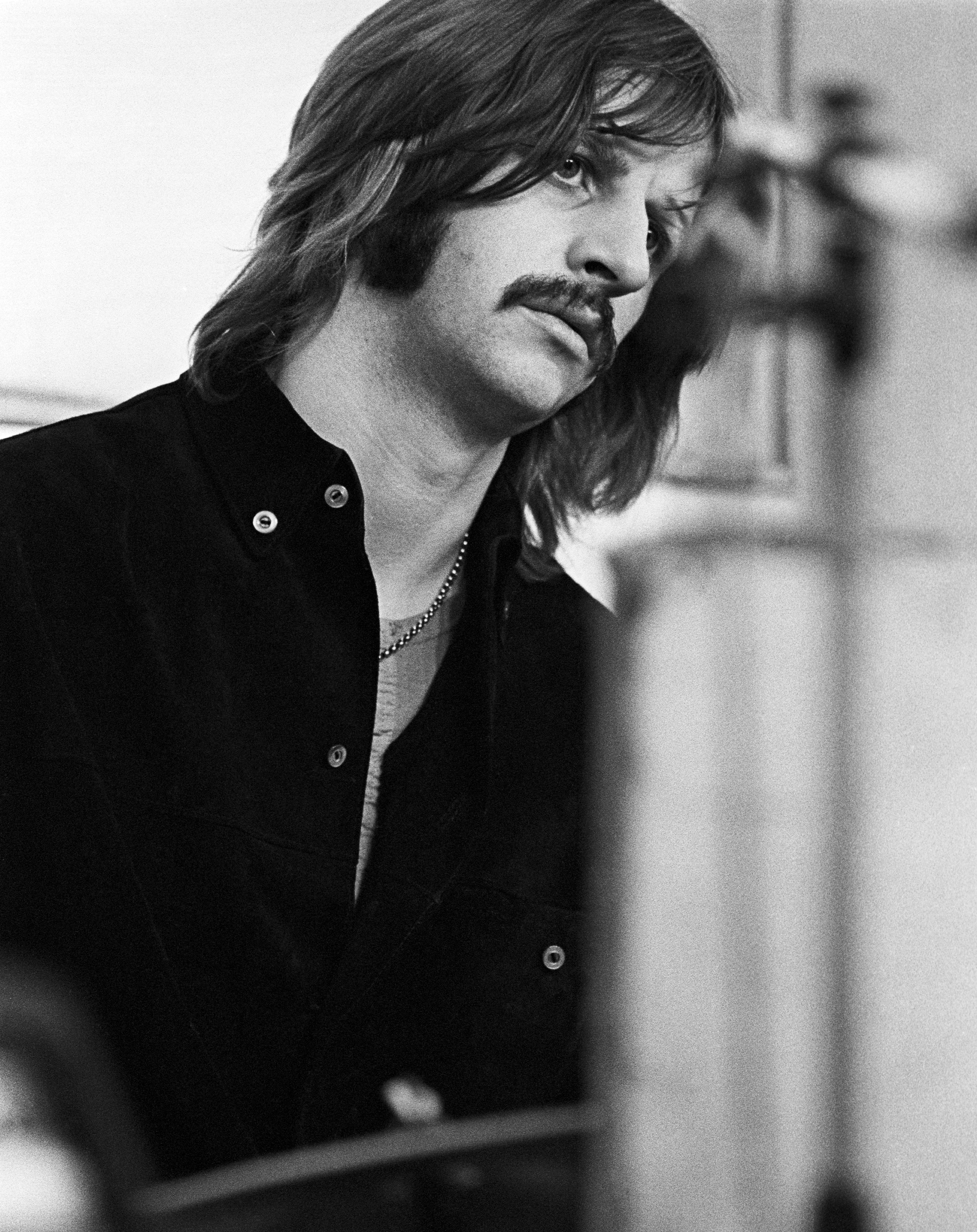 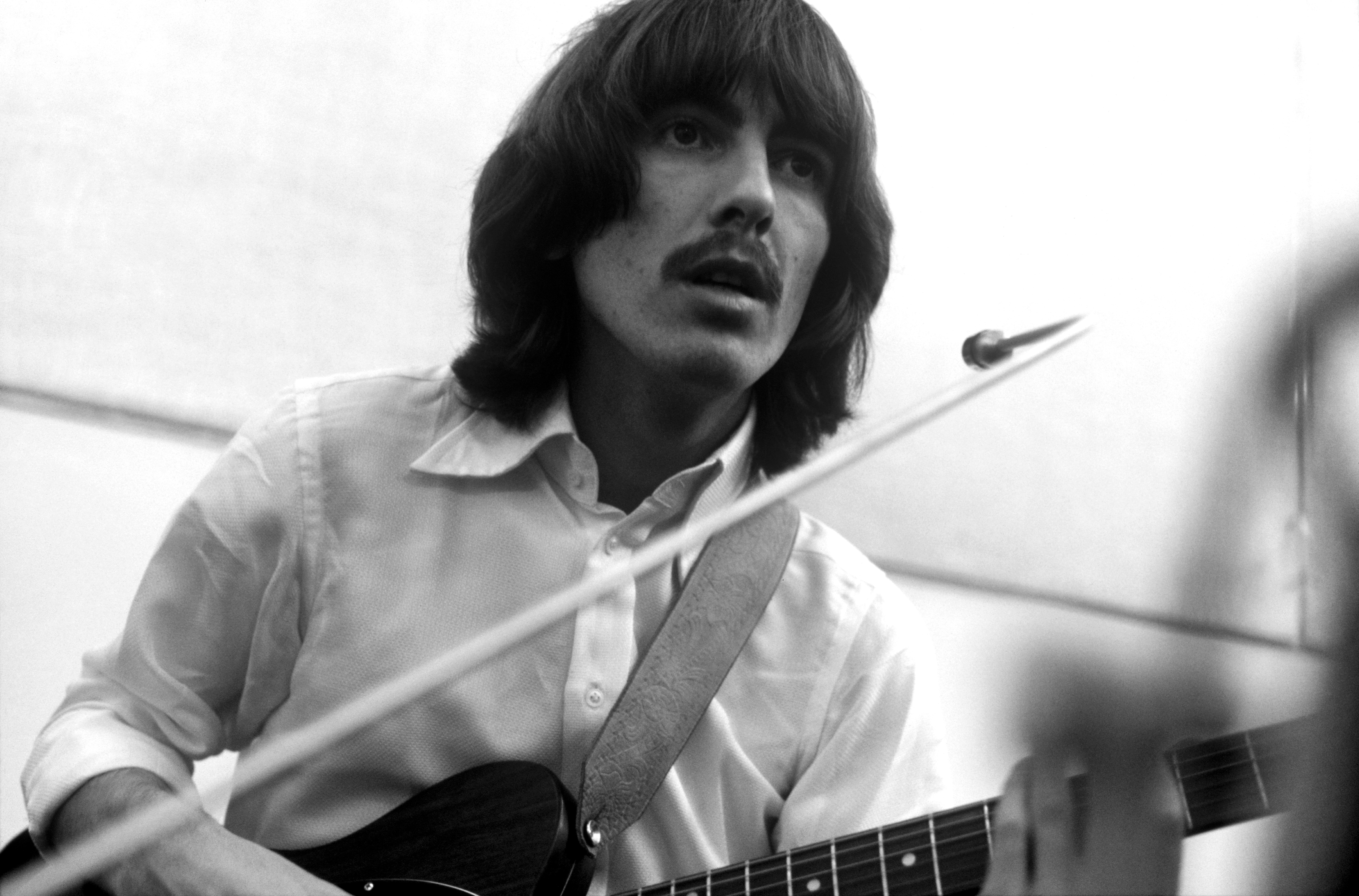 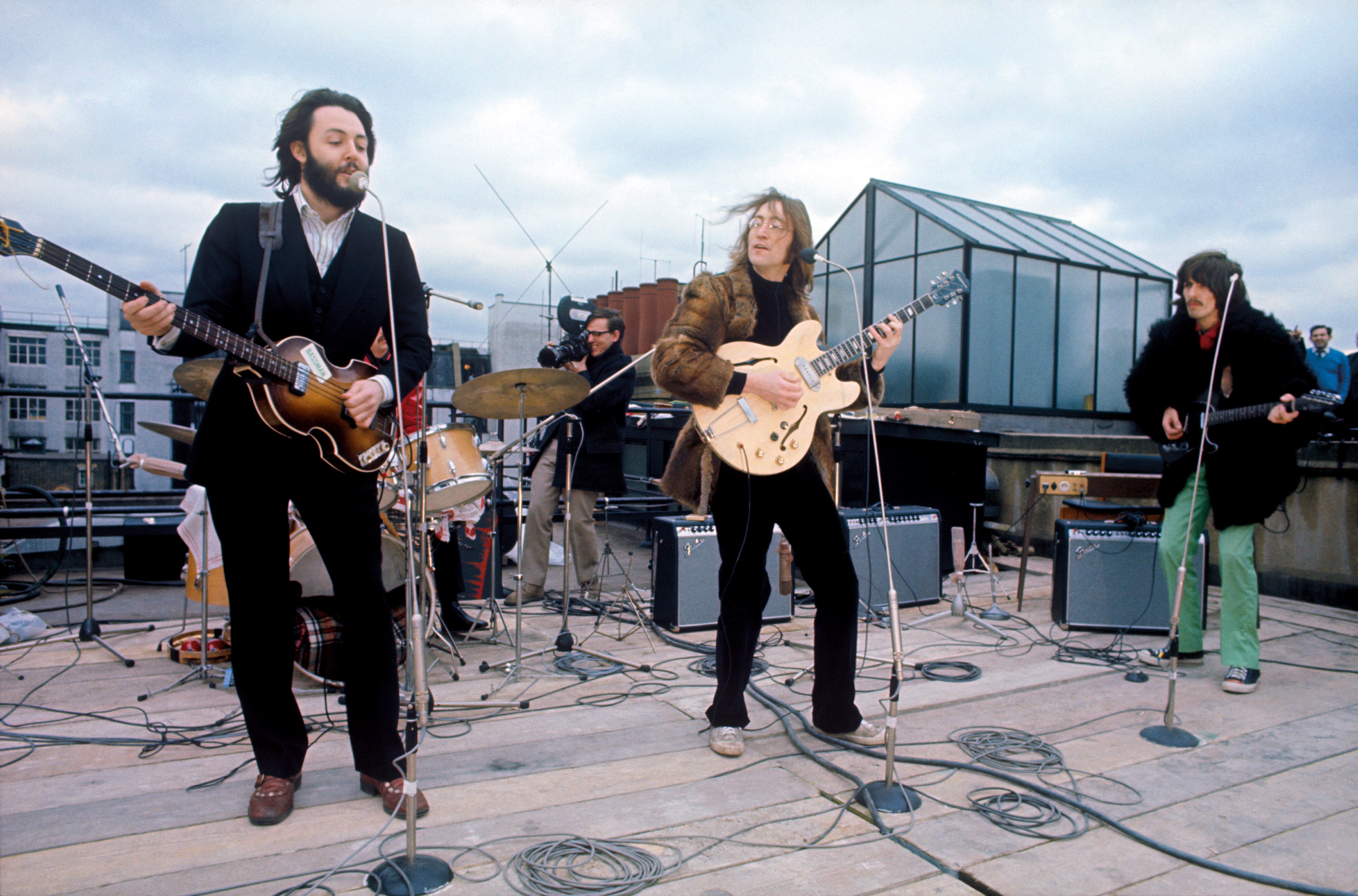 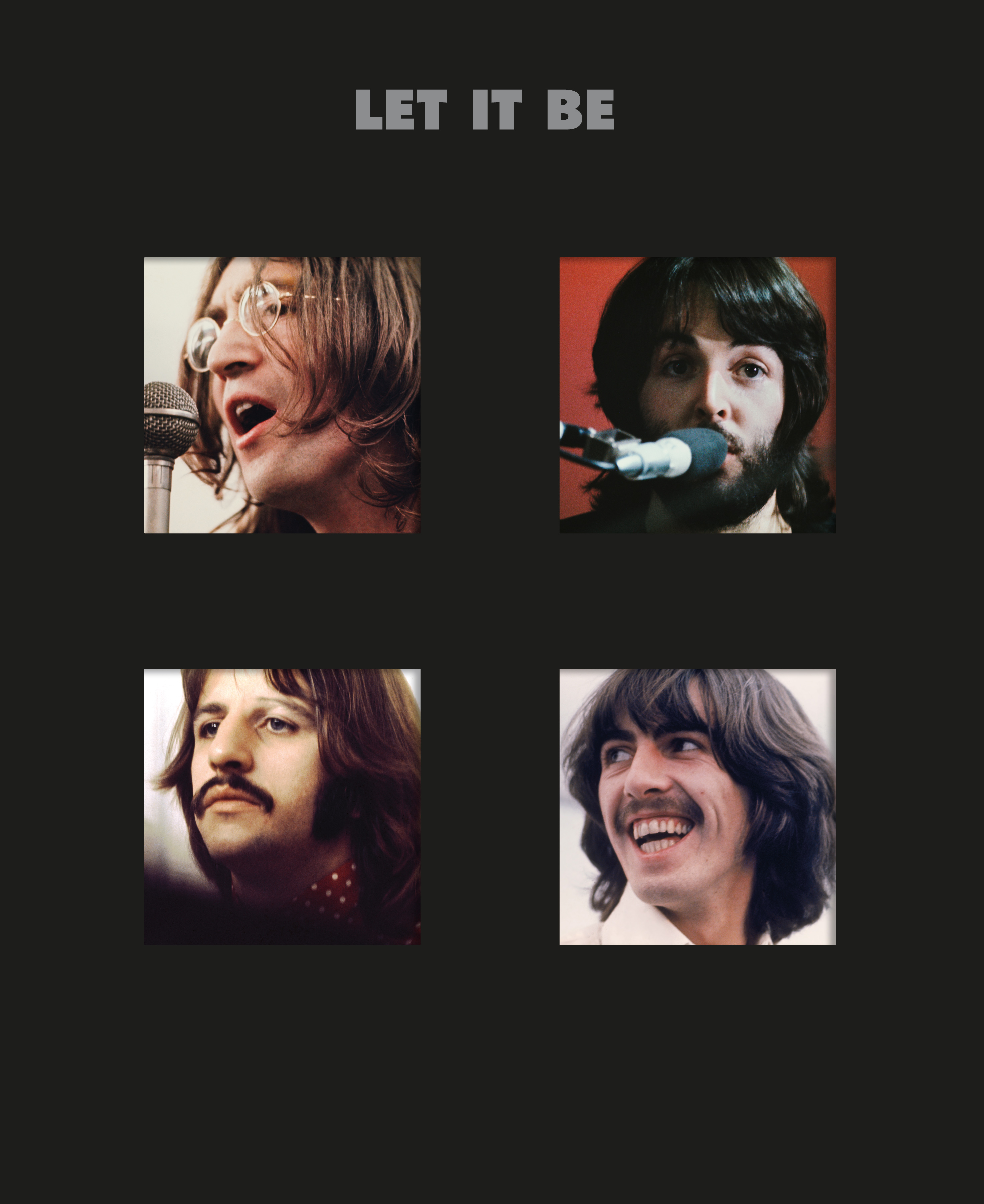 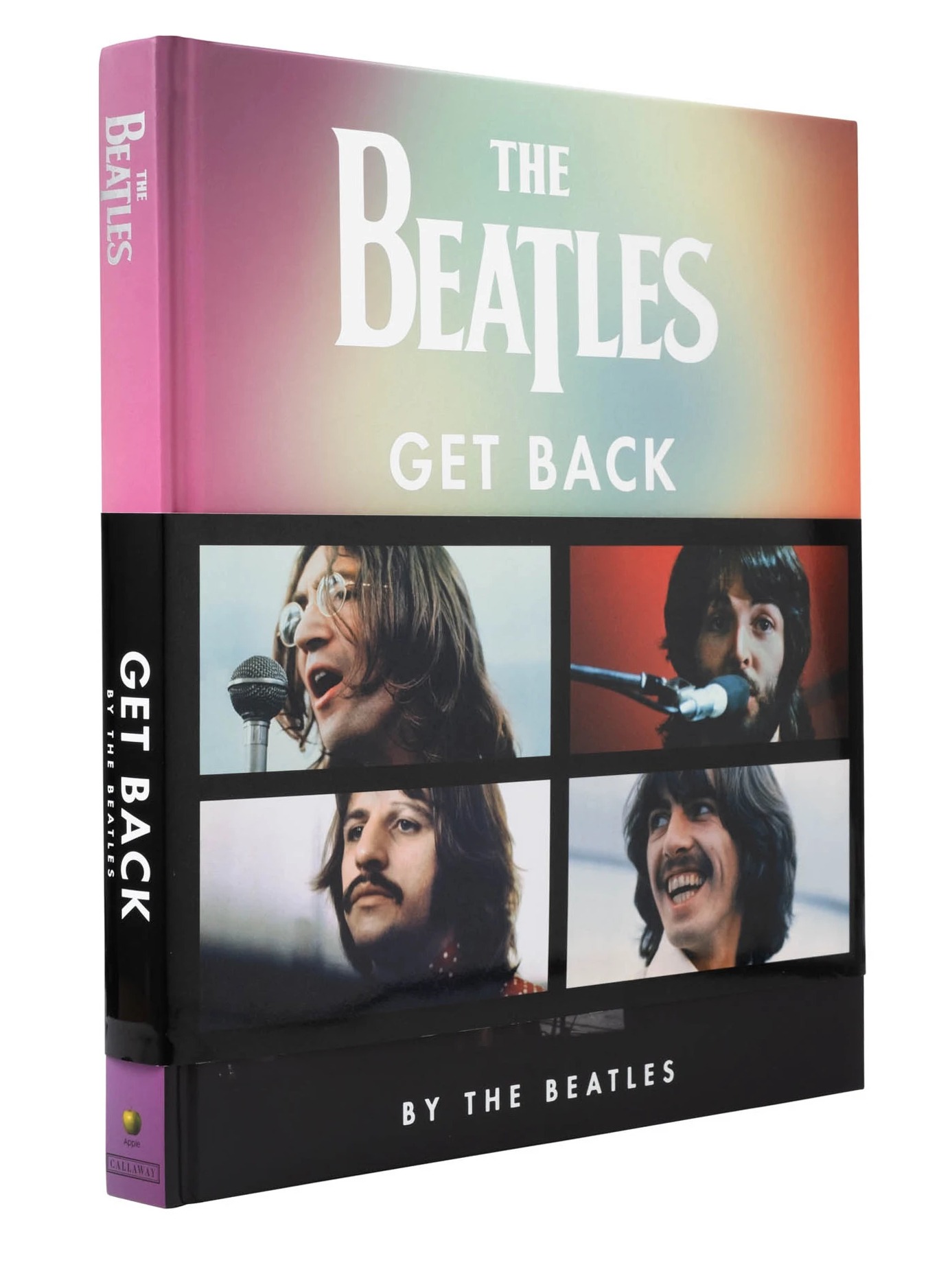