Home » TV & Movies » No Time To Die: ‘You have to honour James Bond of old’ says Moneypenny star Naomie Harris

First published in the 1950s, Ian Fleming’s spy novels became one of the world’s best-known film franchises a decade later. And now almost 60 years since Sean Connery’s Dr No first hit cinemas, some movie fans feel James Bond really needs an update. After all, the earlier films can come across as particularly dated, especially in terms of how 007 treats women in certain scenes.

But how do you update Bond for No Time To Die without divorcing the character from his source material?

At the end of the day, 007 is a womanising anti-hero with a drink problem who’s not exactly a role model in the same way as a Captain America is.

However, it’s often the greyer characters like Pirates of the Caribbean’s Captain Jack Sparrow, who achieve great things despite their flaws and are all the more interesting for it – especially if they develop out of their faults and learn from their mistakes throughout the narrative.

The question is whether that’s the case for Bond or are his negative connotations still overlooked or even celebrated in the way they arguably were in the older films? 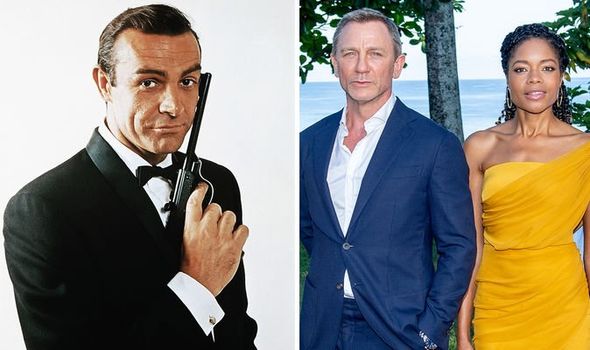 Whatever the case, the MeToo movement and questions over Bond’s advances in outings as recent as Skyfall have seen the 007 franchise commit to a change of sorts.

Just last year, Bond producer Barbara Broccoli told the BBC: “The Me Too movement has had a huge impact – rightfully, thankfully – on society, and these films should reflect that, as everything we do should.”

While Daniel Craig added: “Bond has always adapted for the times. But you’re dealing with a character who is flawed, who has issues, and I think that’s something that’s worth still exploring and grappling with.

“Of course, we wouldn’t be movie-makers or creative people if we didn’t have an eye on what was going on in the outside world.”

Now Craig’s Moneypenny co-star Naomie Harris, who returns with him in No Time To Die next year has weighed in on the matter.

Speaking with Tatler, the 44-year-old admitted: “It’s a difficult tightrope to walk.

“It has that traditional aspect to it. You have to honour that, I think. But then, as well, you have to move with the times.”

No Time To Die also sees the introduction of a female Double-O agent in Lashana Lynch’s Nomi.

The 32-year-old Brit of Jamaican descent is even rumoured to be the new 007, since Bond has retired from MI6 at the start of the movie.

If the rumour turns out to be true, such a move seems to be a perfect example of how Bond can evolve without dishonouring the franchise.

There have been calls for a female James Bond and Barbara Broccoli has asserted that will not happen.

However, that doesn’t mean that a woman can’t be 007. As in, she like Nomi is capable of the same job and role as Bond without literally being Bond. If anything, the next Bond actor after Craig could well be the first BAME star to take the part.

While Broccoli says Bond will always be a male character, she’s totally open to him being portrayed by a person of colour.

Our choice would be Henry Golding, but who knows what the 007 franchise has planned next. No doubt they’ll be some changes and surprises, but we can trust the Bond team to make those without trampling on its legacy.