Claire (played by Caitriona Balfe) and Jamie’s (Sam Heughan) relationship grew after they became friends when the MacKenzies kept her captive at Castle Leoch in season one of Outlander. The English medic was at risk of being taken hostage by Captain Jack Randall (Tobias Menzies) and to ensure she couldn’t be held captive, Claire agreed to marry Jamie so she became a Scot. Claire was already married to Frank Randall (also Tobias Menzies) but given there was a 200 year difference, she found no harm in marrying again.

A lot of effort was put into the wedding day – with Jamie’s men finding a white gown from a brothel for Claire to wear on the big day.

Jamie also organised for a ring to be made for Claire even though he couldn’t afford much.

The pair’s ceremony was small and quiet but it’s the wedding night sequence which fans always remember.

Jamie had previously revealed he was a virgin and was glad Claire knew what to do when it came to their wedding night. 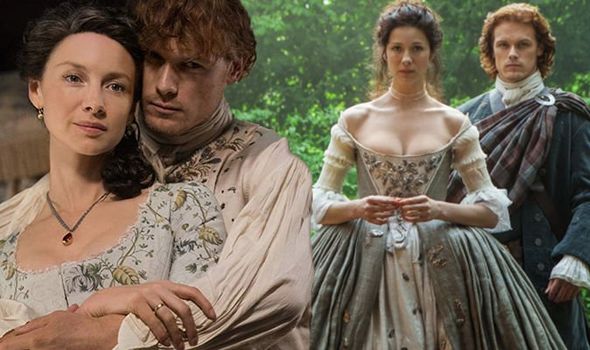 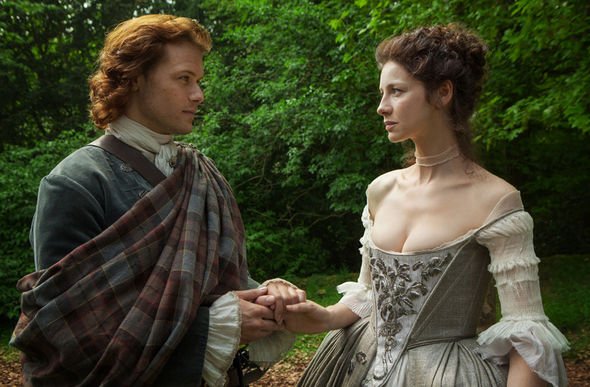 But slowly they come to understand what each other likes and their passion for one another is overwhelming.

“I think we were five days in the wedding chamber,” she revealed.

But while fans may think that meant Caitriona and Sam spent five days in bed together – they would be wrong. 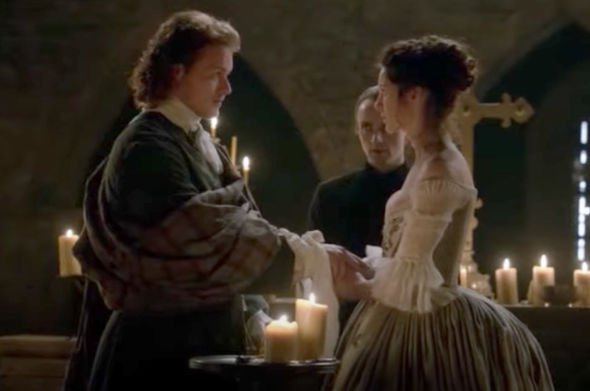 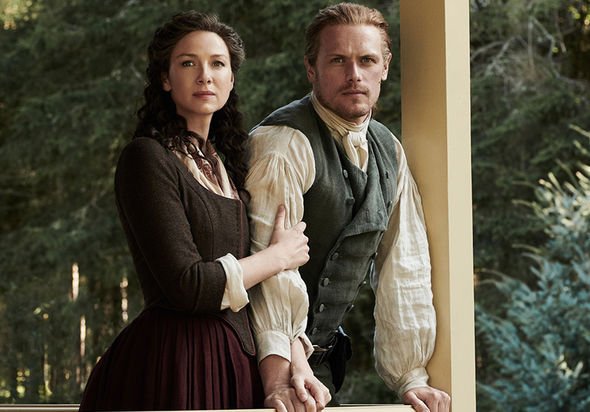 Anna explained the five days was “not just the sex scenes, everything leading up to them, too, all the connective tissue.”

She went on to add it was important both actors felt comfortable with one another so they choreographed the wedding night.

“We taped out the floor plan of the wedding chamber, and went through a very specific choreography, movement by movement,” Anna detailed.

“The actors felt comfortable—they knew where to move, which direction to fall on the bed, how their hair was falling so I could capture it—it’s very technical.”

It comes as Jamie actor Sam opened up on how he and co-star Caitriona have a more brother-sister relationship the sex scenes are still a little embarrassing.

Speaking on The Love/Hate Club podcast, Sam explained: “She’s like my sister and tells me exactly what I’m doing wrong and I need to know these things!

“To be honest we’re so close now, we know each other well…

“Those intimate scenes where we bash our bodies together they are never that pleasant and they are really important part of the show and characters and their relationship.

“But we’ve done all kinds of things together to get into those scenes and sometimes it’s a wee bit of Dutch courage.”

He went on to reveal that Vaseline played a key part in Jamie and Claire sex scenes.

“You get all Vaselined up, and water spray to create little droplets,” he divulged.

This article contains affiliate links, we may receive a commission on any sales we generate from it. Learn more.