Home » TV & Movies » Outlander ghost theories: Can Jamie travel to the future through his dreams?

Outlander season one, episode one saw Jamie Fraser (played by Sam Heughan) appear as a ghost outside Claire Randall’s (Caitriona Balfe) window. Given how viewers know Jamie is unable to travel through the stones to the future, some viewers have been wondering if he actually travelled through his dreams to see her.

Can Jamie travel to the future through his dreams?

Time travel in Outlander is seemingly genetic with not all of the characters able to travel back and forth from the future to the past.

Therefore, while Claire is able to travel from the 20th to 18th century, Jamie does not have the same ability.

This has caused much confusion among fans who will remember how in the opening episode Jamie appears in 20th century Scotland.

Frank Randall (Tobias Menzies) comes across him standing outside of Claire’s window gazing up at her. 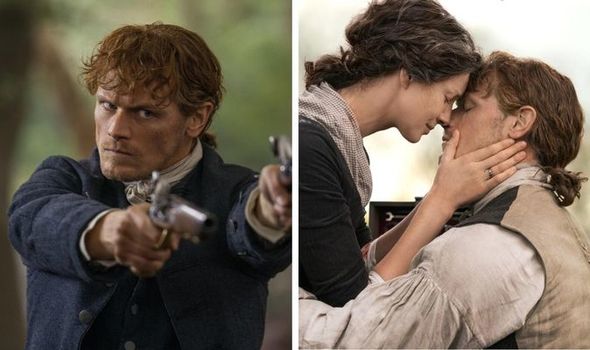 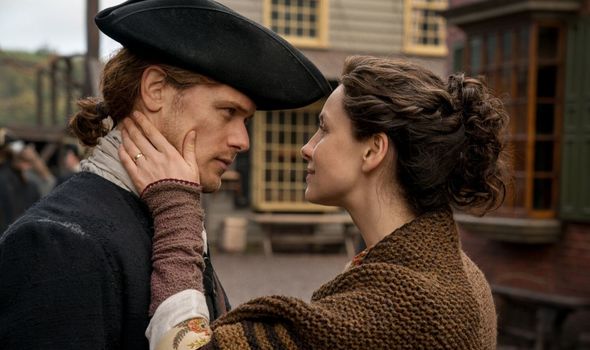 However, when Frank goes to confront him, he disappears into thin air.

The moment is one fans have been trying to explain since it happened as it could have huge implications for the characters.

One thing the author of the book series Diana Gabaldon has confirmed is that Jamie is not time-travelling but is, in fact, a ghost here.

In July 2016, she tweeted about the scene in response to a fan: “He’s a ghost. Ghosts don’t need no stinkin’ stones…” 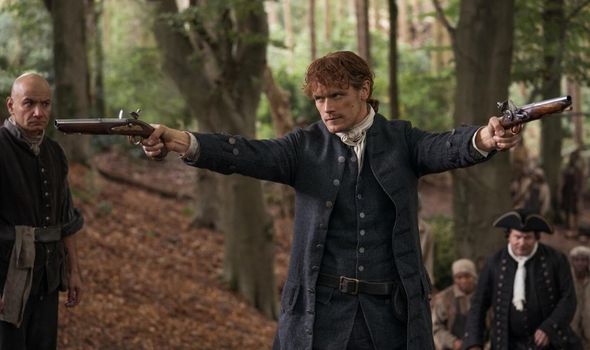 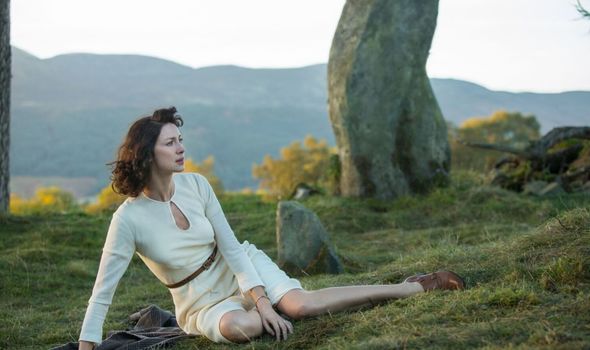 Therefore, other viewers have been coming up with potential explanations about how he travelled as a ghost to the present.

One of the biggest theories revolves around Jamie’s dreams in the historical drama.

As fans will know, while Jamie cannot physically travel, he does seem to have the ability to see the future when dreaming.

This was revealed during season four when Jamie asked Claire about one of Brianna’s birthmarks after he had seen it in a dream.

Outlander spoilers: How many spin-off series will there be? [INSIGHT]
Outlander: Will Claire die in the past or travel to the future? [THEORY]
Outlander series vs book: What huge changes were made? [INTERVIEW]

In the novels, Jamie reveals he had seen his daughter in a future time period before he had even met her when he was asleep.

As a result, some fans think the highlander may have the ability to travel to the future in his dreams through a phenomenon called astral travel.

While this has not been explored very much yet in the series, this is mentioned a number of times in the later books by Gabaldon.

What’s more, some fans believe this might be how Jamie’s ghost appears in the present as well.

User DarkerSkye wrote on Reddit: “I have a theory here. Every time Jamie dreams that he sees things in the future, that’s his ‘ghost’ visiting them.

“Brianna does this too in the books sometimes. I think she gets it from her Dad.”

This could help solve one of the biggest mysteries remaining in the Outlander series.

However, it seems like viewers will be waiting right until the end for final answers according to Gabaldon.

Speaking to Express.co.uk earlier this year, she confirmed she will be ending her book series by explaining Jamie’s ghost.

Asked whether fans would be pleased by the ending, she added: “I expect to leave them in floods of tears but you know feeling happy nevertheless.”

Outlander seasons 1-5 are available to stream on Amazon’s Prime Video.