Fans of Outlander will recognise Graham as Dougal MacKenzie in the Starz series. He starred alongside Sam Heughan for two and a half years but the pair recently reunited for a series of their own, Men in Kilts. Driving across Scotland in a camper van the pair explore the landscape, history, culture, food and drink of the country. They also engage in a number of traditional Scottish sports which ends with one of them running into the North Atlantic completely naked. Ahead of the series premiering on Starz in the UK on May 9, Graham spoke exclusively to Express.co.uk about how the show came about and his highlights.

Men in Kilts may be airing in 2021 but Graham actually had the idea to look back at Scotland’s history 30 years ago as he prepared a treatment for Clanlands.

Unfortunately, no one was interested in his idea so it “lay dormant” until he mentioned it to co-star Sam, also known as heartthrob highlander Jamie Fraser.

“He rang me, I was in New Zealand and he rang and said, ‘You know, we should do something,’” Graham recalled.

“At first it was going to be a podcast and I pretended to know what podcast was, I really had no idea. And then a day later he said ‘Oh yeah you know, why don’t we do it with cameras, with the GoPros.’”

Graham admitted they thought travelling with GoPros strapped to their heads might be “stupid” so Sam pulled together a crew. 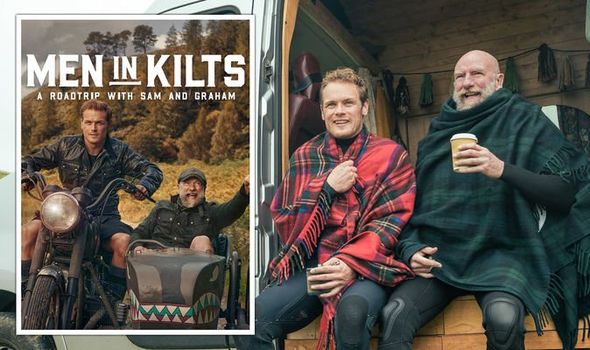 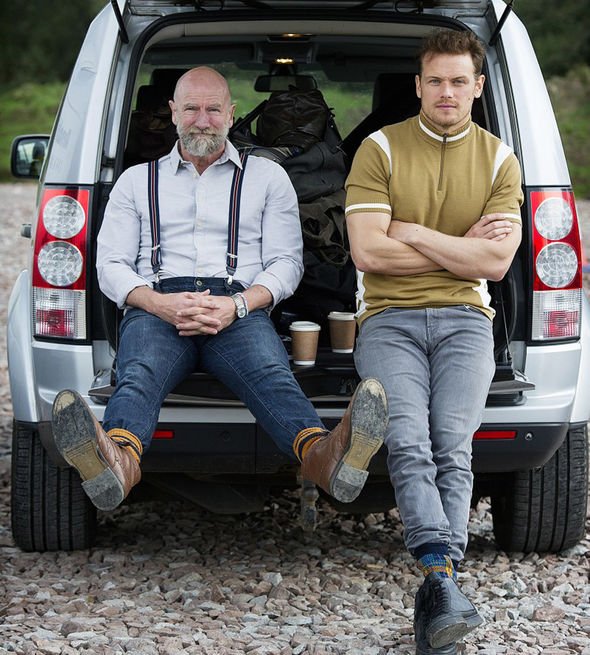 “It was a lot of people that he works with on Outlander and we both knew,” he continued.

“We just did it ourselves, really, we did it like three consecutive weekends while Sam was filming Outlander and we shot something that kind of ended up being a teaser trailer to get Starz and Sony interested.

“So it did not take any arm twisting at all because I wanted literally to tell the story for 30 years. So it’s been fantastic actually.”

From the very first episode, viewers will see just how much Sam loves to tease his friend and co-star, particularly when they’re driving around Scotland.

When asked if the driving was really so bad, Graham laughed: “It’s difficult to know I mean, the whole situation with getting into the van for the first time, I really did assume that he knew what he was doing. 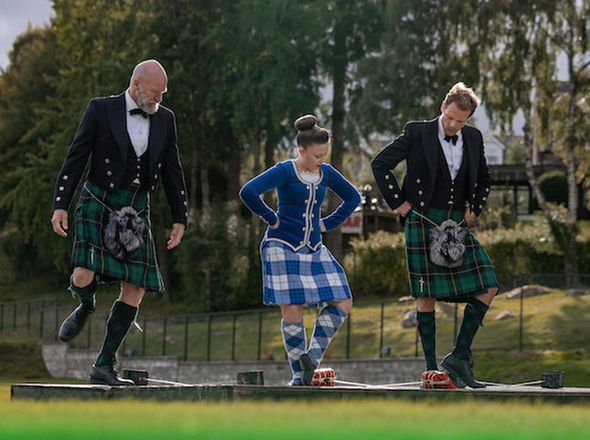 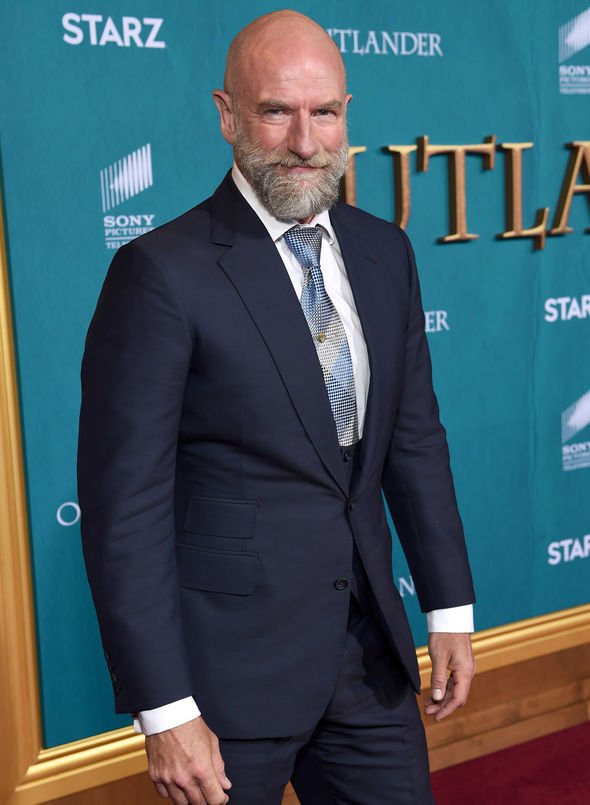 “I was basically too hungover to drive. He seemed fine. He got in and immediately crashed the gears. He forgot to take the handbrake off. I was like have you driven one of these before?

“He was like, ‘Well, I’ve never driven one of these before and it’s been about six years since I’ve driven a stick shift.’

“I thought, ‘Well what could possibly go wrong?’”

Speaking fondly of Sam, Graham continued: “He’s quite cavalier, and for Sam consequences are just fun things that haven’t happened yet.

“So he doesn’t think maybe that’s a bad idea. He thinks let’s see how much fun I can get out of this.

“That goes with the driving, with terrifying me at Greyfriars Kirkyard, with insisting that I absail off the side of a 320 foot cliff, you know, surfing in the North Atlantic.

“Yeah. His goal was, essentially, to torture me.”

But despite Sam’s teasing, Graham will always look back on the great memories they made together.

Opening up about his highlight from the series, he explained: “A few people have asked this and it’s very difficult.

“There’s lots of weird things. I mean, Culloden, obviously, because it’s a very moving experience being there.

“I know a lot about it and seeing Ian McGilvery play the pipes on the battlefield itself. At the end, there was a real, you know, choking up moment.

“But even things like you know going across the Minch to Lewis with Sam on the ferry, enjoying his childish, love, of being on ferries.

“I had no idea you know, he just, he never goes below deck, he’s always on the top. It’s like a dog there and he’s sort of lolling his tongue.

“You know, things like that, the food, Greyfriars Kirkyard even though it was terrifying, the banter in the van, all of those things when I really think about those memories, they are, they’re genuinely very, very happy.”

Men In Kilts: A Roadtrip with Sam and Graham” premieres on STARZPLAY on 9th May.