Ruth Langmore (played by Julia Garner), Wendy Byrde (Laura Linney) and Darlene Snell (Lisa Emery) have each been an integral part to Ozark from the very beginning. Ruth was introduced to Netflix viewers as a local, reckless teen, Wendy was the unfaithful yet passive wife to Marty Byrde (Jason Bateman), and Darlene was an evil drug queenpin ruling the Ozarks. But could the trio be connected in an almighty twist?

Starting with Ruth’s arc in Ozark, fans have watched her propel herself to the top of Marty’s money-laundering business.

Ruth started as a mouthy teenager keen to steal from Marty and while she’s retained her quick wit and sharp tongue, she’s honed her skills and become a trusty and knowledgable asset to the the Byrdes.

However, as season three came to a close, she turned her back on the duo for their part in Ben Davis’ (Tom Pelphrey) death.

Wendy, on the other hand, was introduced to the series as Marty’s trusting other half, feeling guilty for embarking on an affair. 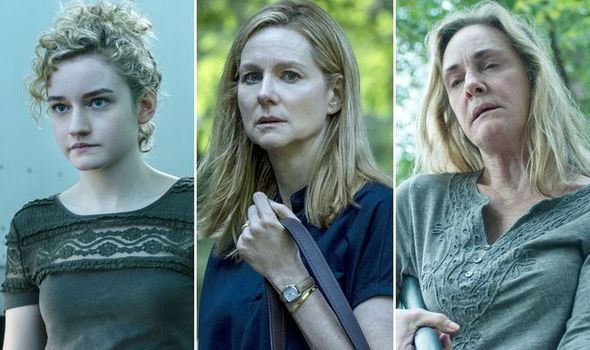 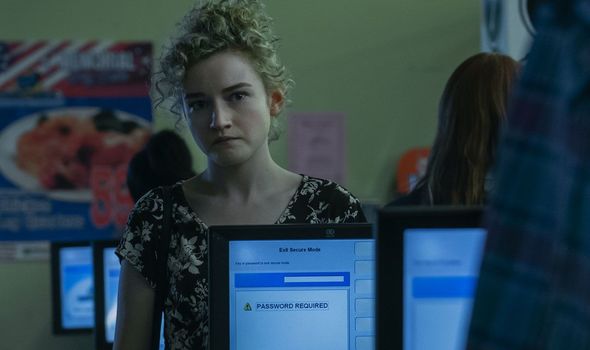 Over the years, despite her marital problems with Marty, Wendy has moulded into a master money launderer in her own right.

Wendy had begun going behind her husband’s back to deal with the Navarro Cartel as well as undermining Marty along the way.

When it comes to Darlene, she was already established as top drug dealer alongside husband Jacob (Peter Mullan).

Darlene’s sociopathic and murderous ways came to forefront more and more as the show unravelled, eventually killing her own husband. 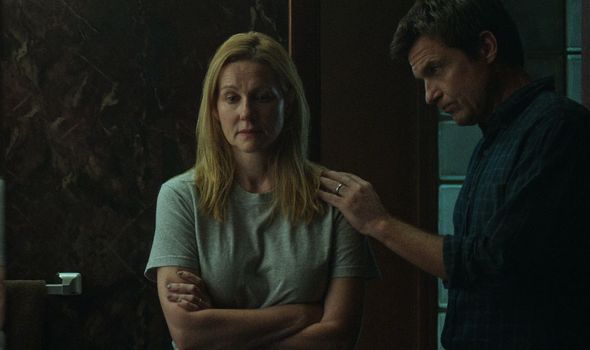 Heading into season four, Darlene has the Langmores and Kansas City Mob on her side as she looks to go head to head with the Byrdes and cartel.

So how are the three linked? Well a new fan theory suggests the trio may all represent the same person.

Taking to Reddit, user Bolbo97 explains: “Ruth, Wendy, and Darlene are the same woman. They have different names, they act differently, but they, if we think of all three characters, they can be viewed as a trinity of one ‘woman’ in this show.”

The Ozark fan details further: “Ruth is a young woman with ambition, but she was unruly and committed crimes. After joining Marty, she has found herself neck deep in drug money, but is doing what she feels she must to better herself and survive regardless.”

“Wendy is a middle aged woman with a messy past who is trying her best to be strong and maintain control where she can. Though throughout the show, she has shifted from simple self preservation to a hunger for her own dynasty. She craves power,” they add.

While when it comes to Darlene: “Darlene is an older woman who gained control over her own dynasty through the years. She values her control and power over all else, and manipulates whoever she needs to to maintain her grip.”

They conclude: “All three of these women have lives stained with crime. All three were brought into the drug money world by another person. Considering the number 3 here, I feel the show’s writing might be hinting at this theory above.

“No other characters share these similarities near the level they do. That is why I believe they are simply different ages of one woman, and one arc; Going from survival, to gaining power, then gripping to that power with an iron fist, where nothing else matters. They aren’t just very similar to one another, they are the same.”

The evidence certainly seems to support the theory – after all, Wendy made no secret of her history dabbling in criminal activities.

And if Wendy continues on this path, it’s well within reason she ends up on a similar arc as Darlene.

But could the theory come into fruition in season four as part of one major reveal in which the three are indeed revealed to be the same person as part of one larger vision?

Fans will have to wait until season four airs to find out once and for all.

Ozark seasons 1-3 are available to stream on Netflix now.