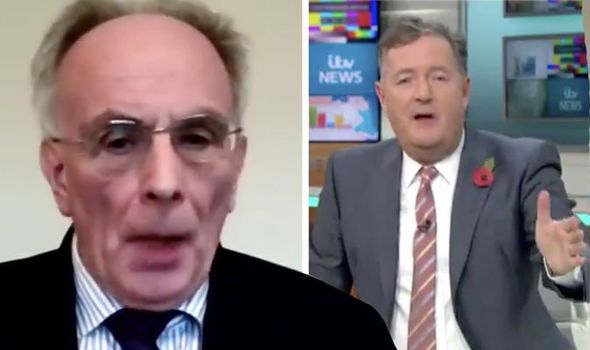 “It seems to me, rather than destroy businesses across the country, make people unemployed, all the mental health problems, the extra suicides which have occurred because of lockdown – concentrate on the areas where there is a serious outbreak.

“And if you want to bring in restrictions we’ve got today, bring them in as a tier four and impose them in an area where there’s a real problem,” the MP added.

Morgan added: “The experts though, they are an expert group – SAGE advisory committee – they’re not perfect by any means, but they are some of the best people we have in medicine and science in the country.

“They made it very clear to the government at the end of September this would be getting out of control and to protect the NHS we had to do a circuit break, Labour supported that but the government overruled their own scientific advice, having said from the start of this ‘We’re following the science’, they then did the opposite to what the scientists were telling them. 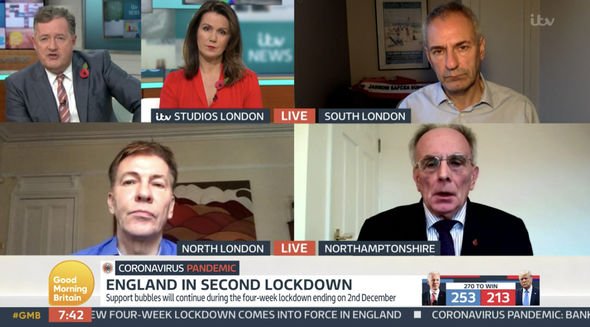 “One thing that worried me, in the first outbreak the scientists said there was going to be this big surge of Covid patients in hospital, which stopped other operations and people being referred for things like cancer,” Bone argued.

“More people would’ve died because of that.

“In my area there was never a problem with the local hospitals, but people did die because they didn’t get treatment for other illnesses.”

The guest was cut off my Morgan, who was shouting: “But it’s not true that more people died of other illnesses because of Covid and not getting treatment, than of Covid. That’s simply not true.

“And when I see that being propagated for a justification for not having lockdowns, it’s important to be factual.”

“You’ve got to be factual Piers,” Bone remarked.

“No let me give you a fact,” Morgan continued but was cut off by Bone who hit back: “You’re trying to shout me down! I came on your programme to give my opinion not to hear your’s actually!”

“You are going to hear mine whether you like it or not!” Morgan exclaimed.

Reid interjected: “Have you watched the programme before Peter Bone? Because you get quite a lot of Piers Morgan’s opinion!”

And Morgan added: “So you are going to hear my opinion, which is this; there have been 70,000 excess deaths related to Covid since the start of the pandemic, that’s according to the Financial Times. 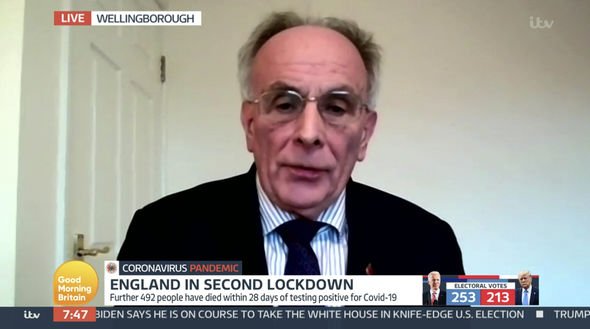 “There was only – I think just under 70,000 civilian deaths in this country in the entirety of World War II!”

“There is a build-up now because people aren’t getting cancer tests,” Bone argued.

“They should be getting treatment, I agree with you,” the presenter replied.

“That’s why I don’t want to see a lockdown in all areas, so people can get those tests,” the politician continued.

“But it shouldn’t be an either-or,” Morgan commented, but Bone hit back: “It should be either or – that’s what I’m saying, the property tier system worked.”

Reid added: “Some experts said it was having an effect -”

It wasn’t working which is why they’re doing this [lockdown two],” Morgan halted the conversation with.

“Well said, Peter Bone. The voice of reason in a sea of hysteria #GMB,” another wrote.

However, one commented: “Sorry, but I’m can’t agree with Peter Bone.  If people kept to the regulations then we would not be having #Lockdown2 #GMB.”