Elaine Rees made a blanket while being interviewed by her favourite presenter about wiping out an entire village's internet by watching Piers on their second-hand TV. 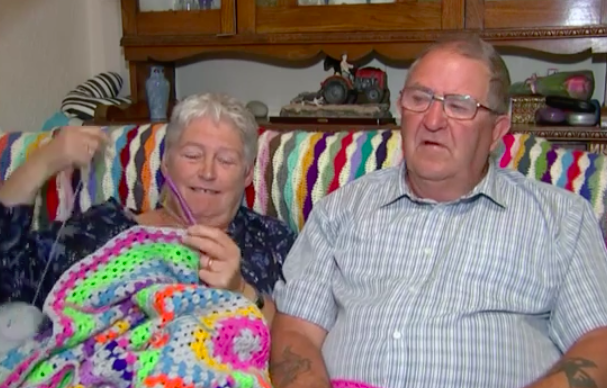 Appearing on GMB today alongside her husband Alun, Elaine explained why she enjoys watching the 55-year-old every day.

"You make me laugh, but also cross when you won't let Susanna talk," she said.

Her shot at Piers got a round of applause from the studio – and fans at home quickly praised the pair as the show's best guests.

Good Morning Britain even extended their slot on the show by an extra 15 minutes as they were flooded with messages about how the couple had "lifted people's spirits". 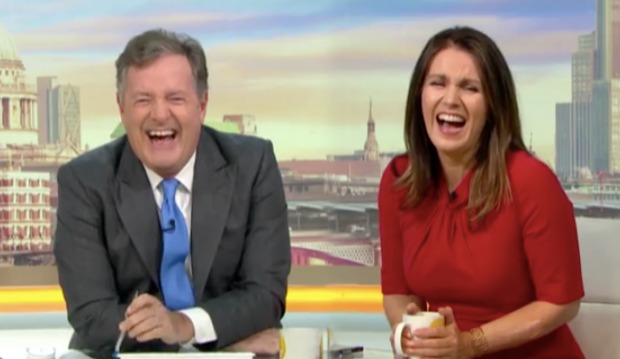 One viewer said: "First time I’ve laughed at the news in months ! Love the welsh couple on #gmb.

"Should do a regular slot getting people on like that ! & stop talking about corona lift people’s spirits like today."

Another added: "Loved those two!!!! Hahahaha hilarious!! she just carried on with her blanket. omg best couple EVER!!"

Someone else added: "In this mad world we live in at the moment how refreshing to have such a lovely couple on. Brought a big smile to my face." 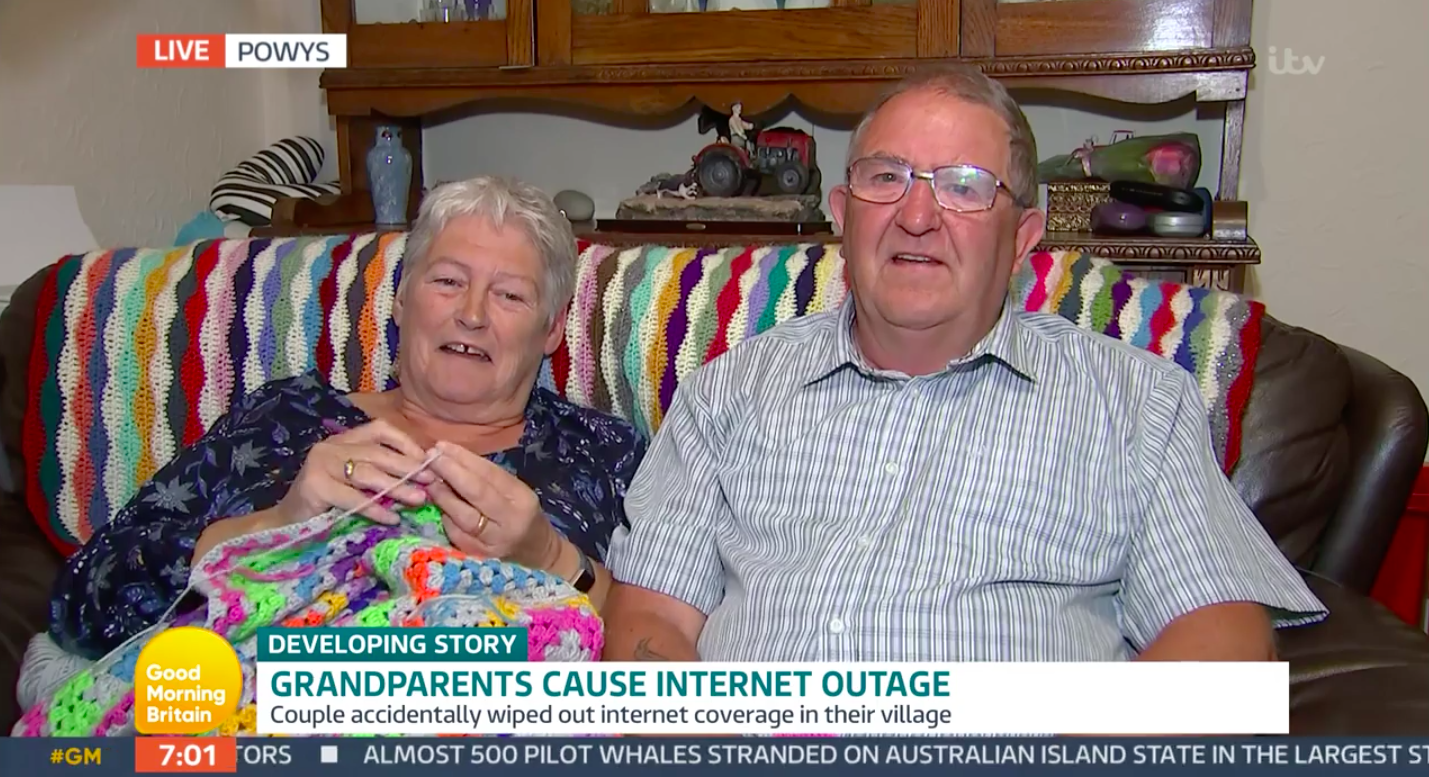 The Sun revealed today that the retired couple from Wales had wiped out their entire village's internet every day for 18 months.

It turned out it was all down to their £30 16" Bush set they bought three years ago on Facebook so their grandchildren could watch DVD films.

"It turns out the issue was me," said Piers as he introduced the hilarious couple.

He then spotted that Elaine was focused on continuing to make her blanket. 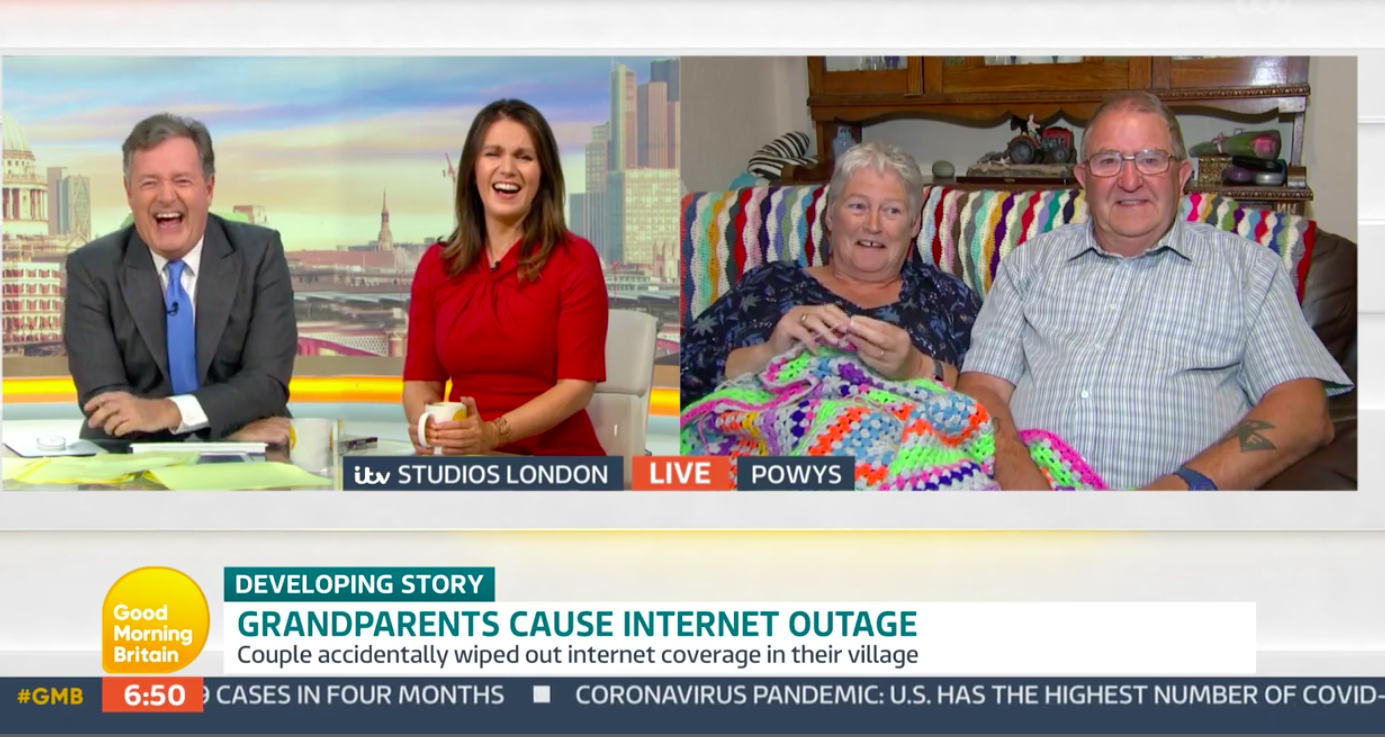 Piers said: "I don't want to interrupt your knitting."

Elaine put him in his place, telling him: "It's not knitting! It's crocheting."

"It's great to meet a superfan."

Elaine joked: "Will you put a cheque in the post?"

Piers described them as two of his favourite ever guests and offered to send them a 64ins ultra HD TV so they can continue to watch him in the mornings.

Competition winner Andi Peters will deliver the new box next week live on the show to the couple's home.

After joking it will be a "nightmare" to see Piers that big in her bedroom, Elaine told him: "That will be lovely, thank you very much."

Piers ended the sweet interview by telling them: "You have been two of my favourite guests ever.

"Thank you for giving us a damn good laugh this morning. Enjoy your new TV. Good luck with the crocheting."