Power Book II: Ghost had an exciting first season, culminating in the shooting death of Jabari Reynolds. Reynolds, a professor at Stansfield University, had been blackmailing Tariq St. Patrick, requesting he allow him to write a book about his life in exchange for his silence about Tariq’s drug dealing. But Tariq, knowing Jabari would still expose him, shot and killed him.

While no one has been arrested for the crime, actor Melanie Liburd teases that her character Carrie Milgram is determined to bring the killer to justice in Power Book II: Ghost Season 2. 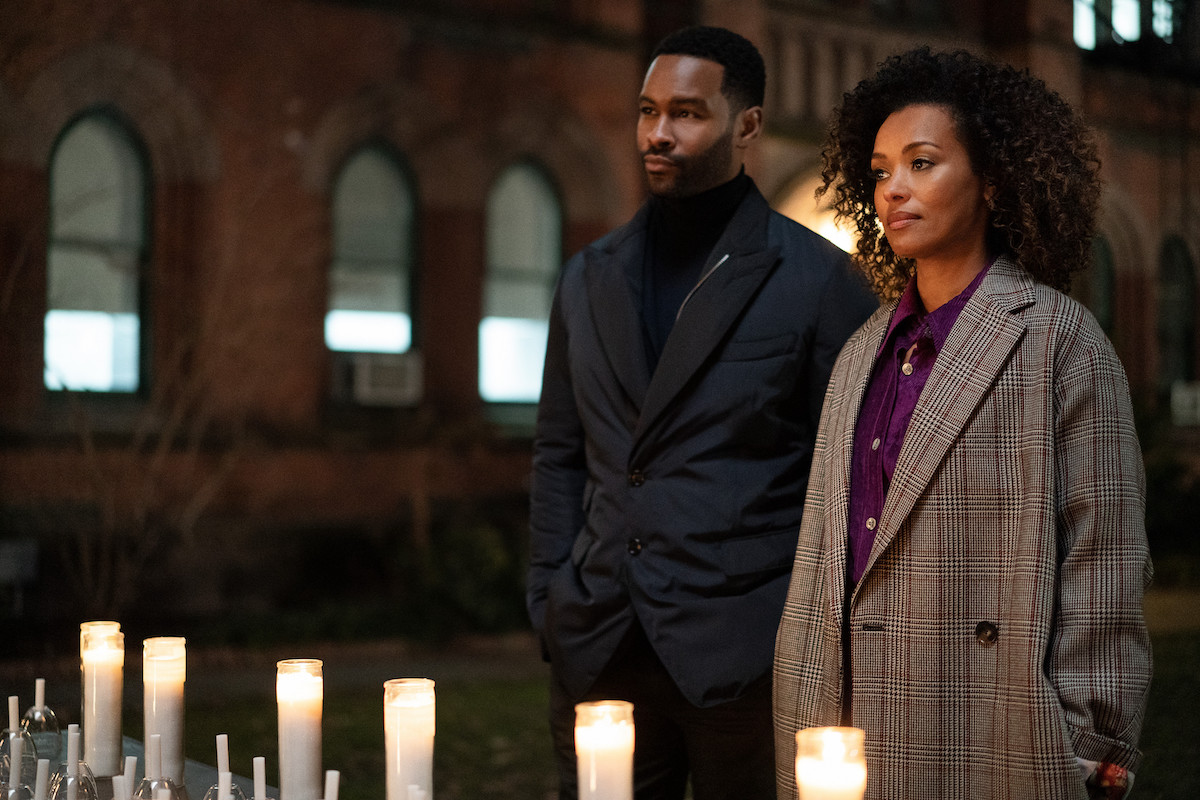 Fans learned in the first season of Power Book II: Ghost that Carrie and Jabari had dated before the start of the show. While their relationship was extremely toxic, they were never really able to let go of one another. After Jabari wrote a book on Carrie and her issues, the two separated again. But they eventually reconnected once Jabari started working at her school.

Carrie was always forgiving of him despite everything they went through and tried hard to keep things cordial, even when he went into a jealous rage over her relationship with Zeke. She hasn’t yet learned of his death, but Liburd says that when she does, it’ll hit her hard.

Liburd spoke about the next season of the show in an interview with The Knockturnal. While she was careful not to reveal too much, she teased things would get “crazy” for Carrie as she takes it upon herself to find Jabari’s killer.

“Carrie has a very crazy season,” she shared, around the 24:30 mark. “It’s, I mean, there’s a lot going on with Carrie. It’s very emotional, that’s what I will say. She has to deal with Jabari’s death and then she goes on a mission to get justice for him really and then makes some really bad decisions along the way, without giving too much away, to defend him. So yeah, Carrie is always in the thick of it. So it’s been a really fun season.”

While Tariq tried hard to cover up the crime, actor Justin McManus (Jabari Reynolds) teased there might be evidence left behind implicating Tariq in his murder.

“Season two, I can’t say nothing, but I will say this: Whoever finds Jabari’s computer is going to have a lot of information,” he said in a video previously shared online.

The show will return with its second season on Sunday, Nov. 21.

After it’s finished, Starz will premiere Power Book IV: Force, the show following Tommy Egan as he deals with losing everything in the original series. It’ll arrive on Feb. 6, 2022.