Fans of the hit crime drama have been eagerly awaiting any news on Queen of the South’s fifth run ever since season four came to its explosive close back in August 2019. With production taking a huge hit along with virtually every TV show in the world following the coronavirus pandemic, the USA Network drama had to be put on hold. But Alice Braga and her co-stars are back and giving fans a glimpse at what’s to come via their Instagram pages – and it’s fair to say it’s spiked excitement levels.

Alice Braga – who plays the show’s leading lady Teresa Mendoza – took to her Instagram Stories today to share with her 592k followers some snaps from the Queen of the South set.

Firstly, however, she shared an insight into her rigorous schedule when it comes to filming days.

Braga posted a screenshot of her alarms, with one scheduled for 3:55am in the morning, followed by a second at 4am.

“Back to work [confused emoji],” Braga captioned the post but she wasn’t done there with the updates. 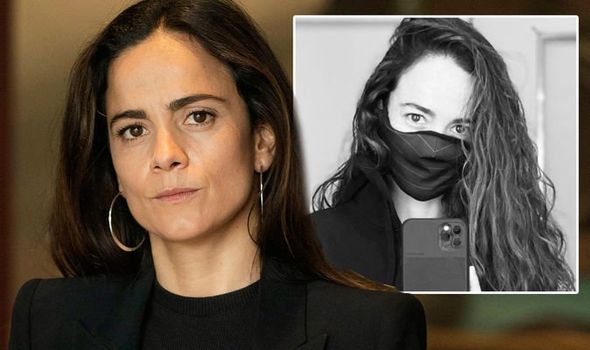 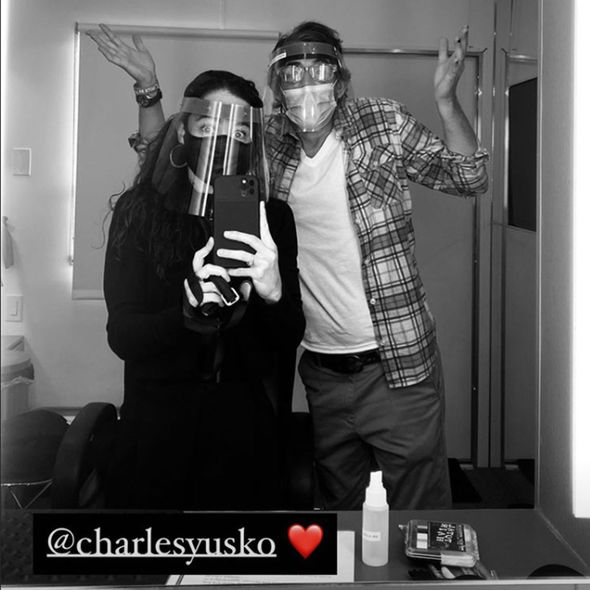 Alongside her alarms was a selfie Braga snapped from the makeup room.

With her hair down and a face mask on, Braga took the picture before adding a black and white filter.

Braga then shared another snap from the set of filming with one of the show’s crew members.

This time the pair had on plastic face shields as Braga revealed the lengths the Queen of the South cast and crew have to adhere to on set. 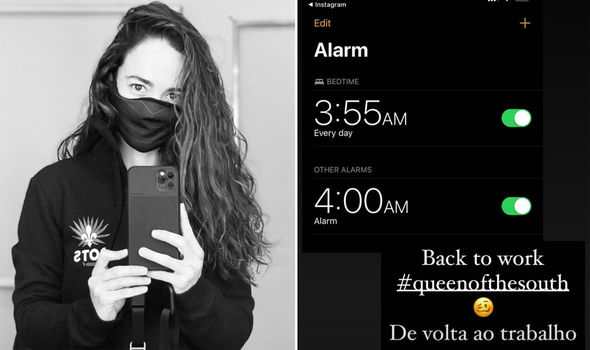 Sadly, there was no sign of Peter Gadiot in any of Braga’s posts as fans eagerly await to see what lies ahead fo Teresa and James.

However, another of Braga’s co-stars has similarly been sharing first-look pictures from their return to filming.

Hemky Madera, who plays Pote on the show, reunited with Braga in a sweet snap earlier this week.

“A much, much, much needed Sunday Funday in the QOS bubble!!” Hemky captioned the post.

He too shared a sneak peek at the makeup ritual he has to undertake on the set of the show.

With a makeup artist, Hemky snapped a selfie and shared it with the caption: “We are back!!!!! Getting ready for season 5!!!!”

Inevitably, it didn’t take long for fans to flood the replies section with their excitement at the long-awaited update.

A second added: “Get it brother! God bless have a great season.”

While a third of his followers weighed in: “Good! I’ve watched 1-4 seasons twice already.”

Queen of the South seasons 1-4 are available to stream on Netflix UK now.

THE Undoing has gripped viewers with its dark twists and turns. As the series draws to a close, fans are

THE Undoing has gripped viewers with its dark twists and turns. As the series draws to a close, fans are