Erika Jayne from The Real Housewives of Beverly Hills truly loved her husband Tom Girardi, red carpet reporter Taylor Ferber believes. Ferber had a few exchanges with Jayne in the past where they bonded over their mutual love of older men. But she also observed Jayne’s attitude of not giving any f**ks about what other people thought of her relationship with Girardi. In fact, Ferber viewed Jayne as a woman who was in love and had respect for her relationship.

Ferber said she interviewed Jayne, which was when they connected. “I mean, that’s what makes it so interesting because it’s not like, oh, I interviewed Erika once,” she remarked on the Behind the Velvet Rope with David Yontef Patreon. “It’s like so intertwined with what we’re seeing play out that I’m kind of like, is this The Matrix? Where’s Keanu what’s happening?” 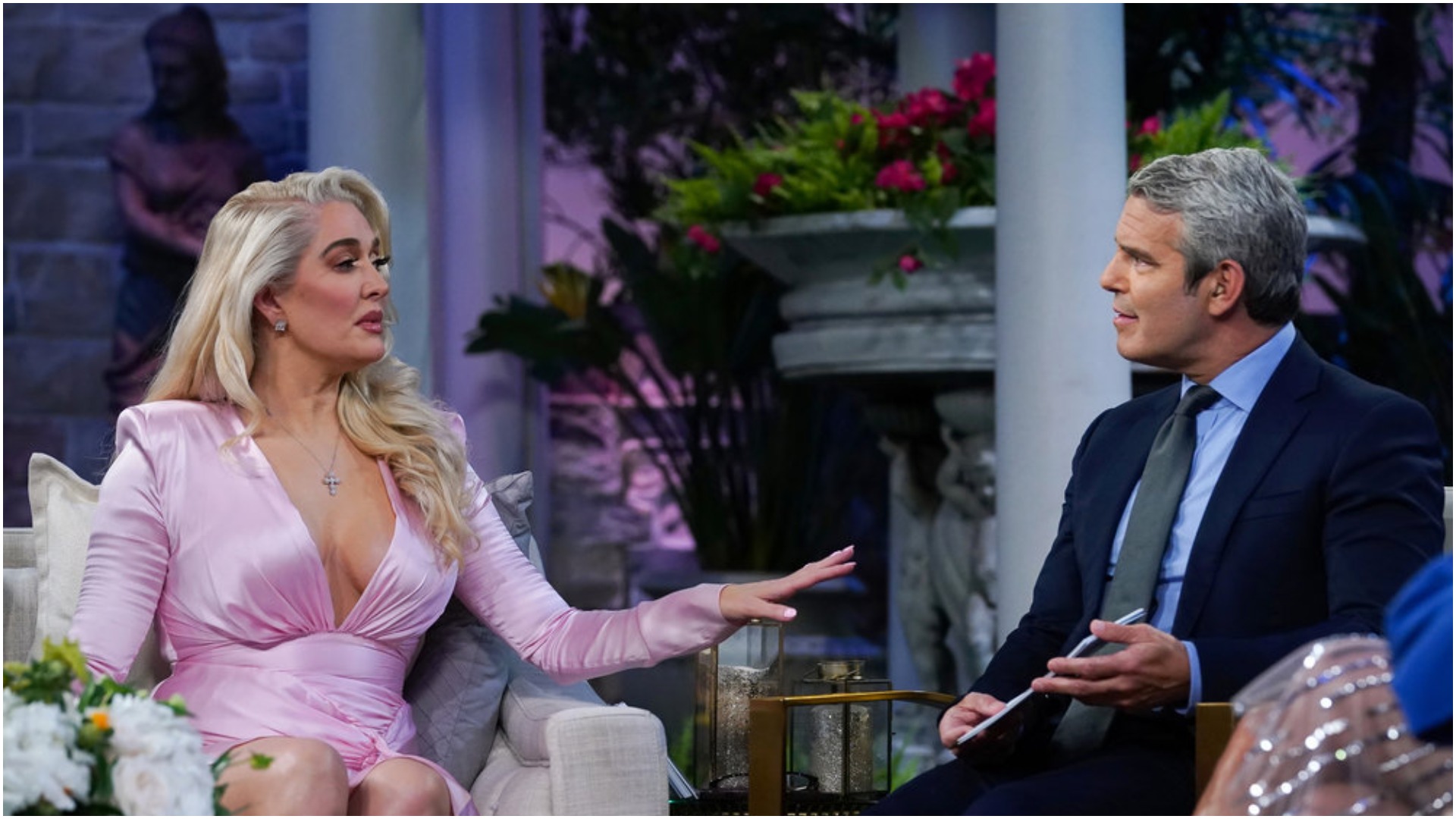 “I had met Erika,” she continued. “I guess chronological makes the most sense. The first time I interviewed her was on the phone. And I myself had also not like her, married to an older man for 20 years, but I had a very close relationship on and off thing with an older man. Very much my senior. Right. So I get on the phone with her, like give or take around 25, 25 years older.” She added that the age difference between and the man was significant.

She recalled bonding with Jayne over being involved with a significantly older man. “My guy, unlike Tom Girardi, wasn’t this high up sort of, you know, this, it wasn’t like that at all. And I would often, I would joke with Erika when I would bond with her about it being like, listen, it’s tough because there are hardships that come with the age gap. But like, your dude is rich. You got that going. You know what I mean?”

Was Erika Jayne in love with Tom Girardi?