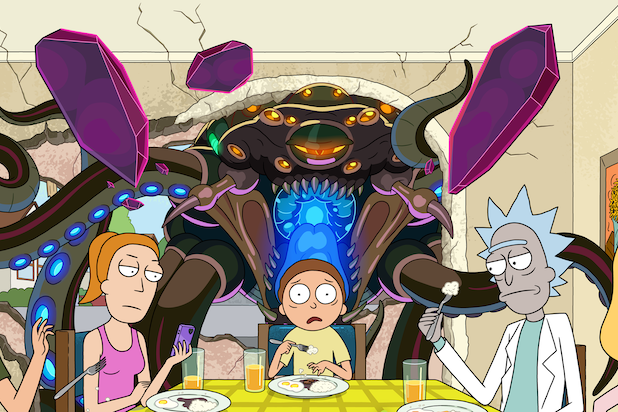 Wubba lubba dub dub! At long last, Adult Swim has set the Season 5 premiere date for fan-favorite series “Rick and Morty,” and given the animated series a multiverse holiday to honor its return.

“Rick and Morty” Season 5 will premiere Sunday, June 20 at 11 p.m. ET/PT, which Adult Swim has declared to be “Rick and Morty Day.”

What does that mean? Here, let them explain it:

“Rick and Morty fans – from around the world – can get a megadose of access and content of all things Rick and Morty during Rick and Morty Day, an out of this world celebration with sneak peeks, behind the scenes footage and special surprises across TV, digital and social, kicking off the global premieres of the new season.”

In the “Rick and Morty” Season 5 trailer, which was released along with the premiere date news Tuesday, readers will find a “full schedule of premiere dates spanning across the multiverse.”

The fourth season of “Rick and Morty” was split into two parts, with the first half airing from Nov. thru Dec. 2019 and the second in May 2020. So fans have been waiting a while for Season 5, which was produced amid the pandemic.

Created by “Community” mastermind Dan Harmon and “Solar Opposites” co-creator Justin Roiland, who also serve as executive producers, “Rick and Morty” is an Emmy-winning half-hour animated comedy that follows a sociopathic genius scientist who drags his inherently timid grandson on insanely dangerous adventures across the universe. Rick Sanchez is living with his daughter Beth’s family and constantly bringing her, his son-in-law Jerry, granddaughter Summer, and grandson Morty into intergalactic escapades.

The voice stars of “Rick and Morty” include Roiland, Sarah Chalke, Chris Parnell and Spencer Grammer.

Readers can find TheWrap’s interview with Harmon and Roiland about the fan-favorite “Rick and Morty” Season 4 episode “The Vat of Acid Episode” right here.