Home » TV & Movies » Robert Downey Jr. Was So High During 'Home for the Holidays' He Was 'Speaking in Tongues,' Jodie Foster Revealed

Actor/director Jodie Foster revealed that Robert Downey Jr.’s performance in Home for the Holidays was so incoherent at one point, she briefly shut down production. 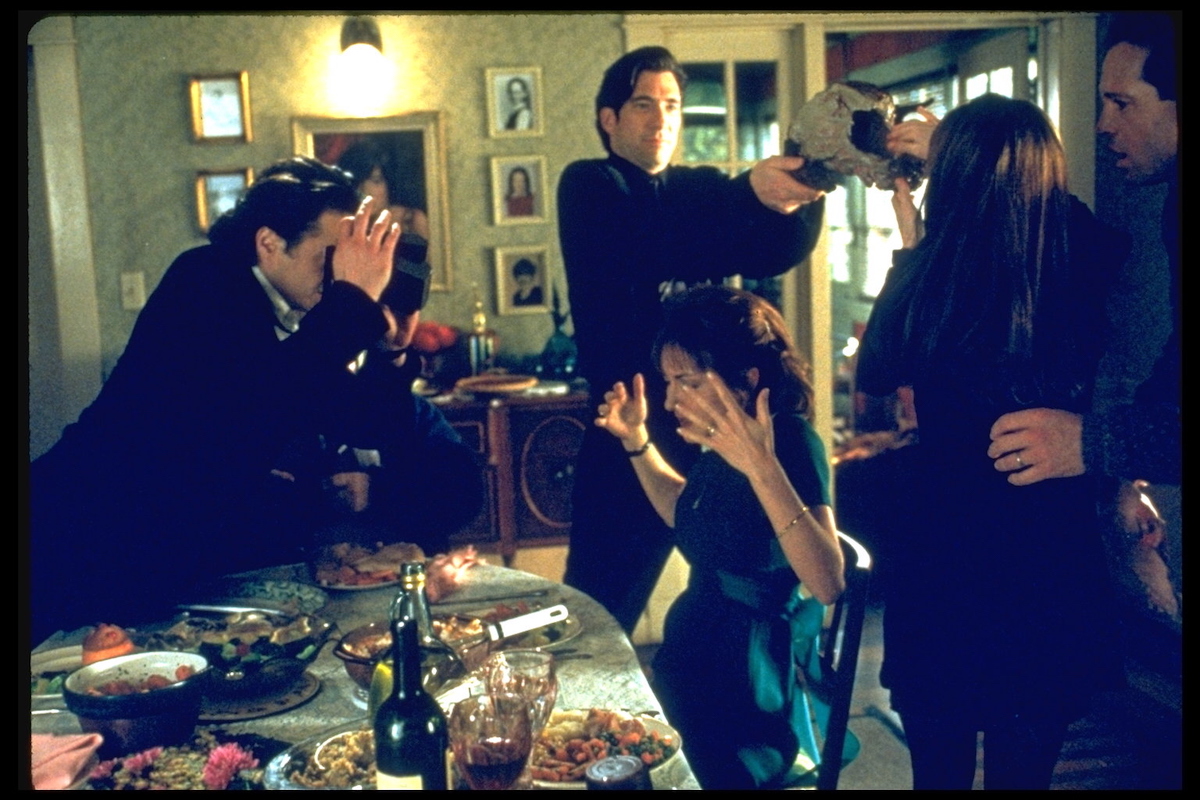 Foster spoke with love for Downey, referring to him as a friend then and now. Despite dealing with a drug addiction, Downey nailed the role of Tommy Larsen, the gregarious brother who meddles in the family drama and has a central storyline in the film.

Downey wasn’t always sober on set, but he ultimately got clean and has been in recovery for years. “He’s just a wonderful man,” Foster recently told Huffington Post. She added that Downey is also “kind” and a “sprite.” Foster said, “He has this crazy mind. He’s just an amazing person, and so talented.”

But she shared how work circumstances became so grave that Foster had to shut down production early. She may have been instrumental in saving Downey’s life too.

Foster said Downey was completely engaged in the film despite being intoxicated.

“As I said to him then, and as I say to him now, ‘No matter what it was that you were going through, you never disappointed me. And I have to be clear about that, even though you were killing yourself,’” she recounted. “I was forever grateful for what he brought to that movie. He was 100% present, as far as I was concerned.”

“He was there, and he brought a character that was rich and that was messed up and that was in pain and suffering,” she added. “I think you could feel that underneath all of his bravado and his rapier wit. You could feel that, underneath, somebody was suffering. So yes, as the director, I can’t say I took advantage, but his pain is onscreen. In some ways, it was good for the movie.”

Jodie Foster shares why she shut down production early

But Foster remembered a dark day when Downey was so intoxicated she couldn’t understand anything he said.

“What I said to him on that particular day — and I’ve talked to him about this before — where he came to set and was speaking in tongues and I couldn’t understand a word he said, but he thought he was making sense?” she said. “And then 20 minutes went by, and then suddenly he actually started speaking English?”

That’s when she made the decision to shut down production. “I shut down the set,” she said. “I said, You know what? We’re all going to go home. We’re on time, on schedule. In fact, we’re under schedule. We’re all going to go home. Robert? Come with me.’ And I sat him down. He was making sense, and he was like, ‘Yeah? Hey. What’s going on? What’s up?’ And I said, ‘So far, you are on a barstool, and you have managed to not fall off the barstool. It’s possible that you’re going to find a way to prop yourself up, whatever toothpicks it takes to prop yourself up. But I’m afraid for you. And now may not be the time, but I am afraid for you.’”

Foster said Downey’s family planned to do an intervention when filming wrapped.

“The last day of shooting, we knew that it was coming,” she said. “His family said, ‘We’re going to do an intervention on him after the shoot.’ And they did. He’s had other interventions after that, but I did feel like that was his first step toward him really taking consciousness. We loved him. He was a member of the family, and the lovely Charles Durning really, like, sat him down and talked to him about where he was headed. He was supported. But it definitely was an odd time.”

Disney Plus releases in March: What new movies are coming to Disney+ in March?

Disney Plus releases in March: What new movies are coming to Disney+ in March?