Filmmakers behind the documentary Sabaya are rebutting a published report claiming they failed to properly obtain consent from some of the victims of sexual enslavement who appear in the award-winning film, about Yazidi women and girls seized by ISIS fighters in Iraq.

“Director Hogir Hirori and I have received written, verbal or filmed consent from everyone who appears in our film Sabaya (as well as from the legal guardian of the young girl who is featured),” producer Antonio Russo Merenda insisted in a statement obtained by Deadline. “Sabaya is a Swedish production following Swedish law and per Swedish law: written, verbal and filmed consent are equally valid. Consent forms were provided in both Arabic (the official language in both Syria and Iraq) and English.” 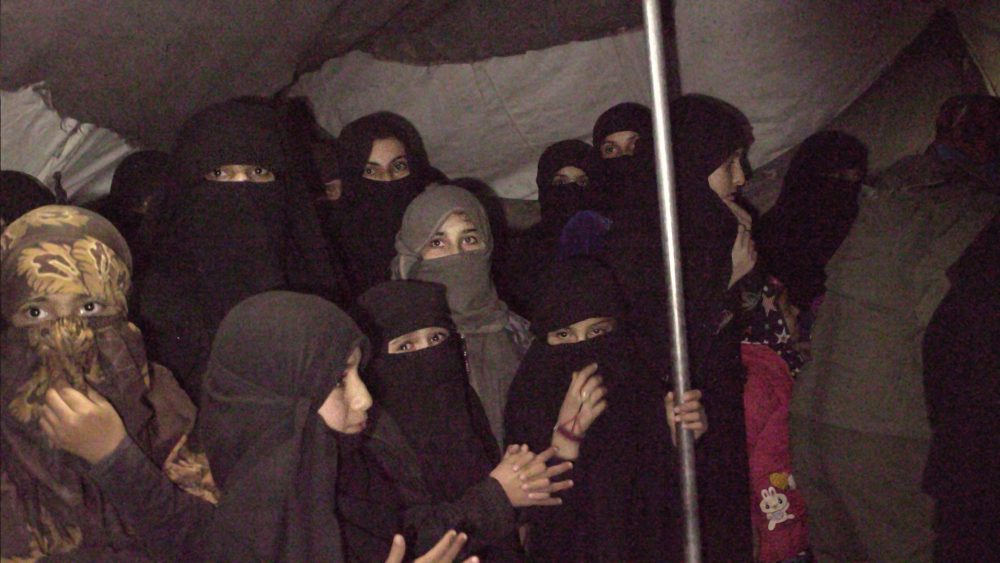 The statement was released three days after a New York Times article, co-authored by the paper’s Baghdad bureau chief, appeared under the headline, “Women Enslaved by ISIS Say They Did Not Consent to a Film About Them.” The piece, citing Yazidi women it said had requested anonymity, reported, “Three of the Yazidi women in the documentary told The New York Times that they did not understand what the film’s director, Hogir Hirori, planned to do with the footage or were told that the film would not be accessible in Iraq or Syria. A fourth said she knew he was making a film, but told him she did not want to be in it.”

Another unnamed Yazidi woman quoted in the Times article said, “I saw [Hirori] filming, but did not know what it was for.” The article stated, “She said she was not asked to sign a consent release by the filmmakers at any time after that.”

The documentary, winner of awards at festivals including Sundance, True/False, and Israel’s DocAviv, depicts efforts to free roughly 250 Yazidi women held captive at the Al Hol refugee camp in Northern Syria that houses tens of thousands of former ISIS sympathizers. The women reportedly are being held against their will by the families of the ISIS combatants who enslaved them.

A number of the women have children, the product of rape by their captors. Complicating their fate greatly, the women must leave behind their children if they are to return to their original Yazidi communities.

“The Yezidi Spiritual Council, the highest authority among Yezidis, called on its members in 2019 to accept all Yezidi survivors of [ISIS] atrocities,” according to an August report by the non-partisan Wilson Center, “but a few days later the council issued another statement excluding children born of [ISIS] rape… Other Yezidi women keep hiding their identities because they don’t want to leave their children born of [ISIS] rape behind.” 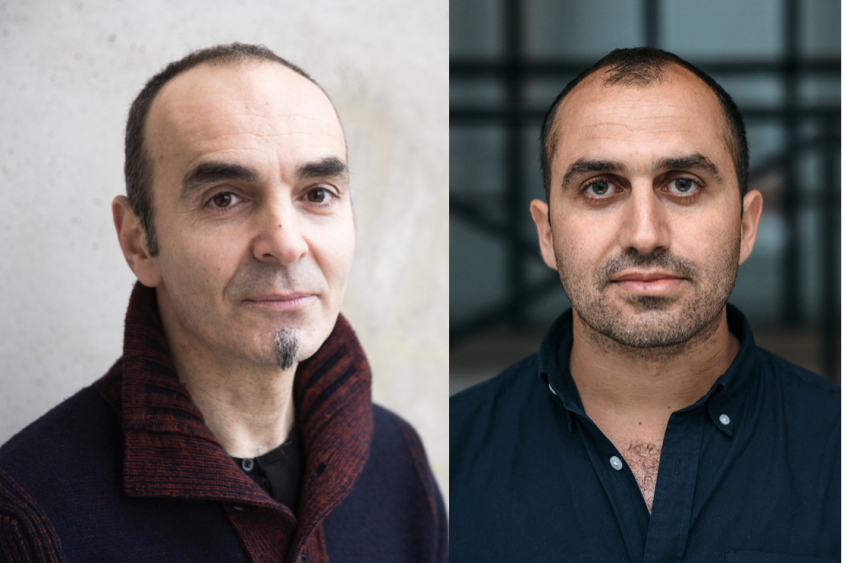 The Times article, citing the unnamed women “and their advocates,” suggested the filmmakers violated the rights of women “to decide whether they want images used.” But in a companion statement to the filmmakers’ rebuttal, an unnamed survivor described as the film’s “main female protagonist” praised the director of Sabaya. (Hirori himself is a refugee from Iraqi Kurdistan).

“I met [Hirori] for the first time in Syria, where he told me what he was doing and working on… We were several girls that had been rescued from ISIS,” the survivor wrote. “I gave him my consent there and then, and I didn’t witness any of the other girls objecting to being filmed during the whole film process… We all told him that we consent to everything and that we didn’t have any concerns.”

The unnamed survivor hinted that an “organization,” which she did not name, was behind efforts to undermine the film and to raise questions about whether subjects had consented to appear in it.

“The woman who is the leader of the organization and her team have tried to contact us girls that are in the film telling us not to sign any consents, not to participate in the film, not to let Hogir film us, and to try to convince us not to participate in this project,” she wrote. “But what I don’t understand is why these people from this organization are so keen on stopping us from participating in this film; they are still calling me to try to manipulate me to change my mind.”

In their statement, the filmmakers included a testimonial from Guevara Namer, described as a “female filmmaker of Kurdish origin” who took part in shoots at Al Hol and another location. Namer said the stories she helped film were told “very honestly, very ethically,” adding, “I would never accept to be part of a story or making a story where women are getting oppressed again.” 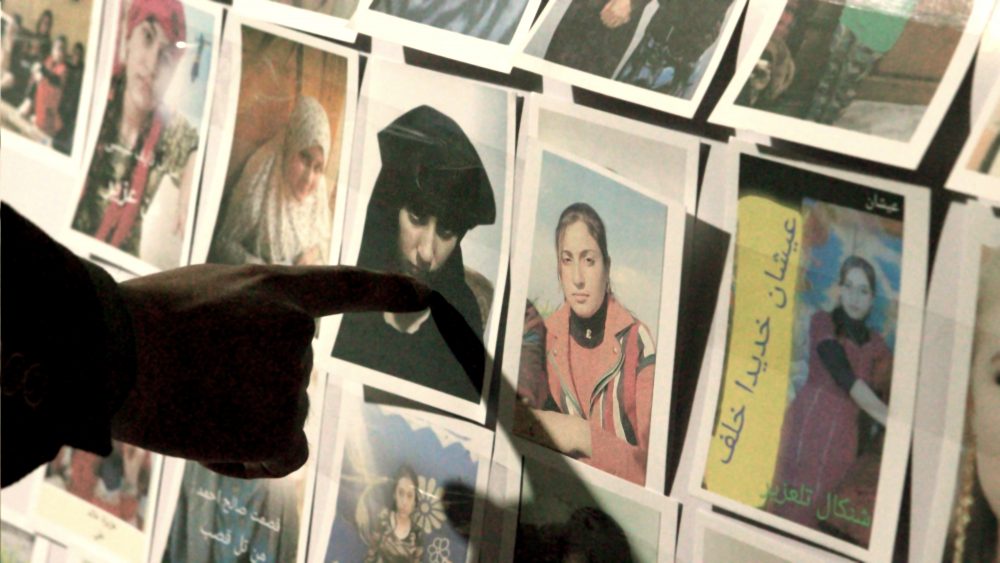 The controversy over the issue of consent prompted the International Documentary Association (IDA) to cancel a planned screening of Sabaya in Los Angeles next week. In a post on its website, the IDA said, “A recent New York Times article raised serious allegations about the film Sabaya. It is not our role to adjudicate those allegations. Nevertheless, as an organization we need to determine a responsible path forward for IDA’s engagement with the film.”

The IDA statement continued, “In the days following the publication of the article, our team has engaged in due diligence through a process of communicating with the filmmakers and key stakeholders. Due to potential safety risks involved for some people portrayed in the film, we have chosen to remove the film from our 2021 Screening Series. Out of an abundance of caution, we have decided not to amplify the film at this time.”

The Times reported Human Rights Watch considered programming Sabaya as part of its film festival, but rejected it over concerns about consent.

But the Swedish Film Institute, which provided funding for Sabaya, released a statement defending the filmmakers.

“…The producer and director have a long experience working with documentaries and their ethical compass has never been questioned before. On the contrary: they have built up a high level of trust over the years,” the Swedish Film Institute wrote. Its statement referred to unspecified “adjustments” made to the film following “objections from a couple of participants.” 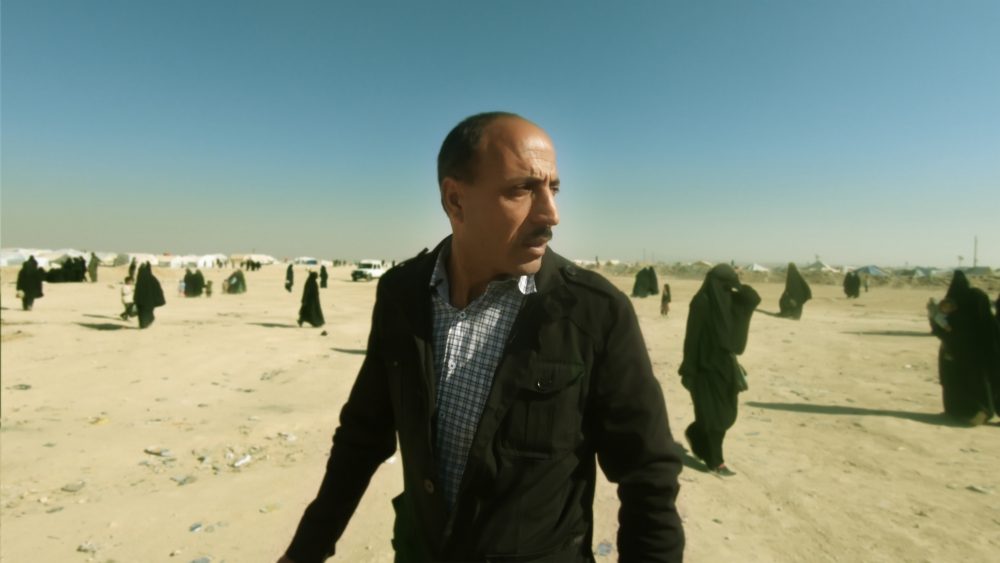 “From our point of view [the filmmakers] have handled both the filming and the follow-up for Sabaya in a correct and professional way and that the participants have given their consent, written or verbal, which has the same status according to Swedish law. They have been responsive to the objections from a couple of participants with small parts in the film and immediately made the necessary adjustments.”

MTV Documentary acquired North American rights to Sabaya in March, and released the film in New York and Los Angeles at the end of July. It’s expected to receive an awards push as Oscar season progresses.

“Sabaya” is a term with multiple meanings, including “captive woman” or “sex slave.” The film has earned wide praise from critics, including, ironically, the New York Times, which gave it a “Critic’s Pick” designation in July. Reviewer Devika Girish heralded “Hirori’s intrepid, immersive filmmaking.”

Girish highlighted the role of women who go undercover in the film, infiltrating the Al Hol camp to try to rescue Yazidi women and girls.

“In a film about the light that breaks through the darkest of darknesses,” Girish wrote, “these women shine the brightest.”