17 months go by in between the first two seasons of “Save Me.” When the camera ducks inside The Palm Tree, the local pub frequented by so many in the series’ ensemble, most of the patrons are living their lives much the same way as they did before the events of the show’s first season. “Save Me,” which aired its opening episodes stateside on Starz before landing at its current home on Peacock, began with the disappearance of Jody, the 13-year-old daughter of Nelly (Lennie James) and Claire (Suranne Jones).

At the opening of Season 2 (stylized in the opening credits as “Save Me Too”), Jody is still missing. Nelly, much like Claire and her husband Barry, have settled into a state of perpetual anxiety, even if they’re able to mask that sadness to their respective partners.

Even with the potential arrival of a new baby among the Palm Tree faithful, there’s still a lingering tension that comes by Jody’s continued absence. Even though Nelly has found some sense of refuge in a stable relationship with Zita (Camilla Beeput), the smiles are momentary, the sense of purpose still unfulfilled.

There’s a tricky tonal balance at the heart of “Save Me,” which blends elements of a family drama, a detective series, and even a dash of a workplace comedy thrown in for good measure. All of those are handled here with the same agility found in Season 1, and these new episodes also benefit from a new perspective. Grace (Olivia Gray), the teenager who Nelly managed to free from an underage trafficking ring at the close of the first season, becomes a key part of the show’s core. After examining the kind of secondary trauma visited on all those affected by Jody’s looming absence, “Save Me Too” gives Grace a chance to explore what the first season could not.

“Save Me” allows these characters to acknowledge the weight of their grief and regret without the show being consumed by it. This certainly isn’t an easy show to watch at times, but it finds a reality in the degrees of peril that they all face that doesn’t rely on exploitation. The first two episodes of Season 2 play out in a fractured timeline that, if not consciously mirroring the disjointed sense of reality that both Grace and Jody have been subjected to, still shows how everyone involved in this is trying to process the past. 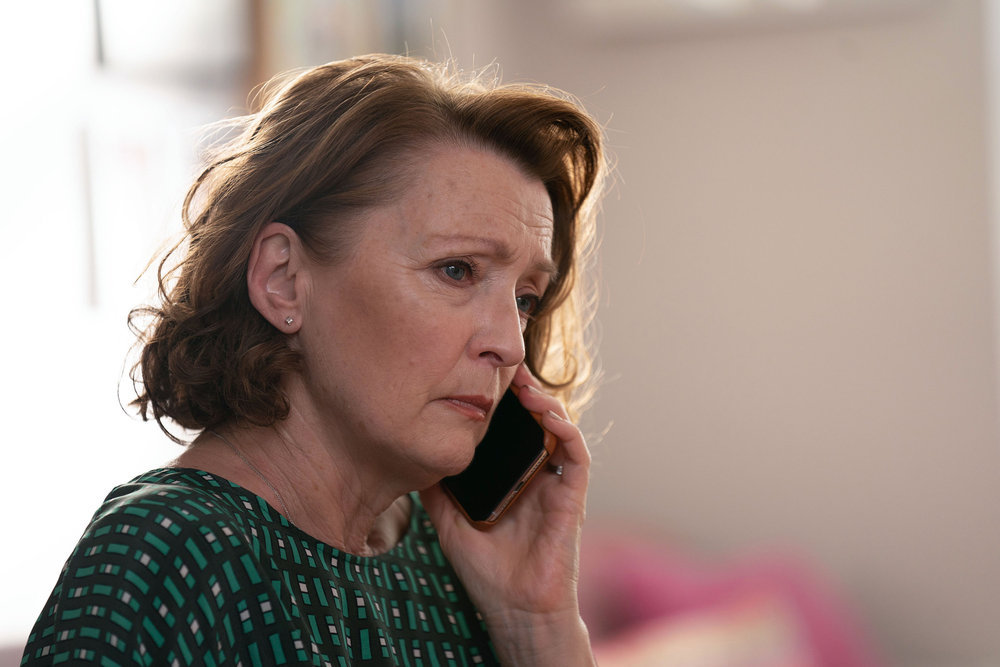 The ensemble work on “Save Me” is so strong that it’s sometimes possible to overlook that James is giving a miraculous performance, at once some of the richest and most effortless work being done anywhere on TV. At least part of that comes from his having written a majority of the series to this point, inhabiting the minds of his scene partners’ characters long before the cameras roll. So much more comes from his sense of timing. When Nelly’s rage is simmering under the surface, James knows just how much to let that anger peek through before either tamping it down or indulging it. In Nelly, “Save Me” is anchored by a man who is charming and haunted, gentle and dangerous, understanding and impulsive. James inhabits each side of those divides with astonishing vulnerability.

That same economic understanding of how to get across complicated emotions in a short amount of time is also evident in how even more intertwined everyone in this story becomes. Nelly doesn’t just interact with a couple of mates as he’s pursuing dangling leads to Jody’s whereabouts. Beginning with  bartender and Nelly’s landlady Stace (Susan Lynch) and continuing through his old flames and current confidants, the breadth of Nelly’s interactions gives the impression that he understands how much this single thing in his life has affected everyone in this web. In turn, “Save Me” strengthens the idea of how much Nelly’s ongoing search has a community at its back.

The most notable addition to Season 2 is Lesley Manville, who enters seamlessly as the wife of a man charged with facilitating the same ring that preyed on Grace. Without trying to make their pain equal, “Save Me” considers how different people can cope with a new ugly reality in their own way, either with bewilderment or denial or a renewed desire for justice. For some, it’s an odd combination of the three. Manville plays Jennifer’s stricken helplessness and eventual resolve in a way that doesn’t overpower the delicate chemistry the rest of the ensemble patiently built over the first six episodes.

Keeping everything calibrated is even harder in Season 2, with Nelly imagining Jody around different corners, Claire struggling with how much she should try to move forward, and even a shocking act of violence. Any one of those strands (or the way that they’re represented visually) has the potential to crowd out the patient character work being done in other areas. “Save Me” keeps all these fraught elements level, letting each new development flow organically from the last. The narrative tightness of the story is never at odds with its diligent pacing. That combination allows each player in this expanding world to feel like they belong.

The final chapter of “Save Me Too” is both a logical endpoint and a pathway to continuing. It’s a constant strength of this show that it’s filled with the kind of moments where other series would be content to bow out. Tidy bows and conclusions could easily abound, but “Save Me” relishes the opportunity to show these individuals in the moments after these kinds of stories usually end. If the opportunity arises to continue, it will certainly be a welcome one. If not, “Save Me” will stand as a special kind of drama that cut through crime story expectations to find the truths buried underneath.

“Save Me” Seasons 1 and 2 are available to stream on Peacock. Episode 1 of Season 2 is available to all subscribers, with the remainder of episodes available to Peacock Premium members.

Plenty of classic TV shows don’t hold up by today’s standards. On the other hand, many shows that are now

Plenty of classic TV shows don’t hold up by today’s standards. On the other hand, many shows that are now