Home » TV & Movies » Sienna loses everything in Hollyoaks as DeMarcus is injured in heated showdown? 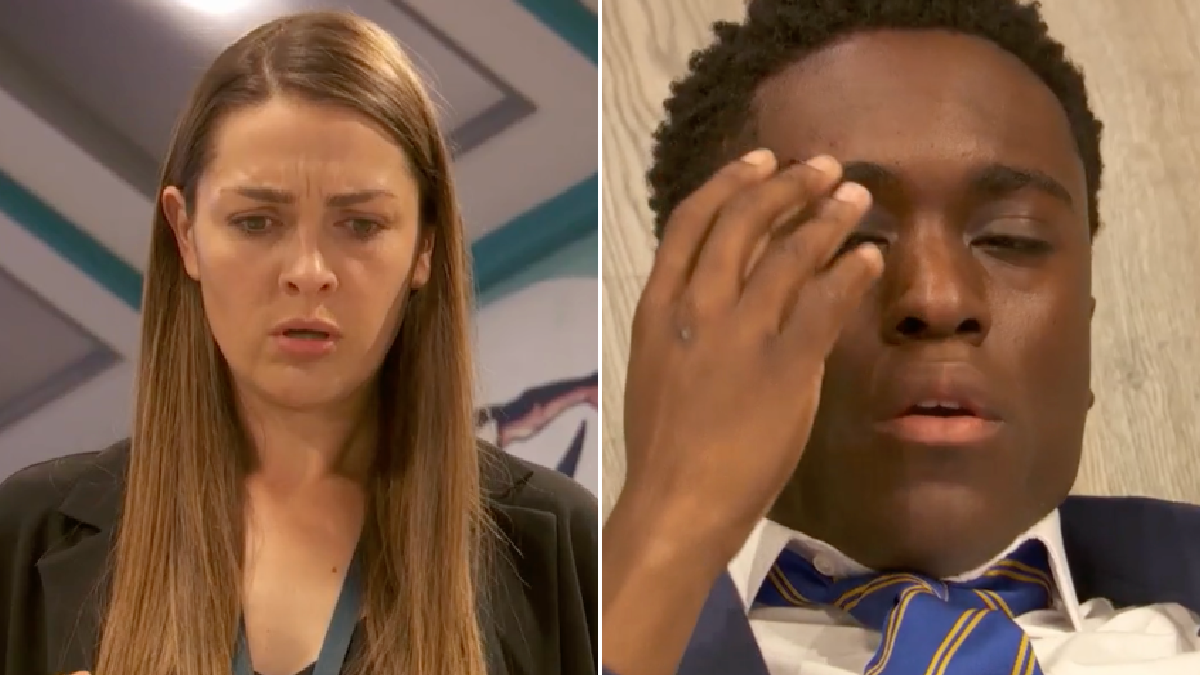 Sienna Blake (Anna Passey) has had a lot to deal with lately, but there could be more heartache ahead for the Hollyoaks legend following a heated showdown with student DeMarcus Westwood (Tomi Ade).

The high school teacher was left reeling in the wake of Damon Kinsella’s (Jacob Roberts) decision to ban her from Brody Hudson’s (Adam Woodward) funeral, as she desperately wanted to say goodbye to her one true love.

Warren Fox (Jamie Lomas), meanwhile, issued her with some advice, telling her not to let Damon dictate what she can and cannot do.

Realising that Warren was right, Sienna set off to the Salon De Thé for Brody’s wake, and in emotional scenes, she reminisced about all the good times she’d shared with Brody.

Damon was livid upon discovering that Sienna was in attendance, and he ordered her to leave the premises at once. Sienna, however, had had enough of his orders, and therefore stood her ground.

She locked herself in the building, telling Damon that he had the funeral, and thus she will have the wake.

Damon refused to let Sienna have her time to grieve, and thus he set about contacting the police. Liberty Savage (Jessamy Stoddart), however, requested that he give her a shot at talking Sienna round.

She succeeded, as Sienna broke down, telling Liberty just how much she misses Brody. In the wake of the heartfelt conversation, Sienna opened the door and returned to school, desperate to keep busy.

Sally St Claire (Annie Wallace) attempted to cheer her up, reminding her that – from tomorrow – she will be a fully-fledged teacher.

DeMarcus arrived on school grounds, and following a showdown with Sally, he found himself in detention – which Sienna was overseeing.

She was staring at photos of Brody, and DeMarcus wanted a peek, and thus he snatched them out of her hand! Sienna saw red, and begged for her photos back, but DeMarcus fell and hit his head off the table.

‘I didn’t touch you!’, she eventually said, as a stunned DeMarcus realised he was bleeding.

Will DeMarcus be okay? What’s more, will Sienna’s teaching career be in trouble in the wake of this incident?