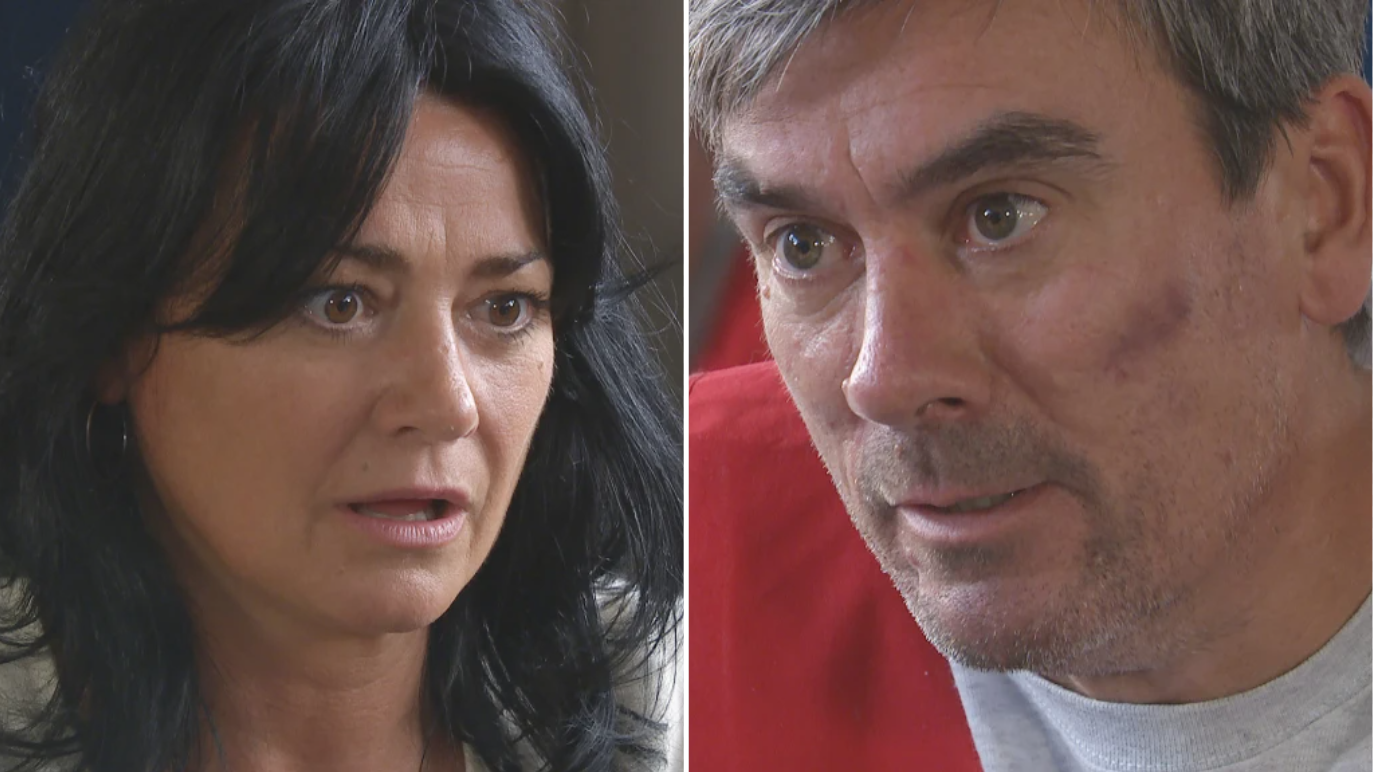 Moira (Natalie J Robb) made the risky decision to go behind husband Cain’s (Jeff Hordley) back during the New Year’s Eve episode of Emmerdale, and tonight she stood by her plan.

Having been offered the chance to get Kyle (Huey Quinn) the best legal representation thanks to Cain’s estranged brother Caleb (Will Ash), Moira went behind Cain’s back and accepted Caleb’s offer.

In tonight’s instalment of the ITV soap, Caleb and Amy (Natalie Ann Jamieson) met with his legal team to discuss Kyle’s case.

Meanwhile, however, Cain was doing some damage control of his own.

He changed his statement to police by telling them that Kyle was present the night Al was murdered, but that he saw Cain pull the trigger. He said that this would explain why there was blood on the jumper that Kyle had taken to the police station.

Elsewhere, Caleb relayed the information from his lawyers to Moira. They were confident that they could prove that Kyle acted in defence of Cain and pulled the trigger by accident, therefore avoiding a murder charge.

However, Amy pointed out that the alternative result would see Kyle sent to prison for a minimum term of 12 years.

Later, Moira and Caleb took the plunge and visited Cain in prison, where they admitted that they had gone behind his back. Caleb was quick to lay down the law, saying that everyone had to put Kyle first.

This angered Cain, causing him to lash out at his brother. As the police dragged him away, he told both Caleb and Moira to stay away from him, and that he was done with the pair of them.

Is this the end for Cain and Moira, or will Cain see that she and Caleb have Kyle’s best interests at heart?