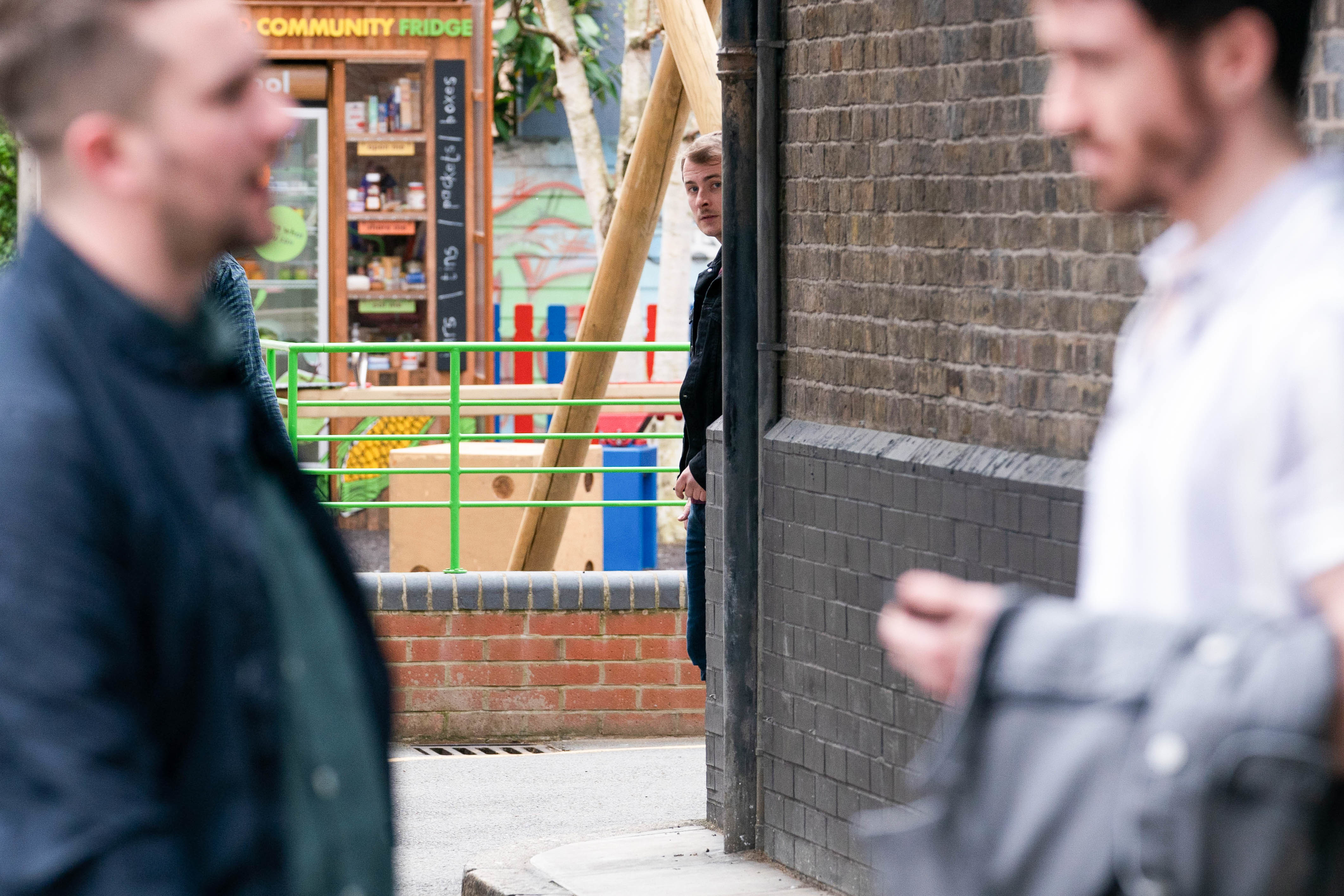 During the initial aftermath, Callum asked Ben if he slept with Lewis after learning he spent the evening at The Albert.

Because Ben was so overwhelmed and confused, he didn’t deny it, which led Callum to ending their relationship in truly devastating scenes.

Recently, Ben told Kathy (Gillian Taylforth) about his sexual assault and she has slowly helped Ben address the fact he needs to report Lewis to the police.

As a new week begins, there’s a problem for Ben as he’s starting to doubt whether he should actually go to the police about his rape.

Outside, Ben watches as Lewis and Callum have a seemingly close conversation – but what’s going on?

Could Lewis use Callum and Ben’s current situation to his advantage?

Later on, during a conversation with Jay (Jamie Borthwick), Ben is able to tell him that he was sexually assaulted by Lewis – but where does that leave things with Callum?

As Ben gradually grows stronger, will he soon be able to tell Callum what really happened?

You can visit the Survivors UK website here for more information and support on men and non-binary people who have been affected by rape or sexual abuse.