Home » TV & Movies » Spoilers: Death shock as a body is dug up in Corrie 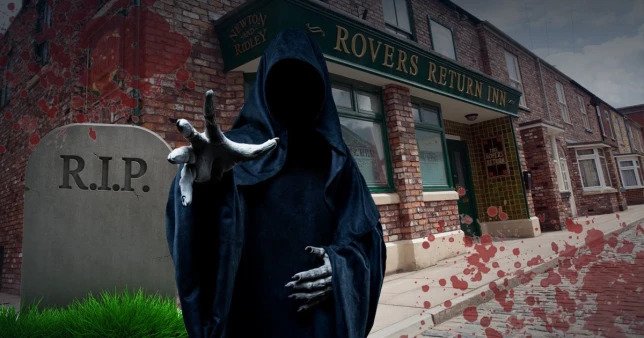 There’s a horrific discovery for the police in upcoming episodes of Coronation Street, as the body of loan shark Rick Neelan is finally discovered when they search the site of Weatherfield County’s training ground.

Gary Windass (Mikey North) killed Rick in self defence in 2019, and his lived with the knowledge that this terrible secret could be exposed at any time. The pressure mounted when Rick’s daughter Kelly (Millie Gibson) came to live with him and Maria (Samia Longchambon), followed recently by Kelly’s mum Laura (Kel Allen).

When Laura confronted Gary about her private investigator’s suspicions that Rick was dead and Gary was the killer, Gary crumbled under the pressure and confessed.

He was stunned when Laura – who is suffering from a terminal illness – sacrificed herself by telling the police that she was the killer. She felt that Kelly’s best chance of a settled home life was with Gary and Maria and made a decision to protect Gary.

This means that when the body is finally found in upcoming episodes, Kelly’s grief will be doubled by thinking that her mum killed her dad.

Can Gary really carry on letting her feel that Laura has let her down? Or will he decide to own up to being the one who really killed Rick Neelan?