Home » TV & Movies » Spoilers: Everything that happens next after Imran's death in Coronation Street 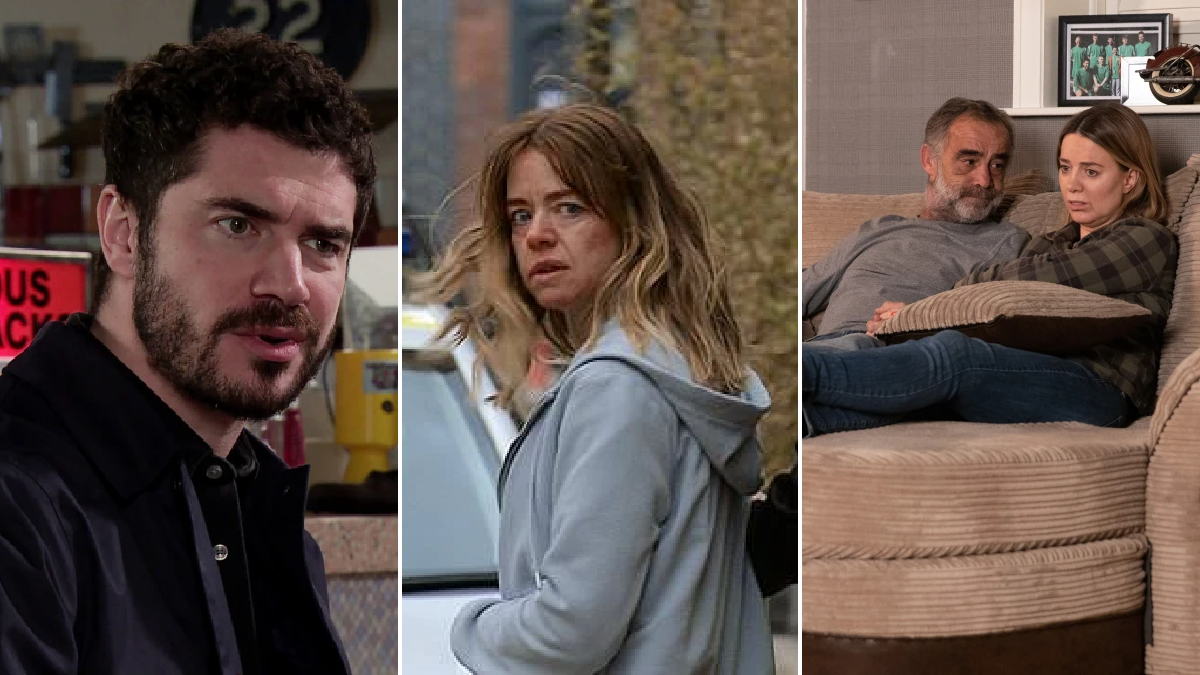 The future looks dark for Toyah Battersby (Georgia Taylor) in Coronation Street as tonight’s episode revealed what happened in the moments leading up to Imran Habeeb’s death.

After Imran found Toyah at the station, he decided to use the car journey home to reveal the truth about his recent betrayal and paying Ben to lie in court.

As the lies unravelled, Imran tried to stick up for himself, but a devastated and disgusted Toyah was having none of it.

When the crash aired again, we saw it from multiple angles, allowing us to learn Toyah certainly didn’t slam the brakes or make an effort to follow the road.

Because the back of the car lifted up as they crashed, it also suggested Toyah was driving at a considerable speed before impact.

So, as Weatherfield residents attempt to move on with their lives following Imran’s death, the storyline hasn’t ended yet as the police are starting to wonder if Toyah drove into the building with the intention of murdering her husband.

Here’s what happens next as the aftermath continues to unfold.

New spoilers revealed this morning allow us to confirm Toyah will be arrested and taken in for questioning next week.

As we saw this week, DS Swain is aware Toyah and Imran were involved in a tense conversation before the crash, but will she collect enough evidence together to strongly argue the crash wasn’t an accident?

In the interview room, Toyah will have to rely on her memory and history with Imran to protest her innocence as there currently isn’t any physical proof to show she didn’t plan on murdering Imran.

But will the police believe her?

Or could she soon be facing a murder charge?

As the street reels following the car crash, preparation for Imran’s funeral must get underway.

With Toyah being questioned, will the Weatherfield residents view her differently if she attends her husband’s funeral?

And what about Imran’s mother, Saira?

Last seen in 2019, Saira has now lost both of her children in tragic circumstances – will we see her again?

As Toyah mentioned tonight, Alfie isn’t her child, meaning chances of another custody hearing are high.

Given everything she’s been through, will Abi (Sally Carman) finally get some happiness if the Judge allows baby Alfie to return home with her?

We know how much Toyah has longed for a child of her own, but how will she cope if she loses Alfie just weeks after saying goodbye to Imran?

We know Spider (Martin Hancock) will return to the cobbles soon, but we’re yet to establish why he’s back in Weatherfield.

Former partner to Toyah, things will be different between the two as Spider was last seen on our screens in 2003!

Will Spider be a shoulder for Toyah to cry on when he’s back?

Or will his return only create more problems?

On Tuesday, just before Imran revealed the truth, Toyah expressed her suspicions to Leanne (Jane Danson), Adam (Sam Robertson) and Nick (Ben Price) in the bistro.

Toyah couldn’t understand why Imran didn’t want to report Abi to the police for trying to abduct Alfie and said, ‘I swear, if he’s been lying to me again, I’m going to kill him’.

During that moment, Adam listened in, clearly concerned.

But will these words return to haunt Toyah?

If Adam gets word of Toyah being questioned, will he tell the police what he heard?