Home » TV & Movies » Spoilers: Mandy in Emmerdale kills to save Paul and Vinny? 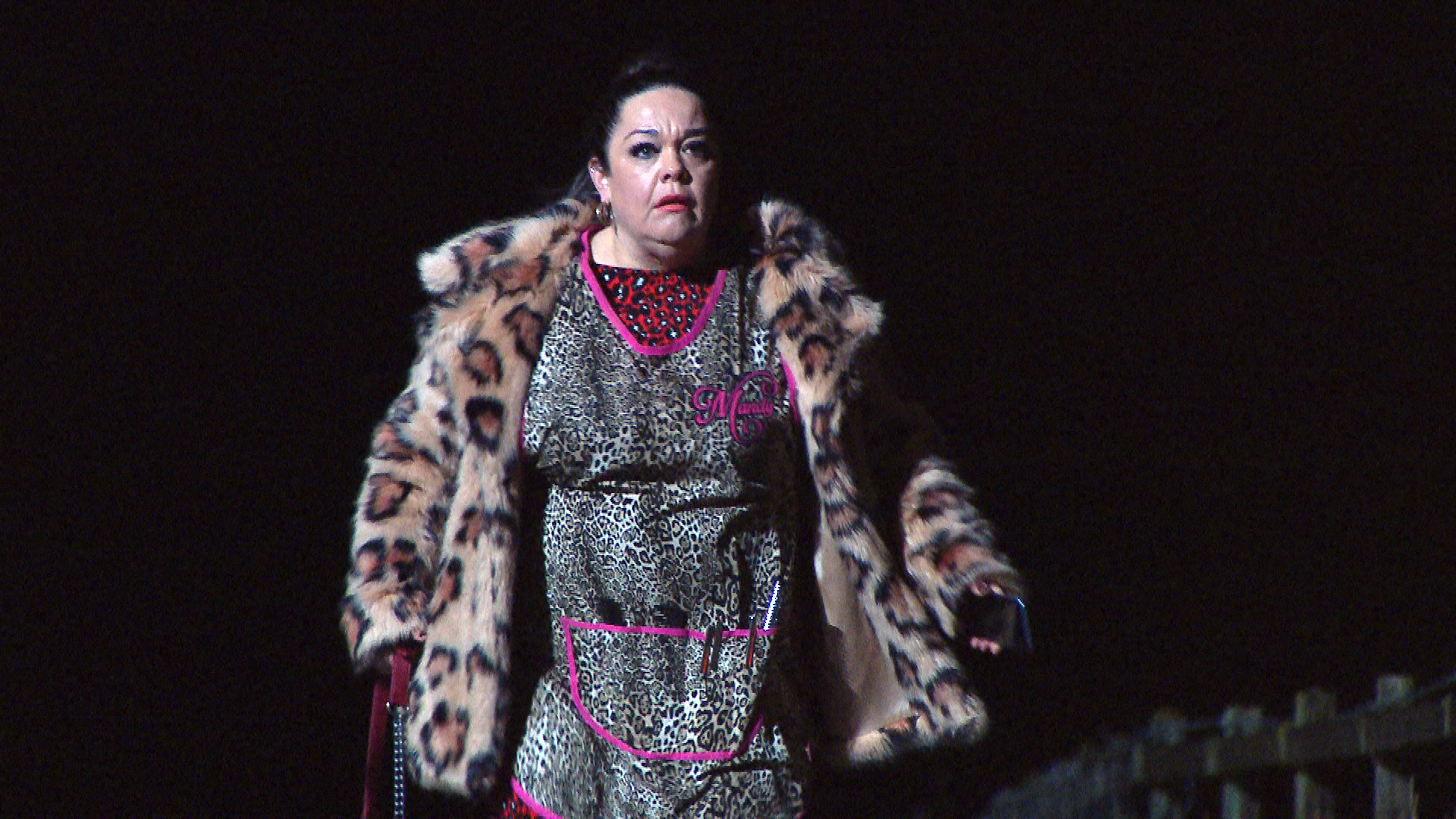 Mandy Dingle (Lisa Riley) in Emmerdale is one Dingle not to be messed with. She’s just found out about Paul Ashdale’s (Reece Dinsdale) out of control gambling addiction and with upcoming episodes showing Paul and Vinny (Bradley Johnson) in danger, could the dark side to Mandy resurface as she kills someone to save her family?

Connor (Danny Cunnigham) turns up at the scrapyard and Paul scrambles to make excuses, knowing he’s short on the amount he owes. As Connor warns his time is up, he brandishes a metal bar and Paul is left fearing for his life.

Mandy receives a voicemail from Paul telling her he’s in trouble and she rushes to meet him and is stunned to see Connor pull up in a van and violently kidnap him right in front of her.

Connor demands Mandy pay £4k in ransom by tomorrow if she wants to see Paul alive again. With everyone skint, Mandy and a distraught Vinny struggle to round up the money.

Vinny is distressed by Mandy swears she’ll get Paul back so the next day, Mandy reveals a bag full of money but is reluctant to tell Vinny, Liv (Isobel Steele) and Lydia (Karen Blick) where it’s come from.

With her cricket bat in hand, Mandy is determined to bring Paul home, and Vinny insists on coming with her. At the layby, Vinny’s fears begin to rise when a van pulls up.

Wearing a balaclava and disguising his voice, Connor climbs out of the van.

How will this go down? Will Mandy kill Connor if he says Paul can’t be released?