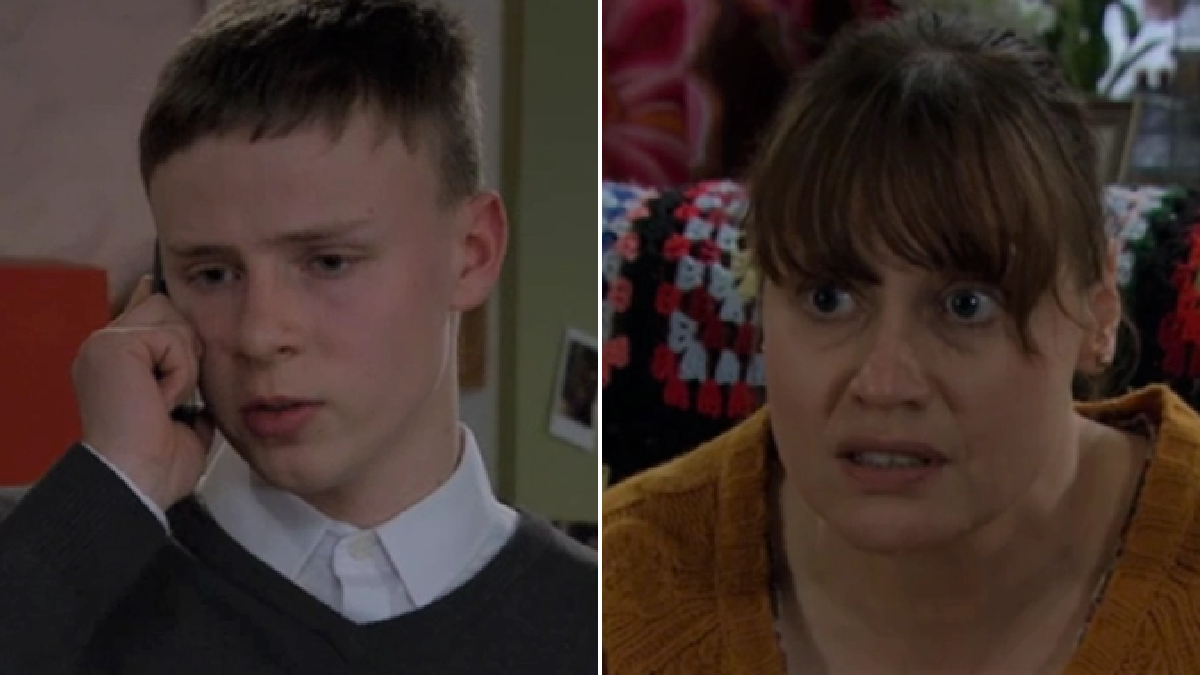 Lydia Dingle’s (Karen Blick) ordeal has spiralled out of control in Emmerdale.

Ever since she discovered Paul (Reece Dinsdale) had left her a mountain of debt, things haven’t been getting any better for Lydia and tonight (May 25), things took a dark turn.

With the dodgy calls continuing, Lydia’s fears were heightened when someone through a brick through the Dingle’s window.

A young Samson (Sam Hall) was clearly worried about leaving Lydia on her own, and as he reluctantly headed off to school, Lydia made the decision to head to the police station on her own to tell them about the attack.

Lydia tried to make Sam (James Hooton) see that revenge ‘the Dingle way’ wasn’t the answer, but the youthful attackers confronting Lydia only made matters worse.

Watched on by Samson, Sam arrived and managed to scare the attackers away.

Back at home, Sam was fuming and equally puzzled as to why Samson wasn’t fired-up for revenge.

The young teen found himself caught between violent payback and Lydia’s hopes for no more trouble but when Samson was left on his own, he made a phone call…

We discovered Samson knew the attackers from school and after making a plan with his friend on the phone, he found a crowbar and put it into his school bag.

After his failed attempts at protecting Lydia, Samson’s now out to get his own revenge…but how far will he go?

How bad will things get for Lydia if Samson finds himself in trouble with the police?