The former BBC Breakfast presenter joined Stephen Mulhern on ITV game show Catchphrase for a special celebrity edition. Steph McGovern was thrilled to have been invited onto the show but she wasn’t expecting Stephen to have delved into her childhood for interesting facts.

Steph said if her appearance on the show: “I’m dead excited, I love this show! Woo, I get to be on it.”

“I found out a few facts about all of the guests on the show,” host Stephen remarked.

“Found out one about you which I didn’t know. You were a former champion of Irish dancing.” 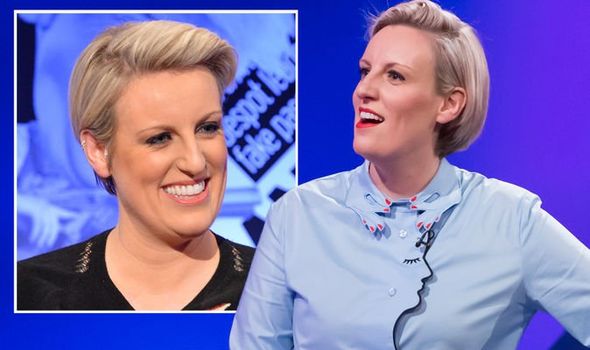 “What age were you then?” Stephen asked.

The Packed Lunch host replied: “I did it when I was a kid from about 10 till I was in my early twenties.”

Stephen went on to ask Steph to give a demonstration and she happily obliged showing him how to move his feet. 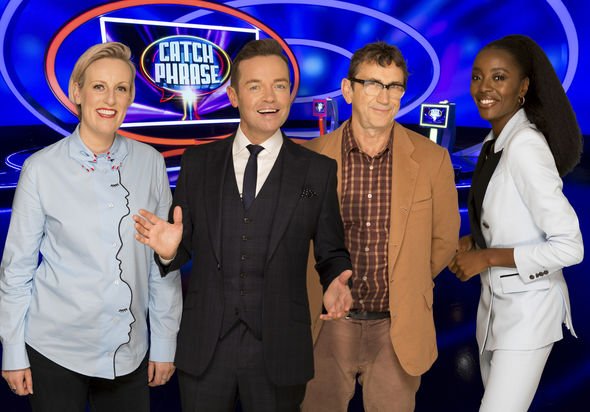 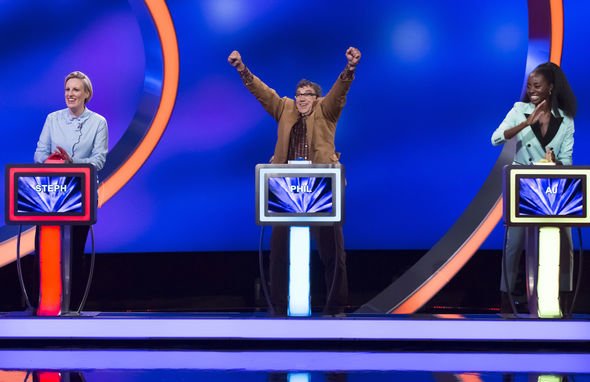 Unfortunately Stephen wasn’t as skilled as Steph as he hilariously kicked his legs up too high leaving his guest in hysterics.

Fans of the game show were quick to comment on the hilarious clip shared on Twitter with many excited to see the full episode.

“Can’t wait to watch this Stephen,” one fan posted while another added: “It’s gonna be a good ‘un by the looks of it!”

A third commented: “Got to watch this,” while a fourth tweeted: “Man of many talents.”

Steph shared the clip on her own Twitter account revealed she would be playing for Rubies Charity, which supports girls in Middlesbrough and Redcar & Cleveland to discover their strengths and know their true worth.

It comes after fans claimed the series was no longer a family show after a “rude” catchphrase was included on Saturday night’s edition.

During one round, contestants had to guess the catchphrase for an image involving on person on their knees in front of someone else.

While the catchphrase was completely innocent, due to several puzzle pieces blocking out the full image, it looked rather risky.

Viewers were quick to comment on the hilarious scene, with one writing: “A proper saucy super-catchphrase on #catchphrase at the moment. Everyone’s trying to pretend it’s not funny.”

“I thought Catchphrase was a family show,” another posted online.

A third joked: “Catchphrase is a bit risky tonight,” alongside several laughing emojis.