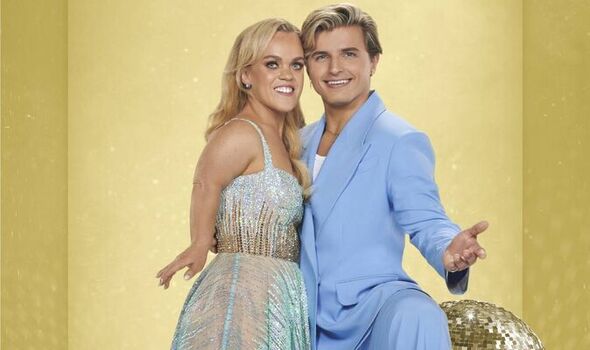 On Saturday 4ft 1in Ellie wowed 6.8 million viewers with a sassy chacha with 5ft 10in Ukrainian pro-partner Nikita Kuzmin, 24 – scoring 26 points from the delighted judges. She revealed afterwards, however, that trolls had posted vicious, upsetting barbs about her.

Ellie said: “I’ve had it already. Some people have said, ‘How’s the dwarf going to dance?’ It’s sad and it does get to you. People have reached out to me, it’s been so touching.”

Strictly fans rallied to her defence, saluting her courage and praising her thrilling performance on the hit entertainment show.

Bravery “I could not dance with even a quarter of the grace and style she has. Ignore them Ellie, not worth the breath they breathe. YOU GO GIRL! X.”

Another called Napqueen3000 said: “Hate to break it to you, but if you find Ellie Simmonds difficult to watch because she’s disabled, then you are ableist. She’s so fun to watch!”

Osregis stressed: “If you’re being unkind on here about Ellie Simmonds you’re an absolute garbage person.”

And Twitter user Effy summed it up, saying: “To try something new in front of millions takes a lot more bravery than keyboard warriors writing nasty comments anonymously. Rant over.”

Ellie underlined that her primary reason for taking part in Strictly, the first contestant with dwarfism to do so, was to inspire youngsters.

She said: “If I had this as a child, watching someone with dwarfism on a dancing show, it would have been amazing. I never thought I’d get the opportunity. I swam in front of millions but dancing is different.

Ellie, the youngest recipient of an MBE aged 14, revealed she has had some tips from Terra Jolé, of reality, show Little Women: LA, who appeared on the 2016 season of the US version of Strictly.

She said: “I saw Terra Jolé, who is an individual with dwarfism, do it on Dancing with the Stars. I got in contact with her to ask for any tips: ‘How is it going to be? What are we going to do? How do we adapt?’ Seeing her do it made me know that I can do it because I’ve never seen anyone with dwarfism dance before.”

Ellie, GB’s youngest Paralympian when competing at Beijing 2008 aged just 13, credits her parents – neither of whom has dwarfism – with her positive attitude.

She said: “I’ve always been aware of being shorter, but felt I could do anything. My mum and dad said if I wanted to achieve something I shouldn’t let it stop me.”

Having quit swimming after the delayed Tokyo 2020 Games last year, she was ready to try something new, adding: “I’m so happy I said yes.”