ADAM Peaty is the latest celeb to seemingly fall victim to the Strictly curse – by splitting with his girlfriend of three years.

The BBC One dancing show has become known for its fallouts, flings and affairs over the years. 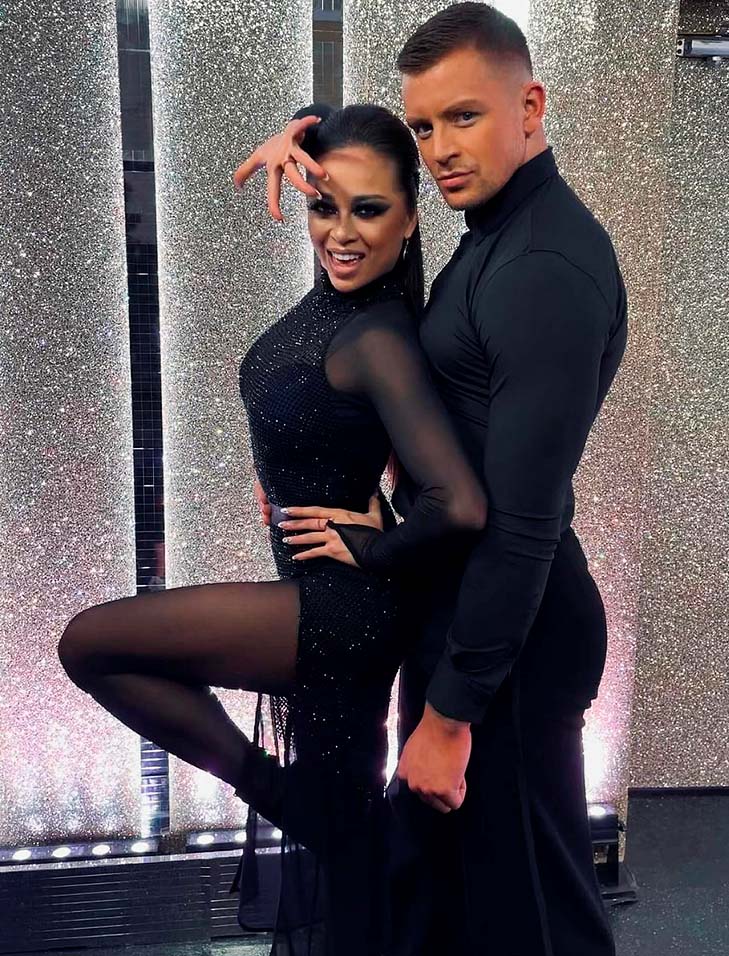 But the Olympic swimmer – whose routines with pro Katya Jones raised eyebrows last year – has now split with partner Eiri Munro, mum to his son George.

In an Instagram post he wrote: "I could not ask for a greater mother for George and I am so grateful to Eiri for her amazing support over the last three years. "Eiri and George, I’m sorry for letting you down.”

Adam’s camp has furiously denied the break-up has anything to do with the Strictly curse – or Katya.

But some professionals seem to attract controversy – and it’s not the first time Katya's dance partner has been involved in a break-up. 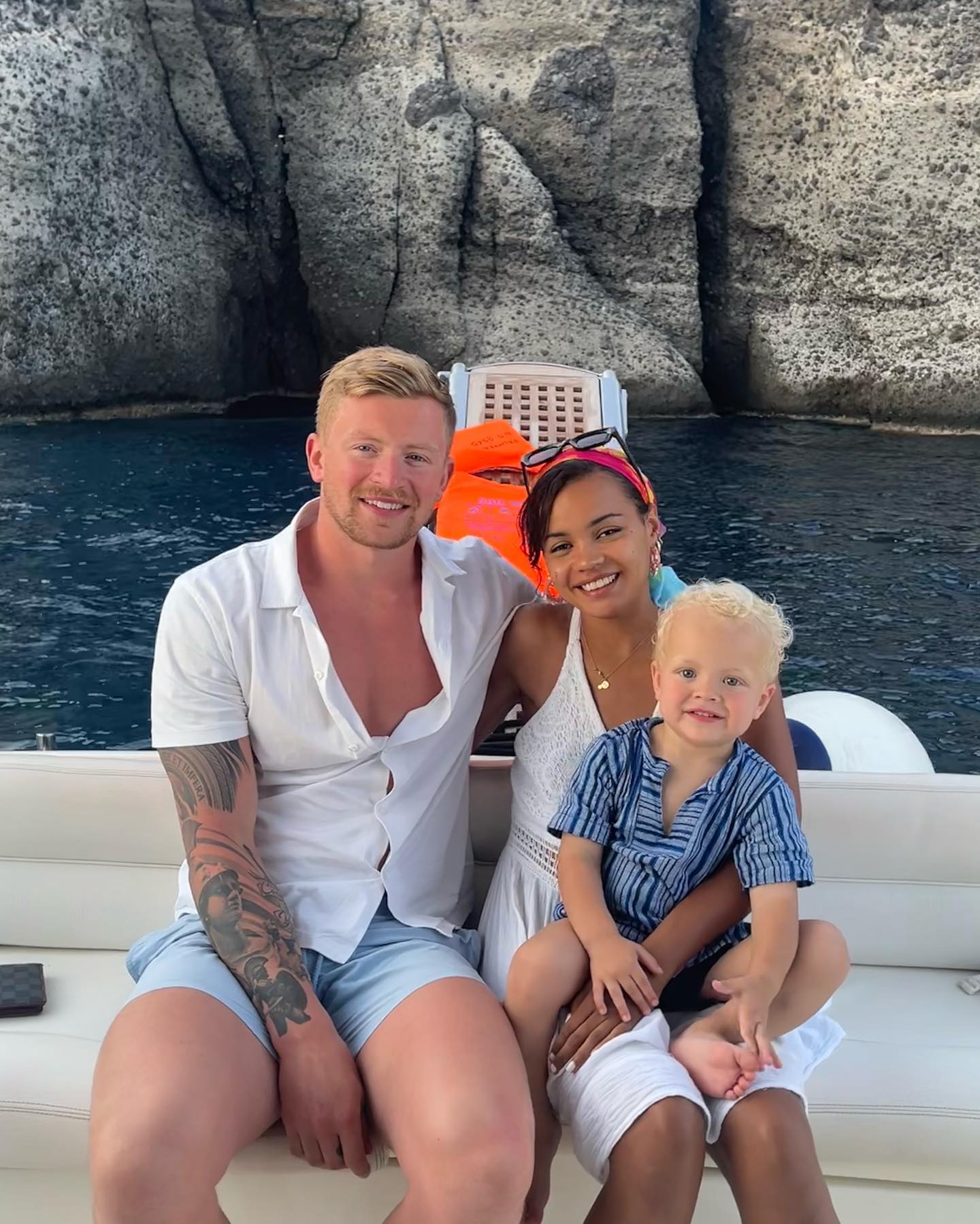 Strictly’s Adam Peaty breaks his silence after split from girlfriend 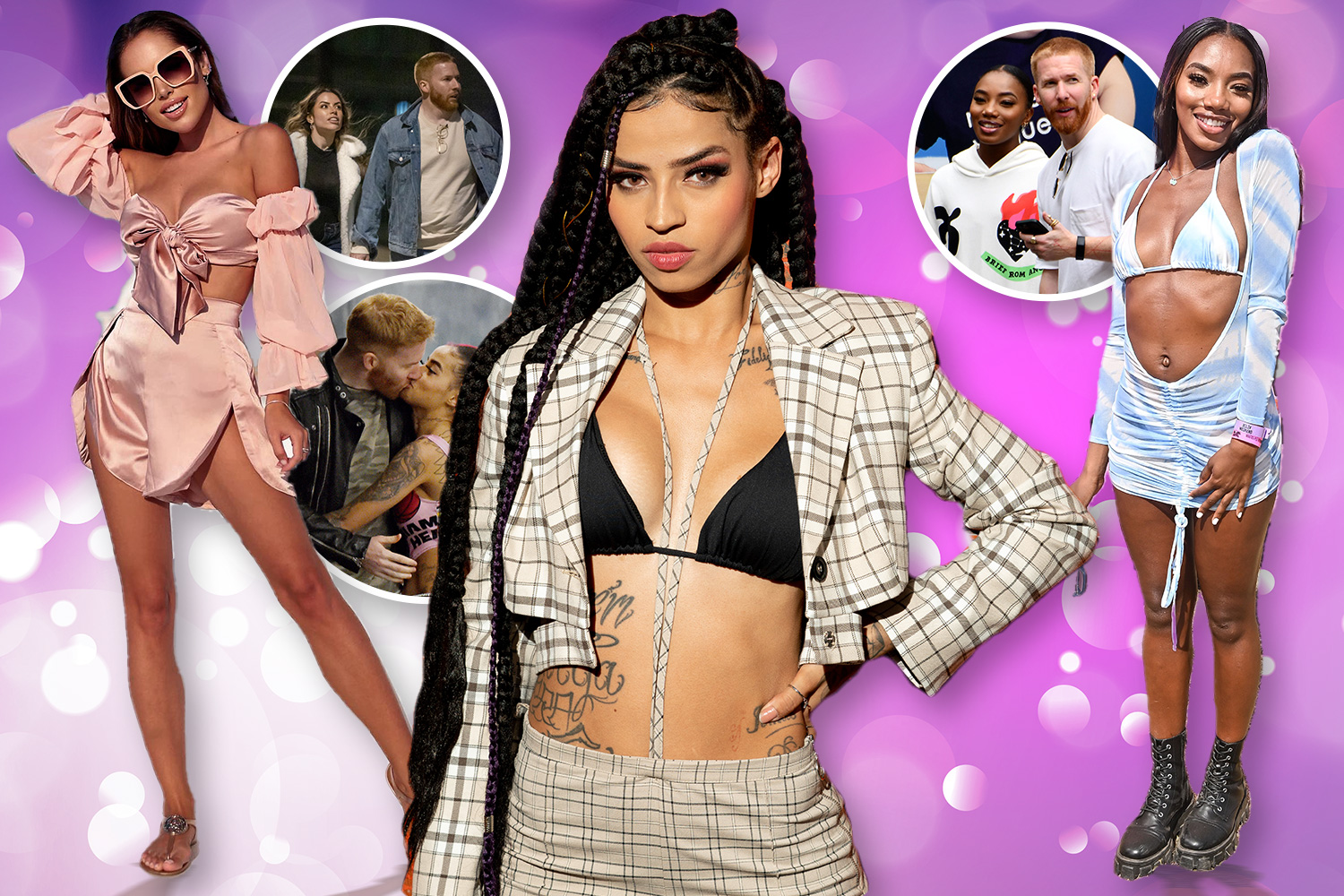 Here we reveal the past and present professionals whose partners have gone on to experience relationship turmoil – celebs, take note.

Sultry Katya is known for her brilliant choreography but also has been involved in three Strictly splits.

When she started the series she was married to fellow professional Neil Jones. 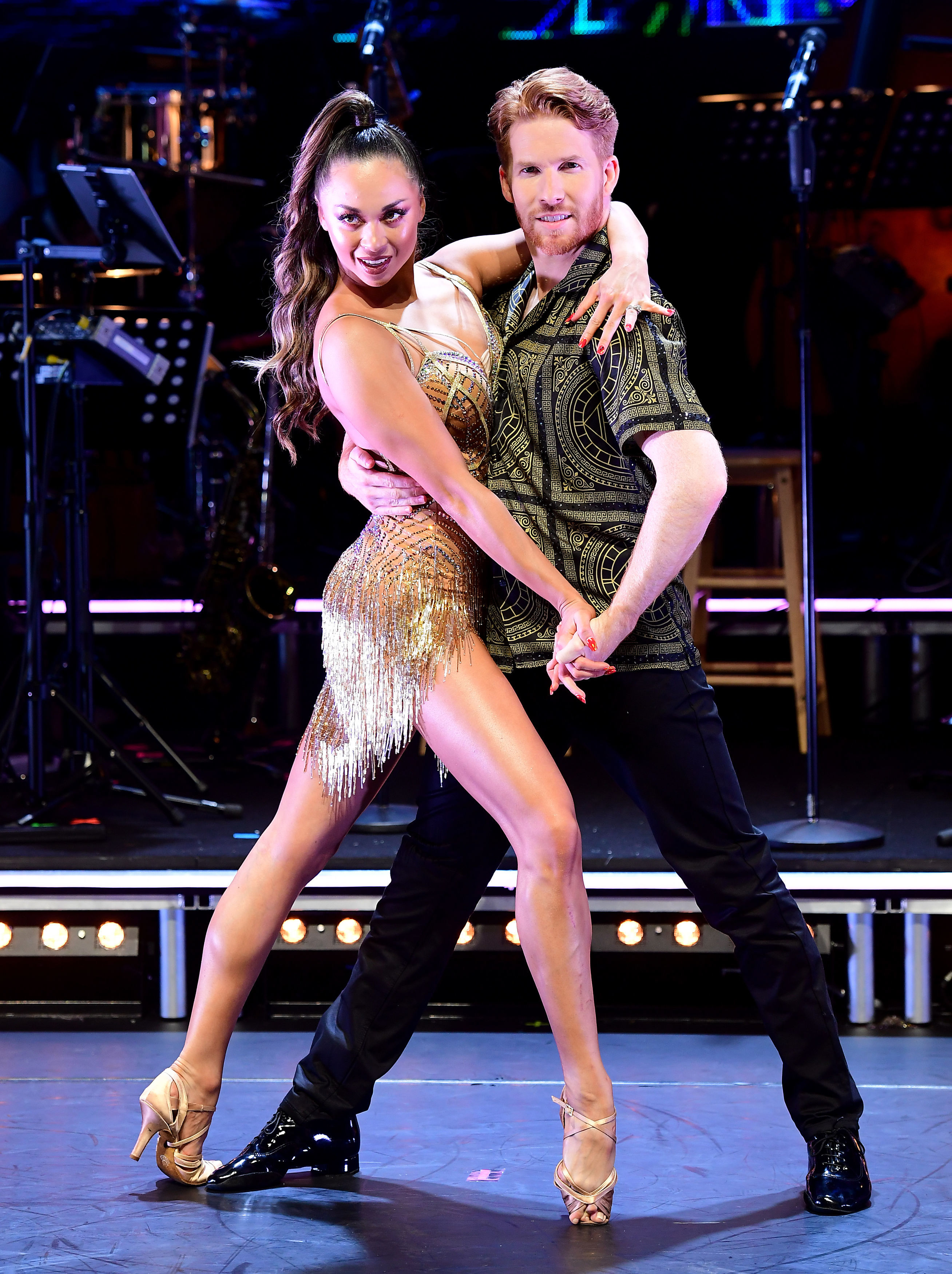 RETURN OF THE MC

But in 2018, she was spotted snogging her dance partner, comedian Seann Walsh.

Seann, who was dating actress Rebecca Humphries, was accused of gaslighting his ex and calling her a “psycho”.

While Neil and Katya stayed together, in 2019 they announced they were divorcing amicably.

Katya’s partnership with Adam had tongues wagging after a very tantalising Argentine Tango, where the pair appeared to hold back a kiss.

Eiri appeared to joke about the steamy dance in a TikTok video, sharing a clip of her pretending to cry, captioned: "Watching your boyfriend almost kiss another woman on live TV… Finding out 10 million people also watched it live." 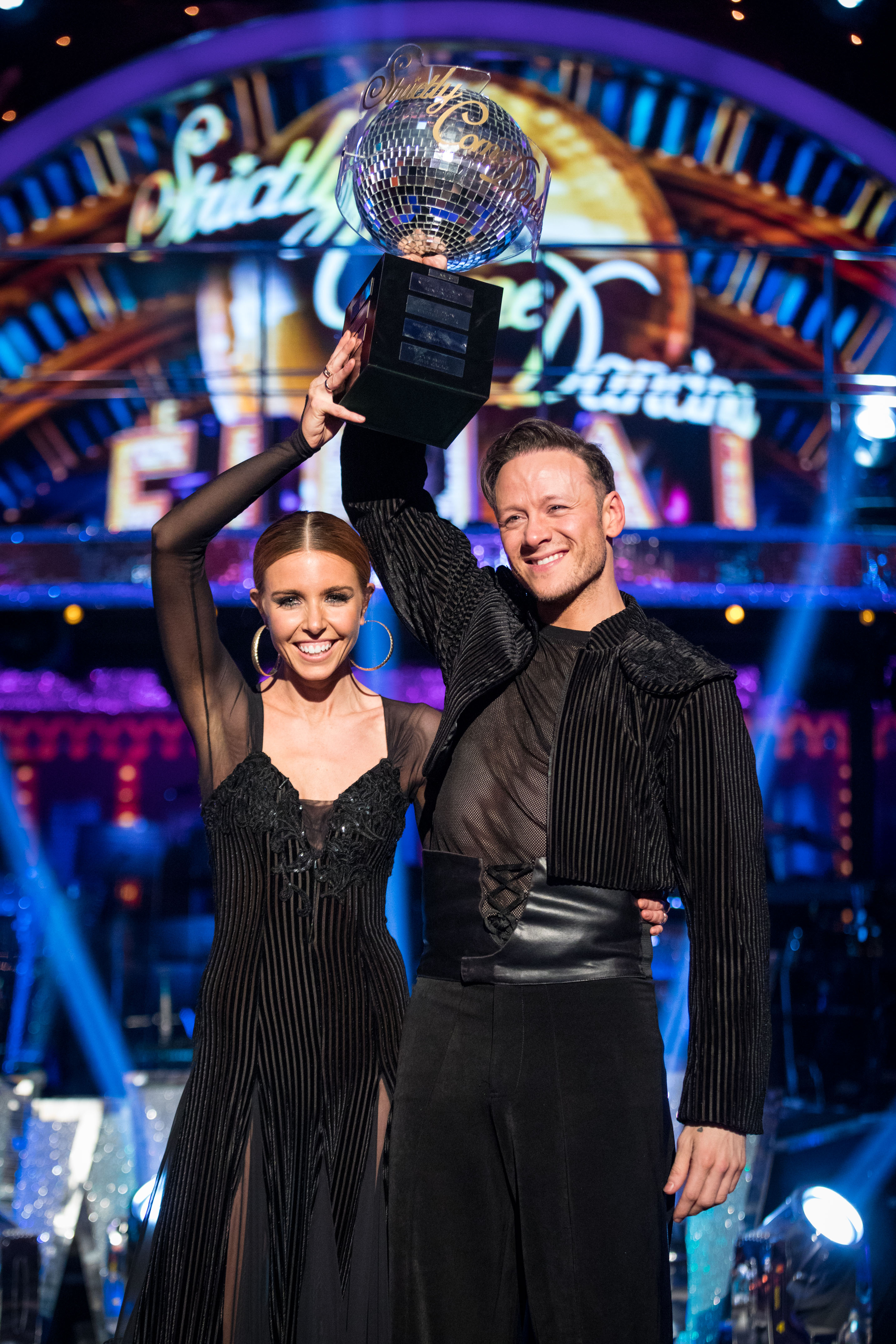 Kevin was married to third wife and Strictly pro Karen Hauer when he started on the show in 2013.

And the unsuspecting spectacles-wearer has since presided over the most break-ups in Strictly history – four, including his own.

Kevin reached the final in 2013 with partner Susanna Reid – and the following year she split from husband Dominic Cotton after 16 years together.

Kevin and Karen separated in March 2018, but stayed friends – despite rumours Kevin got close to his 2016 partner Louise Redknapp – who split from husband Jamie in 2017 after 19 years of marriage.

After the show, a source claimed Louise was ghosted by Kevin, adding: “He gave Louise the impression he was infatuated with her, and she became pretty obsessed by him.

“In the 2017 series, Kevin was partnered with Susan Calman, but the two never really clicked, so obviously Louise remained incredibly close to Kevin throughout this time.”

Louise was said to have been disappointed that Kevin “ghosted” her after meeting Stacey Dooley, his partner in the 2019 series.

Stacey had been dating personal trainer Sam Tucknott for five years, but ditched him months after she and Kevin won the glitterball trophy.

She and Kevin got together, and are still going strong. Kevin quit the show in 2020. 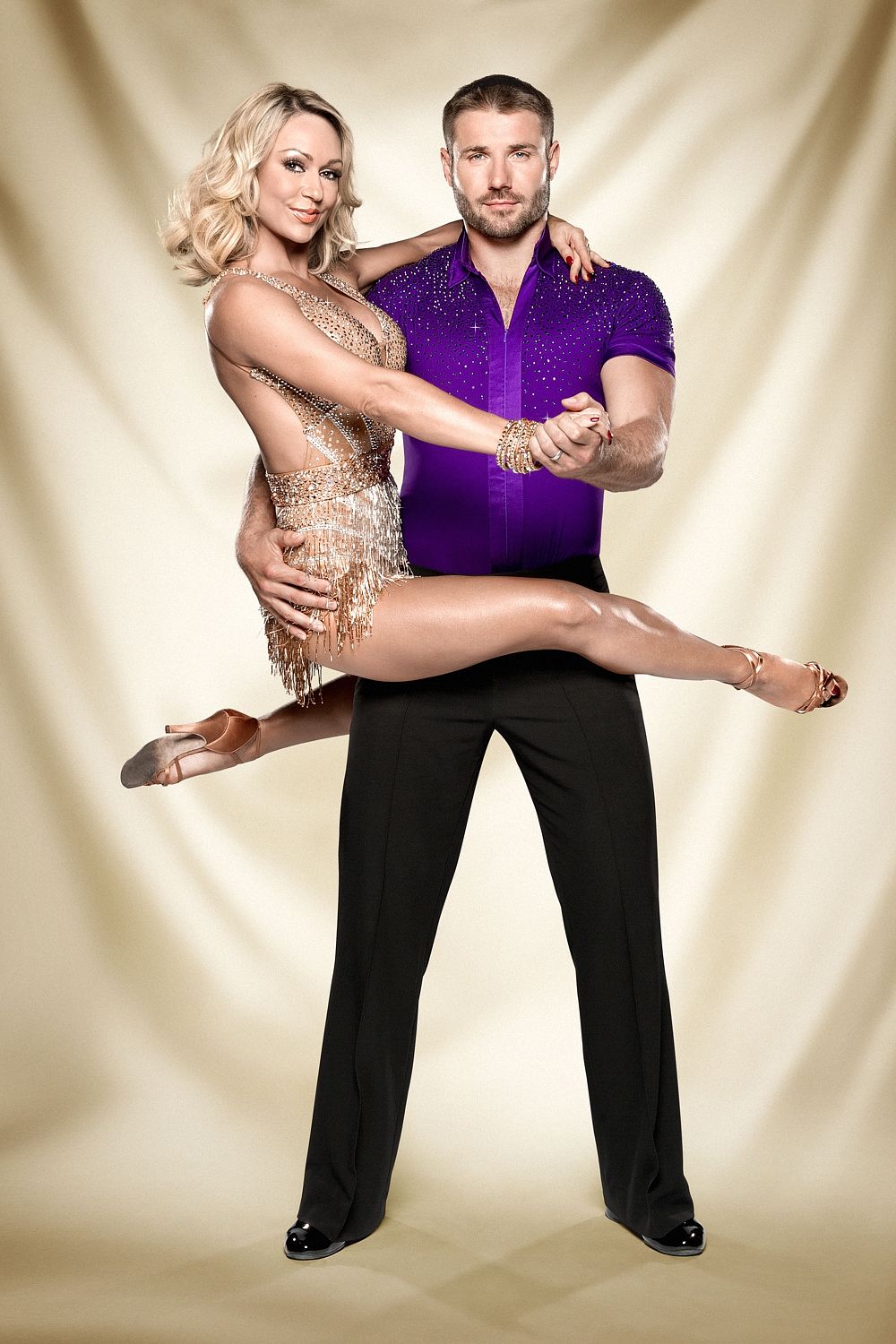 Russian Kristina hit it off straight away with boxer Joe Calzaghe in 2009.

The couple split four years later when Kristina wanted to start a family – and Joe didn’t.

She said: “Deep down I knew that if a relationship doesn’t make you both happy, there’s no point. And now I feel like I am in a much better place.”

In 2013, she was paired with rugby player Ben Cohen who was married to childhood sweetheart Abby Blayney – mother to his daughters Harriette and Isabelle.

The mum-of-two claimed he dumped her for Kristina when they split months after Strictly in 2014.

She told the Daily Mail: "My whole world fell apart when Ben made the decision to end our marriage. It's like a bus has hit you. I was broken — completely broken."

Kristina and Ben insisted they only got together after the split. They now have a five-year-old daughter, Milena, together and live in Northamptonshire, where the former dancer runs a yoga business. 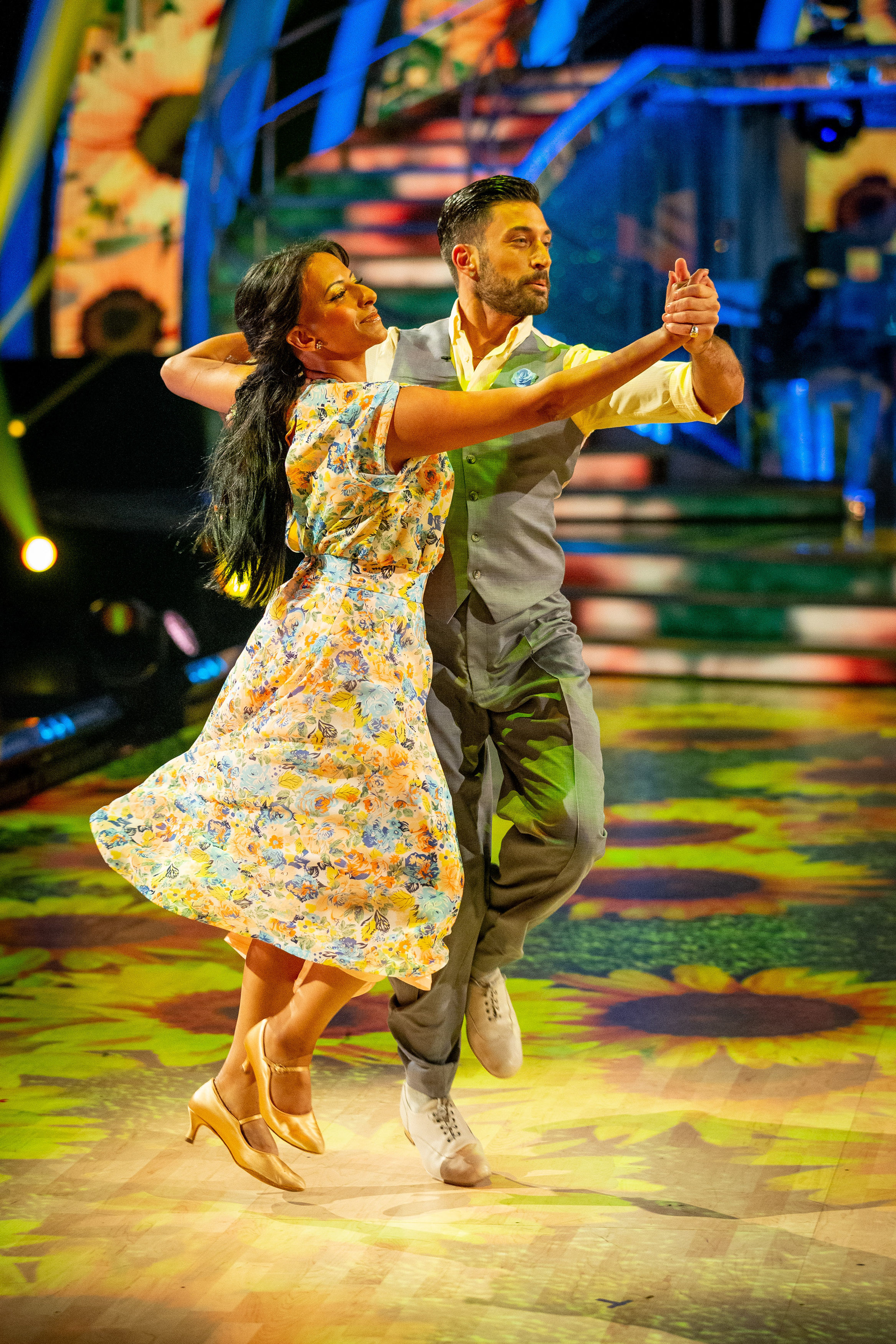 The Italian stallion caused controversy in 2015 when he dared to tango with partner Georgia-May Foote.

The Corrie actress was at the time dating her co-star Sean Ward, but claimed his insecurities caused their relationship to break down and they split shortly after the Strictly final.

Georgia-May soon fell into Giovanni’s arms but denied anything happened during filming.

Georgia and Giovanni split up after a year together – insisting there was no-one else involved.

In 2020, Strictly fans were rooting for Gio's partnership with GMB’s Ranvir Singh, and the pair received praise for their on-screen chemistry.

The pair laughed off dating rumours, insisting they were just friends. 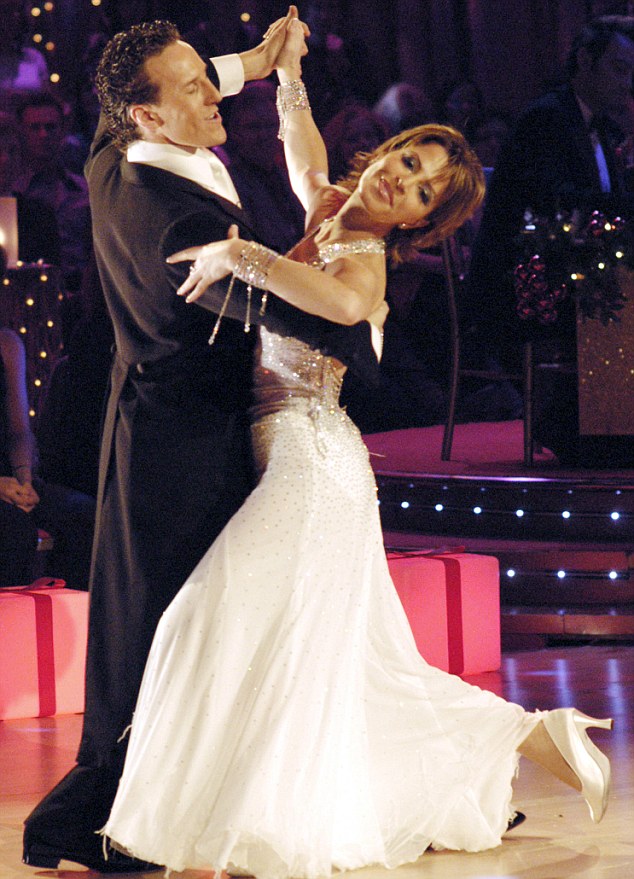 It was the pairing that started talk of a Strictly curse – but may look tame by today's standards.

Brendan and BBC presenter Natasha Kaplinsky, who won the first series together in 2004, fuelled talk of an affair.

At the time Brendan was engaged to dancer Camilla Dallerup while Natasha was with Mike Barnard.

He has since claimed "something happened" between him and Natasha, who split from her boyfriend, but insisted he "didn't have an affair" because he and Camilla were already over.

He told the Daily Mail: "I didn’t cross any lines with Natasha. I was single. Camilla had ended the relationship very early on in the series so what happened happened after that.

"It was a harrowing time — winning the show as much as my friendship with Natasha. On the other hand it was like, holy Moses. It can ruin a marriage so easily."

He then partnered with Casualty actress Sunetra Sarker in 2014 – who announced her split from husband Nick Corfield after competing on Strictly.

She tied the knot with Scott Carey in 2018 and continues to co-parent her son Noah with ex Nick.