TAYLOR SWIFT has moved in with British boyfriend Joe Alwyn after Covid restrictions forced them to stay in London together.

The pop superstar and actor have been dating for four years but have kept their romance largely off radar, rarely posing for photographs or talking about each other. 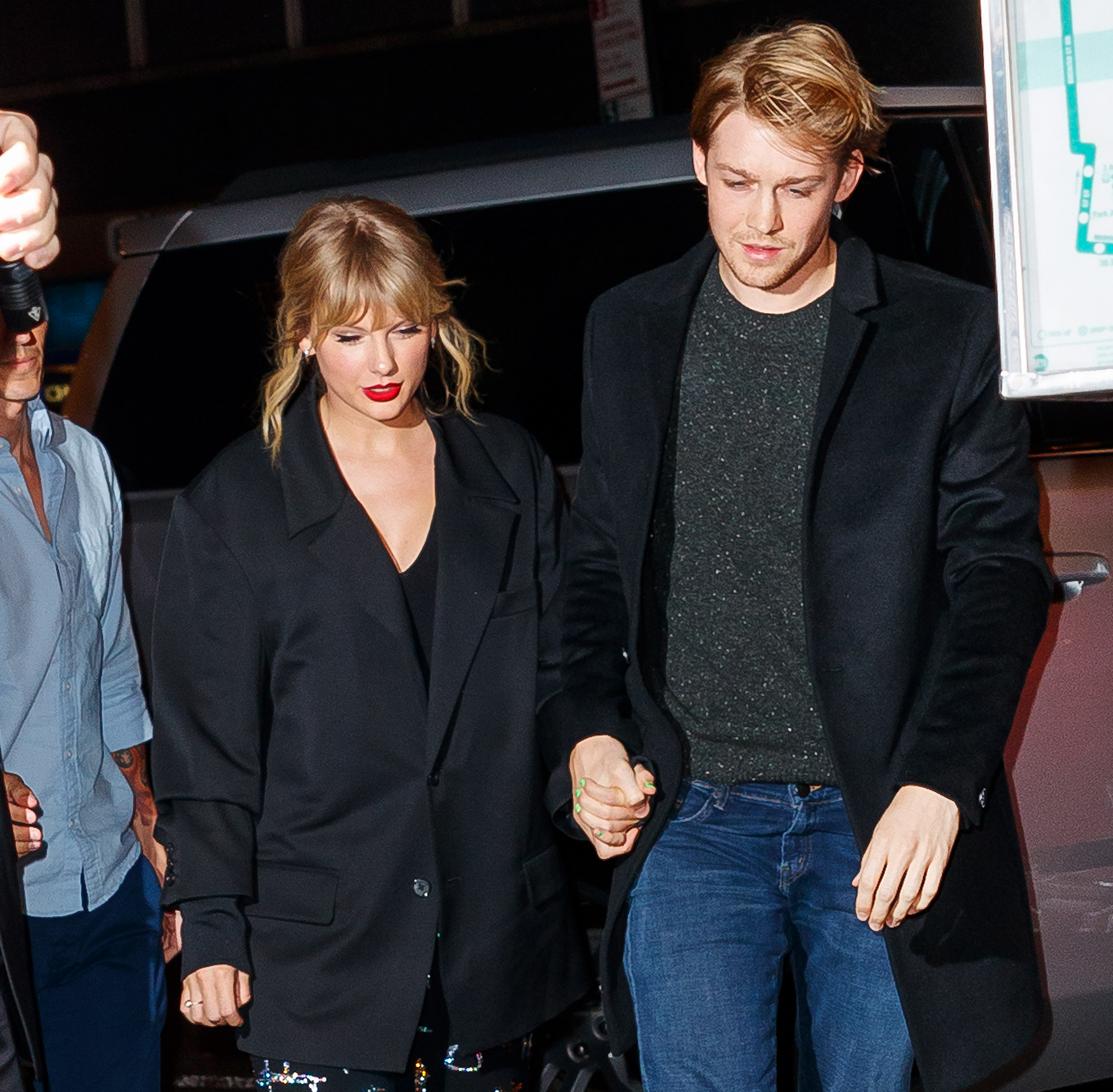 But in the clearest sign yet the relationship has become the real deal, I can reveal the pair are renting a £5.5million pad belonging to a famous British rocker in the north of the capital.

A source tells me: “They keep things extremely quiet together, and apart from Taylor’s song lyrics nobody ever really knows too much about how well things are going.

“But the fact they’ve decided to share a home for the first time is a pretty clear sign that they’re the real deal now.

“They’ve been there for most of lockdown. Taylor doesn’t think jetting around the world is the right thing to be doing. She wants to stick to the rules, and doing that together just made sense for them. 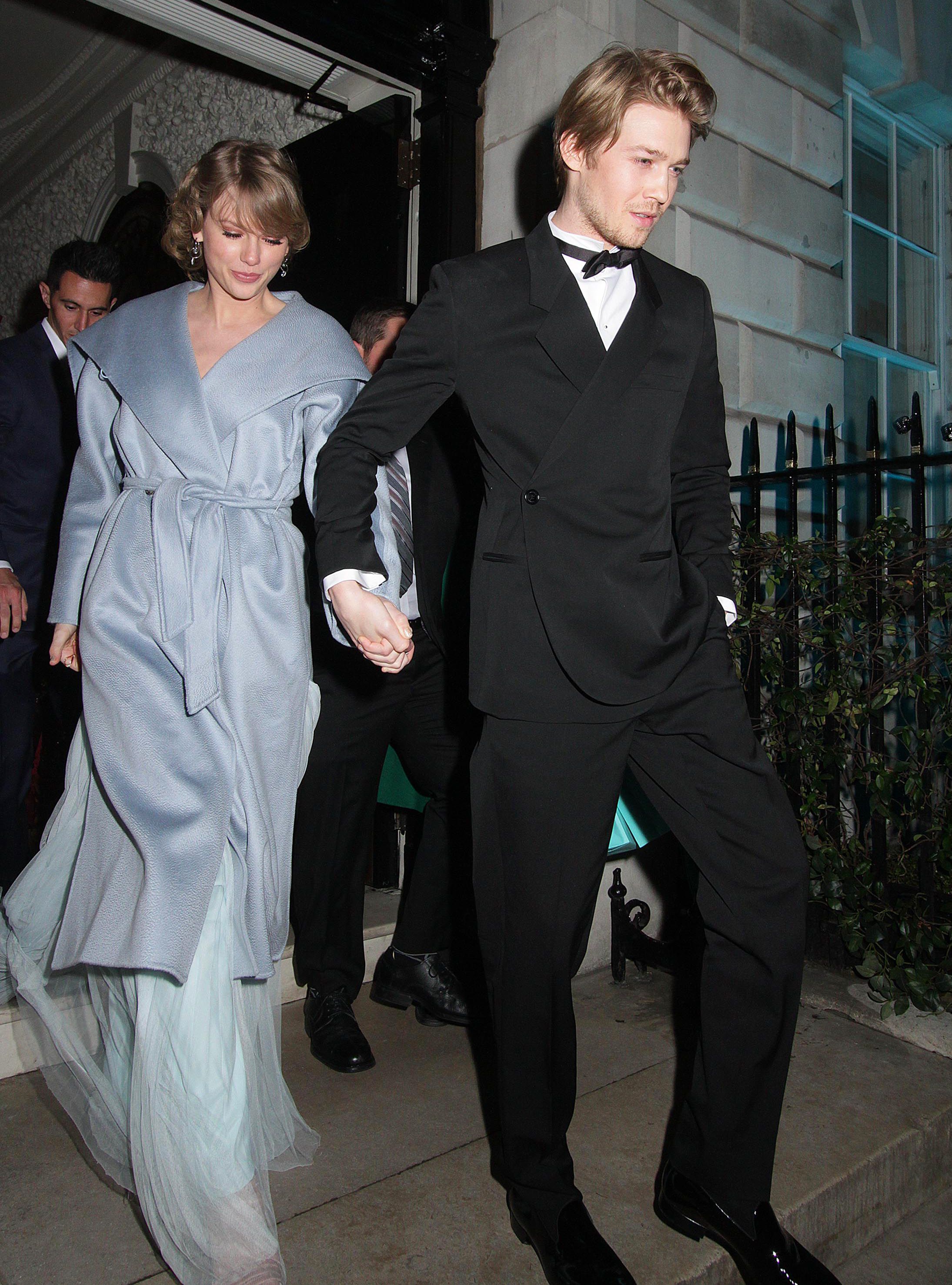 “She’s still got her homes in the US too so she hasn’t left there permanently. But this works for now and it’s the first time they’ve really had a place just for the two of them.

“They’re actually really normal, they drive around in a really low-key car and just make the odd trip out to go for a walk.

“You’d never know one of the world’s biggest superstars was living there.”

Taylor announced yesterday that she has completed re-recording her breakthrough album after a bitter dispute with music manager Scooter Braun, who bought the rights to her back catalogue. 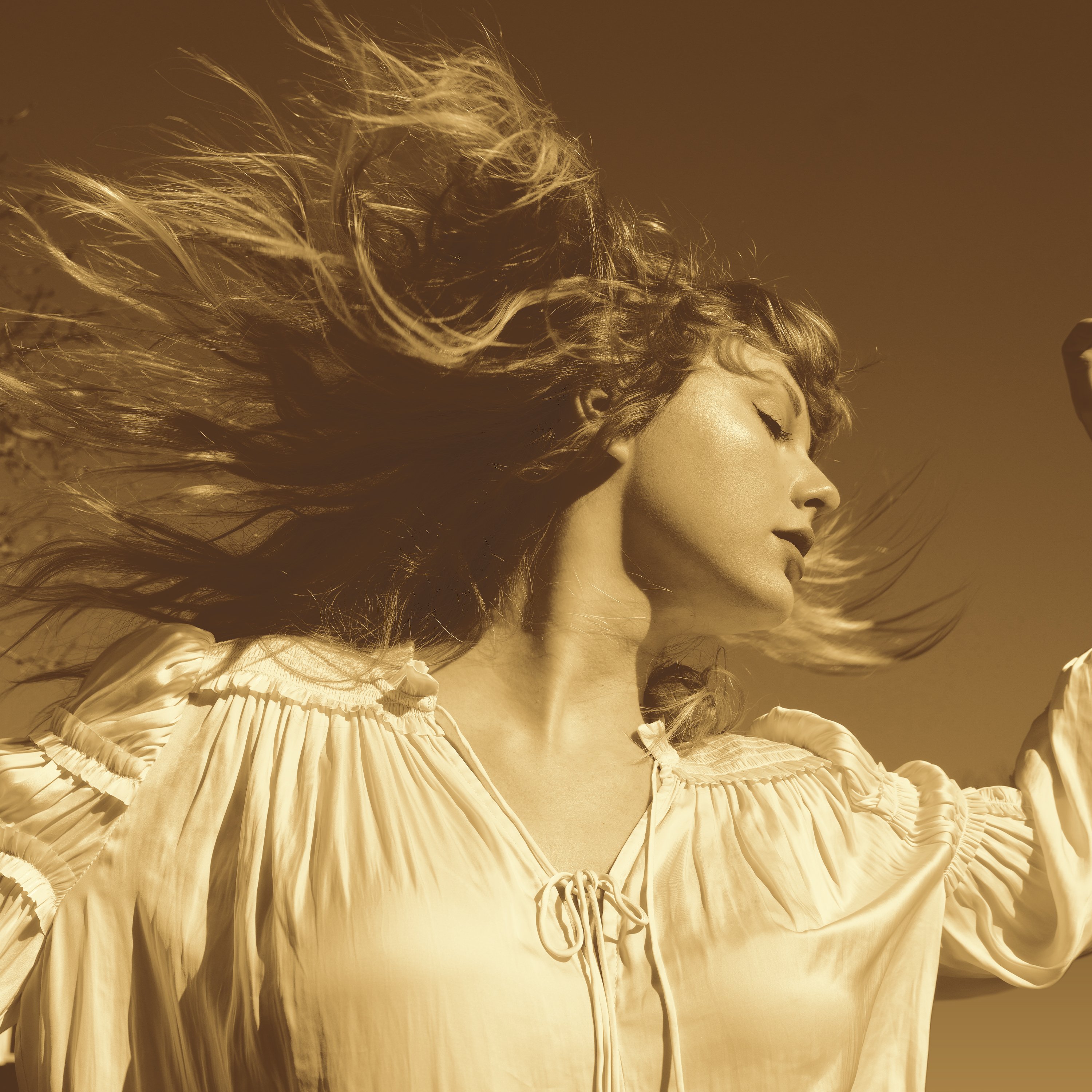 Her new version, titled Fearless (Taylor’s Version) will include 26 tracks — six more than the original — after she added a handful of never-before-heard songs written as a teenager.

She kicked off by releasing her re-recording of Love Story last night.

Taylor has regularly spoken of her fury at losing the rights to her own music as a result of the deal, labelling Scooter – who is manager of Justin Bieber and Ariana Grande – an “incessant, manipulative bully”.

The plan means he won’t earn any money from her original tracks if fans choose to play Taylor’s new versions, with the singer saying yesterday: “I’ve spoken a lot about why I’m remaking my first six albums, but the way I’ve chosen to do this will hopefully help illuminate where I’m coming from. 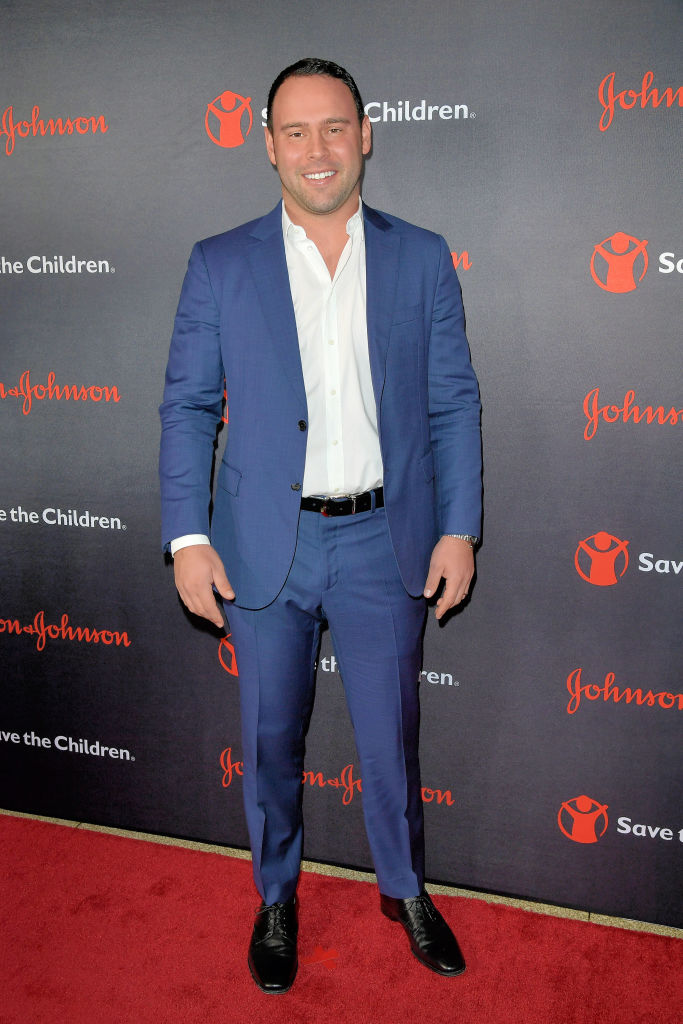 Artists should own their own work for so many reasons, but the most screamingly obvious one is that the artist is the only one who really knows that body of work.”

One thing couldn’t be clearer, Taylor is a determined woman.

Denise Van Outen is hoping to follow in the footsteps of Kylie Minogue who made her No1 album Disco almost entirely in lockdown.

She has enlisted the Aussie pop star’s long-time producer Steve Anderson to work on her comeback album, following the release of her first single in almost two decades this week. 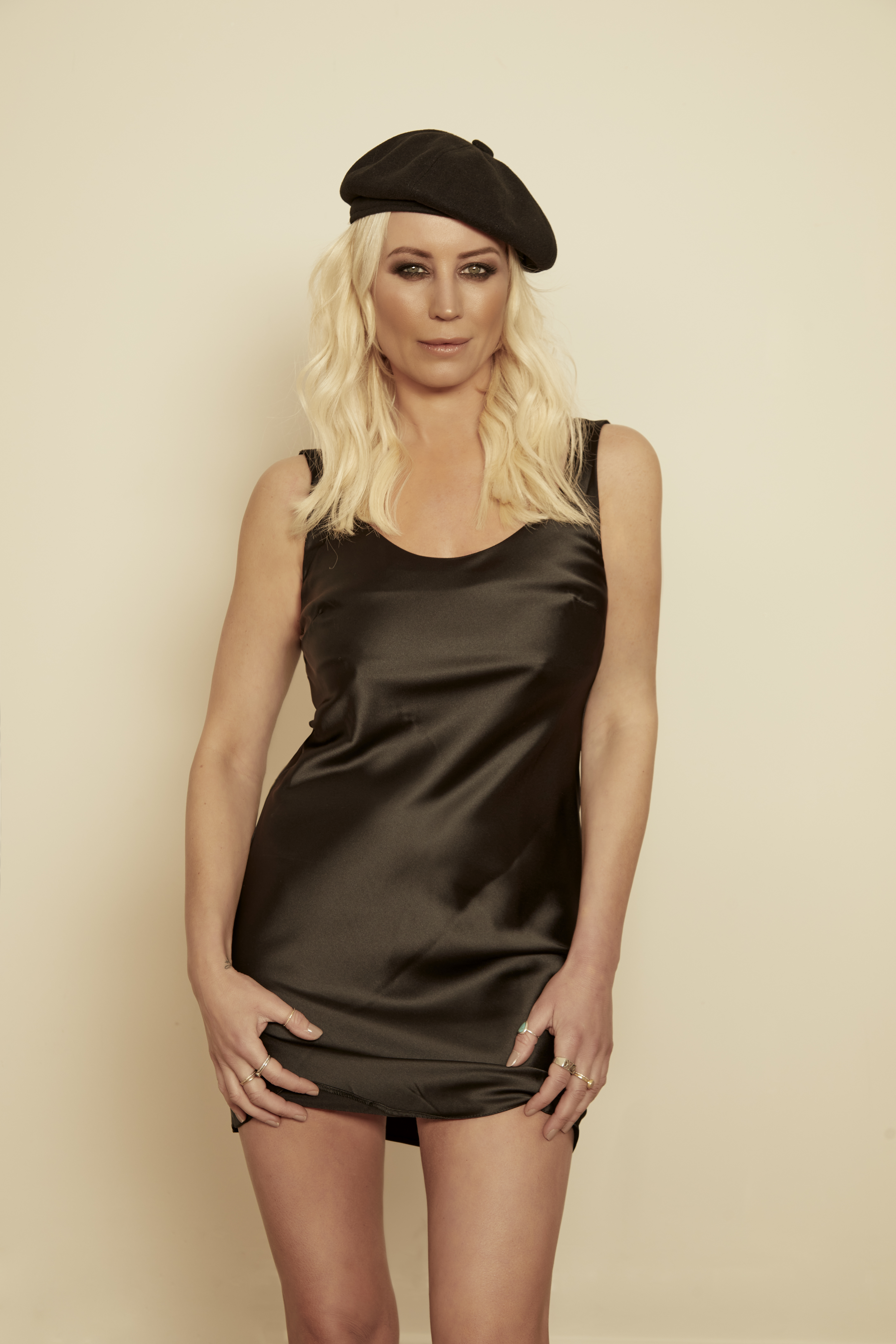 Former Dancing On Ice contestant Denise put out her rendition of the Les Misérables song On My Own in aid of the Make A Difference Trust and is now completing her full record.

When asked if she could replicate Kylie’s success, she told me: “I’ve got the same music producer so I’ve got high hopes.

“If it goes well, brilliant, and if it bombs, at least I’ve still got these nice songs for me to listen to in the car on my own.

“I’ve got a duet that I’m really excited about with another woman.” 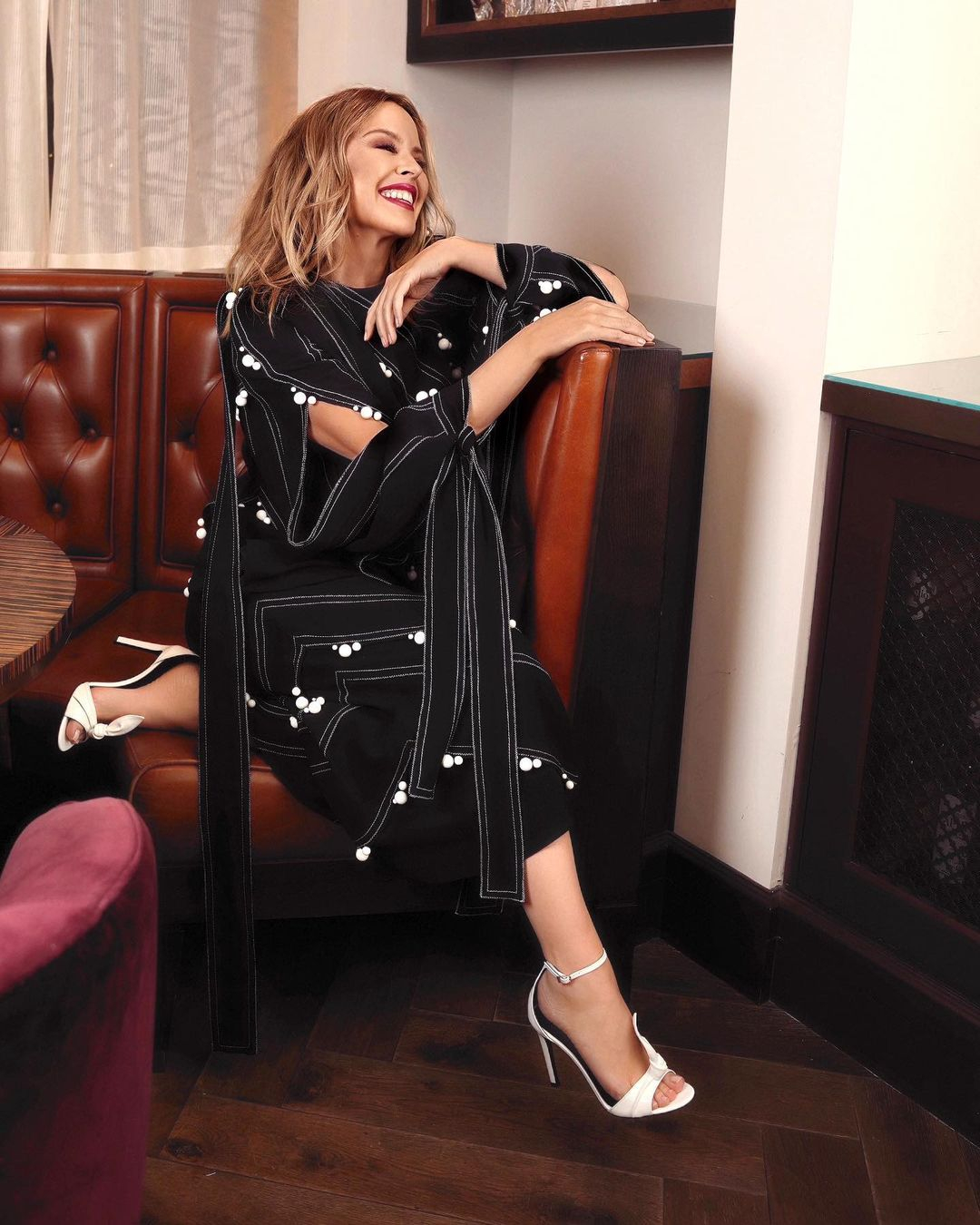 She is juggling that with writing an autobiography and planning her wedding to long-term boyfriend Eddie Boxshall.

Asked if they will get engaged before tying the knot, she said: “I think we’ll just plan a date and do it between us. We’ve had open conversations about it, so there would be no surprise in going, ‘Will you marry me?’

“It’s not like I want a big flashy ring on my finger. It’s like, we’ll do it because it’s a nice thing to do together and to become a family.”

And there is no chance of having kids together, having already got children from previous relationships. 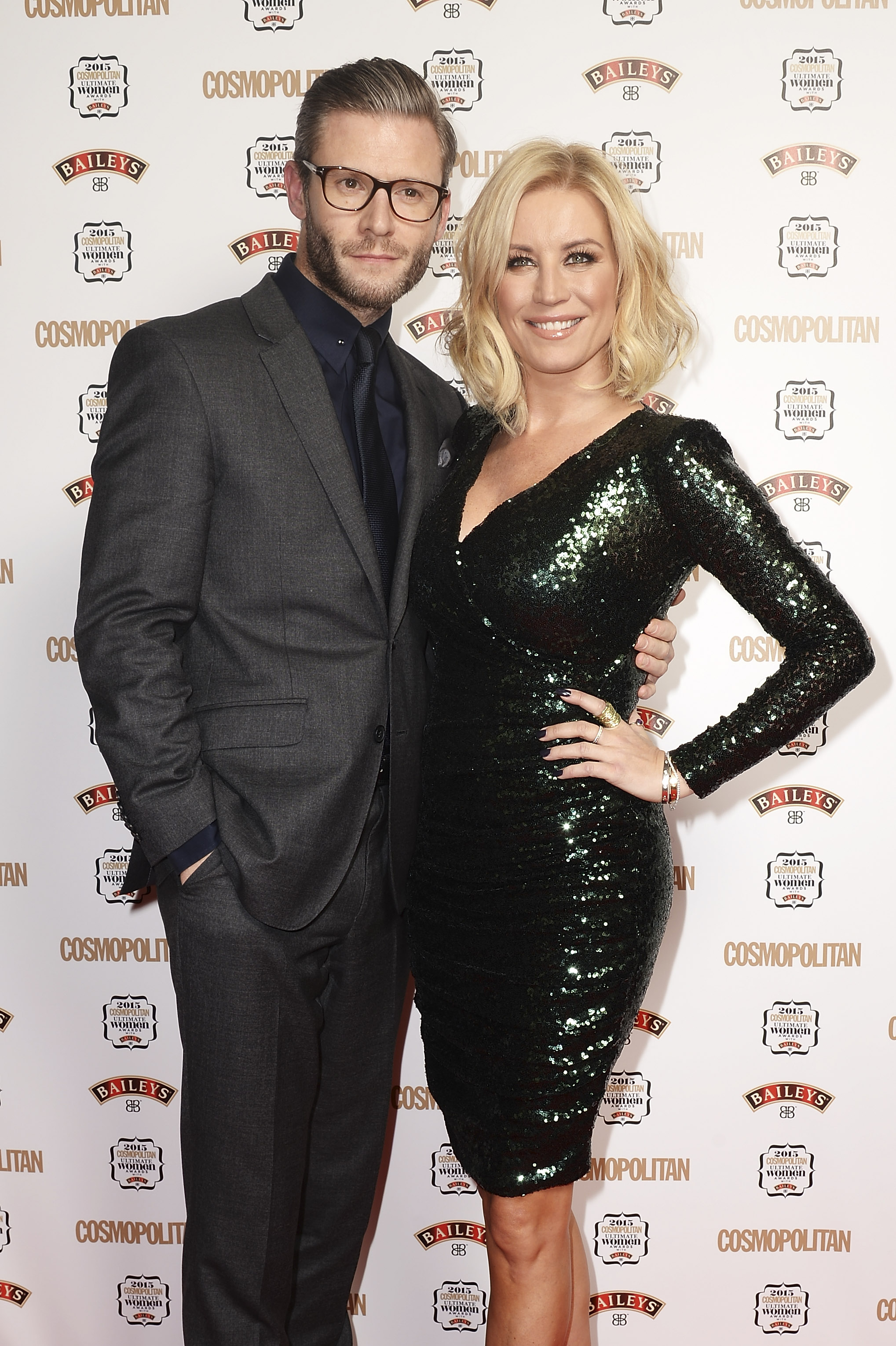 “Not at this age. We sort of flirted with the idea of it two or three years ago but then realised that we have a really nice life.”

After what seemed like an eternity since her last track, Rita Ora is back with four brilliant new songs.

The singer spices things up on David Guetta-produced Big when she says: “Big enough for me to call you papa.” 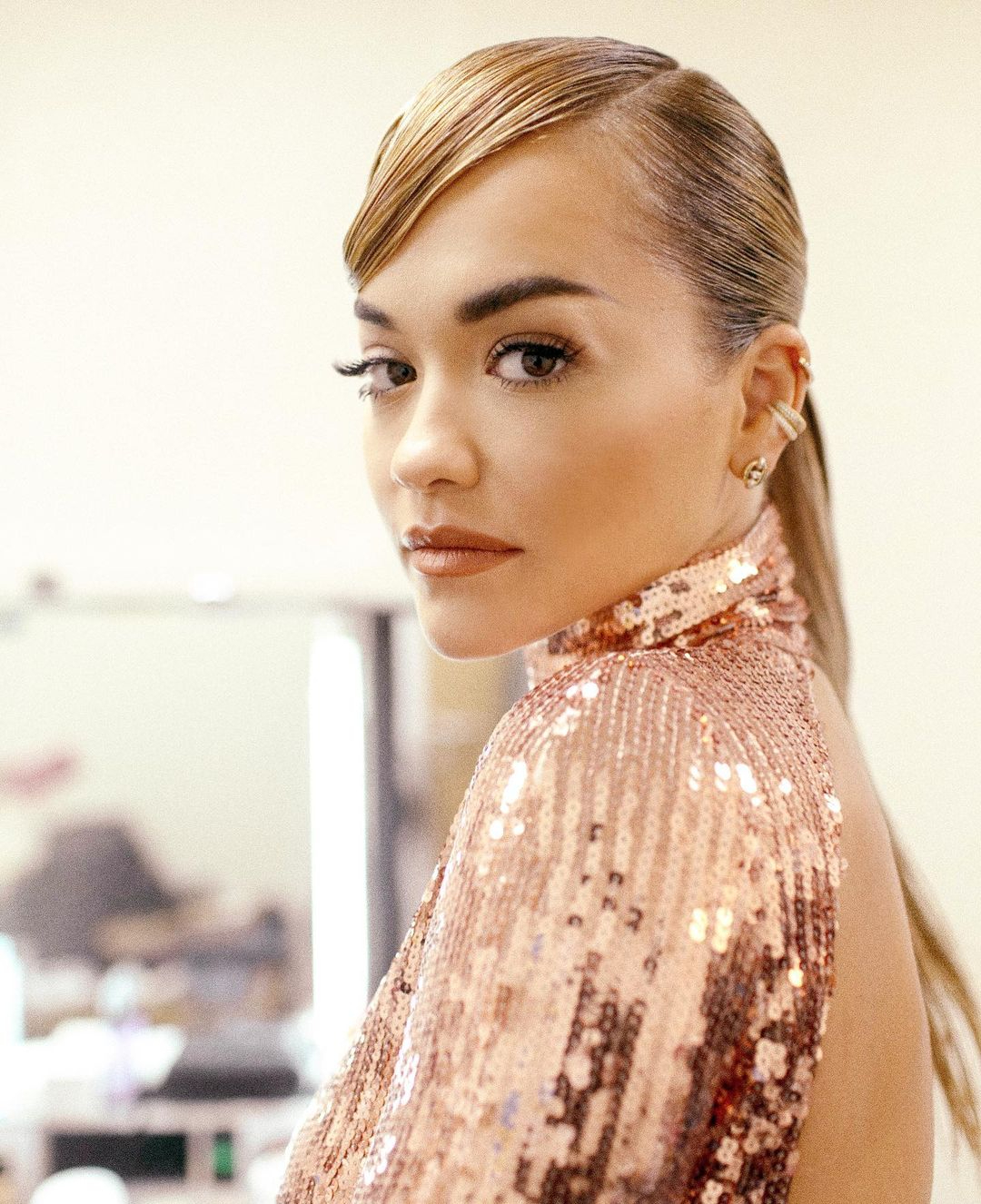 Rita collaborates with rapper Khea in Mood – and yearns for an ex that got away on The One.

The new EP, written and recorded last summer, is her first work since last spring’s How To be Lonely. Today she releases a short film shot in Bulgaria to accompany it.

It pays tribute to the Hot Right Now singer’s Eastern European roots and she wears a traditional Albanian outfit. 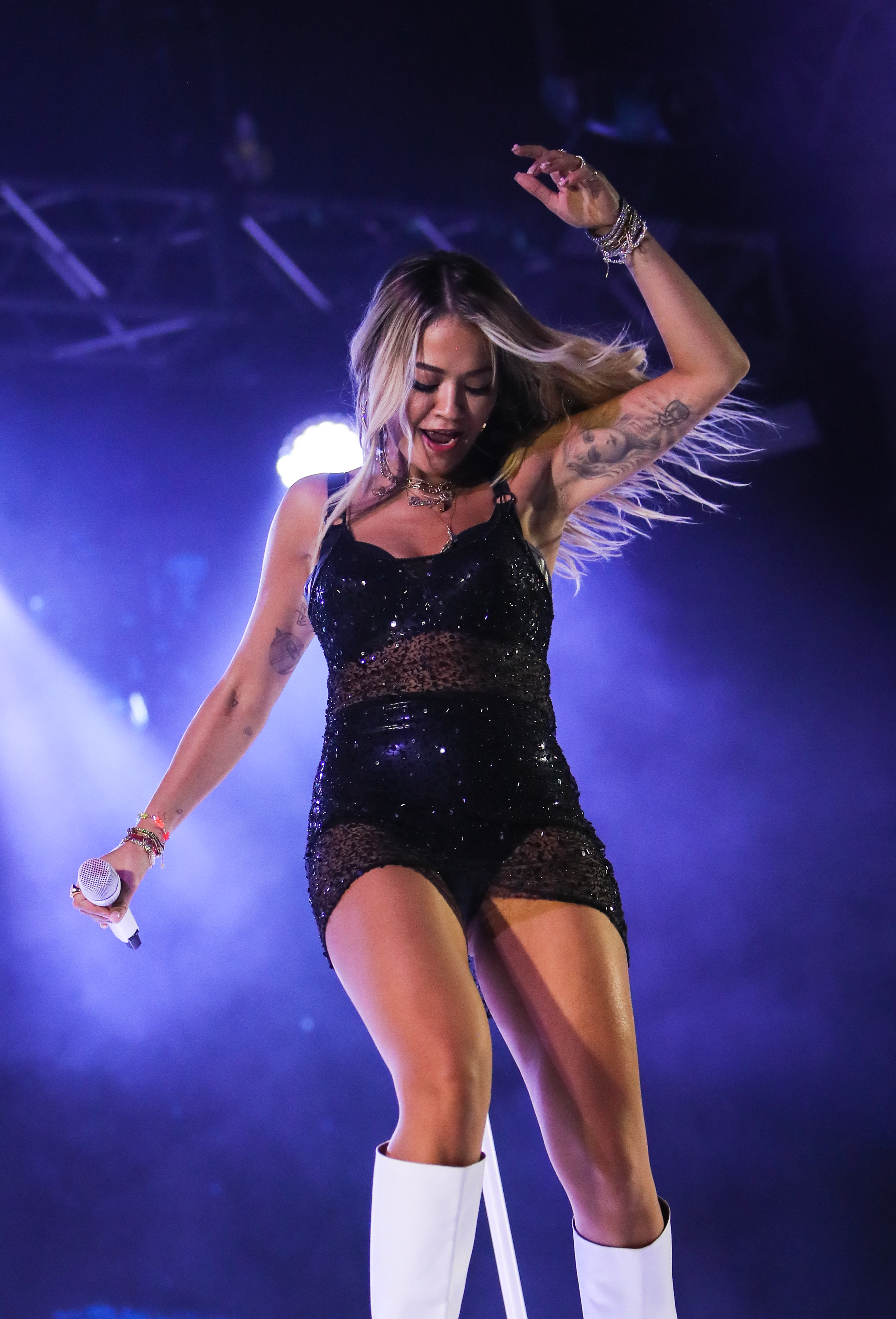 Rita: said: “I’ve done a lot of music videos in my life and this is by far the hardest and most thrilling music video that I have ever done. I wanted to do something visually unique and create a fantasy wonderland movie.”

Rita’s back in the only way she knows how – with impact.

Kourtney is after your reddies

Don’t bother giving Kourtney Kardashian a card for Valentine’s Day . . . she’s only after your card details.

The reality star donned this silky number in an excuse on Instagram to plug her sister Kim’s Ruby Red KKW Fragrance. 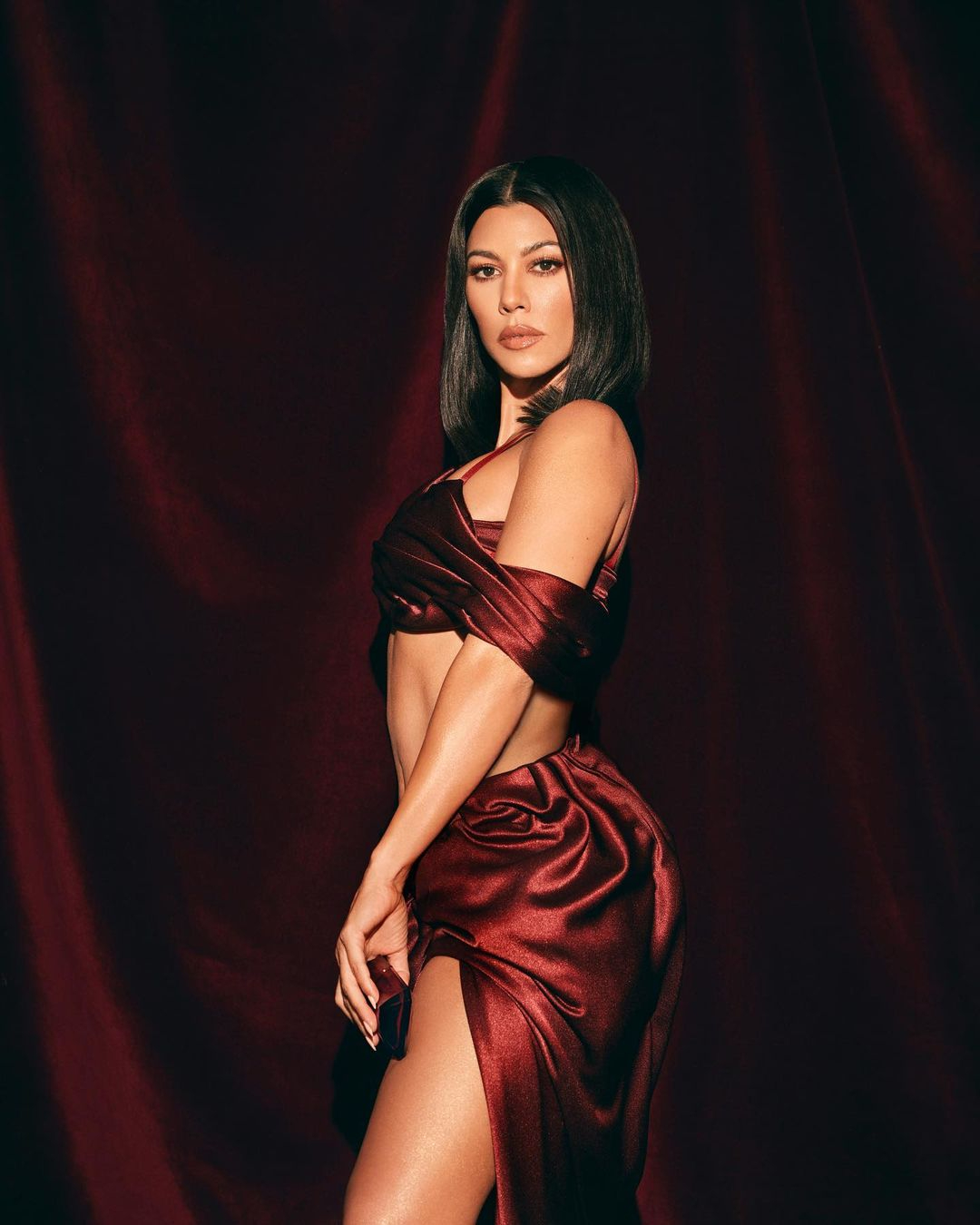 The sisters have had a tough week on social media after Kim commented “somehow in this crazy life we found each other” on a picture of them swimming – clearly forgetting how biology works.

Later, she quietly changed the wording to: “Kourtney lost her earring in the ocean so I helped her find it”, referencing a classic scene from Keeping Up With The Kardashians.

The fact that Kim withstood the shame of a sex tape leak and a 72-day marriage – but considered a dodgy caption a humiliation too far – just proves I will never understand this lot.

Matt Willis had his trademark mole removed just before the third lockdown – after growing sick of looking at it.

The Busted rocker said: “It’s vain. I had a mole removed recently from my face. 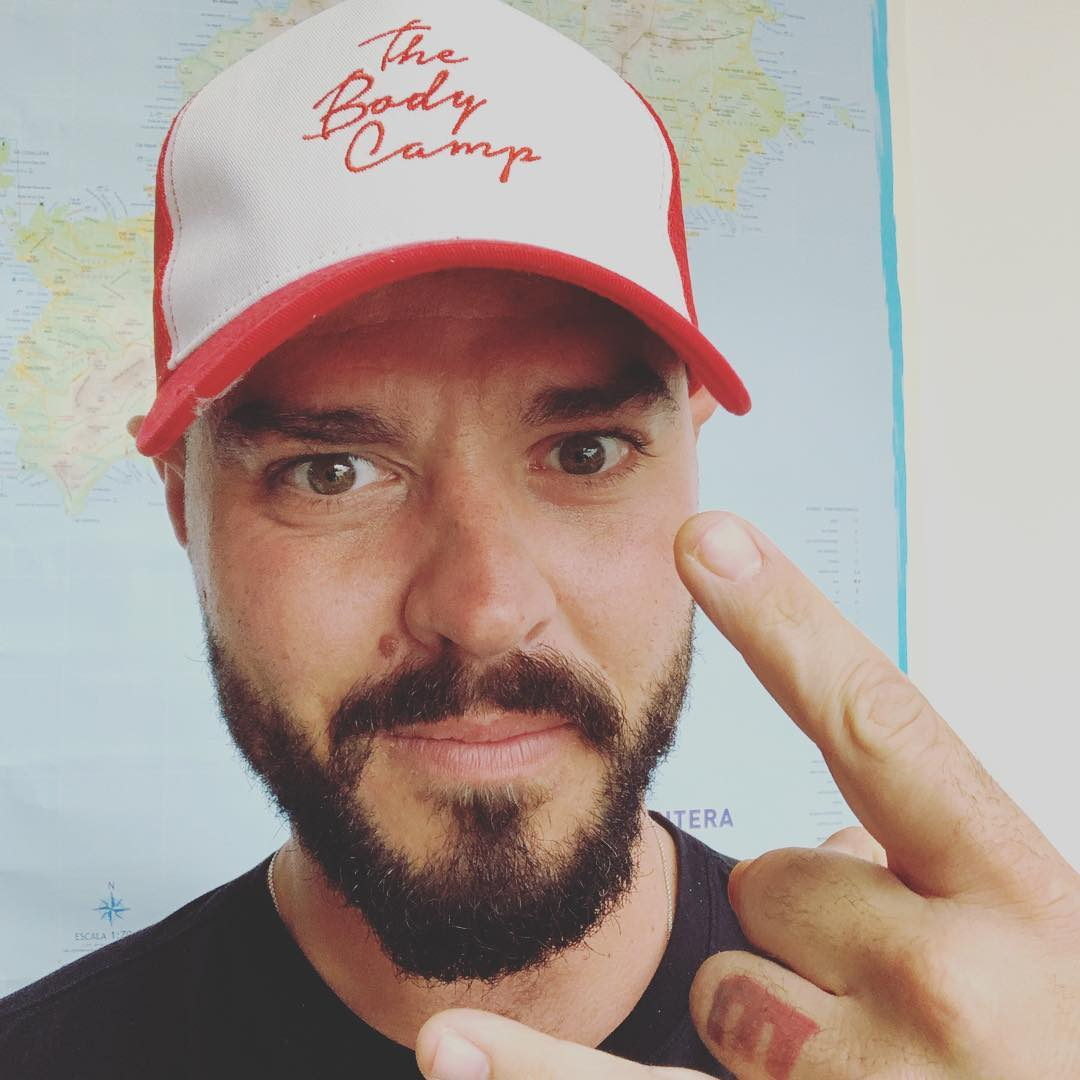 “I had some Busted fans occasionally draw pictures of us, and send us these pictures and some of them are f***ing hilarious. Every one of me has this Malteser on my face.

“Every first audition and second audition at the moment for acting is via a self tape at home, so you film yourself. I watch them back and I’m looking at this f***ing mole on my face. The older I’ve got, the hairier it’s got.”

Matt, who is married to The Voice host Emma, said he wanted to address his decision rather than wait for people to notice – like Enrique Iglesias did after undergoing a similar procedure.

Speaking on the podcast The Secret To . . . with Vicky Pattison, he added: “I had enough and just before this lockdown I went, ‘Right, let’s get rid of that bad boy’. 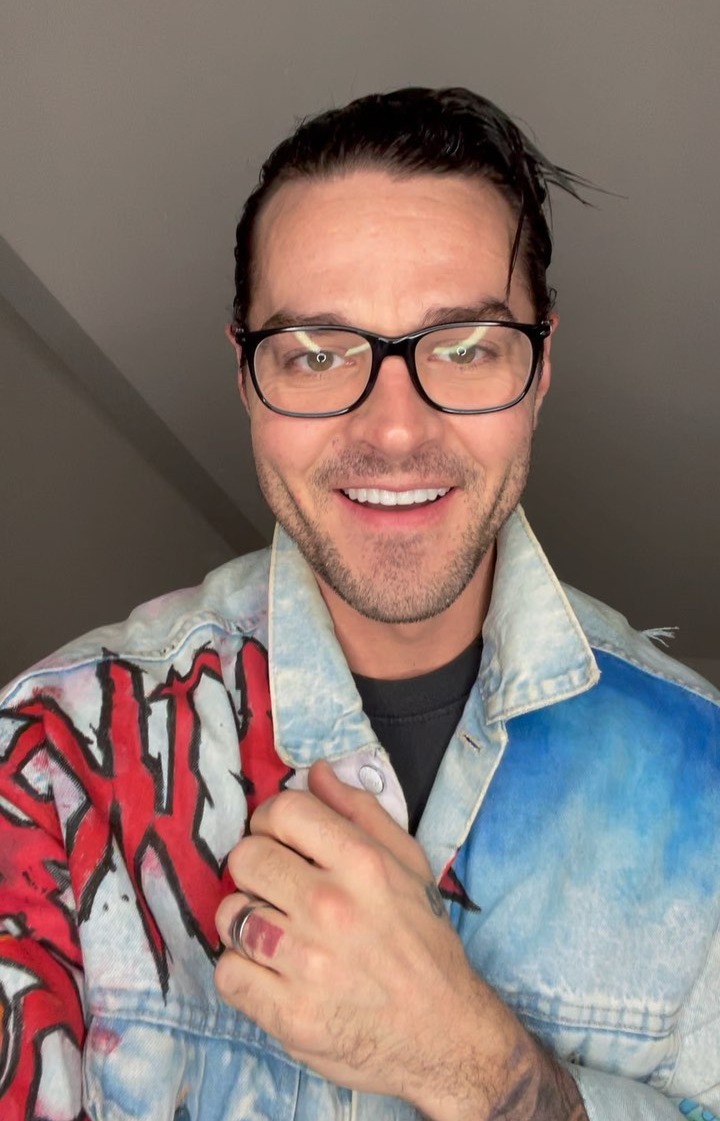 “I don’t know why I’ve said that. I shouldn’t have told anyone that, I should’ve Enrique Iglesias’d that and kept it to myself.”

This pic is a bit demure for Cardi B given her usual antics.

She posed in a bra and a strange hairdo with dolls’ heads for the video to single Up, which is expected to become a new entry in the Top 20 later today. 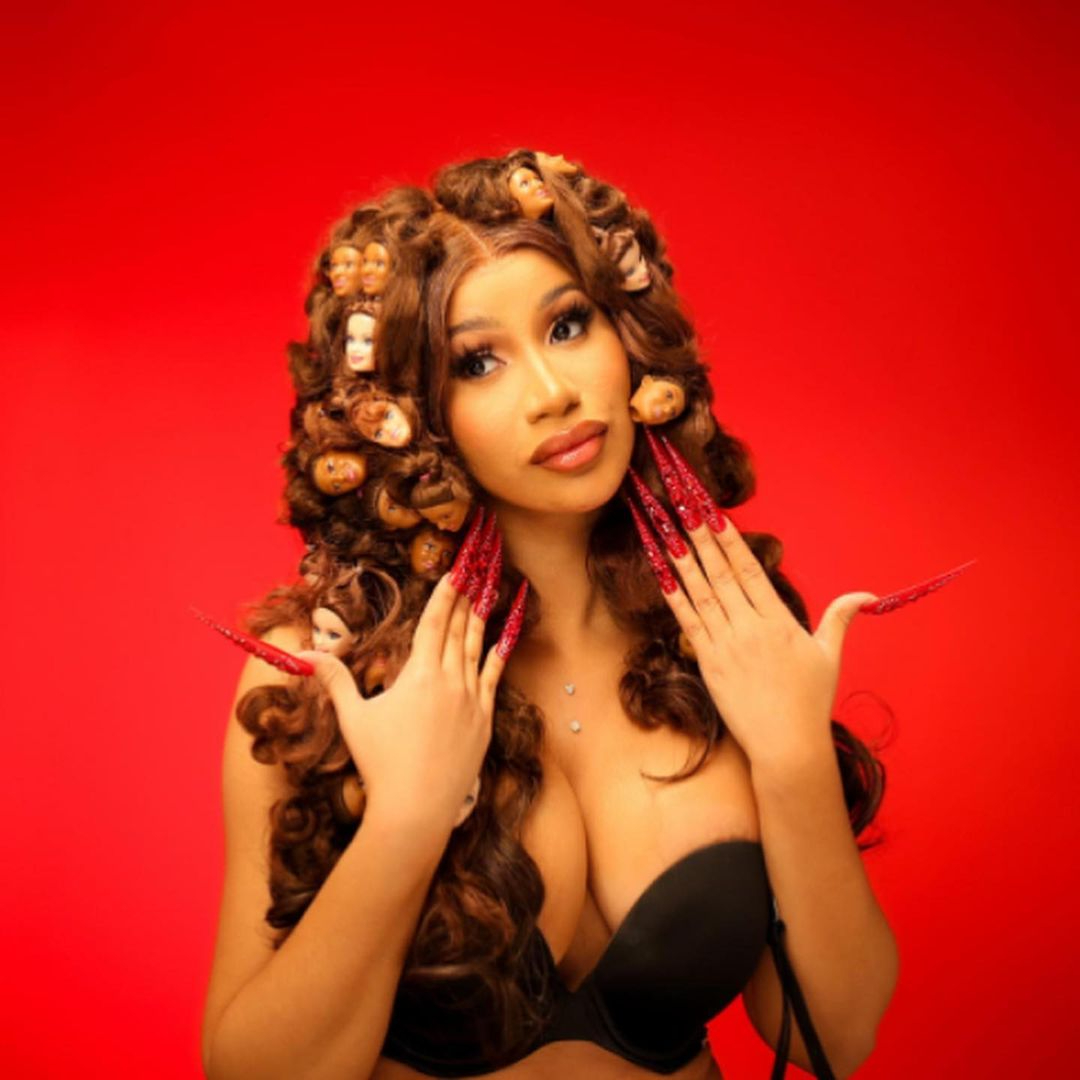 In the song she carries on the racy theme of her No1 track Wap, once again rapping about her private parts.

Cardi also gyrates on top of a man in a graveyard and snogs another woman.

There is not much she can do to shock me now.

Scarlett down in dumps

The former Gogglebox regular says the wintry weather is making her chihuahua Bonnie refuse to go outside to do her business – causing a messy situation indoors. 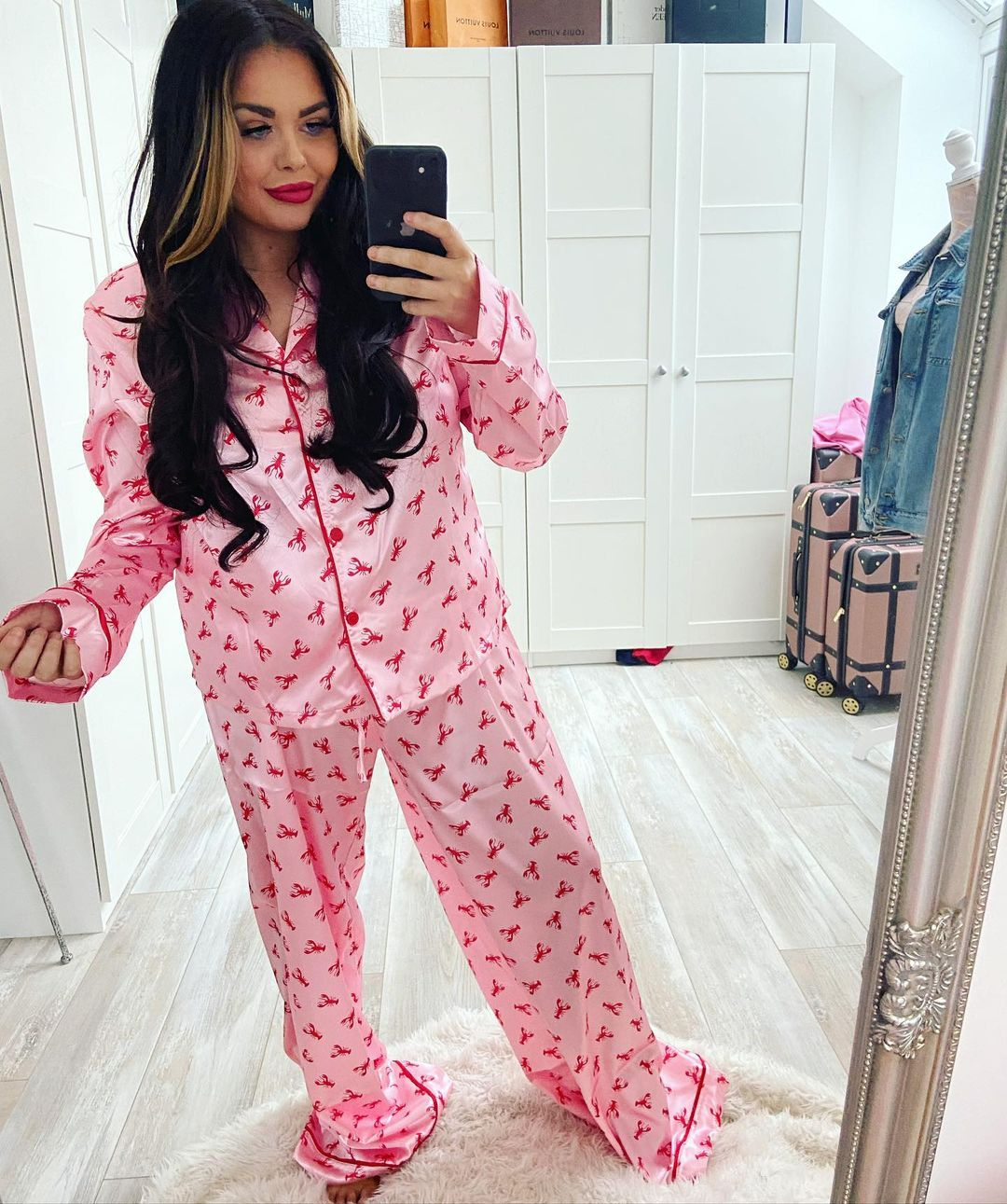 She said: “I’ve had to clean a lot of poo up in the house because she refuses to go outside in the snow.

“So basically the living room is a litter tray.”

But the 2016 I’m A Celebrity winner is not coping much better with being stuck at home.

On Radio 1, Scarlett, who is living with her boyfriend, police officer Scott Dobinson, said: “I forgot what it’s like just to socialise. I feel like I need to retrain myself in social cues. 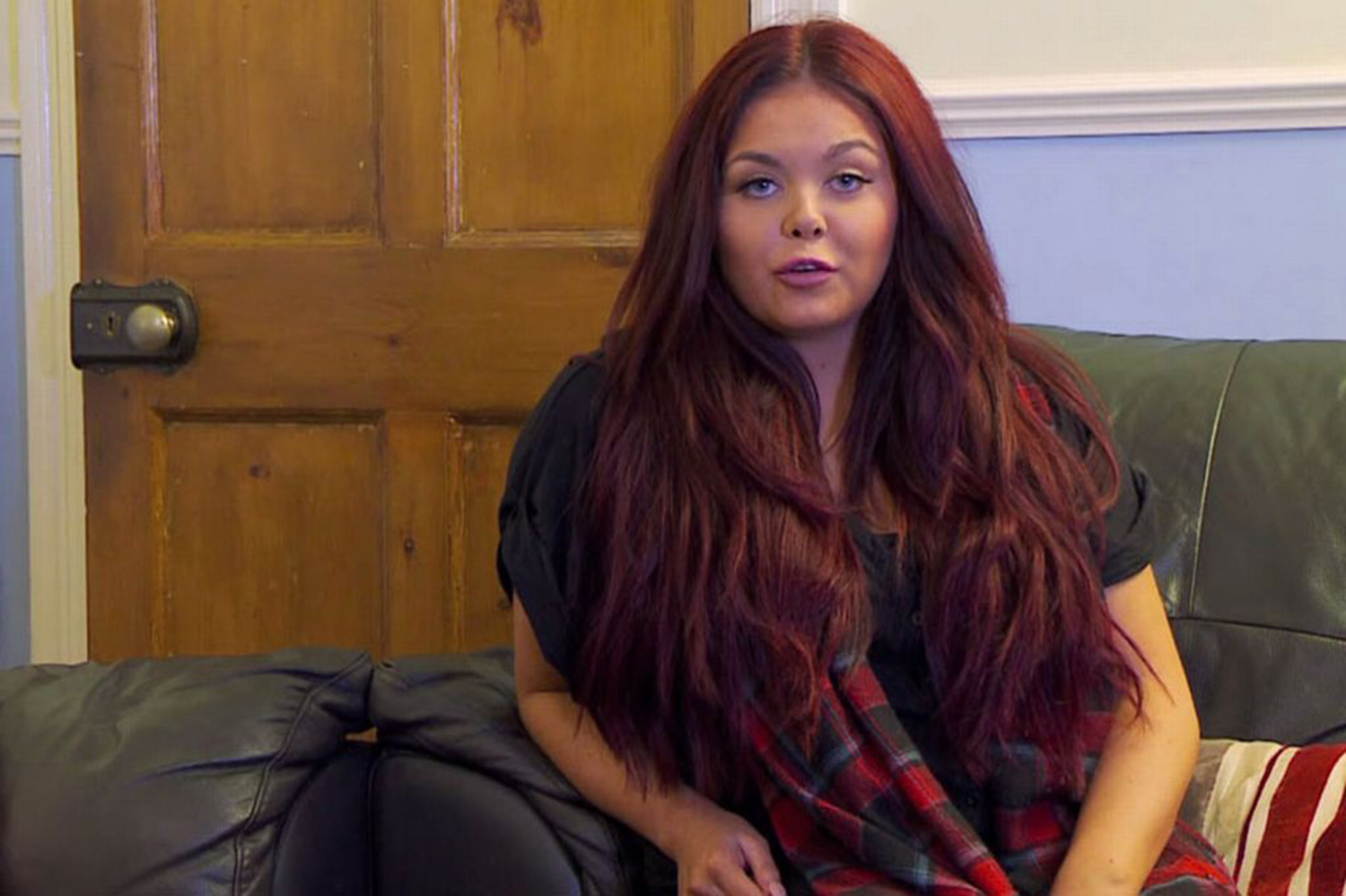 “My boyfriend was like, ‘Scarlett, you do know that when you’re out and you’re eating food, you can’t just sporadically fart?’ I was like, ‘Don’t worry, I won’t do it when I’m around other people’.

“I feel like I’ve reverted back to how I was when I was in I’m A Celebrity. I’m pure feral.

“I haven’t washed my hair in two weeks. My hairdresser keeps messaging me like, ‘Your hair still looks decent’. And I’m like, ‘It’s just pure grease holding it together’.”

Lewis Capaldi will soon have the perfect lockdown pad after getting the nod for a major extension on his £1.6million mansion.

The Someone You Loved singer bought the home and accompanying island on the outskirts of Glasgow in 2019 and has now been given the go-ahead to develop it. 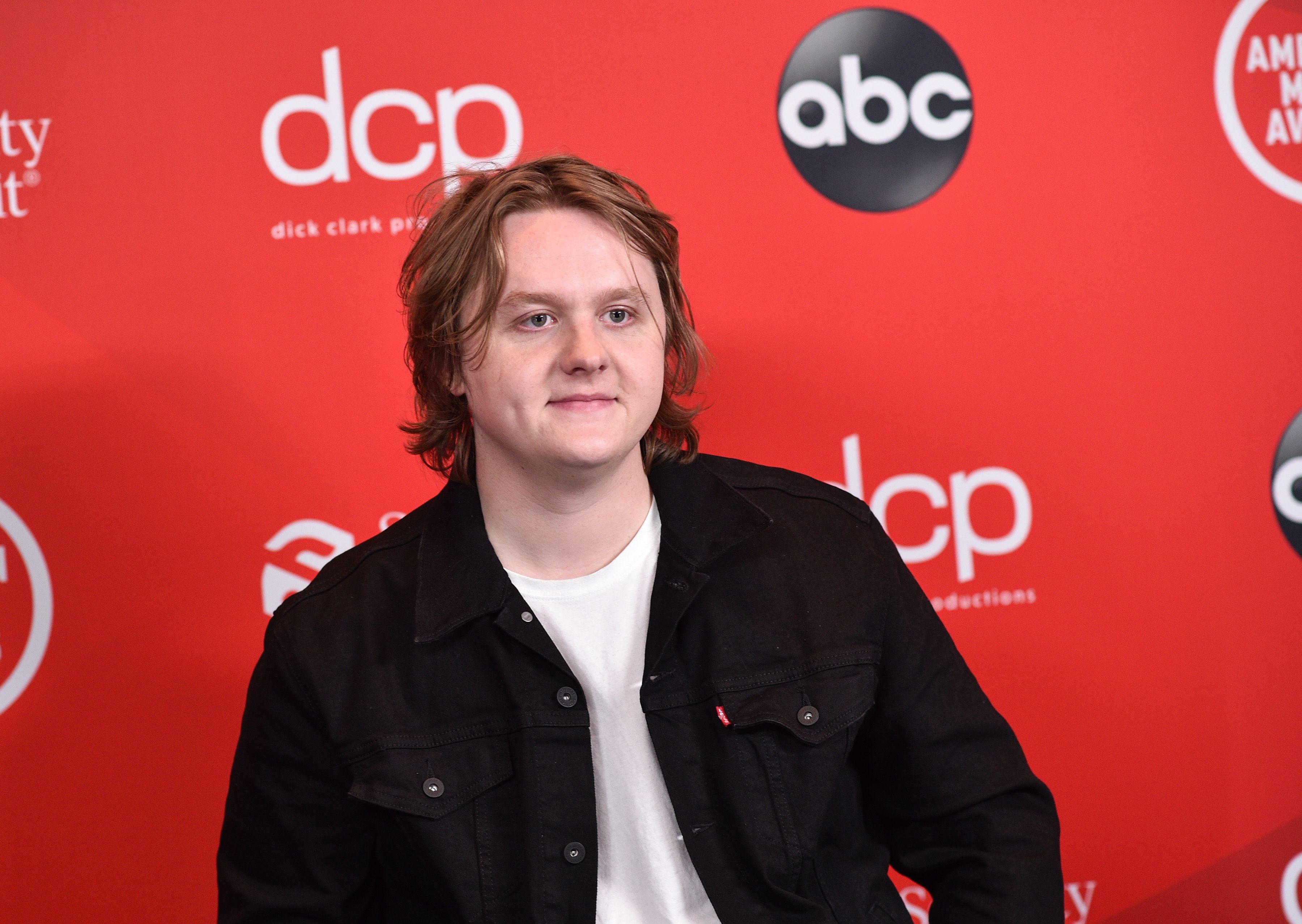 The converted farmhouse has five bedrooms but plans will involve stables converted into a gym and more places to sleep.

He is also hoping to build a cinema and an expanded master bedroom.

As one of the best-selling artists of the last couple of years, he deserves to splash out on something special.

Kristen Wiig appeared to confirm she secretly got married to actor Avi Rothman when referring to him as her husband.

The Bridesmaids actress, who welcomed twins with him via surrogacy last June, said: “In my home, I am very lucky about having these two babies and my husband.” 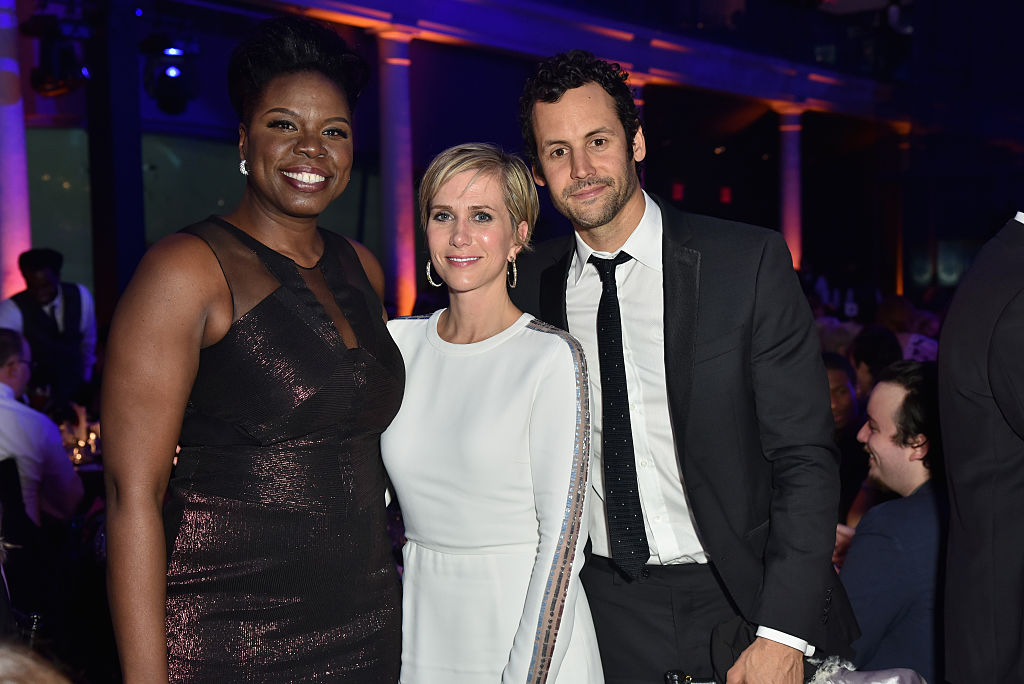