Tayshia Adams has yet to be fully announced as the next Bachelorette lead after Clare Crawley supposedly leaves the show to be with Dale Moss.

However, producers did tease that this was an option for them during last night’s preview for the season, as a limo pulls up just as the men ask if they are getting a new Bachelorette.

While Reality Steve has done a good job spoiling Clare’s season of the show, little has been said about Tayshia’s season.

Of course, Tayshia hasn’t been fully announced yet as a Bachelorette star, but she still managed to film a whole season at the La Quinta Resort.

As the episode was airing last night, several of the guys were quick to post about their Bachelorette experience.

But one guy didn’t – Brendan Morais. And it didn’t take long for fan accounts to bring up that fact.

@bachelorteadaily revealed that Brendan had not posted anything, making them wonder if that was because he was the finalist on Tayshia’s season. 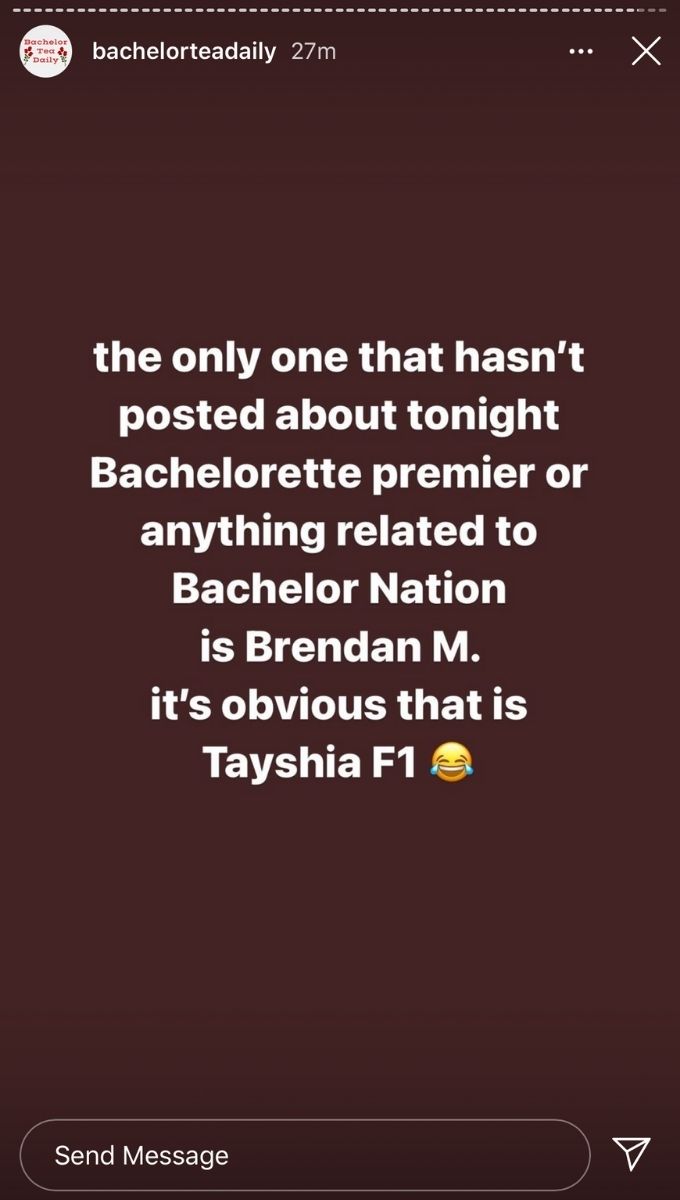 In case you don’t remember what Brendan looks like, here’s his ABC casting photo. His Instagram is packed with modeling photos, but no mention of The Bachelorette. 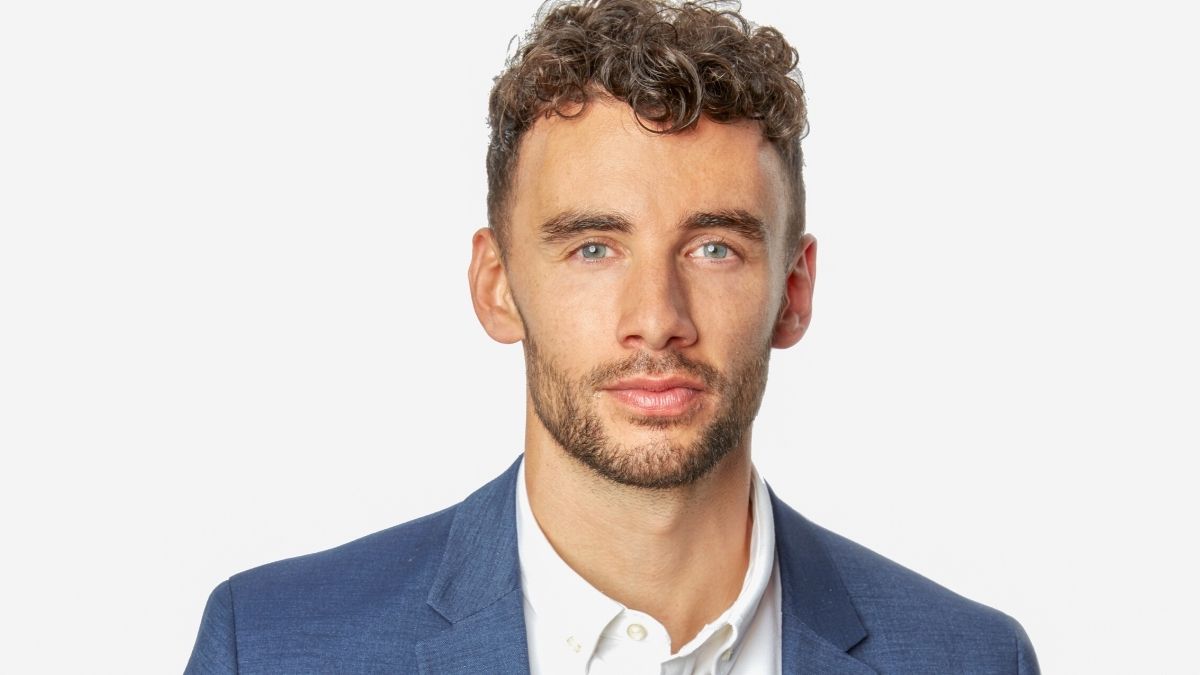 It could have been a timezone thing, but late last night, Brendan did post a single photo of him meeting Clare. He revealed that he regretted not wearing a turtle neck instead of a bowtie. He mentioned nothing about Clare. 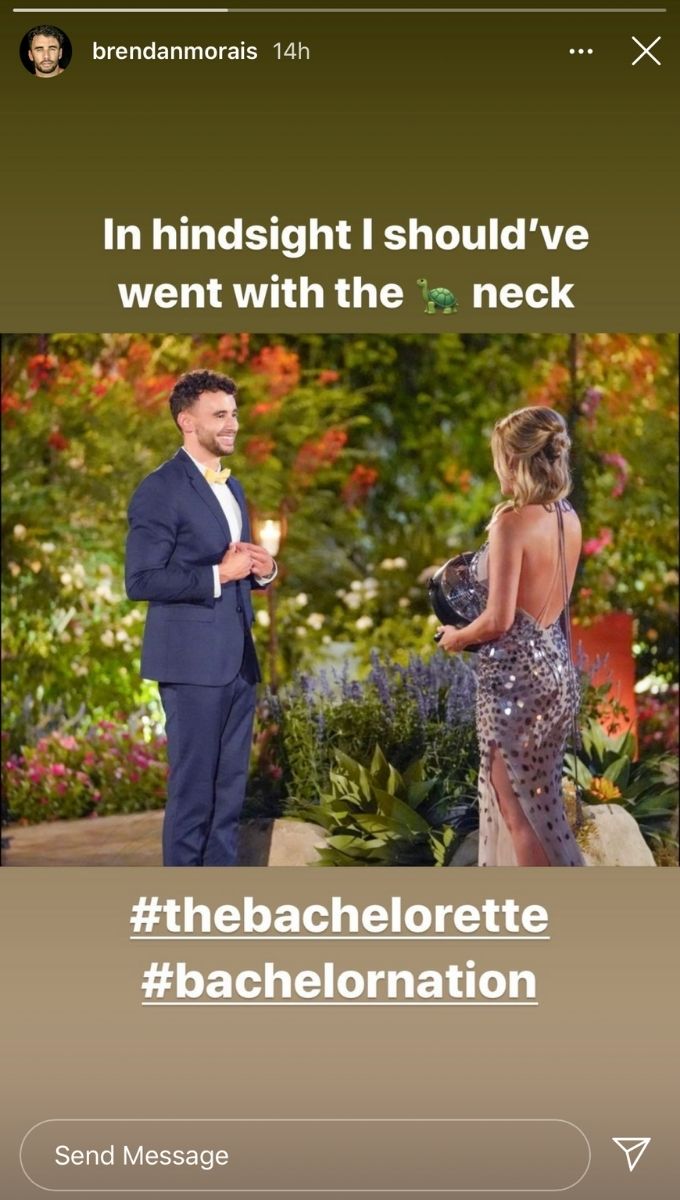 Is it possible that production asked him to post something for the premiere, even though he is currently with Tayshia? Yes, anything to throw people off.

Tayshia Adams hasn’t revealed any news about her season

Tayshia hasn’t said anything about her season. In fact, she never even confirmed that she was at the resort in La Quinta, even though photos have surfaced of her walking around the location.

At this point in time, we don’t know how everything will unfold for her.

Tayshia was previously married before she went on The Bachelor to find love with Colton Underwood. She has admitted that she wanted it to work out so badly and getting a divorce was not on her priority list.

There have been rumors that Tayshia was always meant to replace Clare. New rumors suggest that producers knew that they would need to replace Clare at some point, keeping Tayshia in quarantine for a while in La Quinta, while they worked out the details.

The Bachelorette airs Tuesdays at 8/7c on ABC.