Richard, Frances, Elizabeth and Alec were the four The Chase contestants hoping to pocket some cash on today’s episode. Accompanied by ITV host Bradley Walsh, it was Elizabeth who was first up this evening to face on one of the five formidable quizmasters known as the Chasers. And despite insisting she’d like to take on Shaun Wallace, it was instead Mark Labbett who was unveiled as today’s challenger – although he couldn’t resist a swipe at his co-star as came face-to-face with Elizabeth.

Elizabeth, a learning support assistant and animal enthusiast, got off to a respectable start in today’s The Chase.

The pressure of being first up didn’t seem to get to her as she racked up £5,000 in cash-builder.

Keen to see who she’d be up against, Bradley began reeling off the possible Chasers – with a cheeky swipe or two along the way.

When it got to Shaun, Bradley said: “Will you be playing the Dark Destroyer? And for anyone at home who’s reading his autobipgraphy, WAKE UP!” 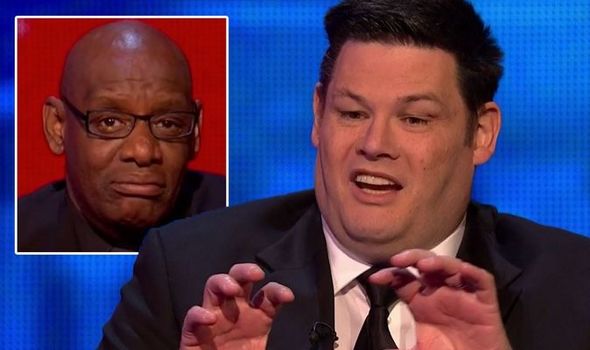 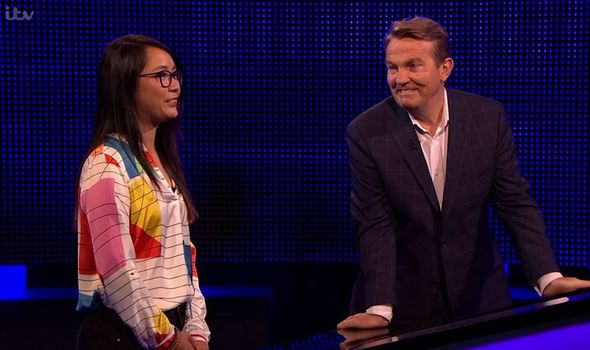 The ITV studio let out a laugh at Bradley’s ‘boring’ jibe, although Elizabeth was quick to defend the quizmaster.

“I’d like to take on Shaun,” she told Bradley. “Because I think he’s a really nice guy.”

Keeping up the act, Bradley continued his joke as he interjected: “Boring though.”

“No, he’s lovely,” Elizabeth protested but Bradley repeated himself as he kept on teasing the player: “Boring though?” 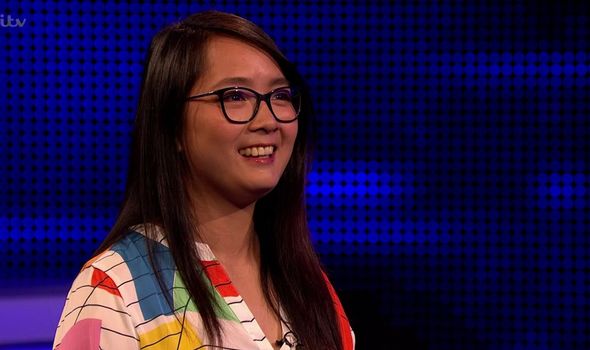 “Maybe a little bit,” Elizabeth joked before Bradley revealed which Chaser would be taking to the table.

Out stepped Mark, a Chaser Elizabeth seemed less than optimistic about facing as she let out a “no” as he walked towards her.

As he took his seat, Mark decided to join in with the joke and took aim at his fellow Chaser.

“Good afternoon, Eizabeth,” he began. “I’m glad you think Shaun is so lovely, I’m sure he is but none of us can stay awake long enough to find out.”

The jokey swipe went down well with Bradley as he turned to the contestant and agreed: “Indeed.”

Luckily for Elizabeth, she manged to make it back to the Final Chase with her £5,000 after defeating Mark in their head-to-head.

Second up was Alec, who similarly racked up £5,000 in his cash-builder.

And just like Elizabeth, he made it back for the Final Chase with Frances up next.

Frances earned an impressive £7,000 in her cash-builder and made it three out of three for the Final Chase.

Sadly for final player Richard, he was caught by Mark, leaving the trio to face off one final time.

And after achieving 19 steps in the Final Chase, the odds looked in their favour.

However, Mark was in fine form – but it wasn’t enough as he only managed to get 18 steps before the timer ran out, meaning today’s players went home with their share of £17,000.

The Chase continues weekdays at 5pm on ITV.