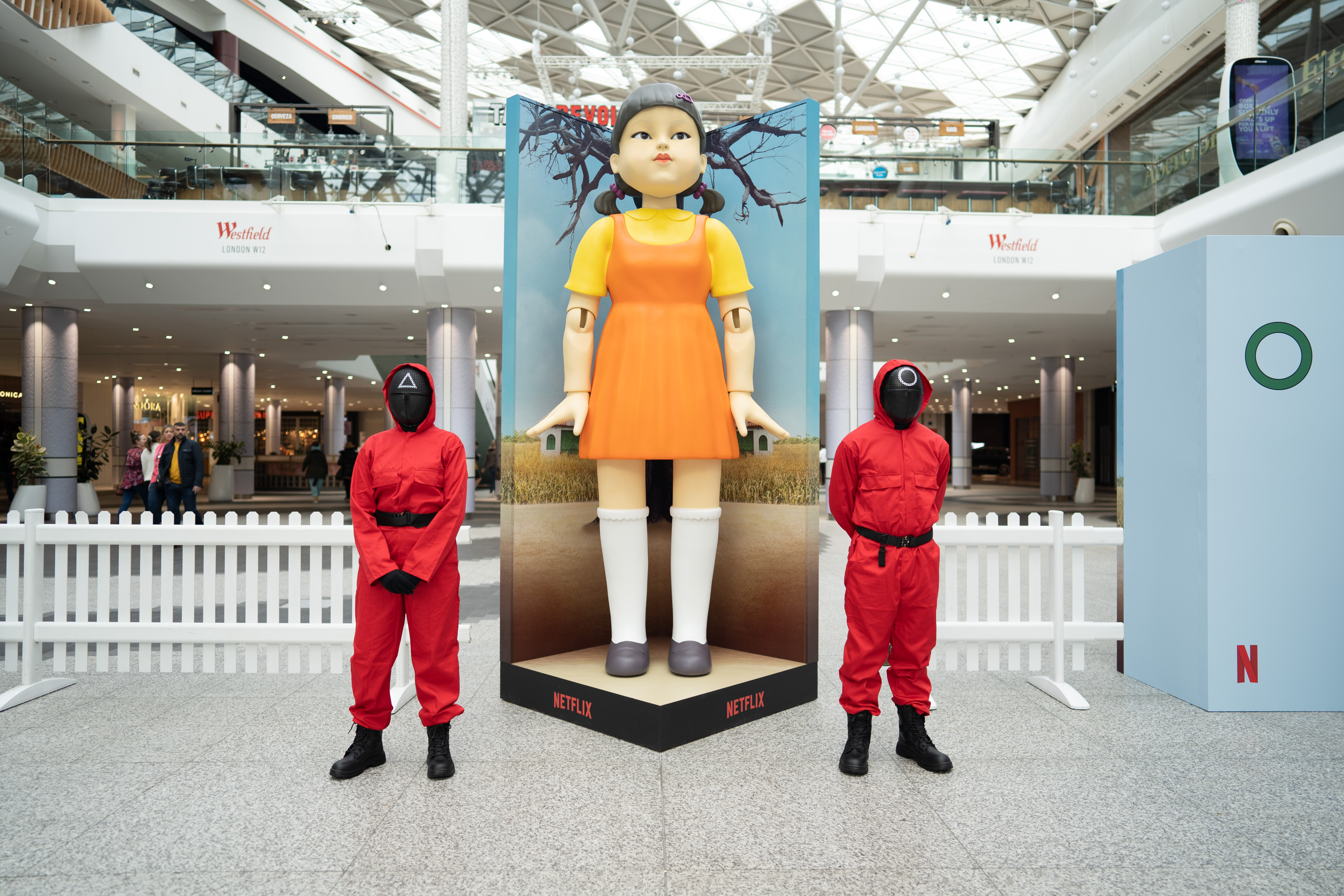 Just FYI, there’s a replica of Squid Game’s central animatronic doll knocking about the UK, if you want to go and delight/scare (delete as appropriate) yourself.

As part of an interactive experience, adult fans (Netflix stresses that as the show is rated 15+, the real-life experience is for over 16s only) were able to ‘meet’ the fully functioning three-metre-tall doll, complete with moving light-up eyes and singing capabilities.

Viewers in the shopping centre were offered the chance to capture photos and videos of the doll in action, as well as an opportunity to interact with accompanying Squid Game costumed guards (the streaming platform was clearly anticipating the show’s popularity as a potential Halloween costume choice).

Complementary circular cookies, carved with different shapes from the series, were also handed out to guests.

Although the doll has now vacated London, fans have not missed out on their only chance to encounter her and experience Netflix’s pop-up event, as there are two further appearances scheduled.

After kicking things off at Westfield on October 31, the doll is also due to appear at Manchester’s Trafford Centre on Saturday November 6, as well as Birmingham’s Grand Central Station on the same day.

Squid Game has been one of the small screen success stories of 2021, smashing records on Netflix to become the biggest series launch in the streaming platform’s history.

The nine-part Korean drama, which locked contestants in dire need of money into traditional childhood games with deadly consequences for the losers, was watched by over 111 million viewers worldwide in its first 28 days of release – outdoing even Bridgerton, which nabbed 82 million views at the end of 2020.