Home » TV & Movies » The Crown disclaimer: 9 things which are true from The Crown

The Crown: Dowden says Netflix drama should have a 'warning'

Netflix drama The Crown has led to many raised eyebrows this year after season four arrived. The latest series focuses on Margaret Thatcher’s (played by Gillian Anderson) relationship with Queen Elizabeth II (Olivia Colman) as well as Prince Charles (Josh O’Connor) and Princess Diana’s (Emma Corrin) disastrous marriage, among other events. However, the show has become the subject of a row with some suggesting the series should come with a disclaimer at the start of every episode confirming it is a drama and work of fiction.

The culture secretary Oliver Dowden recently shared his fears about a whole generation of viewers believing everything they saw on screen was real and took it for gospel.

However, Netflix responded to the criticism, saying it was confident its viewers would understand The Crown was a drama rather than a documentary.

Netflix went on to say it would not be adding any disclaimers to the show.

The Crown has always been a drama and broadly speaking it follows history facts.

Creator Peter Morgan has brought drama to the show by filling in the gaps with creative licence to create a narrative.

In the foreword to The Crown: The Inside History volume one by the show’s historical consultant Robert Lacey, Morgan writes: “What is real? And what is imagined? What is truth, and what is fiction?

“It’s become clear that so many viewers, while watching The Crown, did so while scrolling though the pages of Wikipedia, searching for answers to these questions.

“It was an extraordinary pleasure to write The Crown, to anatomise the many vivid characters and events that make up the story in the years 1947 to 1955. But it was sheer agony to condense 10 dramatic event-filled years of history into just 10 hours of television.” 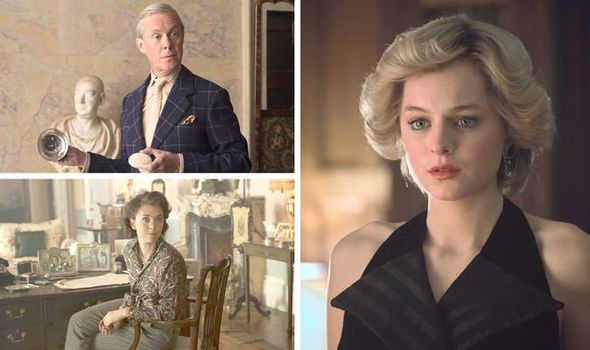 We will use your email address only for sending you newsletters. Please see our Privacy Notice for details of your data protection rights. Royal warning: Minister demands The Crown comes clean with viewers

Morgan goes on to say how in his book Lacey separates fact from fiction, which clearly suggests this is a piece of drama and artistic licence has been employed on his part.

Viewers and the public will never know the absolute truth about what happened because the very nature and protocols of the Royal Family means the institution is notoriously guarded both in terms of its opinions as well as being private.

Ultimately, only the Royal Family will ever know the warts and all truth about the events depicted in The Crown.

Morgan draws his own conclusions from accounts and facts, using these to build a story, such is the nature of writing about any real person.

The simple fact is viewers will never know fully what the truth is. But there are many well-documented events which are true and featured in The Crown – here are some of them. 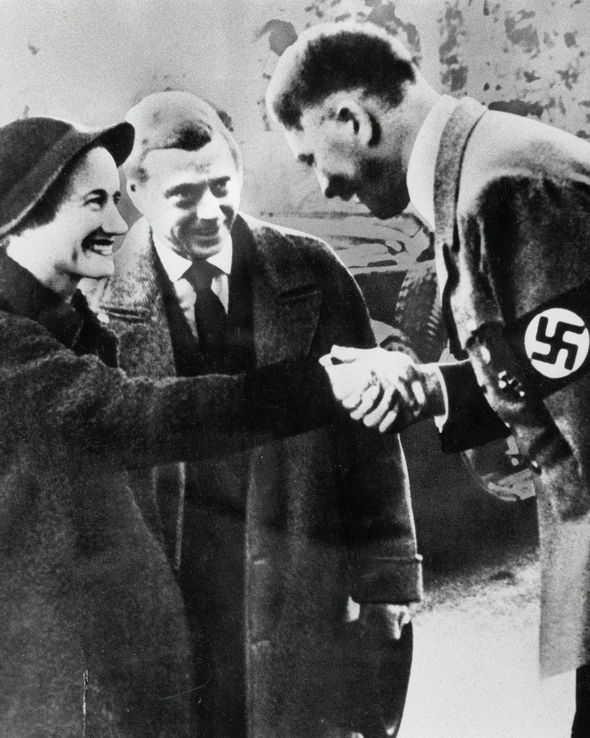 1. The Duke of Windsor did have links to the Nazis

Season two of The Crown featured an episode exploring the Windsor File, information pertaining to the Duke of Windsor (Alex Jennings) and his links to Adolf Hitler and the Nazis which were held within a larger body of documents known as the Marburg Files.

Within these files, which had been written by people working close to the Duke as well as German agents, contained a plan to reinstate the Duke on the British throne after taking over control of the nation.

In the file, the duke was perceived to be ambivalent towards the war and a Nazi sympathiser.

There are also several photographs of the Duke and his wife Wallis Simpson (Lia Williams) meeting with Hitler with the couple visiting the dictator in 1937.

2. Prince Charles and Camilla did have an affair

While no one will ever know the ins and outs of the extramarital relationship between Prince Charles and Camilla, the Duchess of Cornwall, the undeniable fact is the pair did have an affair.

Their affair was well-documented long before The Crown – in fact, the Netflix drama went so far as not feature the sordid details of the so-called tabloid scandal known as “Tampon-gate”.

Prince Diana in her 1995 interview with BBC journalist Martin Bashir remarked: “Well, there were three of us in this marriage, so it was a bit crowded.”

She also said how she confronted Camilla over the affair, which was well aware was going on. Diana said: “I know what’s going on between you and Charles and I just want you to know that.”

Beyond this though and whether Prince Charles called Camilla everyday or not remains an unknown, along with other details which may feature in the show. 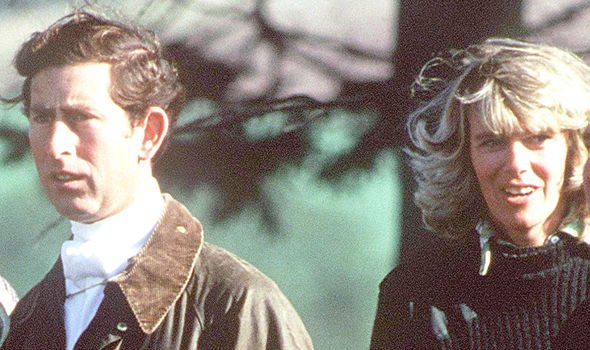 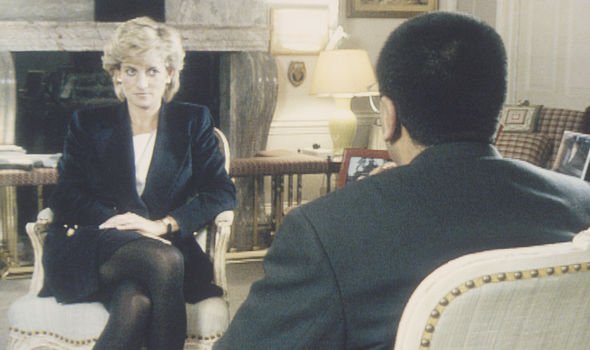 3. Princess Diana did have an eating disorder

During her life, Princess Diana did address her eating disorder which she said he developed amid a “chubby” comment from Prince Charles and her wedding.

She spoke about her eating disorder in a series of tapes during conversations with author Andrew Morton who published Diana: Her True Story, a damning book about the princess’ life as a member of the Royal Family.

Separately, in an interview from 1995, she said: “You inflict it upon yourself because your self-esteem is at a low ebb, and you don’t think you’re worthy or valuable.”

Princess Diana described bulimia as a “secret disease” and one which she hid from the Royal Family.

4. Princess Margaret was not allowed to marry Townsend

The tension between love and duty has been a theme running throughout The Crown, but it is based in real events – not only with King Edward VIII’s abdication from the throne to marry Wallis Simpson but later Princess Margaret’s (Vanessa Kirby) relationship with Group Captain Peter Townsend (Ben Davis). More recently, it appears this parallel has been drawn to Prince Charles and Camilla.

Princess Margaret sadly broke off her romance with Townsend with the lovers very much torn apart by politics and protocol.

Despite receiving backing from some newspapers at the time, Britain was still a conversative country in the 1950s and people in high public positions were expected to set an example on moral standards.

All of this very much happened including Townsend being packed off to Brussels for a couple of years with those around them hoping it would lead to a weakening of affection between the lovers.

Princess Margaret did give up her relationship with Townsend and continue to serve as a member of the Royal Family. 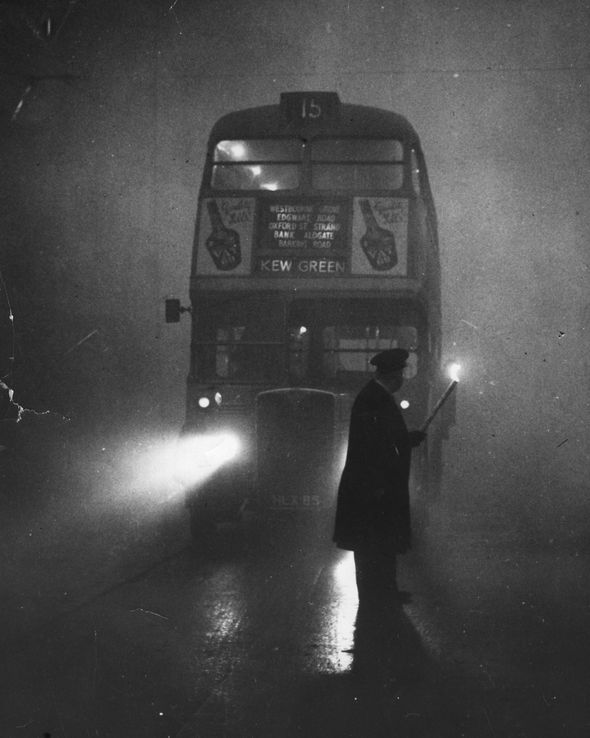 5. The Queen’s cousins were institutionalised

Season four dealt with the particularly sensitive issue of the Queen’s cousins Nerissa and Katherine Bowes-Lyon, who were the daughters of the Queen Mother’s (Marion Bailey) brother John Bowes-Lyon.

The two had been institutionalised in the Royal Earlswood Hospital in Redhill due to having learning difficulties.

Katherine and Nerissa’s cousins Ideonea Elizabeth Fane, Rosemary Jean Fane, and Ethelreda Flavia Fane were also admitted at the hospital and were the daughters of their maternal aunt Harriet.

The cousins’ existence became a public scandal in 1987 after the media revealed they had been sent there in the 1940s.

By 1987, the Queen knew about the cousins with Buckingham Palace issuing a statement confirming the monarch was aware about the confinement but said it was “a matter for the immediate (Bowes-Lyon) family”.

Historian Ed Owens said: “We are to assume that the Royal Family preferred to keep them hidden from public view.

“There is no record of their ever having received a visit from the royals.”

In season four, a subplot saw Mark Thatcher (Freddie Fox) going missing while participating the Paris to Dakar rally in 1982.

The episode in question created parallels between the Queen’s favouritism towards her children and those of Margaret Thatcher.

Mark did go missing as The Crown depicts after getting lost in the Sahara Desert for six days with a huge search party trying to locate them.

He said an interview after he was found: “I was never scared for my life. We would have had to be there four weeks before really getting in danger.

“Second, we still had all the radiator water. Also, I had stripped the tires off and was ready to burn them when we saw a truck go towards the salt mine.”

7. Princess Alice had an incredible life

Season three spent some time focusing on Princess Alice of Battenburg (Jane Lapotaire), the mother of Prince Philip (Tobias Menzies) who was brought to the UK amid ailing health.

In a moving episode, viewers discovered she led an incredible life after being institutionalised in mental facilities earlier in her life amid a schizophrenia diagnosis.

She later embarked on a life of charity work and even during World War II hid a Jewish family to keep them safe from Nazi persecution.

Although the interview with Guardian journalist John Armstrong (Colin Morgan) was fictitious, it served as a conduit to explore the life of a royal who was very different to the rest of her family. 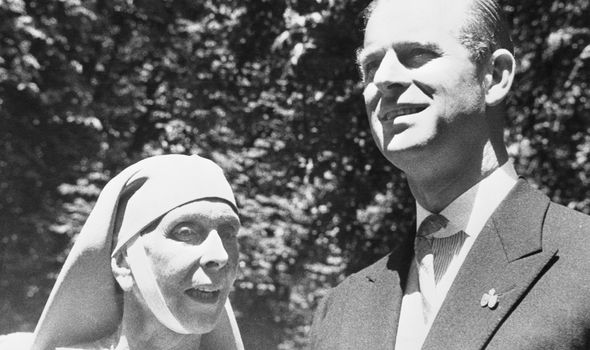 Season one featured an affecting episode in the so-called Great Smog of 1952 in which people were killed by the levels of pollution due to the lack of visibility.

To bring to the drama to this lesser-known historical moment, Morgan created the character of Churchill’s secretary Venetia Scott (Kate Phillips), who was killed after getting hit by a London bus in the smog.

Although Venetia was one of Morgan’s creations, she was meticulously researched and an amalgam of some of the young women who worked in Churchill’s typing pool at the time.

What’s interesting is The Crown ups the ante on this political and environmental crisis more so than it was at the time with historian Lacey commenting: “…the Great Smog was not experienced as a life-and-death crisis by Londoners long inured to the routine of their winter “pea-soupers” [thick fog caused by air pollution].”

His words suggest air pollution was already this bad, meaning in 1952 the severity of this fug smothering London wasn’t perceived as anything new until it began to worsen and spread across the south-east of England.

As suggested at the end of the episode, the Great Smog led to the Clean Air Act of 1956, a bipartisan piece of legislation with the government realising the dangers of air pollution on the population.

He called on the institution to modernise if they were to remain relevant in Britain rather than fading away like an old relic.

Just like in The Crown, he did invoke public outrage with his piece which “turned him into an arch-villain overnight”.

According to Hugo Vickers’ book The Crown: Truth & Fiction: An Analysis of the Netflix Series: “[Altrincham] saw the monarchy as being able to fire the popular imagination, ‘not just as a symbol of stability and continuity, but as a positive force for good in the world.”

After a meeting between Buckingham Palace and Altrincham, changes were made including the first televised Queen’s Speech in 1957.

The Crown seasons 1 to 4 are streaming on Netflix now