Home » 'The Nevers': Why It's Important That Amalia Can't Remember Maladie

HBO star tells TheWrap, “We learn a lot about Amalia’s ability to be in this world by how she interacts with Maladie” 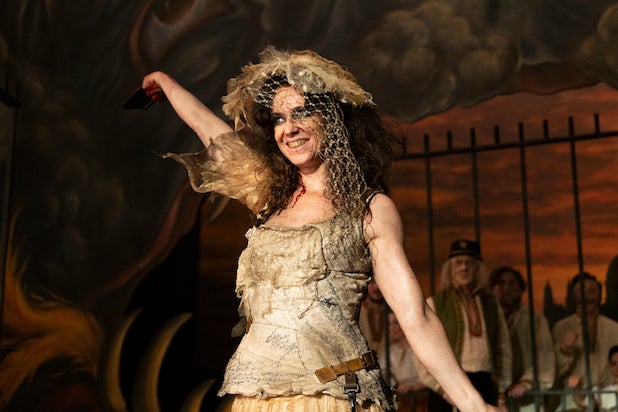 (Warning: This post contains spoilers for Episode 2 of “The Nevers.”)

If it wasn’t clear to you by the end of the series premiere of “The Nevers” that the villainous “Touched” woman Maladie (played by Amy Manson) has a personal vendetta against our heroine Amalia True (Laura Donnelly), then her twisted game in Sunday’s Episode 2 should have helped you to that conclusion. After all, it finally got Amalia there — though it did leave her (and us) with more questions.

During the hour, titled “Exposure,” Amalia is drawn to Maladie’s lair, where the disturbed woman is keeping her kidnapped victims: Mary (Eleanor Tomlinson), who she grabbed in the first episode, and Penance (Ann Skelly), who she snatched while Amalia was busy looking for Mary. Maladie has Bonfire Annie (Rochelle Neil) and her other followers put nooses around Mary and Penance’s necks and hold them on parallel ledges, telling Amalia she has to shoot one while the other will get to live. If not, they will both drop and their necks will snap simultaneously.

Amalia, being Amalia, decides to shoot herself in the stomach instead, which Maladie cries out is a “cheat” right before Amalia shoots her, too. Detective Frank Mundi (Ben Chaplin) and the police arrive in time to rush Amalia to Dr. Horatio Cousens’s (Zackary Momoh), where he is able to heal up her wound with his power, and help Mary and Penance down as Maladie escapes in the commotion. 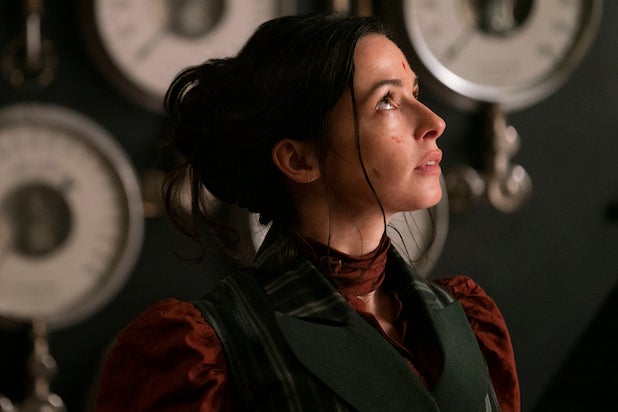 But before she got away, and before she forced Amalia to make a reckless but selfless choice, Maladie revealed that she not only knows Amalia (whom she calls “the woman who sheds her skin”), but that they were “friends.” And once Maladie calls her “Molly,” Amalia knows just who she is.

“Sarah. Sarah, I didn’t. Oh, God, I didn’t know what happened to you,” Amalia says to Maladie.

“What happened? You fed me to them,” Maladie tells her. “I woke up, every morning in their teeth that chewed me, cut me, raked me into tiny pits and then put me back and then ground me up and then put me back. And the two whole years of screaming while you dined on beef and ground up and never cared and never looked. You said you were my friend!”

“Because you had a mission,” Maladie replies. “Yeah, well, God gave me a mission, too. So now you do have a choice. If Mary is your new best friend, you must be done with that one.”

That’s when Maladie reveals the horrifying Mary-Penance setup, and Amalia says, “I do have a mission. I didn’t ask for it, I’m not cut out for it. But it matters. And it requires sacrifice.” Then she shoots herself, infuriating Maladie, whom she tells, “The mission, Sarah, it needs them. And not me. And not you.” Then she fires at Maladie, too.

So now we know that Amalia and Maladie’s pasts are intertwined, but we only have a few cryptic clues as to when and where these two crossed paths. We know that up until recently, Maladie was institutionalized, so it’s a possibility Amalia was too and that’s how they met.

And because Maladie gave us enough ramblings here to theorize about, we asked “The Nevers” star Donnelly what it all means — and why it seems Amalia doesn’t quite remember everything the way Maladie does.

“They do have a history and the stakes are very high in their relationship because of that,” Donnelly told TheWrap. “I think that this idea that Amalia doesn’t truly remember, and Sarah/Maladie, really does, that is something that will become clear over time. But I think what it does is begin to give us a sense of the psychology of Amalia. It tells us a lot about her that she is able to not remember a lot. And whether or not that’s a choice or is true, and how she may or may not use that to, possibly, her own advantage. I think that we learn a lot about Amalia’s ability to be in this world by how she interacts with Maladie and how she views that history that they have together.”