“It wasn’t starting off, like, these celebrities are drinking these kids’ blood,” Ashley Vanderbilt says of her progression of thought 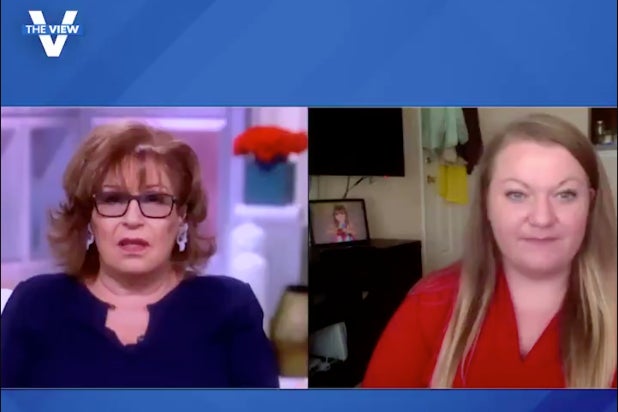 A former QAnon believer appeared on Monday’s episode of “The View,” speaking in detail about how radical conspiracy theories consumed her life and affected her family. When co-host Joy Behar asked Ashley Vanderbilt “what made you believe such crazy nonsense?” Vanderbilt gave some insight as to how people fall into their obsessive and ridiculous beliefs.

“I know it sounds crazy,” Vanderbilt admitted. “And so let me think of how I would try to explain this. So, when you start getting information from these groups — again, I had no idea that the birthplace of it was QAnon — it starts with something small. So, child trafficking is real. Sex trafficking is real. It’s a real problem. So when I got just the little bit of information that, you know, the government is doing bad things with these children, it wasn’t starting off like ‘these celebrities are drinking these kids blood’ and I was like yeah, I’m going to believe that. It didn’t start that way. It as really small. And you know, it piques your interest because as a mom, I want to protect my kid.”

According to Vanderbilt, that was the feeling that made her go full QAnon.

“I started diving in deeper. I started asking people that I trusted about this information. They would send me more information and it snowballed to just build bigger and bigger,” she said. “And so eventually, you just get that huge crazy theory and you believe it.”

With the recent reports of how the intensity of QAnon believers within families is tearing parents and children apart, co-host Sara Haines asked how Vanderbilt’s investment in QAnon affected her relationship with her 4-year-old daughter. The mom got tearful as she explained how it made her “emotionally unavailable” because she was too wrapped up in obsessing over all the chats and Facebook groups that come with being invested in the QAnon world.

“She was always taken care of,” Vanderbilt said. “But I feel like I couldn’t be there for her the way she needed me to be.”

Watch the clip below.