Rick Grimes is set to feature in a new series of films penned by The Walking Dead’s former showrunner Scott M. Gimple. Fans were predicting the former protagonist would turn up in this week’s episodes of AMC’s new spin-off the World Beyond, but had to settle for some cryptic references to the ongoing mystery.

Fan reactions have been pouring in following the extended finale of The Walking Dead’s divisive new spin-off for 2020, World Beyond.

The two-part episode aired live tonight, November 29 on AMC but was also made available for AMC Plus subscribers on November 26.

Episodes nine and ten, The Deepest Cut and In This Life, brought the spin-off’s first of just two ten episode seasons to a close with a well-rounded, action heavy finale.

Many TWD enthusiasts considered the first season of World Beyond to be rather shaky and unfocused compared to the flagship zombie series. 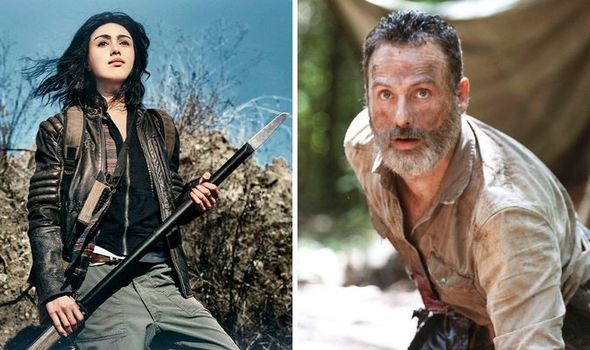 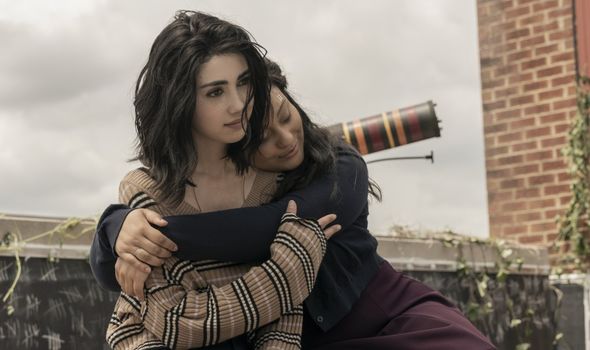 Thankfully, most fans considered this week’s instalment a considerable improvement in comparison to the lukewarm responses to the start of the spin-off.

Following last week’s revelation that Huck (played by Annet Mahendru) had been working with the Civic Republic Military the whole time, this week saw her face off against survival instructor Felix Carlucci (Nico Tortorella).

Meanwhile, teenage survivor Iris Bennett (Aliyah Royale) and Hope (Alexa Mansour) could be poised to take down the CRM’s shady operations in the next season.

Reactions to this week’s double dose of The Walking Dead were largely positive, though parts of the audience were still disappointed it couldn’t match up to the heights of the original series. 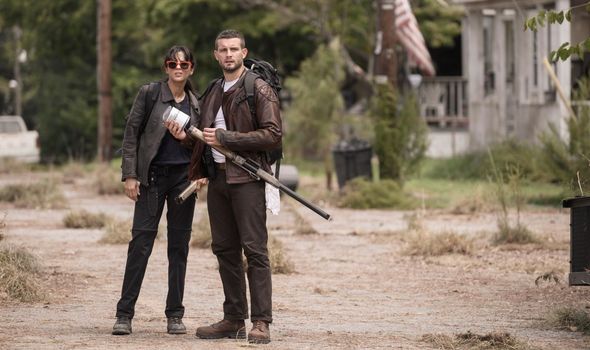 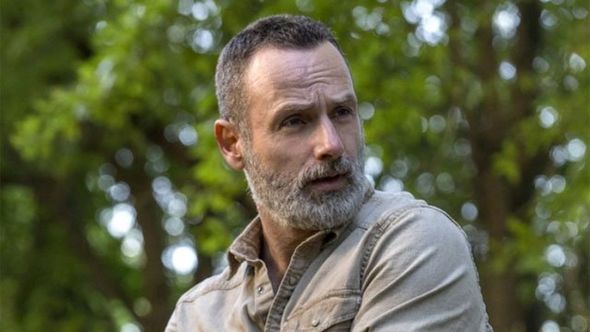 One fan praised the finale and posted on Reddit: “I found these two last episodes the best for me.

“The whole season was basically character development but now my mind is racing on the possibilities of the final season’s story arcs.”

However, another wasn’t so positive and wrote: “Iris is to me the most dull and empty character of all The Walking Dead.”

Criticisms have been levelled at newcomers to the series such as Iris Bennett, which may not bode well for the future of the zombie franchise.

DON’T MISS:
Yellowstone’s Jimmy star on real reason for relationship with Mia [INTERVIEW]
Lucifer season 5b: Lucifer missing in new footage of Chloe Decker [VIDEO]
The Mandalorian theories: Grogu turns to the dark side of the Force [THEORY]

Although World Beyond will be ending after its second season, many viewers are suspecting some of the characters will crossover into the slate of upcoming TWD offshoots.

One fan in particular was convinced Hope’s infiltration will reveal more about the CRM’s cruel tests on walkers in their ongoing quest to find a cure.

They speculated: “It’s a lot with only one more season with 10 episodes left but the direction is there.”

“I can see some of this still being a build up for the Rick movies. Count me excited!!”

And another fan added: “I bet these characters will be in the Rick movies and some of this will be answered in the trilogy.”

Theatrical releases are currently in standstill during the coronavirus pandemic, but the showrunners have assured fans screenwriting is going strong and Rick will be back on screens soon.

This article contains affiliate links, we may receive a commission on any sales we generate from it. Learn more