This Is Us gave us a new clue about Randall's birth mother in a sweet and cozy episode of the NBC drama. 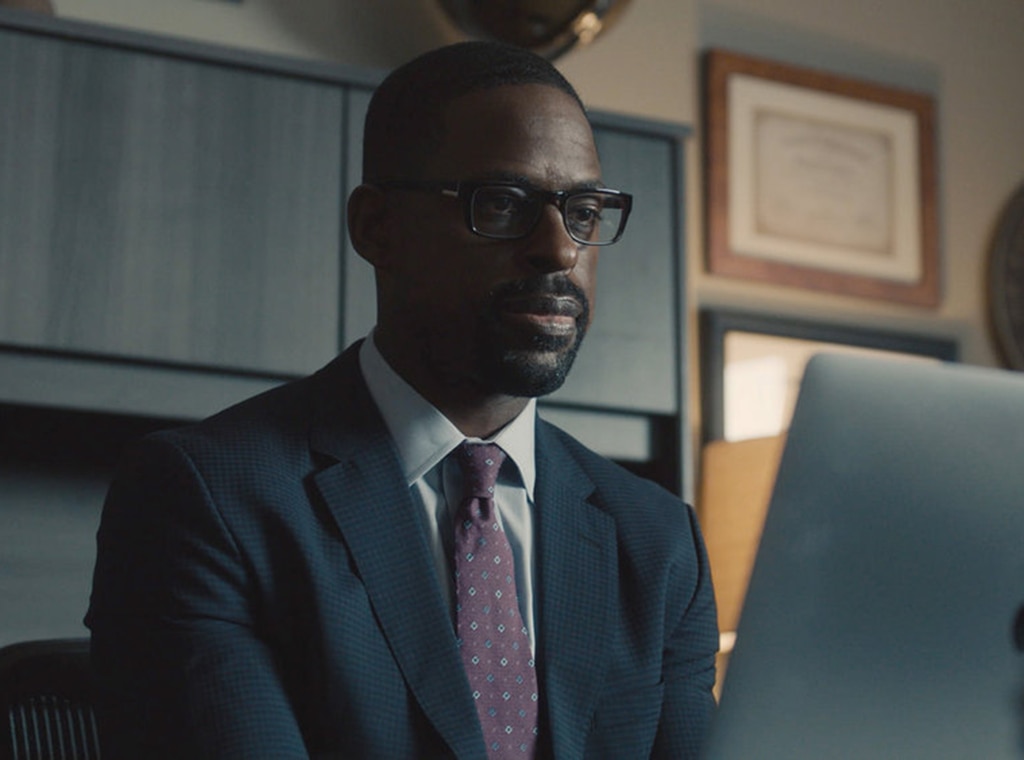 That might have been the coziest episode of This Is Us yet.

"Changes" certainly wasn't without its conflict, but there was something about it that was just so nice and pleasant. Creator Dan Fogelman described it on Twitter as "warm and fuzzy" and yes, that's exactly what it was. Randall has found himself a new therapist who's already got him working on some of his troublesome childhood memories. Kevin and Madison are getting to know each other. Kate and Toby are on their way to adopting another baby, and the little versions of the Big Three aren't so little anymore.

The biggest surprise of the episode was a subtle one. Throughout the hour, we got to know a Vietnamese man and his granddaughter. He was teaching her how to fish and how to cook, and he told her he liked to cook for a specific woman. That woman turned out to be Randall's birth mother, who was only seen in photos in the man's home.

That's all we know so far about the woman who secretly survived childbirth and for some reason never sought out William or Randall after her near-death, but the Vietnam aspect does make us wonder if she'll be somehow related to Jack's time in Vietnam, which was heavily covered in season three.

Beyond that, "Changes" mostly just kept the train rolling towards the future we've already gotten glimpses of. Kevin has twins, though we don't know if he and Madison ever actually make it to marriage. Baby Jack gets an adopted sister named Hailey while Kate and Toby are still dealing with their own ups and downs. Tess eventually becomes a social worker, though her dance/rap video about how much her teacher sucks doesn't quite have us headed in that direction just yet.

Inside the Truly Bizarre Aftermath of Brittany Murphy's Sudden Death

How Corey Gamble Cemented His Place in America's Most Famous Family

Season four was the first season of this show that was focused more on the future than on the past, and it also happened to be the show's best season. So far, season five is back in the past and we haven't gotten any flash-forwards just yet, though Fogelman said in an interview with THR that the show is "not backing off of" flash-forwards and a big one is on its way.

As we wait for more hints of the future, scroll down for everything we know so far.

Randall isn't present at the family cabin for the Big 3's 40th birthday in Aug. 2020 because, as Kevin reminds Rebecca, they aren't speaking to him. We found out why in the season four finale: Kevin and Randall had a massive fight, during which they both said some things it's going to be hard to come back from. Rebecca is also very unwell by this point, and gets lost while running an errand.

This scene finally aired in the season five premiere, but Rebecca was not doing as badly as we feared. That episode was caused by mixing her medication with an antihistamine.

By Aug. 2020, Kevin is expecting not just one but two babies with the pregnant Madison. At the cabin, he calls her his fiancée, so apparently she becomes a lot more than just a one night stand who accidentally got pregnant.

This aired during the season five finale, and we learned that Kevin and Madison are not exactly a happily engaged couple just yet. They got engaged after a slightly scary trip to the doctor and are still getting to know each other. It's not exactly a traditional situation.

We knew about Kevin's middle-school-aged son since we saw him as the family gathered for Rebecca, though we don't yet know his name.

Kevin's daughter was a surprise from the season four finale, since Madison revealed she was pregnant with twins.

We saw Kevin rediscover a sketch his dad had made of the house he wanted to build, and now we know he had that house built on the hill next to the family cabin.

By the time this family gathering takes place 12 years after the birthday party at the cabin, Kevin and Randall have apparently mended things. Hopefully it does not actually take 12 years to repair their relationship.

Despite some questions about whether Randall and Beth's marriage might make it, they're still happily together in the future, which is good to know.

He says when he arrives at Kevin's house that he talked to Jack, and "they're on their way." We assume that "they" includes Kate, but we don't know, since there's no mention of her. Kate is one of the few who has not yet appeared in this future story yet (along with Miguel).

Nicky plays a significant role in the family by the time they all gather in Kevin's house in the future. He's sitting by Rebecca's bedside, and Randall asked about him when he arrived at the house. He is also wearing a wedding ring.

By 12 years in the future, Rebecca's health seems to have deteriorated. Randall has to reintroduce himself when he visits her.

This is what Kevin looks like in the future. That's all.

Kate and Toby's son Jack grows up to be a successful singer. In the latest flashforward, he and his wife Lucy have just had a new baby named Hope.

The season four finale revealed that Kate and Toby were adopting a daughter, revealed to be played in the future by Adelaide Kane. Her name is Hailey, she works at an art gallery, and she dropped everything to be there to visit her brother's new baby in the hospital.

E! and NBC are both part of the NBC Universal family.