It’s official: the countdown begins for This Is Us Season 5 finale which airs Tuesday, May 25 at 10:00 p.m. ET on NBC. If you haven’t stockpiled tissues yet, you’re going to want to. With so many questions left unanswered about Kevin (Justin Hartley) and Madison’s (Caitlin Thompson) wedding, producers warn not to sleep on the last five minutes or you’ll miss some key pieces. 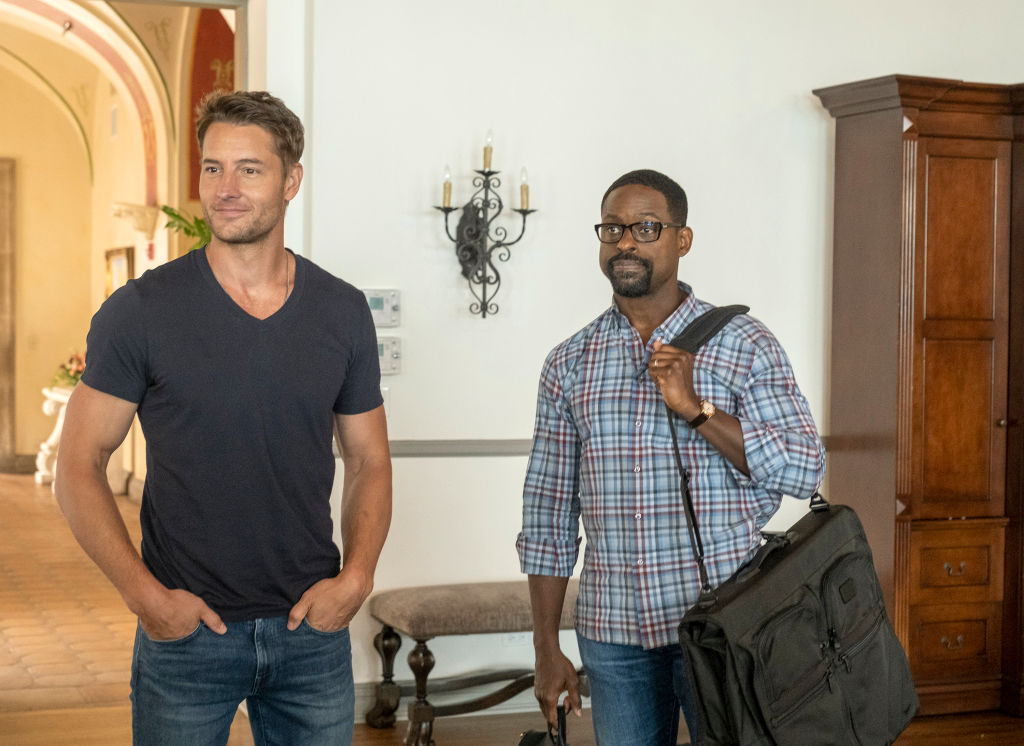 Despite multiple seasons of Kevin’s on-again-off-again love story with Sophie (Alexandra Breckenridge), all signs point to marriage with Madison. Writers attempted to toss a few red herrings in for distraction but some fans still think Sophie is the endgame.

“Both Kevin and Sophie have said “you are the only person I ever truly loved” to each other,” one fan posted to Reddit.

“I still think him and Sophie will end up together. And until the final episode that’s what I’m gonna go with,” another added.

However, there are just a many that believe the Kevin-Sophie saga has run its course.

“I think if Kevin & Madison get married, then they will stay married,” a fan said.

“There were plenty of time since the beginning that they could’ve made Madison one of the show’s star,” another added. It’s not realistic for Kevin and Sophie to get back together. I think the damage between them is done.”

Whatever happens with the wedding, producers emphasize the final few minutes are where the big reveals come.

In true This Is Us fashion, the biggest pieces of the over-arching stories will present in the last few minutes of the season 5 finale.

“It’s really satisfying and twisty,” co-showrunner Isaac Aptaker told Entertainment Weekly. “We give some big answers and then we ask some brand-new questions, and I think this really strikes the perfect balance between the two.”

He continued: “People are definitely going to want to have [eaten] their snacks and have taken all of their bathroom breaks and be rooted in front of the TV for our last five minutes.”

Those reveals could open more questions in the future flash-forward, as the last few seasons have done. We know that Kevin is married with twins in that flash, but we don’t know if it’s to Madison. We can’t put it past writers to toss in a different relationship in place of Madison — especially since some fans aren’t feeling the lack of “true love” between her and Kevin.

Regardless of what we learn, we know This Is Us will give us a lot to dissect until season 6 arrives.

How to fill the ‘This Is Us’ void after the finale

Since it’ll be a bit until we can collectively cry over the final season of This Is Us, we scouted out where to catch some of the show’s stars. Newly blonde Mandy Moore is a new mom with no new projects on the way. We can hope for music with her husband, Taylor Goldsmith. The last album, Silver Linings, released in early 2020.

Moore’s on-screen daughter Chrissy Metz has new music, but also no new TV or movie projects ahead just yet. Hartley has a few gigs lined up — The Exchange, A Lot of Nothing, Senior Year, and an untitled Netflix project in pre-production.

Chris Sullivan is also a new parent with an episode of Marvel’s What If? debuting in August 2021. Jon Huertas will be in Typhoon: We’re In It and rumored to appear in the forthcoming The Last Transport (in pre-production).

As for beloved patriarch Milo Ventimiglia, there aren’t any acting credits lined up as of now. He’s been wearing his directorial hat more often. His production company, Divide Pictures (with long-time friends Russ Cundiff and Deanna Harris), recently announced military drama, Generals Row, and family drama, The Farm in the works.