The presenter joked the illusionist had made him 22 minutes late for work after he got stuck in traffic and missed the start of the show. 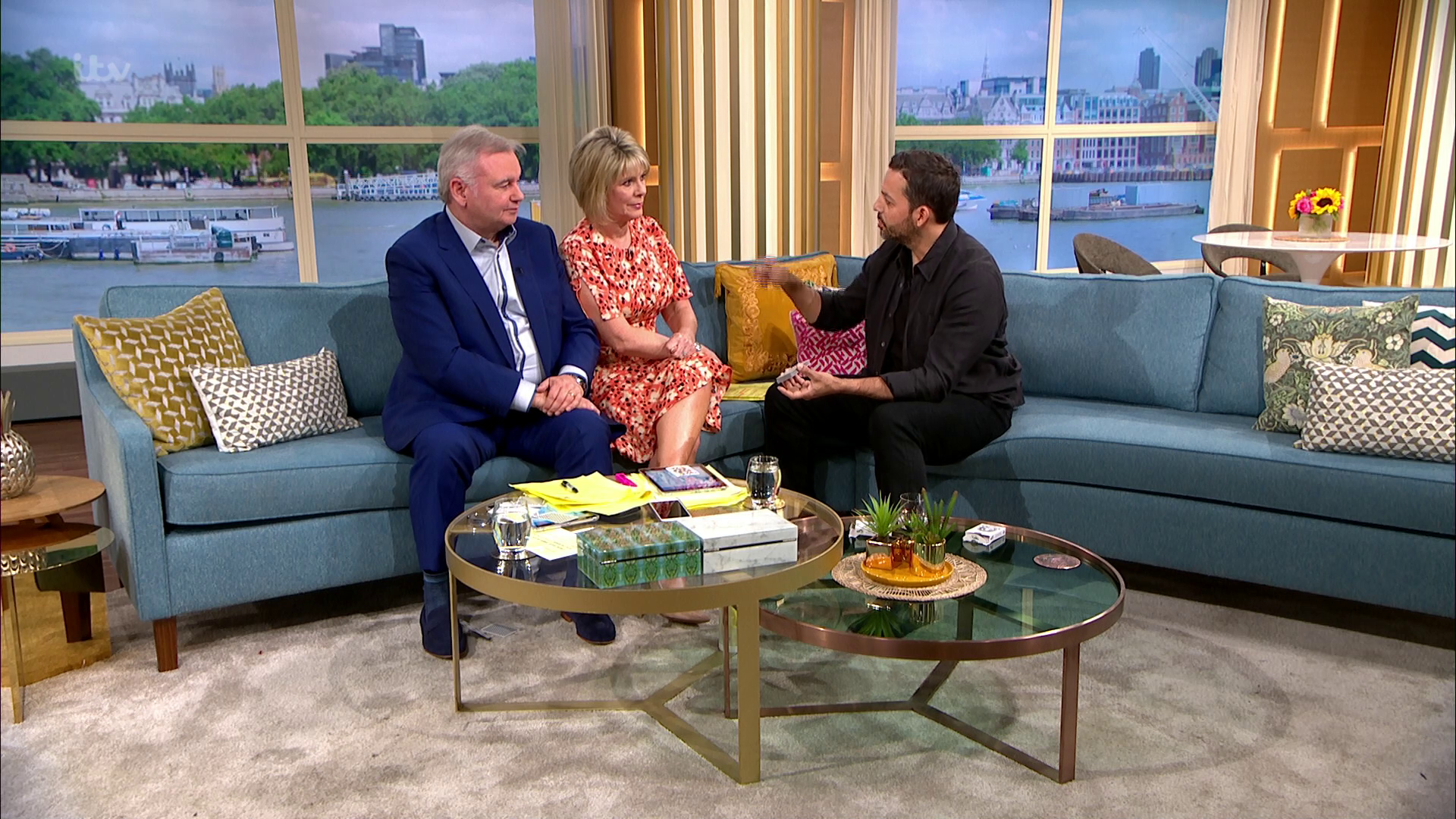 While he wasn't responsible for the accident in London this morning, the magician did admit he refused to speak during that infamous 2001 interview to make it "awkward on purpose".

David said: "We were all talking in the green room before the show with all the guests friends and family.
"I noticed no one was watching their friends go on, so I thought 'I'm going to make sure everyone looks'.

"I thought a card trick would be boring. 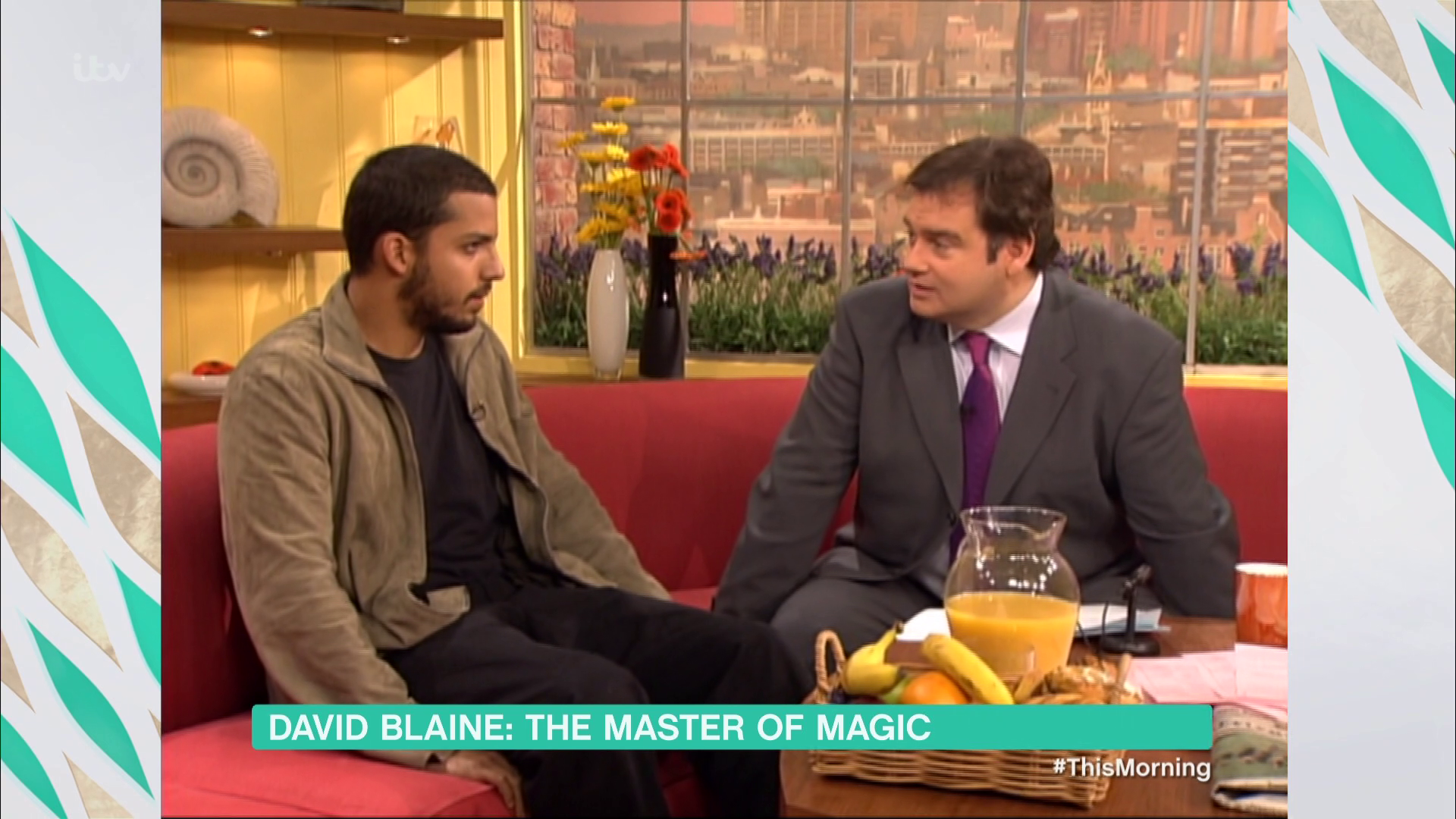 "At the last minute I came up with that idea and thought it was funny."

Eamonn said: "I'm glad one of us found it funny.
"My hair turned grey right after that. Don't you think that was wicked and cruel?

"It was the longest 6 minutes of my life."

But today the pair finally put their troubled relationship in the past and made up.

David Blaine went on to entertain Ruth with his incredible card tricks – and stunned Eamonn by producing a folded up card from underneath the presenter's watch.