THIS Morning's Phillip Schofield and Holly Willoughby laughed uncontrollably after a failed cross to their resident mixologist.

The popular hosts opened the show with a rundown of what viewers could expect on today's episode, with one segment dedicated to Halloween themed cocktails. 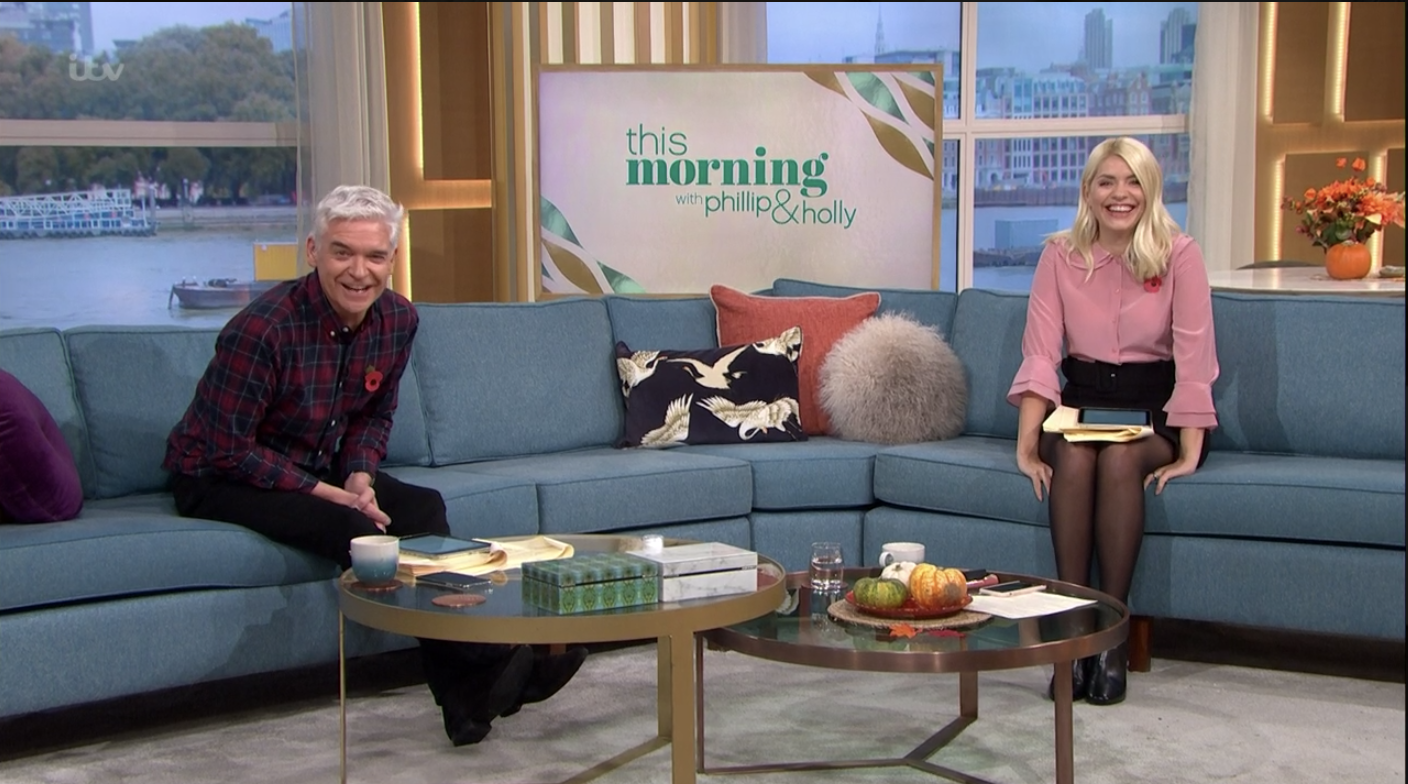 Phillip and Holly tried to throw to their cocktail maker to ask him what cocktails he would be making later in the show.

"What will you be making for us?" they asked.

But he missed his cue and just smiled towards the camera while holding up a drink.

Holly tried to ask him again what they can expect from his segment, but did not get anything from the chef. 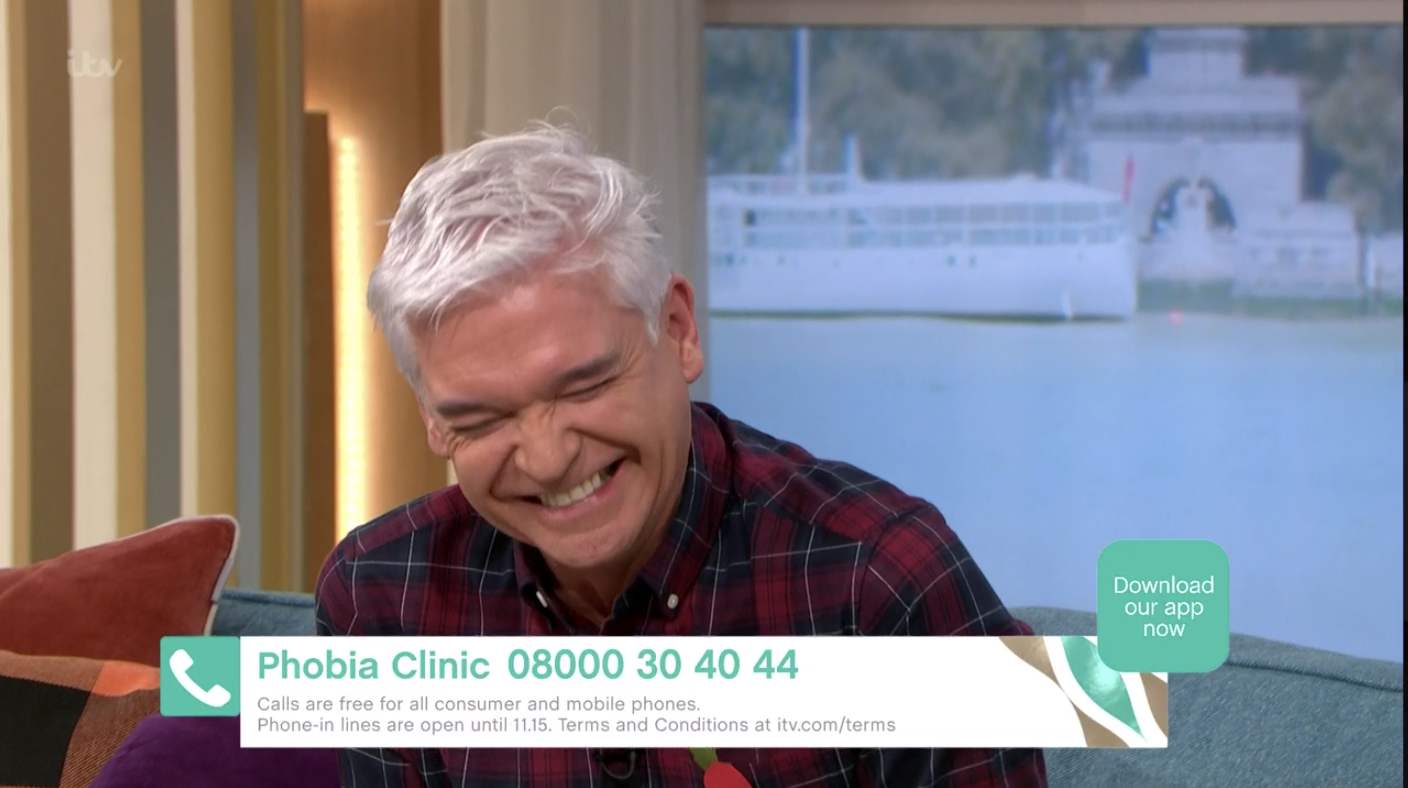 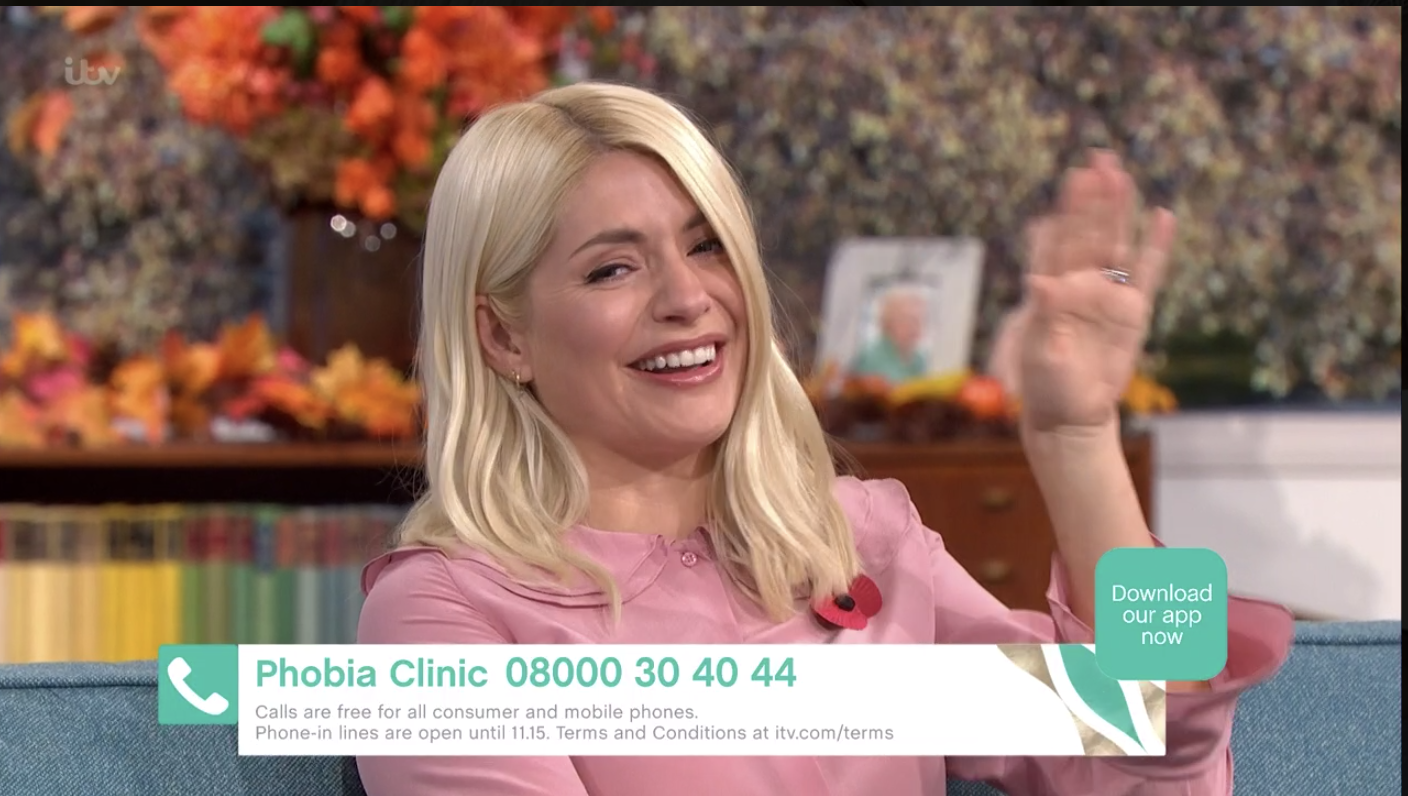 "I'll have what he's having," Holly joked.

The pair burst into laughter, with Holly struggling to get air in and it went on throughout the intro.

Even though the managed to get through the more serious topics in the intro, they lost it again when Holly randomly finished off the terms and conditions for the popular 'Spin to Win' game. 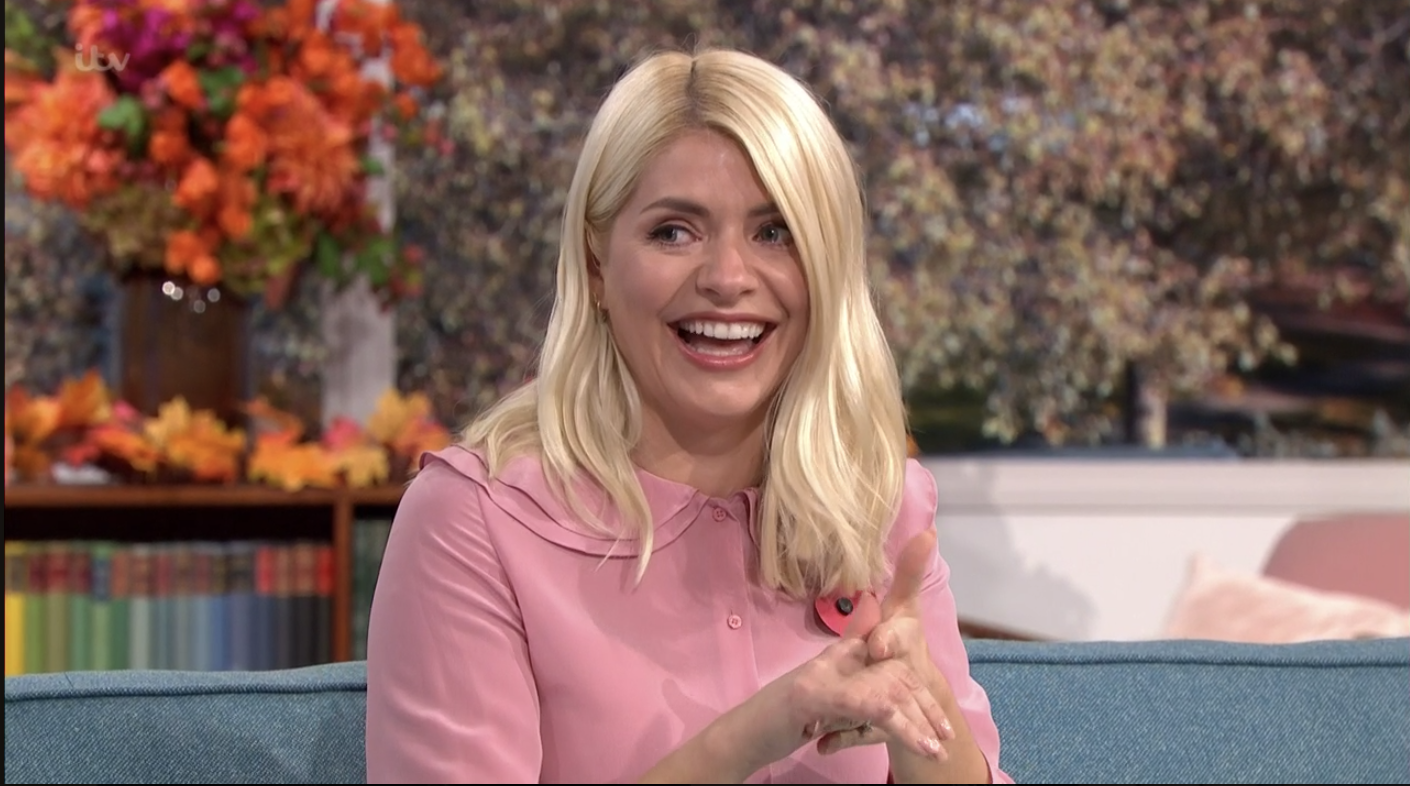 But the pair were in hysterics again at her statement with Phillip saying, "it's like a random phrase you just say."

Viewers joined in with the laughter and loved the lighthearted start to the show.

One Twitter user wrote: "Off they go with laughter again," alongside some laughing face emojis.

But some viewers felt sorry for Phil who missed his cue. 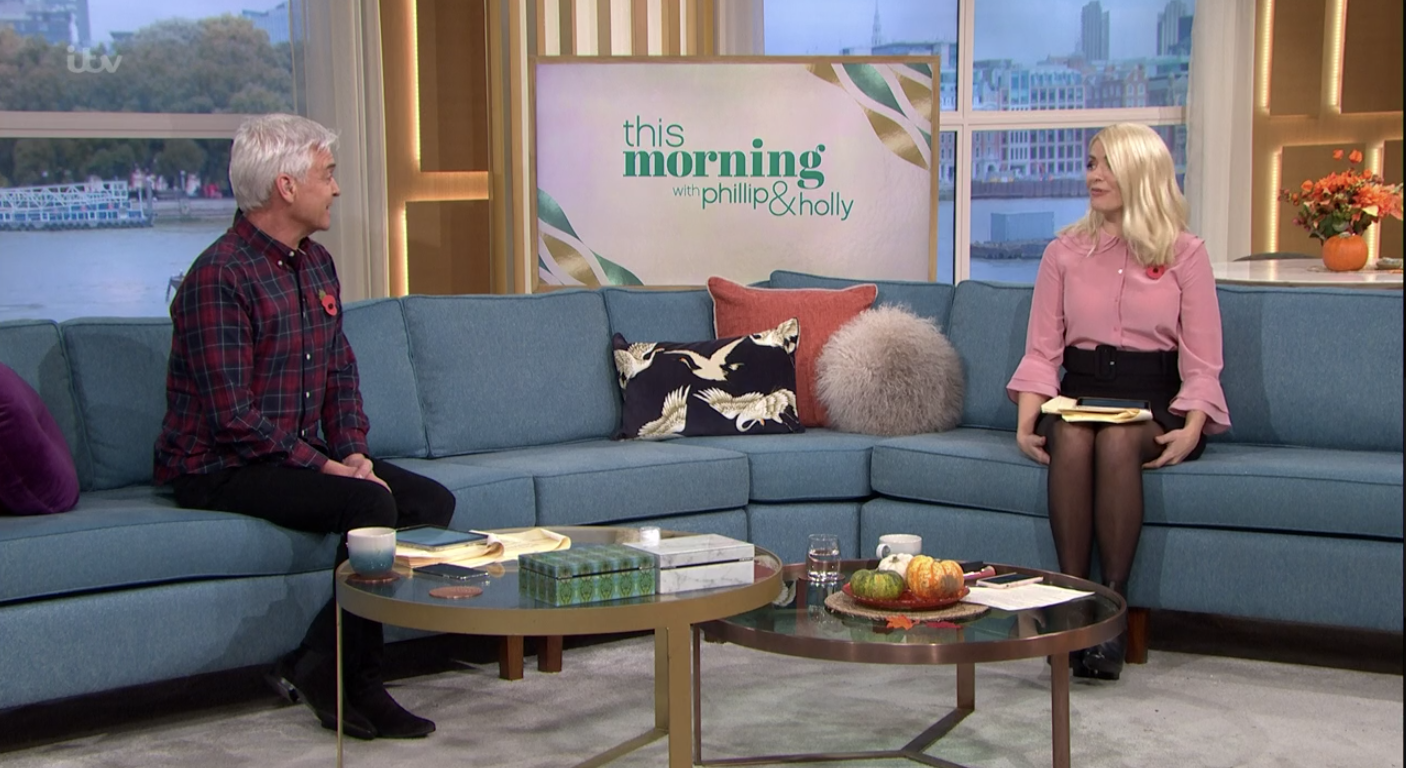 "How long has that guy been stood there with them two drinks," one viewer asked.

The fun moment came after viewers were left fuming yesterday at a Christmas tree on set two months early.

Viewers were perplexed to see a tree complete with festive ornaments twinkling lights erected before we've even had Halloween.

A number of fans took to social media to rage before realising that it was just for a Christmas gift-giving segment. 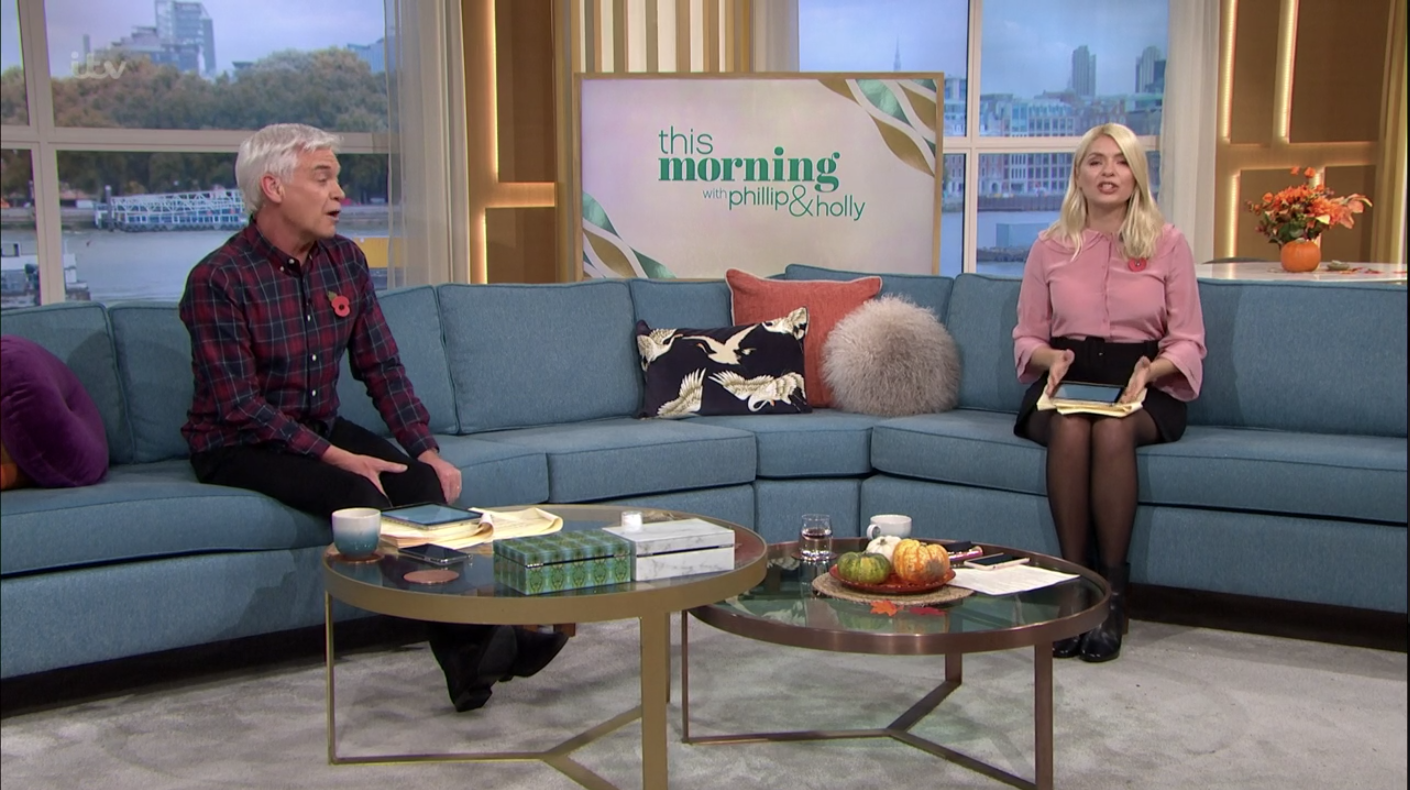 One livid fan wrote: "Good morning, Oh no! Is that a Christmas tree I see on set?"

Another added: "Christmas tree? Not even been Halloween or Bonfire Night yet?" 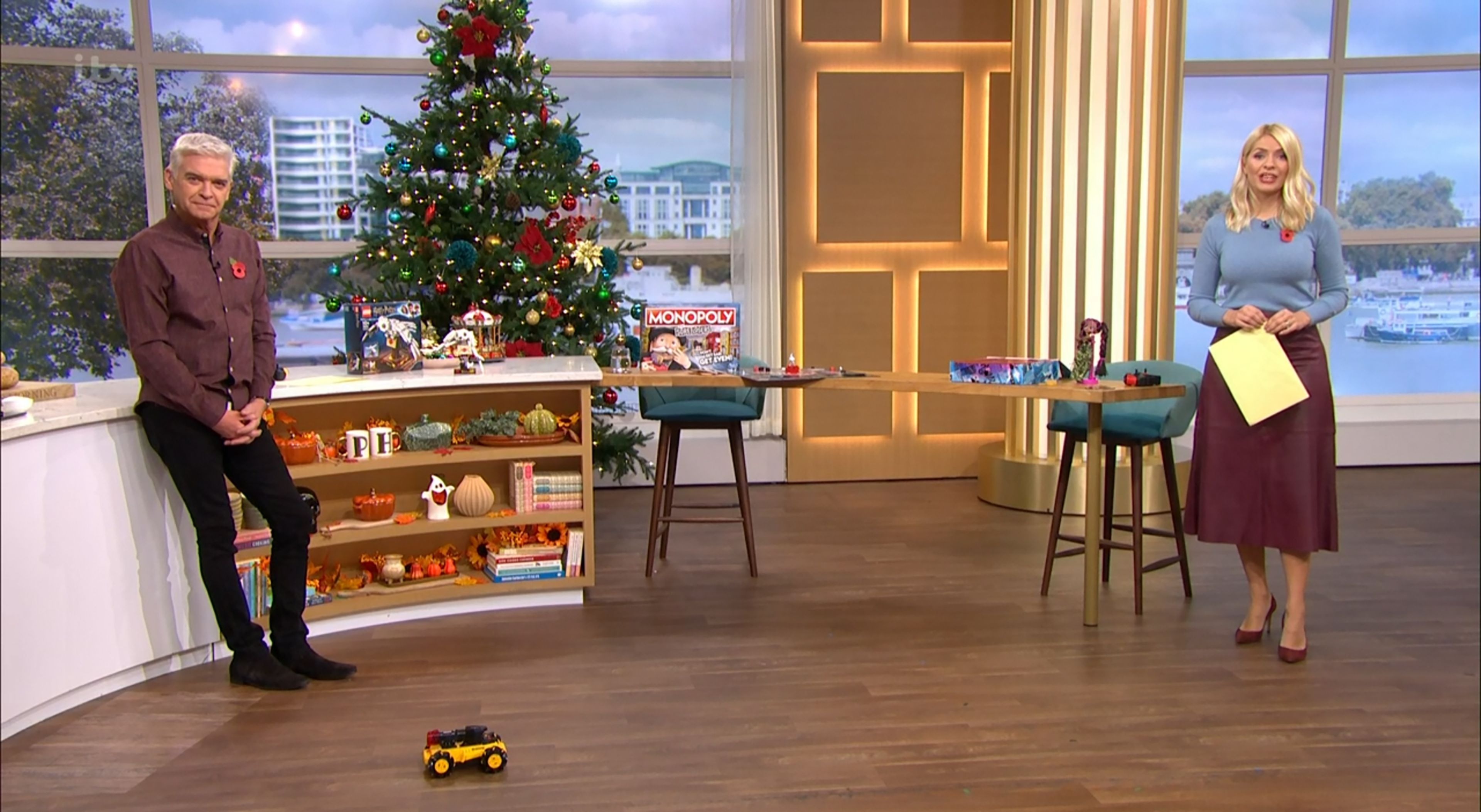 But viewers had jumped to conclusions as the tree was merely up for a segment about toys to give this Christmas.

Later in the show, the tree was removed and replaced by ghoulish Halloween décor.

Holly and Phil were surrounded by pumpkins and seasonal Halloween toys, including a skeleton in place of the Christmas tree.