We’re only a few episodes into The Bachelorette and yep, there’s already drama brewing between the contestants. In case you missed it, 34-year-old Karl Smith told Katie Thurston last week that he ~suspected~ some fellow contestants weren’t here for the…wait for it…RIGHT REASONS. Basically, Karl voiced his concerns (to quote: “there are some people that don’t have the best intentions”), Katie ended up telling anyone there for the WRONG REASONS to “get the f*ck out,” all the dudes proceeded to get mad at Karl, and now we’re heading into a new episode with the vibes more than slightly awkward. And by that I mean…Karl asked the person who he thinks is there for the wrong reasons to fess up, so far they haven’t, and it’s all very uncomfy. As Karl himself put it, “She’s upset; everyone’s upset—I get that!”

TBD how Katie’s relationship with Karl progresses as the season goes on (actually, we know whether or not he makes it to the final four if you’re into spoilers) and whether his beef with this season’s “villain,” aka Thomas Jacobs, will resolve itself (this is me speculating based purely on the trailer for tonight’s episode, TBH), but clearly, it’s time to get to know him better. On that note…

Karl Is a Motivational Speaker

So if you ever need to be motivated, you know where to look! This also kinda (maybe?) explains why Karl felt compelled to voice his concerns to Katie regarding other contestants—clearly he’s used to being open and honest and speaking his mind! Anyway, if you’re in the mood to be motivated, look no further than Karl’s Insta, @karlsmithinspires:

According to Karl’s website, he is the CEO/founder of Next Level Success and specializes in empowering entrepreneurs and business professionals, and his “mission is to empower the next generation of business leaders worldwide and to help them attain results they never thought possible.” Got it!

He’s Had a Hard Time Committing in the Past

According to Karl’s ABC bio, “He has had long-term relationships in the past but says he has had a hard time fully committing because his professional goals have outweighed his personal ones.” BUT!!!! “Now, all that has changed, and Karl is ready to make finding his wife the priority. He is looking for someone with whom he has off-the-charts chemistry. She should be fun and spunky and also love those same qualities in him.” 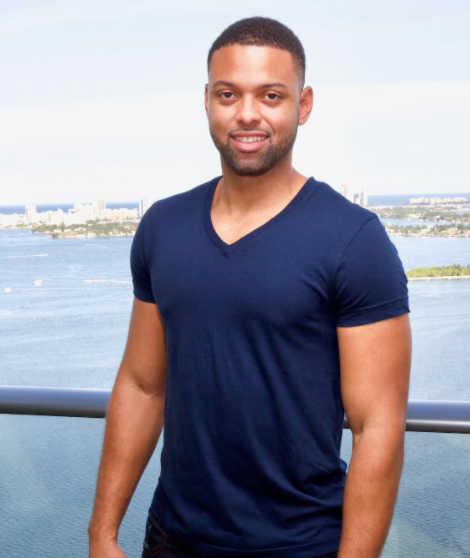 Also, just FYI, Karl still has plenty of pics of his ex on his public Instagram so clearly they ended things on decent terms. Or he just never got around to deleting his old pics—either way!

Much like SHAKESPEARE, Karl loves himself a love poem. Per ABC, “Karl is the type of guy who will take you jet skiing on a date and then read you a poem he wrote himself; nothing is off the table with Karl. For Karl, life is an adventure that always needs a little extra spice, and if Katie is ready to turn up the heat, then they’re bound to hit it off!”

Behold, Reality Steve revealing Karl as a contestant for Clare back in March 2020: